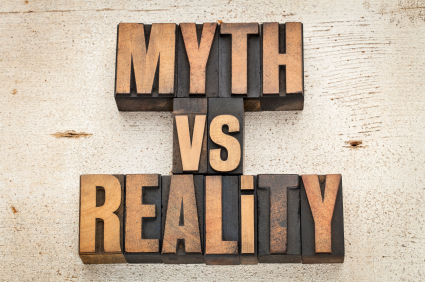 Is the cholesterol/saturated fat saga repeating itself with GMOs?

The saturated fat/cholesterol myth has now been with us for over 40 years, causing untold damage to health.  Fortunately, that myth is now being busted in real time.  A parallel scenario is developing with genetically modified organisms (GMOs) – with the additional factor of permanent consequences for the environment.  This cannot be allowed to happen!

From the 1950s onward, when Ancel Keys found apparent correlations between coronary heart disease, cholesterol and saturated fat, whole industries grew around the questionable ‘lipid hypothesis’.  The food industry prefers processed vegetable oils over natural saturated fats, since they are liquid at room temperature, cheaper to produce and therefore more profitable. The drug industry has made billions of dollars out of cholesterol-reducing statins.  Four decades on, the position benefitting industry is maintained, with contradictory findings consistently ignored, and warped public health policies still in place.  Essentially, the low-fat high-carb diet pushed by governments has had no effect on the burden of chronic disease in western countries – in fact, it is highly likely a major contributing factor.

We are now seeing this myth crumble before our very eyes. Mainstream cardiologists are speaking out in respected medical publications. Even mainstream television has caught up: two recent Australian programs took aim at the cholesterol/saturated fat myth and statin drugs – although these may have taken liberties with Justin Smith’s earlier, excellent, $tatin Nation.

The ‘safe GMOs with benefits’ myth

‘Safe’ genetically modified crops and foods and their widely touted benefits are a similar myth that has been emerging over the last two decades.  Once again, the myth is backed only by questionable corporate science.  Just as with processed vegetable oils vs. saturated animal fats, a growing number of studies are revealing serious health and environmental risks associated with GMOs and their accompanying pesticides. A new study from ANH-USA finds that exposure to glyphosate, an ingredient in Monsanto’s herbicide Roundup is linked to very serious human health issues – including birth defects, miscarriages and cancer. Another myth is slowly being deconstructed before our very eyes!

Big Biotech and its powerful allies work hard to counter, ridicule or suppress any science or scientists that seriously criticise GMOs. Cash-starved academic institutions help to dress up and sell the technology, while government propaganda works to foist GMOs upon us, and to assure us that the technology is safe and beneficial.

The parallels with the food industry are, again, startling. It was instructive to see the UK government respond to the publication of the saturated fat ‘debunking’ by announcing a new partnership with Big Food. The food industry will reduce saturated fat in more products, while leaving the guilty party – sugar levels – untouched.

Let’s not let history repeat itself!

To summarise: both low-fat dietary recommendations and GMOs are propped up by imaginary ‘benefits’ backed by corporate science. The only real difference is that GMOs pose even more catastrophic health and environmental effects!  We must take drastic action in stopping the development and spread of GMOs throughout the world, as in this case, there may be no turning back.  GMOs, if left unchecked, have the potential to permanently alter our environment.

This article was based on an original idea by Paul Lynch.