Home News Can you be overweight and healthy? New study suggests not 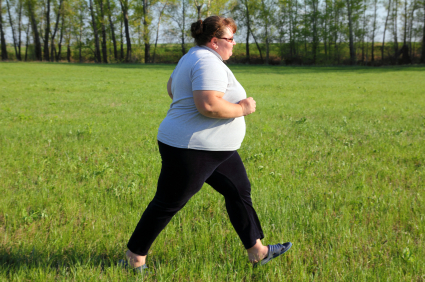 Can you be overweight and healthy? New study suggests not

Meta-analysis suggests excess weight kills us quicker, regardless of our metabolic status

A long-standing controversy in obesity research may have come one step closer to being resolved. The latest research on the subject largely dispels the paradox suggested by a previous ‘study of studies’ that indicated slightly overweight people might be better off than normal-weight ones. It’s all common sense really, and should in the long-term trigger more people to either lose weight or maintain a healthy weight. 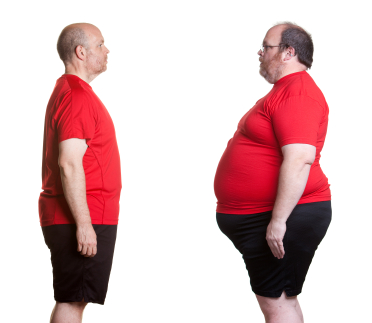 In January, we reported on a systematic review and meta-analysis involving 97 studies and 2.88 million individuals, which indicated that it may be possible to be both overweight (BMI ≥25 and <30 kg/m2) and healthy. Paradoxically, it appeared that being a bit overweight may provide some kind of survival advantage over normal-weight people.

But a new systematic review and meta-analysis by a Canadian team from Mount Sinai Hospital, Toronto, led by Caroline Kramer and published in the Annals of Internal Medicine, provides a little more insight into the long-term prospects of carrying excess weight. And let’s face it: those prospects aren’t great.

The analysis, using much tighter inclusion criteria that selected only 12 studies involving around 67,000 individuals, examined risk of death and cardiovascular (CV) events among normal-weight and overweight or obese groups that appeared either metabolically healthy or had metabolic syndrome.

What did the study say?

Three main findings emerged, as shown below. For those who are overweight, the results are perhaps not as comforting as January’s Flegal et al analysis:

While meta-analysis of observational studies is theoretically not the most statistically powerful tool, it remains one of the few available. And Caroline Kramer and colleagues did a good job of attempting to rule out the effects of bias among the evaluated studies.

Some answers – and more questions

Obesity has a complex relationship with risk of death, and no single study is ever likely to provide the definitive answer. View this research as the latest piece in the jigsaw, to be read in conjunction with the January paper, and a clearer picture begins to emerge.

This meta-analysis shows clearly that obesity increases overall risk of death and CV events in the long term, even in metabolically healthy subjects. Not only that, but unhealthy metabolic status boosts your mortality and CV risk regardless of your weight. But what of so-called ‘benign obesity’? According to the authors, “Our results do not support this concept and show that there is no “healthy” pattern of obesity”. However, this is only partly true in the case of metabolically healthy subjects. Yes, statistically significant adverse changes occurred in various clinical parameters in the higher BMI categories, compared with normal-weight subjects; but these changes did not translate into increased risks for all-cause mortality or CV events in the overweight group.

Obesity is not healthy!

Our earlier article proposes several explanations for the apparent benign – or even beneficial – effects of overweight and mild obesity (BMI 25–30 kg/m2). However, as the holiday period and its processed carbohydrate, energy-dense bounty approaches, we’ll leave you with three thoughts from that article and the findings from this latest meta-analysis.

Firstly, those least likely to succumb to a heart attack or stroke and then die are both normal weight and physically active. Secondly, that overweight or obesity may represent the body’s survival response to an unhealthy, sedentary lifestyle. Thirdly, carrying excess weight of any type will increase your long-term risk of succumbing to one of the big killer diseases, be it heart disease, cancer or diabetes.

That’s a good reason for moderation during the festivities, along with some carefully selected non-sedentary behaviour (dancing for example?) if ever we heard one!