Home News Could paracetamol (acetaminophen) be linked to autism, ADHD and asthma in children? 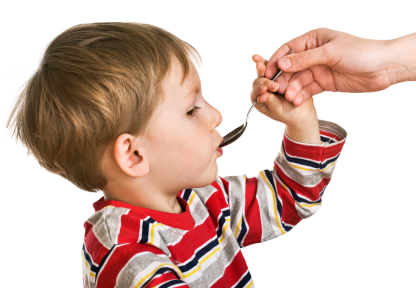 Could paracetamol (acetaminophen) be linked to autism, ADHD and asthma in children?

With the jury still out as to definitive mechanisms triggering autism epidemic, we look at a new report that suggests a possible link with the common painkiller

It is thought that at least one in 90 children develop autism. Some estimates put it as high as one in 50. Even more disconcerting, the incidence continues to rise with around a four times higher risk among boys compared with girls. Could there be a link with the use of paracetamol (acetaminophen) in popular brands like Calpol and Tylenol?

The jury is still out on definite causes for autism. There is increasing consensus that underlying genetic susceptibility, especially from studies of identical twins, may predispose some children to autism. With such predisposition, assaults following exposure to particular environmental stimuli may act as triggers, be they pathogens, chemicals or other stressors. Even the European Commission recognises that a dysfunctional immune system may play a role. Gluten in cereals could be another factor, and it is now increasingly being established that Andrew Wakefield’s key area of original research interest, gut disturbance or dysbiosis, is strongly correlated with autism.

The reality is that autism is a complex of conditions, and it is no surprise that the triggers themselves may be equally complex. But the fact that autism isn’t near the top of the agenda of health authorities around the world is staggering considering the scale of human suffering, along with the social and economic strife it will cause in the decades ahead. One can only surmise that this may have something to do with the lack of a magic bullet, in pharmaceutical form, for autism. Ritalin, commonly prescribed for autism, appears to do more harm than good. 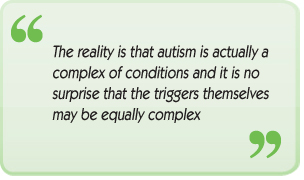 What about paracetamol (acetaminophen), sold under brand names such as Calpol and Tylenol?

William Shaw PhD is the founder of Great Plains Laboratory in the US that offers a wide range of tests to help clinicians develop appropriate integrative strategies for their patients. Prior to founding Great Plains Laboratory, Dr Shaw worked for Centers for Disease Control and Prevention (CDC), Children's Mercy Hospital, University of Missouri at Kansas City School of Medicine, and Smith Kline Laboratories. He is the author of Biological Treatments for Autism and PDD, originally published in 1998 and Autism: Beyond the Basics, published in 2009.

Dr Shaw has published an article in the recently established, peer-reviewed Journal of Restorative Medicine. In it, he makes a case for why paracetamol use after MMR may play a role in the development of autism. Post-vaccination paracetamol administration is a very common practice by parents and doctors wishing to dampen the fever-related side effects of the vaccine.

Low incidence of autism in Cuba

Shaw focuses on an intriguing aspect of the undoubtedly multifactorial and complex issue of autism and other ‘modern’ epidemics, e.g. asthma and attention deficit hyperactivity disorder [AD(H)D] – the effect of drugs typically given after childhood vaccinations. He highlights a curious anomaly. In Cuba, autism rates are incredibly low (0.00168% of the population) compared with the US (0.5% of the population). Although Cubans’ vaccine uptake is as high as 95%, paracetamol is available only on prescription and is not routinely given to prevent or treat vaccine-related fever.

Marked increases in autism and asthma incidence coincide with the replacement of aspirin by paracetamol in the 1980s. The timeline of the drug’s history, including downturns in its use due to ‘scares’, reveals striking parallels with the incidence of the conditions (Figure 1). 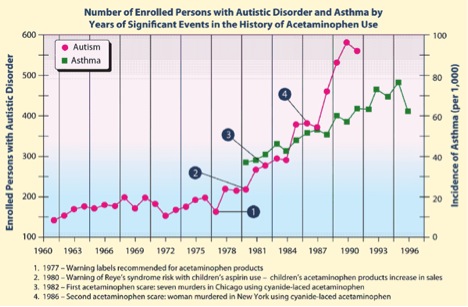 Figure 1. Increases in rates of asthma and autism with changes in acetaminophen usage. Modified by Shaw from Becker KG, Schultz ST. Med Hypotheses 2010;74:7–11.

Shaw offers plausible mechanisms of how paracetamol use may lead to autism in genetically and metabolically susceptible children. Such children have been found to be deficient in the liver enzyme phenol sulfotransferase, which is crucial for liver detoxification of paracetamol and other compounds. With this sulfation pathway defect present, a paracetamol dose results in overproduction of the toxic metabolite N-acetyl-p-benzoquinone imine (NAPQI). Increased oxidative stress in the body then leads to protein, lipid, and nucleic acid damage from free radicals.

Excess paracetamol use also depletes glutathione, a key liver enzyme. The same is true of mercury, present in some vaccinations, although not MMR. This results in brain cell death and metabolic and immunological consequences – a pattern commonly found in autism.

Paracetamol after MMR: the final straw?

Given the enthusiasm with which they are plugged by doctors, pharmacies and health authorities, most parents and carers are understandably very trusting of brands such as Calpol and Tylenol, used widely to relieve pain and reduce fever, including after vaccinations. In his article, Shaw offers a table (Table 1) listing a slew of harmful effects of paracetamol, along with references. Most parents do not have this kind of sobering information in their possession. 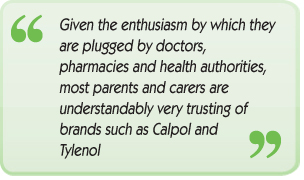 An online survey by researchers at the University of California San Diego, published in the peer-reviewed journal Autism in 2008, suggests that paracetamol use after MMR vaccine is positively associated with the development of autism. More cause for concern.

Taken at face value, this information – while admittedly mechanistic or associated evidence, rather than causal – surely puts parents in a better position to do what’s best for their children.

And it’s increasingly looking like dishing out the Calpol or Tylenol after vaccination may be one assault too many for those children who may be predisposed to autism.