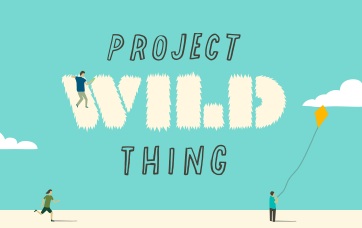 Filmmaker David Bond appoints himself as Marketing Director for Nature

Are you concerned at all about ‘nature deficit disorder’ among today’s kids? Have you even heard of it? Even if you haven’t, it’s easy to glean what it is – a deficiency of ‘nature’. But how is this even possible when nature is right outside our doors, there for everyone to enjoy whenever they want – for free? This is what drove David Bond, a film-maker from production company Green Lions, to take on the task of getting more kids —and their parents — back into nature and reaping the rewards of the great outdoors.

Project Wild Thing is an amusingly presented documentary that sends out a powerful message: we all need to reconnect with nature. Spot on, Mr Bond! Check out below our interview with David Bond so you can find out more about how to get the kids —and yourself— outdoors and in the process enjoy the benefits!

ANH: What first drove you to consider making a movie about reconnecting with nature?

David: I’m a father of two small children. I looked at their lives and worried that something was missing. When I was young I’d get home from school and rush out to play on my bike. My children didn’t do that. They’d scream when I tried to take them to the park. The outdoors was missing from their lives.

I attached a camera to my daughter Ivy’s head. She’s 6. It turns out she spent around 4% of her time playing outside – the same amount of time she spent in the bathroom. If she was a chicken, she’d be battery, rather than free-range.

Ivy isn’t unusual. British children are becoming more and more disconnected from the world around them. It’s affecting their health and wellbeing. If we don’t reconnect children with nature there’s the danger they’ll grow up to be uncaring about nature.

David: Project Wild Thing is the story of children’s retreat from the wild and my attempts to reconnect them with nature.

Spending time outdoors is the silver bullet. It’s fun, free, and very good for children’s emotional and mental states. I wanted to take on the big brands and try to do something about it by launching a nationwide marketing campaign to sell nature. We imagined nature’s competitors, games console manufacturers and so on, laughing as they watch sales of nature – the free, fun, healthy, but badly marketed competitor to their stuff – crash. It seemed like a good idea, so we kept at it.

At the time of developing this idea, the National Trust was looking for a feature-length film to raise awareness about this issue, and to try to create a movement around it.

ANH: People love statistics – do you have any figures that led you to realise the importance of this project?

David: The statistics can be scary. The RSPB recently found that just 1 in 5 children have a connection to nature. A fifth of children have been prevented from playing conkers because it’s ‘too dangerous’. Fewer than a quarter of children regularly use their local ‘patch of nature’, according to Natural England.

Children’s health and wellbeing are suffering. By the time they leave primary school, a third of children in England are deemed to be overweight. A tenth suffer from low wellbeing.

What’s so remarkable is the effect getting outdoors has on children’s health. It can improve concentration and reduce ADHD symptoms. A view of green space can lower operation recovery times and improve examination scores– and that’s just a view of nature!

Making Project Wild Thing we worked with a doctor and designer to create the Out and About Card, an A4 card that encourages new mothers to take their children outdoors. It went down well with midwives and parents at the hospital. Give one to a new parent you know!

ANH: What about people who don’t live in the country, or don’t feel they have easy access to ‘nature’?

David: Look up. Is there a ceiling? If so, you’re probably not in nature. Even the least promising outdoor environment will be teeming with life. You can find wonderful wildlife in a concrete city playground. The harder you look, the more nature seems to appear anywhere.

The first step is to see the joy of the outdoors. Once children are hooked on the outdoors, then they can start to categorise and learn what type of outdoors they prefer. I am really against making a list of “good” versus “bad” outdoor spaces. You run the risk of making children feel that the nature they have in their backyard or window box is not “proper” nature. Just because you’re in an ancient woodland doesn’t mean you value it or understand it, and you can be the greatest naturalist and never set foot outside a heavily built-up city. Some of the children we met making Project Wild Thing who are best connected to the natural world live in cities. Some who are most stuck indoors on screens, or ferried from one indoor activity to the next in cars, live in what might look like “perfect” nature.

ANH: What do you ultimately hope to achieve with Project Wild Thing?

David: Last year the RSPB reported that just a fifth of children are ‘connected to nature’. It’s vital that we boost that figure.

With Project Wild Thing we want to raise awareness of children’s disconnection from nature. A movement has sprung up around the film to make this a reality. This rapidly-growing movement, The Wild Network, is made up of over a thousand organisations (including the National Trust, RSPB, Play England, Woodland Trust and NHS Sustainable Development Unit) and thousands of individuals who are passionate about getting children back to nature.

Alongside the launch of the film, the Network launched a campaign asking families to get at least 30 minutes more ‘Wild Time’ every day.

Over the coming years the Network will be working with politicians, organisations, communities and individuals to ensure that all kids in the UK have the chance to be in nature – for play, health and discovery.

By bringing people together, I’m confident we will have a real and lasting impact on how children interact with the natural world around them.

ANH: Why, in your opinion, is time spent in nature so beneficial to humans – whether children or adults?

David: People like being outdoors for different reasons. I love sitting in the park, listening to the birds, because it calms me down. My kids, meanwhile, love to roll down the grassy hill; it gets the endorphins going.

The scientists think that being in natural spaces helps to restore attention. An American scientist, Edward Wilson, called the need to associate with other life-forms ‘Biophilia’. We need nature, he says. It is essential for our development.

ANH: What reactions have you had to the film and the wider project?

The most moving response to the film came from two teenagers at a film festival in Ireland. They came up to me after the screening and told me that it had made them question their own behaviour – specifically the amount of time they spent on their phones.

That’s the aim of the film; to make people look at their own lives and think about the things that they can do to get back to nature.

ANH: How can anyone reading this help or get involved?