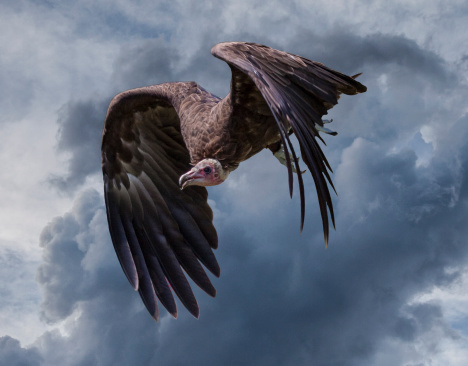 The vultures are circling over GM-free status in the EU

You might imagine that proposals by the Greek Presidency of the European Union (EU) in its last couple of weeks of office to allow EU Member States to decide whether to allow genetically modified (GM) crops on their territory would be a good thing. But a huge biotech-shaped hole in the draft legislation could effectively hand the ultimate decision over to the biotech companies.  Get involved with our Call to Action!

GM is one of the EU’s hottest political potatoes; not surprising for a technology that is unnecessary, unpopular, harmful and potentially deadly. Although numerous GM crops have received positive opinions from the European Food Safety Authority (EFSA) for food and feed use (search the database for ‘Registered’ GM organisms while leaving the other fields blank), only two have been approved for cultivation. Only one of these, Monsanto’s MON810 GM maize, is grown at present.

For some time, the European Commission has been trying to get things moving on the GM approvals front. The last attempt failed in 2012, when Member States couldn’t agree on a proposal to give EU Member States the power to reject GM cultivation “on grounds other than those related to the assessment of the adverse effect on health and environment which might arise from the deliberate release or the placing on the market of GMOs”. The current Greek EU Presidency has resurrected the proposals, which were agreed in principle by Member State representatives on 28th May.

The latest ‘compromise’ plans being shepherded toward the European Parliament by Greece contain significant tweaks relative to previous versions:

On this second point, the Greens/European Free Alliance grouping in the European Parliament points out that the limited range of EC-approved grounds for restricting GM cultivation would hold very little legal water. In other words, even if the EC accepted the Member State request to block GM cultivation, it wouldn’t stand up in court if the biotech company decided to sue under EU laws – let alone if the World Trade Organization (WTO) became involved. “It is almost certainly the case,” observed The Ecologist magazine, “That if they are wide-ranging enough to satisfy the EU's GMO sceptic citizens they will not be restrictive enough to withstand a legal challenge and vice versa”.

The drive to reform the EU’s GM approval process stems back to an embarrassing situation that arose around Pioneer’s 1507 GM maize, where even a vote by two-thirds of the EU’s 28 Member States wasn’t enough for the EC to rule out approving the GM crop. Against this background, German non-governmental organisation (NGO) Testbiotech has been doing its best to hold EFSA and the EC to account over Pioneer 1507 by highlighting gaping scientific data gaps in the approval process.  According to the NGO, EFSA’s latest response to two Testbiotech reports “in no way invalidates the evidence...which shows that the data currently used to exclude risks to the environment and human health are insufficient”.

The Greek Presidency’s proposals to end the regulatory ‘log jam’ will be voted on at a meeting of the Environment Council on 12th June. If they are voted through, Europe moves one step closer to a situation where the only way for Member State governments to prevent GM crops that are unpopular and potentially disastrous from a health and environmental perspective – and which have been approved on the basis of shoddy and/or incomplete science – from being grown on their territory is to beg the GM producers to give them a break. With exquisite irony, the Greeks are bearing a Trojan horse that could throw open the EU’s doors to GM once and for all.

This is insane enough. But with the Transatlantic Trade and Investment Partnership (TTIP) waiting in the wings, things look grim indeed for the EU being able to maintain its status as a largely GM-free area. Whatever reassuring noises are made by EU negotiators, it’s difficult to believe that this ‘NAFTA on steroids’ will mean anything other than a watering down or neutering of the EU’s precautionary approach to GM, in favour of the zero regulation approach of the US.