Home News Swedish study: could your dairy consumption weaken rather than strengthen your bones? 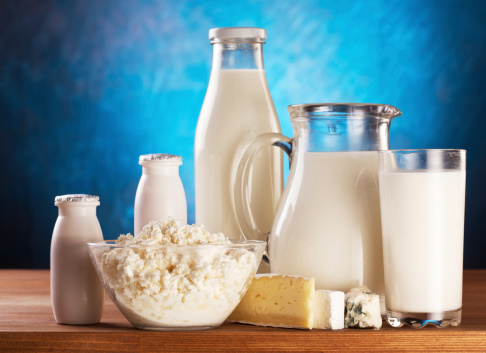 Swedish study: could your dairy consumption weaken rather than strengthen your bones?

The findings of a recent Swedish study on dairy products call into question the well-worn narrative of the dairy industry, espoused by Western governments, that milk and milk products are good for you, give you strong bones, and reduce risk of bone fractures.

The new study, was published in the British Medical Journal. The researchers from Uppsala University and the Karolinska Institute analysed existing food questionnaires of 61,443 women aged 39-74 years, and 45, 339 men, aged 45-79 years, that detailed intakes of milk, fermented milk, yogurt, and cheese, and looked at health outcomes over approximately 20 years. They observed “a dose dependent higher rate of both mortality and fracture in women and a higher rate of mortality in men with milk intake”. They concluded “A higher consumption of milk in women and men is not accompanied by a lower risk of fracture and instead may be associated with a higher rate of death… Our results may question the validity of recommendations to consume high amounts of milk to prevent fragility fractures”.

The study also found that higher milk intake resulted in increased oxidative stress and inflammation, two of the major triggers for chronic disease. But, providing further acknowledgment of the ancient wisdom behind the benefits of fermentation, the researchers found that consuming fermented milk products like yoghurt, soured milk and cheese was associated with lower rates of fracture and mortality.

Could chronic exposure to galactose be the culprit?

The enzyme lactase must be present for milk digestion, and is often lacking or expressed insufficiently in those without northern European ancestry. This results in lactase deficiency or lactose intolerance. The authors stress that the study results may not apply to those who are lactose intolerant, nor to children or adolescents.

In postulating possible explanations for their findings, the authors suggest the culprit may be excess exposure to ‘D-galactose’, one of the components of the milk sugar, lactose. Lactose in milk is digested, by means of the enzyme lactase, into glucose and galactose, the two constituent sugars. The researchers suggest that “chronic exposure” to galactose has been shown to cause harm in various animal species, and even a low dose “induces changes that resemble natural aging in animals, including shortened life span caused by oxidative stress damage, chronic inflammation, neurodegeneration, decreased immune response, and gene transcriptional changes”.

The nutritional profile of milk depends on farming practices, and it does indeed contain varying amounts of many nutrients essential for bones (e.g. calcium, phosphorus, vitamin D). As we’ve pointed out previously, vitamin K2 is essential for the utilization of calcium, and — with cows being increasingly fed grain rather than grass — vitamin K2 is often lacking. Fermented raw milk (kefir) and fermented cheese also contain vitamin K2, and this may also be a factor in the association of such products with lower rates of bone fracture.

Further concerns around milk include those about the presence of natural growth factors and higher levels of natural hormones in the milk, as well as added synthetic bovine growth hormone in the USA, all of which may have the potential to disrupt hormones or stimulate growth of existing lesions. Antibiotics and other chemicals may also be present in the milk due to farming and industrial practices, and the packaging processes.

Make an informed choice about dairy

There’s no doubt in our minds that organically produced raw milk from grass fed animals is nutritionally superior to conventionally-produced, pasteurised (dead) milk from grain-fed (mostly genetically modified soy and corn) animals. Raw milk has also been shown to have important health benefits in its own right.

This aside, because lactose is also a constituent of raw milk, its consumption, if regular and in any meaningful quantity, means the consumer is being exposed chronically to galactose. Further research is warranted, say the researchers, to ascertain that galactose intake is a causal factor in the harm observed from unfermented milk consumption.

In the meantime, we recommend that this information is used to help readers make an informed choice about using milk and milk products. Many, particularly those with chronic health problems or concerns, may wish either to reduce dairy consumption, limit it to low or zero lactose products or to monitor their health after excluding all dairy from it for a period of say 3 months. For those not willing to go to full exclusion, lactase is commercially available in most health stores or pharmacists and can be consumed as drops according to the directions on the label.