Home News Cows’ milk – food of the Gods or driver of modern disease? 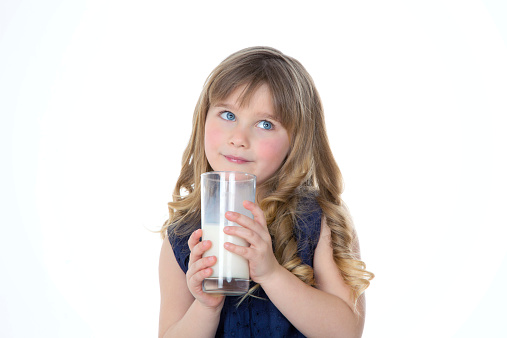 Cows’ milk – food of the Gods or driver of modern disease?

Widely purported as an essential health food, we explain why there is no dairy on our Food4Health Plate

Governments, the food industry and the dairy marketing boards have done a great sales job.  Despite around 75% of people round the globe being unable to digest lactose, a truly enviable PR and marketing campaign has managed to convince a large majority that cows’ milk is the food of the Gods and must be consumed daily, especially by the young.  If you’re a baby calf, of course, it truly is the food of the Gods.  But for human beings over the age of 5, it can be the root of much distress and ill health, though this is rarely recognised as such by the mainstream.

Read on and find out why you won’t see cows’ milk appearing on the ANH Food4Health guidelines anytime soon.

Such has been the success of the dairy marketing campaigns that trying to cleave people away from cows’ milk is akin to trying to change their conditioned world view. However, it might not all be attributable to sheer marketing prowess.

The marketeers may have had a helping hand from the naturally powerful opiate from the morphine family found in milk.  Casomorphins are peptides, protein fragments, released from the digestion of the protein fraction, casein, in milk.  They are opioids and can have an addictive effect through mimicking the effects of opiate drugs like heroin and morphine.  Once the incompletely digested peptides are absorbed into the body they bind to opiate receptors in the brain and have the power to alter behaviour and physiological reactions.  So if you’ve ever wondered why cheese, ice cream and milk chocolate are such comfort foods, wonder no more.  It’s not just sugar that’s addictive.  We don’t let children use heroin, yet many parents are of the mistaken belief that they have failed in their parental responsibilities if their offspring aren’t drinking at least a glass a day.  Milk may seem like a safe and friendly ‘legal high’, but it can come with a high price tag for your health.

Definitely a food of the Gods for babies and even the opioid components serve a purpose.  Not only do the casomorphins slow intestinal movements and have an anti-diarrhoeal effect, but they also calm the baby and assist the bonding process with mum.  That’s one of the reasons why babies sleep so peacefully and soundly after they’ve breastfed.  An infant’s gut also produces lactase, the enzyme needed to break down the lactose (milk sugar).  But lactase production drops off steeply after weaning making lactose intolerance the most common, and well studied, carbohydrate intolerance in the world.  It’s also virtually incurable without the aid of external lactase enzymes.

Lactase persistence refers to the ability to maintain enzymatic production through adulthood and is relatively new in human evolution.  Anthropologic data shows a correlation between the start of animal agriculture with dairying herds and lactase persistence in both northern European and African cultures dating back about 10,000 years ago.  This demonstrates that evolutionary adaptation is driven not only by survival needs, but also by convergent factors from shared cultural traits.  In this case animal domestication and adult milk consumption.  In Asia, for instance, lactose intolerance prevails.  They have a lot of cows, but not much of a history of milking them.

Milk may be widely marketed, highly advertised and perennially consumed, but that doesn’t mean it’s healthy.  Lactase persistence is now recognised as a genetic evolutionary adaptation and even the gene that codes for it has been identified.  It’s most prevalent in northern Europe, but still only around 25% of the world’s population is lactase persistent.  Evolution is all about survival and reproduction – it’s not necessarily about health.  Unless you are starving or severely malnourished, there is actually no nutritional requirement to drink milk past infancy — and including significant quantities of cows’ milk or dairy in your diet can be particularly dangerous to your health.

It’s make-your-mind-up time.  Here are some reasons why:

If the preceding paragraphs haven’t been enough to dissuade you from being a dairy guzzler, then perhaps letting the dairy cows themselves have the last word might.  Animals have just as well developed maternal instincts as humans do, perhaps more so, as their very survival depends on it.  Like humans, gestating and birthing a calf takes 9 months.  Yet, in intensive dairy production systems that yield most of the milk that appears in supermarkets, a newborn calf is torn from its mother after just one day in order for her to keep producing milk for humans.  The stress among cows and calves is clearly audible to anyone game enough to witness it, and is born out out of attempts to counter declining fertility, pharmaceuticals to increase milk production, heat stress, mechanical milking - and more. It can be measured physiologically via stress hormones. It’s compounded by the intensity of production, mechanised milking and cycles of artificial insemination. This extreme level of stress upregulates the cows’ immune systems causing chronic inflammation, leading to a host of infections and repeated bouts of extremely painful mastitis that can affect as many as 70% of a dairy herd.

This upregulation of the immune system in intensive cattle production unsurprisingly massively increases the load of neutrophils, the inflammatory immune cells that cause pus – and a lot of this pus ends up in the milk humans drink.  The received wisdom is that we shouldn’t worry about this because the pus gets cooked during the pasteurisation process. That’s also why raw milk farmers don’t use intensive production methods.

Regulators have put limits in place for somatic (body) cell counts (SCC), which are predominantly neutrophils (pus cells). In the USA, the maximum allowed SCC level is currently 750,000 per milliliter (mL), whereas in the Europe, Canada and Switzerland, it’s 400,000. A SCC level of 200,000 or less reflects dairy herds more or less free of mastitis. Bearing in mind that about 90% of the SCC is represented by pus cells, the US and EU limits equate to 675 million or 360 million pus cells per litre of milk, respectively. Pus for the kids?

Time for a people-powered paradigm shift. It’s the right time for the Food4Health Plate! Do what you can to practice it and please spread the word!