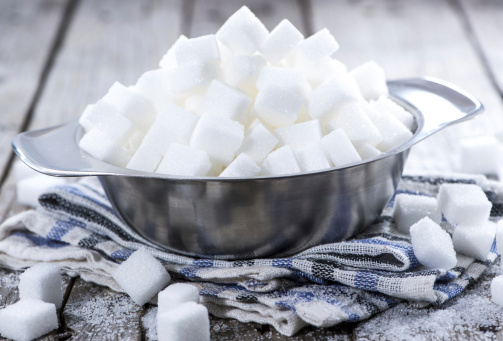 Kids are becoming more overweight and obese than ever. This is the thin edge of the wedge in terms of what can be expected from the disease burden when these kids hit late adulthood. It’s a ticking time bomb and governments have typically been spectacularly unsuccessful about doing anything about it. The failed EU nutrition and obesity strategy and UK Public Health Responsibility Deal, more aptly referred to as the Irresponsibility Deal, reveal this clearly.

But the problem is getting worse. You would think this would be reason enough for more extreme action by government. Here’s what’s happened now; the UK government, in the form of Public Health England, has decided to drop the ball on the issue – and delay publication indefinitely of an independent report that was set to curb sugar intake in children.

Nutritionists, medics and many other health-aware members of the British academic and medical community, along with NGOs are concerned about the present ‘diabesity’ epidemic. These organisations and academics had pinned great hopes on the recommendations being published alongside the Government’s Scientific Advisory Committee on Nutrition (SACN) report on Carbohydrates and Health, due out on Friday (17th July 2015) morning. Given that the draft SACN report has been available for consultation since last year, it seems likely that the ‘deal’ that has been struck with Big Sugar and Big Food translates to curbing the overall consumption by a mere 100 calories (kcal) per day, rather than tackling sugar intake as a whole. It seems as if it’s just too painful for Big Sugar and Big Food, with all their products topping the lists of the most-consumed foods among children, such as white bread, sweetened soft drinks, biscuits, confectionary and numerous other foods containing hidden sugars. That way the Government can keep on recommending its so-called Eat Well Plate, that’s often, and more appropriately, referred to as either the UK “Eat Badly” or “Diabesity Plate”.

The UK National Diet and Nutrition Survey has shown that those between the ages of 4 and 18 consume around 3 times this amount of extrinsic sugars in food. That’s a time bomb.

Following a systemic review carried out on its behalf, the World Health Organisation (WHO) also advises that sugar consumption should be reduced to just 5% of total energy intake for greatest benefits – that means, typically, more than halving existing intakes.

Applying a sugar tax of up to 20% is one of approximately 20 ways that are being proposed. The British Medical Association favours this approach – but its recommendation has already been dismissed by the UK Government.

Sugar cronies: where there’s a will...

One can only imagine that the Government has struggled with a lack of coherence between the SACN report and the independent report due from Public Health England. It’s quite clear that the SACN notion of simply cutting calories is not enough to reduce intake of free sugars to the third of their current levels. Something more powerful is needed, hence the notion of a 20% sugar tax put forward by the BMA.

We will study carefully the SACN’s report on Friday and report back next week. Should it contain recommendations that represent a sea change in government policy on carbs and sugars. We will undertake to eat 80g of free sugars a day for a week and report back to you to tell you how we feel!

How much sugar do you consume?

In the meantime – help those around you to cut their sugar consumption to 5% or less of their total energy intake. So, if you’re trying to target say 2000kcal a day in total, that means consuming no more than 25g of free sugars per day. That should be compared against the 74g consumed on average by the typical British teenager aged 11 to 18.

25g of sugar is about the amount you will find in one regular can of soft drink. Water is actually what your body requires in terms of liquid refreshment, so if you don’t like it as it comes, infusing your water with some fresh mint, lemon and/or cucumber or even herbal teas infucion will make it exquisite — especially this time of year. Enjoy #noaddedsugar!