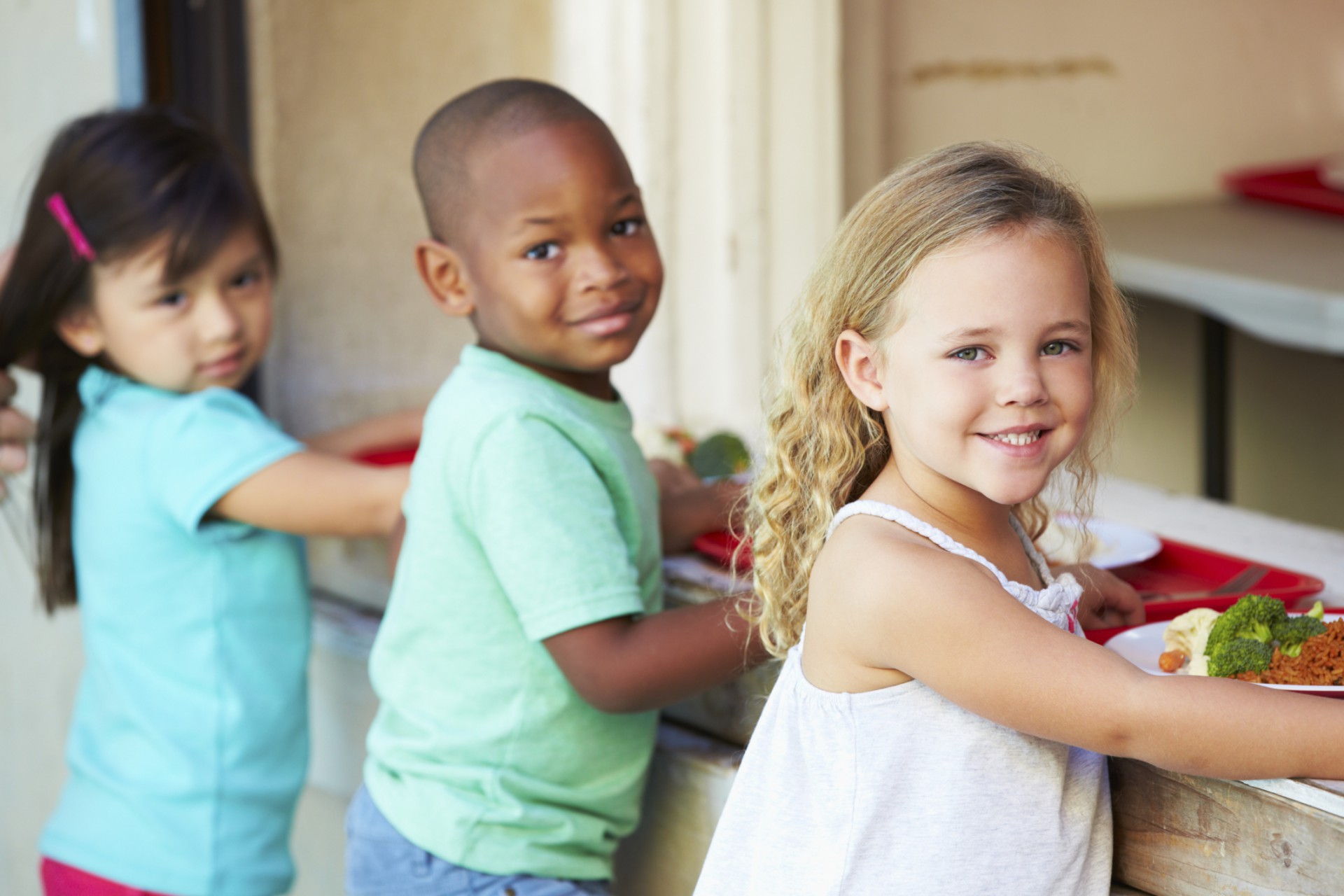 Last year, the coalition government in the UK introduced universal infant free school meals (UIFSM) designed to give every child from reception (ages 4 or 5) to year two (ages 6-7) in England a hot, healthy meal in the middle of the day. Without a public and parliamentary outcry, that decision is now set to be reversed—and you’ll find out here why we think it’s a bad idea and what you can do about it.

The offer from the coalition was made on the back of the School Food Plan, a government funded project which showed that kids, especially ones from low-income families, benefited considerably from free school meals.

The pilot studies showed not only that nutritional intakes improved, but so did academic performance, with kids moving ahead of their peers who didn’t get free lunches by almost a term. This discovery led to an investment by the previous coalition government of a whopping £175 million to schools for new kitchens. But since the kitchens have been installed, there’s been no evaluation of effectiveness of results — and now, with no reasons other than a presumed, misplaced austerity drive, the government looks set to scrap the programme.

With all this investment, and the prospects of kids getting improved nutrition if done properly, it’s a travesty that the free lunch programme for infants might now be scrapped — without adequate review and evaluation.

Is the present government prepared to stand back in the knowledge that more kids are going to be left hungry? Is it prepared to ignore an initiative that could play a part in a wider obesity strategy? If the government stops the programme, would it be a misplaced austerity measure that could have saved not only government money in the National Health Service (NHS), but also contributed to improved quality of life and a reduced disease burden downstream? Or…are governments ultimately disinterested in long-term benefits—and that’s why they do little more than pay lip service to preventative healthcare?

Tackling obesity from the ground up

In 2010, Dr Charlotte Evans and her team from Leeds University found that packed lunches have on average three teaspoons more sugar (15 g) than school lunches. Probably even worse, only 1% met recommended food standards for nutrients.

There are a gamut of reasons why kids are getting such a raw deal when it comes to home-prepared, ‘packed lunches’. Some of these are likely to include:

Sadly, one-in-three UK children now leave primary school overweight or obese. Just a year ago, NHS England reported that this trend continues with one-in-five secondary school aged children obese, as are a quarter of adults. These numbers are up from just 15% twenty years ago. Without drastic action, the result will be an dramatic and unnecessary increase in what are largely preventable chronic diseases, such as 2 diabetes and obesity, which already costs the NHS around £9 billion a year. Britain is currently spending approximately £6 billion a year on the medical costs of conditions related to obesity. A spend which a large proportion of British people, let along think tanks like the King’s Fund, recognise is going to bring the NHS to its knees.

Some larger than life facts

Source: Investing in our Nation’s Future: the first 100 days of the next government. Local Government Association, January 2015.

Prime minister, David Cameron, acknowledged just two months ago in July, that preventative health was going to be key to improving the health of the nation. When the government is struggling to cope with the burden of obesity, a problem that will only get worse, and has made a commitment to do more in prevention, it’s a travesty that they would even contemplate discontinuing the UIFSM programme. But of course you can’t underestimate the sheer number of elements that need to be addressed across the fields of nutrition, lifestyle, physical activity, social science and environment if the government is to take preventative medicine seriously, rather than just pay lip service to it.

A petition has been started and has already got 21,000 signatures to help to ensure that the government honours its manifesto pledge and keeps universal infant free school meals. It’s going to take people power and well over 100,000 signatures to drive the message home.