Healthy lifestyle advice for those in their 40s

Dr Rangan Chatterjee, UK GP and long-time collaborator with ANH, has shared his top seven tips for a healthy lifestyle for those in their 40s in yesterday’s tabloid, The Daily Mail. Contrary to many doctors, Dr Chatterjee does not come from the ‘pill for every ill’ school of medicine; but instead prefers a personalised approach to healthcare. The UK NHS’s “ten-minute appointment slot is not remotely enough to get to grips with the chronic lifestyle problems we see today” says Dr Chatterjee. His top 7 tips for those in their 40s get to the root cause of the chronic illnesses he believes are mostly caused by lifestyle factors. His tips in summary are:

Walking claimed to be better for health than taking vitamins

Professor Robert Thomas of Cambridge University Hospital has said that while cancer patients do not benefit from vitamins, they can significantly increase survival chances by exercising. He warned that for the most common vitamin and mineral supplements taken by cancer patients there is “no evidence the majority of these supplements works” and “if taken long term they could increase the risk of cancer”. Three hours of exercise a week can decrease the rick of relapse by 30% and reduce side effects of often-harsh chemotherapy treatments. Professor Thomas found only one in ten cancer patients take regular exercise, as they often feared worsening fatigue brought on by treatment, had ignored doctor’s advice or were simply unaware of the benefits.

The results of the European Medicines Agency (EMA) Human Papilloma Virus (HPV) vaccine detailed scientific review were published last Thursday on the EMA website.They have concluded that the evidence “does not support” that HPV vaccines cause complex regional pain syndrome (CRPS) or postural orthostatic tachycardia syndrome (POTS). They say that, “the benefits of HPV vaccines therefore continue to outweigh their risks”. The EMA said, “This review concluded that the evidence does not support a causal link between the vaccines (Cervarix, Gardasil/Silgard and Gardasil-9) and development of CRPS or POTS. Therefore, there is no reason to change the way the vaccines are used or amend the current product information”. This is a huge blow —especially to all those whose health deteriorated after HPV vaccination, and to their families. In addition, it is of great concern that parents and young people will be not now be made aware of these risks, and that many may be affected in the future.

Massachusetts Institute of Technology scientist, Shiva Ayyadurai, is deeply concerned that genetically modified organisms remain unregulated. So much so that he is reportedly “offering to give the Monsanto company a $10 million building if they can disprove his claims about GMO regulations”. The MIT graduate’s offer to the agri-business giant is said to be that if Monsanto can prove that safety assessment standards actually exist for genetically modified organisms (GMOs), he will give the agro-giant his $10 million building that he owns in Cambridge, Massachusetts. His ‘multi-million dare’ is said to relate to “his alleged discovery of the accumulation of high levels of formaldehyde in GMO-engineered plants, and his resulting shock that ‘acceptable standards for testing’ do not exist”. Ayyadurai’s position was asserted in his paper published in the peer-reviewed journal Agricultural Sciences.

People turn away from large food corporations towards healthier eating

Eating habits are changing across the US and other western nations as consumers opt out of food produced by big companies. The rise of gluten or dairy-free diets and vegetarianism, among others, have lead to many companies adopting new strategies to win back customers, including dropping artificial colours/flavours (General Mills), simplifying labels (Hershey’s) and limiting antibiotic use in meat (PTF Farm). Some companies have also introduced new products and purchased small health brands. This is a similar move to that already seen in pharmaceutical companies - with undesirable effects. For example Clorox bought honey-based brand Burt’s Bees thus tying the company to the producers of bee-killing pesticides and damaging its reputation. This change in consumer attitudes has been disastrous for the food companies, with sales of packaged cereal down 25% since 2000 and frozen dinners down 12% since 2007; mostly replaced by healthier options. With 42% of those aged 20-37 not trusting large food companies bold changes must be made order to maintain profits - including cutting sugar and going local and organic.

Liaoning in northeast China has recorded some of the worst smog on record this weekend, despite efforts to relocate factories and move away from coal power. Particulates, named PM2.5, are tiny airborne particles that originate from burning coal for industry and release of diesel fumes in traffic, which have been linked to cancer, lung and heart disease. PM2.5 levels in Liaoning reached 1,400μg/m3 which is over 56 times the safe limit set by the World Health Organization, and visibility dropped to 100m. It is thought the smog was especially bad as coal power stations fired up again for winter. Many citizens have said they do not know how to cope with the rising pollution, as going outside results in burning eyes and a sore throat. A doctor in Liaoning hospital said that “the respiratory department inpatient wards are full” after a sudden influx this weekend.

Ball State Daily is reporting that Ball State University students are refusing influenza vaccinations. The Student Health Centre is open daily to allow students to obtain the seasonal flu vaccine, but for various reasons, “Ball State students are saying they are not getting flu vaccines during the flu season”. One given reason reported was that “Some students refuse the vaccine because it makes them sick”, and another was that a student didn’t care. An earlier report by the Standard Missouri State University also said that many students are refusing the flu vaccine. One of the students was concerned about the risk of Guillain-Barre syndrome —a condition associated with the flu vaccine, whilst another said she was exercising her personal choice, and believed that “willingly putting the virus or any byproduct into my body is unnecessary”.

The most efficient healthcare spenders have been revealed by Medigo this week, with surprising results. By combining data from the Economic Intelligence Unit on the world’s best performing healthcare with spending rankings, a global view of how effectively healthcare budgets are being spent has been created. Countries that managed to spend relatively little on healthcare while achieving good healthcare outcomes (for example high life expectancy or low infant mortality) scored highest. The USA for example spends the most on healthcare worldwide but placed only 33rd for healthcare outcomes so received a poor result. 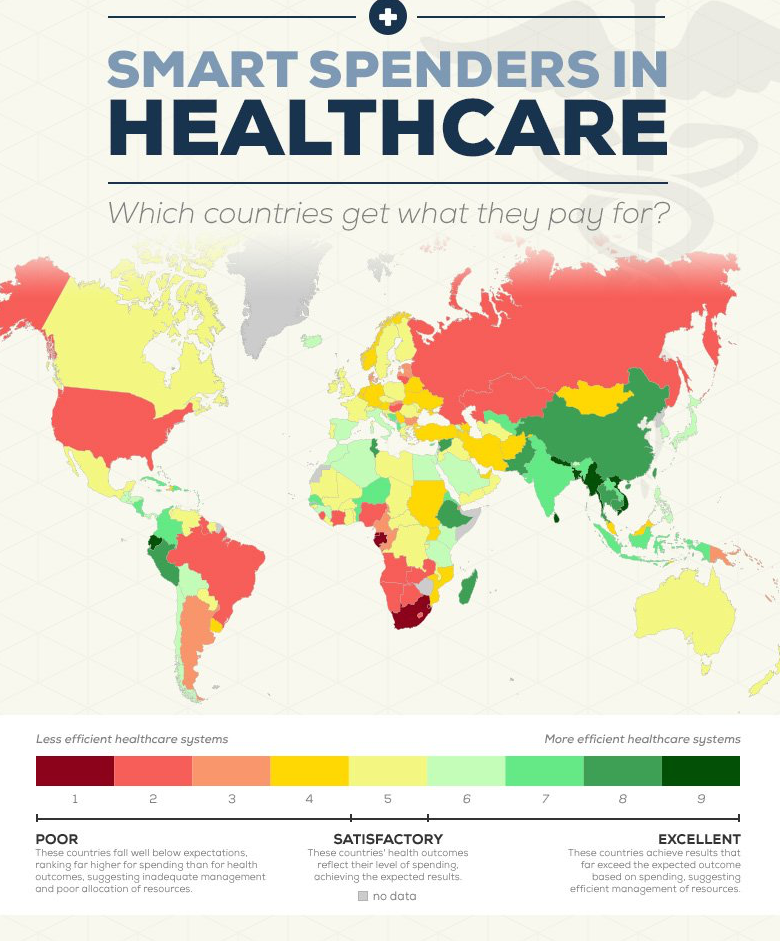 Grass roots campaigning does work, and the ending of the practice in San Marcos, Texas, brings the number of communities that have rejected water fluoridation since 2010, to 200. The drinking water in San Marcos (population 45,000) has been artificially fluoridated since 1987. But it’s recently been reported that “a major grassroots effort over the past year has brought that to an end”. Thanks to the efforts of “a strong coalition of campaigners, including Fluoride Free San Marcos and Texans for Accountable Government”. Recently, a resolution was approved by voters in San Marcos with 61% of the vote, with the following language: “The City of San Marcos shall not add, or direct or require its agents to add fluoride in the form of hydrofluorosilicic acid, hexafluorosilicic acid, or sodium silicofluoride to the San Marcos municipal water supply”. It seems the campaigners had faced and ‘brilliantly’ overcome major obstacles, and it was hoped that this would “inspire fluoride-free campaigns around the world”.