Professor Tim Noakes and the ‘Banting for Babies’ trial

Why is the low carb high fat diet really on trial?

The second round of hearings in the trial of Cape Town University emeritus professor and medical doctor Tim Noakes —aka South Africa’s ‘Banting’ expert, took place last week. Dubbed the ‘Banting for Babies’ trial, it is effectively the ‘low carb high fat’ (LCHF) diet on trial. Noakes - who took ‘Banting’ worldwide through his bestselling book ‘The Real Meal Revolution’, is being targeted by the Health Professions Council of South Africa (HPCSA) representing the status quo in mainstream medicine/dietetics. Such attacks on those who help spearhead revolutions is all too common. This diet revolution, alongside other similar research efforts worldwide, has the capacity to help reverse the global epidemics of obesity and type 2 diabetes, and is well underway thanks in particular to its popularity driven by the large numbers who have experienced and witnessed the benefits.

Tim Noakes is on trial for misconduct, having purportedly offered a mother advice on Twitter regarding breast-feeding babies and weaning. A mother had asked how the Banting diet could be applied to her child, and Prof Noakes responded, “Baby doesn’t eat the dairy and cauliflower.” (Cauliflower is a staple of many Banting recipes.) “Just very healthy high fat breast milk. Key is to wean baby onto LCHF [Low carb, high fat]”. The Association for Dietetics in South Africa (ADSA) registered its complaint with the HPCSA in February 2014. It was Claire Julsing Strydom, then president of the ADSA, in particular who felt Noakes’ advice was unsubstantiated and reckless. The case against Noakes is based, firstly, on his dietary advice of a low carb, high fat/Banting diet for a baby. Secondarily, he is being accused of giving this advice over Twitter without understanding the full case for the patient concerned. 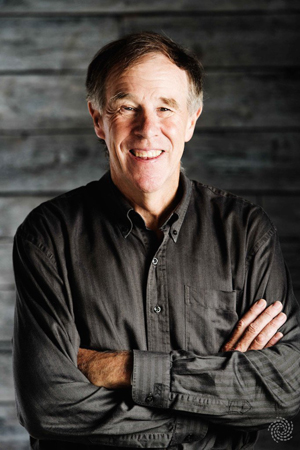 Source: Courtesy of the Noakes Foundation

However, during last week’s hearings, it emerged that the HPCSA have been procuring secret reports, and that the charge against Noakes may now be ambiguous and prejudiced. It is speculated that there’s an organised campaign to discredit him by Big Food and Big Pharma to protect the ‘medical and dietetic dogma’ and their vested interests. It’s reported that, “What the hearing has made increasingly clear is that Noakes and the science behind LCHF are threatening careers, reputations, livelihoods, businesses and profit margins”. In addition, it seems cross examination by Noakes’ legal team, revealed that the witnesses for the prosecution were not quite the experts they were presented as, and knew little about the science behind LCHF.

This perhaps prompted the request to bring on a further witness, and the need for the trial to be postponed for the second time. The next hearing is now scheduled for February 8, 2016. Noakes believes he has a strong case for his defence, but he must now wait a further 2 months for his next day in court.

The proof is in the eating (and exercising)

The LCHF Banting diet is very popular in South Africa, and many restaurants offer menus based on the protocol. The diet aims to prevent and address insulin resistance, which is one of the root triggers for type 2 diabetes, obesity and a gaggle of other chronic diseases. Those with insulin resistance cannot metabolise carbohydrates efficiently contributing to high circulating blood sugar levels. Assuming the pancreas can still pump out insulin, high insulin levels lead to high circulating triglycerides (the storage form of fat) and, assuming the fat is not used as energy, increased fat storage. This process is exaggerated among those who have a lot of fat around their middle and don't exercise regularly.

Most people with insulin resistance respond well to a combination of caloric restriction, a drastic reduction in starchy refined carbohydrates e.g. grain-derived products and regular physical exercise. As Dr Rangan Chatterjee has just demonstrated on UK national TV, even full-blown type 2 diabetes can be reversed with diet and lifestyle interventions in just 30 days — interventions much like those espoused by Prof Tim Noakes.

Mounting evidence also reveals that certain saturated fats are no longer the demons they were once thought, and as Noakes states, if we look at evolution, the introduction of fat in the diet is when the rate of development of the human race increased markedly. On the flip side, it’s the last 40 years of the high refined carbohydrate ‘Standard American Diet’ (SAD) that has seen an exponential rise in obesity and chronic diseases, including type 2 diabetes, cancer, heart disease, osteoporosis and mental health disorders.

Noakes has argued publicly that Twitter is a communications tool that he is using to spread the word about what can help with the widespread issue of chronic insulin resistance. He hadn’t entered a doctor/patient relationship when he gave the advice to the mother, and the information was provided for her to further research. He argues that when new evidence comes to light, and new advice is needed, the message needs to get out to the public, as it often takes a long time to filter through a top down approach via government guidelines and large health organisations.

Social media has become an important communications portal for those of us who believe that freedom of speech is one of our civil liberties. It becomes even more so for those who are making a positive difference to people's lives. But challenging the status quo of the large corporations and intertwined governments — something we understand only too well in ANH — is never a good way to make friends in these places. For organisations such as ours, and the likes of the Noakes Foundation, social media and the Internet are the most important means we have of communicating key messages to the public. To accuse a medical doctor of entering into a doctor/patient relationship in under 140 characters seems flimsy at best — and a complete stitch up designed to sideline him at worst!

If you feel strongly about what is happening to Dr Tim Noakes, please show your support by signing this petition, and by sharing it widely.