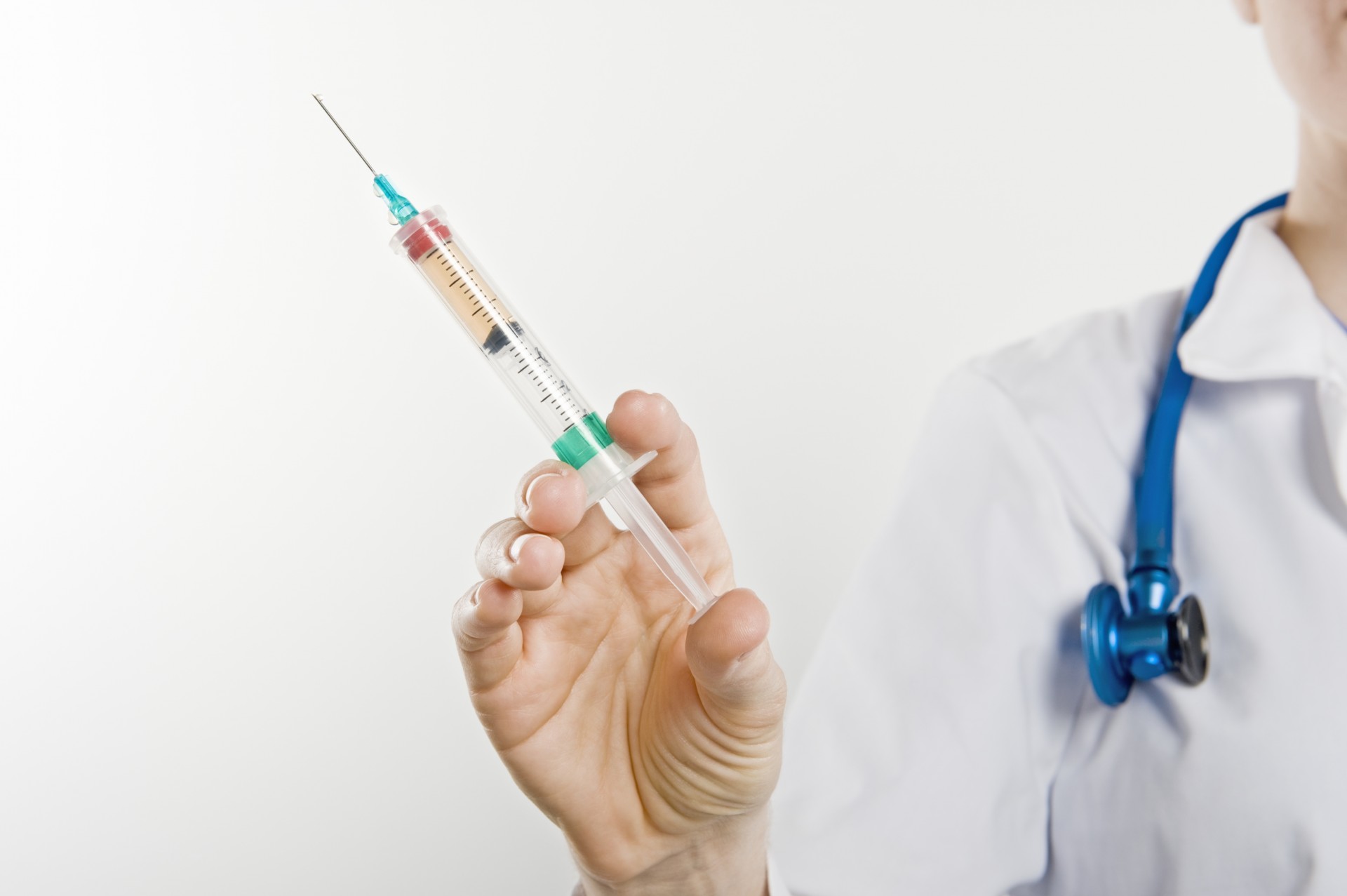 Big efforts are being made by health authorities, governments and vaccine interest groups to shut down detractors of the HPV vaccine that has now been metered out to millions of adolescent girls. The incentive to be vaccinated is only there if these authorities can claim it works in protecting girls from Human Papilloma Virus (HPV) mediated cervical cancer, over 70% of which have been associated with HPV strains 16 and 18.

But however hard the authorities work to bury or deflect criticism of the prophylactic policy that aims to ensure at least 80% of the adolescent female population is vaccinated, the greater the resistance. There is no smoke without fire. The fire driving this is of course adverse reactions that appear to be precipitated shortly after the vaccination, usually the same day.

The parents who are managing the trail of disaster that has befallen them since their daughters have been taken sick, are managing largely with no support from the medical profession. The main support they get is from their self-formed support groups for vaccine damaged children and affected families.

Children and families claiming a link between the HPV vaccine and the neurological and other conditions that subsequently occurred have been largely abandoned by the medical establishment. This is negligent regardless of the cause. But the establishment refuses to recognise or take any responsibility for its role in complex regional pain syndrome (CRPS) or postural orthostatic tachycardia syndrome (POTS) that are among the common syndromes reported post-vaccination. To acknowledge a link would be catastrophic for the likes of Merck who make Gardasil, and Sanofi Pasteur MSD the joint venture with Merck that distributes it in Europe.

HPV vaccine news around the world

The European Medicines Agency (EMA) was called in to investigate the situation after reports of high incidences of adverse events post-HPV vaccine in Denmark. The report of the EMA’s Pharmacovigilance Risk Assessment Committee (PRAC) was largely a whitewash. It found that there were no differences in CRPS and POTS rates between vaccinated or unvaccinated populations – but that of course depends on what criteria are used to categorise these conditions. The PRAC concluded that the evidence does not support a link between the vaccine and these syndromes. Accordingly it decided it will not change how the vaccines are used or the product information.

One could say that it’s difficult to find subtle effects, or very important rare effects in susceptible people if you sit in a room, compute big data statistics and avoid meeting any of the affected families. Critics have stated previously that there are problems with the data being viewed. Researchers from the University of British Columbia regard the available safety and efficacy data as “largely inadequate……[being based on] selective reporting of results from clinical trials,… unproven assumptions (or such which are at odds with factual evidence) and significant misinterpretation of available data.” This desk-based approach would only show up very big effects and is unfortunately par for the course when disruption of vaccination programs is not an option.

It’s reassuring that some European politicians are running with the issue, brought to them by people within their constituency. French, Green Member of the European Parliament (MEP) Michèle Rivasi is one such politician calling for a moratorium in France and the EU generally. Ms Rivasi has also argued that previous research on Gardasil has not been conducted in such a way as to make the results objective or scientific.

In Ireland, a documentary focusing on girls impacted by what families claim are Gardasil-associated severe reactions was aired two day ago on TV3. The report should be compulsory viewing. The support and campaign group R.E.G.R.E.T claim that 150 girls in its group consider their debilitating conditions are due to the vaccine. The Thinking Moms’ Revolution website asks “Is this the Beginning of the End for Gardasil?”.

An important report by Paula Penfold from 3D on 3 TV in New Zealand is raising awareness of the possible association between adverse effects, ranging from crippling illness through to sudden unexplained death. Like the documentary report above, we strongly recommend it be viewed by any parent prior to giving consent for the vaccination of their children. Watch here.

Yesterday saw the Department of Health conducting a roundtable discussion on the human papillomavirus (HPV) safety. We are aware of MPs who were at the meeting but at the time of writing have yet to have word on the outcome of the meeting.

Earlier this month, Scotland’s Sunday Post shared recent input from the UK Association of HPV Vaccine Injured Daughters. Freda Birrell of AHVID told the Post “All we are asking for is to get all of the interested parties around the table and work through this again. We don’t have all the answers but these girls need help. If it is not an issue with the vaccine then it is something else and we need to get to the bottom of this… I am speaking to two or three families a week and it is heart-breaking what they are going through”.

Members of the Scottish Parliament (MSPs) on Holyrood’s petitions committee “agreed to ask SNP (Scottish National Party) ministers for their view on campaigners’ calls to hold a roundtable discussion on the safety of the vaccine, involving medical and scientific experts from both sides of the debate”.

The moratorium on HPV is being requested by AHVID, ourselves and others. It is backed by Chic Brodie, a SNP MSP.

Whistleblowers can be some of the most disrupting influences. They know the issues from the inside, and then they speak out. One such whistleblower is French, ex-Merck, doctor Dr. Bernard Dalbergue, who gave an interview to French magazine Principe de Santé in 2014.

“The full extent of the Gardasil scandal needs to be assessed: everyone knew when this vaccine was released on the American market that it would prove to be worthless. Diane Harper, a major opinion leader in the United States, was one of the first to blow the whistle, pointing out the fraud and scam of it all. I predict that Gardasil will become the greatest medical scandal of all time because at some point in time, the evidence will add up to prove that this vaccine, technical and scientific feat that it may be, has absolutely no effect on cervical cancer and that all the very many adverse effects which destroy lives and even kill, serve no other purpose than to generate profit for the manufacturers. Gardasil is useless and costs a fortune! In addition, decision-makers at all levels are aware of it! Cases of Guillain-Barré syndrome, paralysis of the lower limbs, vaccine-induced MS and vaccine-induced encephalitis can be found, whatever the vaccine.”

Tomorrow, Thursday, at 13:00 hours Central European Time, there will be a discussion on Gardasil and side effects in the Danish Parliament. It will be broadcast live. We have been informed that the discussion may be in the English language, although this can’t be confirmed at the time of writing.

The counter reaction to HPV vaccine in Denmark has been considerable since the documentary The Vaccined Girls" ("De vaccinerede piger") was broadcast in Denmark in March this year, and Dr Louise Brinth revealed 60% incidence of POTS following vaccination.

What do we and don’t we know?

What can we say for sure? The symptoms of CRPS and POTS create very severe issues for a large group of girls, especially. Most are not getting adequate care, regardless of the cause or link to the HPV vaccine. We know that finding a causal link would be very difficult scientifically and probably there are not sufficiently detailed data available to be able to confirm this link one way or another.

Another issue is that the statements made about potential side effects on the product information linked to Gardasil do not suggest anything like the severity or duration of effects that many of these girls are experiencing. Parents claim that had they known the effects could be as serious, they never would have given consent. But the authorities can continue to turn a blind eye saying that they have no reason to adjust the patient information while no evidence that these effects are linked to the vaccination is available.

For us, this is where the logic falls apart. There simply are not sufficient data or studies of all the girls who have developed CRPS or POTS in relation to the timing of vaccinations to know. The fact is, for many girls, there is a very clear temporal association between receiving the vaccine and developing symptoms. Until this subset of girls suffering from CRPS and POTS becomes a central focus of research, and the girls are given adequate healthcare support, the question will remain open.

And the authorities will have to cope with an increasing suspicion over the role of the HPV vaccine.