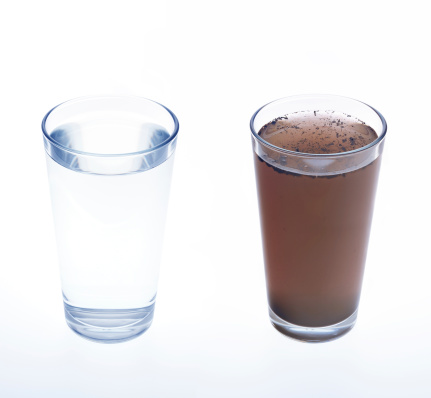 We consider appropriate responses, in the wake of a tidal wave of negative news about water quality and pollution

Water is essential to all life and survival. Our bodies are unable to survive without it for more than 3 – 5 days. Yet reports of unacceptable levels of water pollution by industry, insufficient water quality regulation and oversight by governments, and inadequate infrastructure or inappropriate purification processes on the part of water utility companies abound. Lest you think that this is only occurring in developing countries, think again. The USA, is far from immune to these issues, with the likes of US environmental activist, Erin Brockovich still fighting the good fight for cleaner drinking water. At the heart of the majority of reports appears a common theme: corporate greed and corruption, something with which Ms Brokovitch is intimately acquainted.

Raising awareness about the issues is the precursor to ensuring a less polluted or contaminated water supply for a healthier future. There is valuable work being done by various groups (see also below), as well as high profile individuals like Erin Brokovitch.

It’s time for utility companies, industry and governments to be held accountable and to put people and the environment before profits.

Problems with water supply infrastructure, inadequate water purification and unregulated chemicals have been brought to the fore recently in Flint, Michigan, where people were expected to the drink foul, lead-contaminated, brown water that came out of their taps. There have been similar reports of polluted drinking water elsewhere in the USA recently. Last Summer saw the tragic discharge of millions of gallons of contaminated water from a disused Gold mine in Colorado, which is now polluting the lands of the Navajo Nation in New Mexico. This was followed by the devastating collapse of a dam at an iron ore mine in Brazil. Then there are regular reports of contamination of waterways by glyphosate and toxic agricultural run-off including in the USA and in Europe. There are also very real problems with low level, chronic exposures to thousands of Endocrine Disrupting Chemicals (EDCs), as well as residues from pesticides, pharmaceuticals and personal care products.

Then, there’s the issue of a failing drinking water infrastructure and lack of money.

This week, a spectacular life-like demonstration with a ‘drilling rig’ erected at Westminster in London, brought the huge public concerns about the effects of hydraulic fracturing (fracking) to within metres of the seat of the UK government. There are reports of havoc being wreaked by the controversial practice on the environment, livestock and on water supplies. The US Environmental Protection Agency (EPA) has now officially identified potential mechanisms by which fracking affects drinking water resources, and its long-awaited report states that contamination can occur rapidly or over a number of years: “of the potential mechanisms identified in this report, we found specific instances where one or more of these mechanisms led to impacts on drinking water resources, including contamination of drinking water wells. The cases occurred during both routine activities and accidents and have resulted in impacts to surface or ground water”. Fracking is clearly neither safe nor sustainable, and it’s unacceptable that profits for energy companies are being put before citizens and the environment.

What can we do?