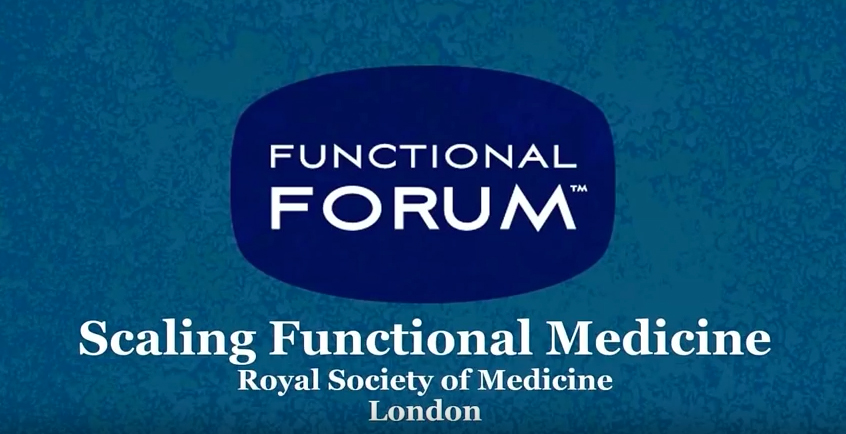 #FunctionalForum: expression of a healthcare revolution

A healthcare revolution is underway. It’s a global phenomenon, and people around the world are coming together to light the touch papers and ignite the movement. It involves natural health and much less reliance on drugs. It’s the type of revolution many have been working towards – and its central to the mission and vision we’ve long had at ANH.

Here are three markers that herald the initiation of the revolution:

The British Medical Journal (BMJ) is something of an institution, being a wholly owned subsidiary of the British Medical Association (BMA). As one of the world’s premier medical journals, it manages to mix ingrained orthodoxy with progressive approaches. Fiona Godlee, the editor-in-chief, became highly conspicuous in alternative medicine circles when she hitched her wagon to that of Sunday Times journalist Brian Deer and became one of the leading medics challenging Dr Andrew Wakefield and the 12 other authors of the famous Lancet paper of 1998 that suggested a possible link between the MMR vaccine and autism. This is not the place to resurrect the debacle that ensued, save to say that we’ve covered our views on it many times, including here, here, here and here. With the fabric of the BMJ deeply woven into the bedrock of the medical orthodoxy, it’s highly significant that the journal has launched its Too Much Medicine campaign that “aims to highlight the threat to human health posed by overdiagnosis and the waste of resources on unnecessary care”. The campaign also highlights the risks of pharmaceutical overuse and abuse. Its aim is quite simply to “wind back medical excess, safely and fairly.” It’s more, rather than less, poignant that it’s the BMJ heading this campaign. That’s because the BMJ is the BMJ, and we’re confident the campaign will have a positive effect in the medium- to longer-term in reducing unnecessary pharmaceutical and surgical treatments, and not just in the UK and within the NHS.

Quality of healthcare delivery is deteriorating

A growing number of people are poorly served by their healthcare system. This is despite all the so-called ‘advances’ in modern medicine. Many factors contribute including lack of patient engagement, excessive focus on acute care, ineffective remedies for many chronic diseases, aging populations, more people living with metabolic diseases like type 2 diabetes and Alzheimer’s, focusing on disease treatments too late in the disease cycle and, among so many other things, lack of sufficient attention to disease prevention. The good news, among this gloom, is that the US National Institutes of Health recognises most if not all these issues, as does the UK NHS think tank, the King’s Fund.

The most recent King’s Fund Quarterly Monitoring report (May 2016) says that, “nearly two-thirds of NHS trust finance directors and more than half of clinical commissioning groups (CCG) finance leads say the quality of patient care in their area has deteriorated over the past year”. A staggering 3.7 million Britons are currently awaiting hospital treatment of one form or another. Identifying and recognising the multiple problems is a pre-requisite for finding solutions. The fact that the likes of the NIH and the King’s Fund have fairly and squarely put their fingers on at least some of the underlying problems – is a big step in the right direction.

The two markers above are about influential organisations and bodies recognising and identifying some of the key problems in healthcare. It’s when it comes to agreeing among a wide stable of healthcare professionals what form the solutions should take that the trouble starts. Why is it so hard to find consensus?

One of the big issues is that people with influential views don’t always know what they’re talking about. Views on what constitutes an appropriate diet or a healthy lifestyle is a good case in point. The US myplate and the UK’s eatwell guide are examples of what the US and UK governments think we should eat.

Why is it that independent scientists from Harvard, or for that matter scientists at ANH, think those diets might contribute to, rather than resolve, chronic diseases? In his nail-on-the-head blog on the subject of the low carb revolution, UK health journalist Jerome Burne this week alludes to the mainstream advice being more than just a little influenced by Big Food. He also believes we might be witnessing a seminal moment in medicine — a trigger point — in which a shift away from low fat and towards low carb could yield considerably greater successes with the plethora of chronic disease challenges we currently face than any drug intervention. The reason this shift might be ‘stickier’ than previous dietary fads is this one has a growing group of doctors behind it. As Jerome says, it would be ignored if it was just nutritionists rallying behind it – but doctors are different.

Yet, as the National Obesity Forum wobble last week suggests, consensus may not yet have been achieved, but let’s not forget that was less to do with a divide on macronutrient ratios and more to do with poor management of communications. Also, a one-size-fits-all approach will never work for everyone because our physiologies, genetics, microbiomes and environments are all unique.

One of the shining lights in the movement towards healthcare reform is a rapidly expanding virtual organisation that calls itself the “world’s largest integrative medicine conference”. It’s called the Functional Forum and there are no prizes for guessing the all-important hashtag (answer: #functionalforum).

On the first Monday of every month, a forum is held somewhere and broadcast to any healthcare practitioner that elects to register and tune in. James Maskell, co-founder of the Functional Forum, calls it “medutainment” and it brings together the latest health news and views on research and practice development and health technology in an inspiring, accessible, upbeat and entertaining way. 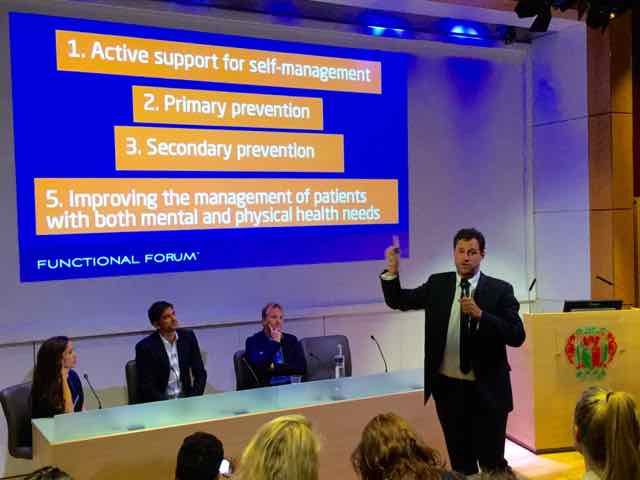 What’s more, you can watch past forums via the Functional Forum’s youtube channel.

Grab a herbal tea, and absorb the fascinating presentations made by James Maskell (who takes into account in his presentation the King’s Fund framework I pointed him to), Dr Rangan Chatterjee (for insights about what really happened during and after the ‘Doctor in the House’ series on BBC TV) and Mike Ash (for a whirlwind tour of the human superorganism) at the 1 June Functional Forum meeting in London. It was the first forum to be held outside the USA, and, suitably, it was held in the Royal Society of Medicine, the world’s oldest medical institution.

We were delighted to have been in attendance at the forum – the buzz was electric! At the networking session that followed the talks, there was a fantastic opportunity for practitioners to come together and find ways of collaborating, to learn how they might better transform their practices.

Changing the legal and scientific framework for healthcare

The infrastructure shifts that are required to support the transition in health we’re convinced is already on its way requires some big changes to be made. Here are just a few, the first three being key take-homes offered by James Maskell at last week’s Functional Forum:

Our advice to the public is to find practitioners who support these kinds of shifts – as they will be riding the crest of the wave of the healthcare revolution.

Practitioners? Increasing numbers are already heeding these approaches. Like Dr Rupy Aujla, you can choose to be inspired to be an inspiration. Ideally be both!

Let’s help the revolution gather pace. The time is now.