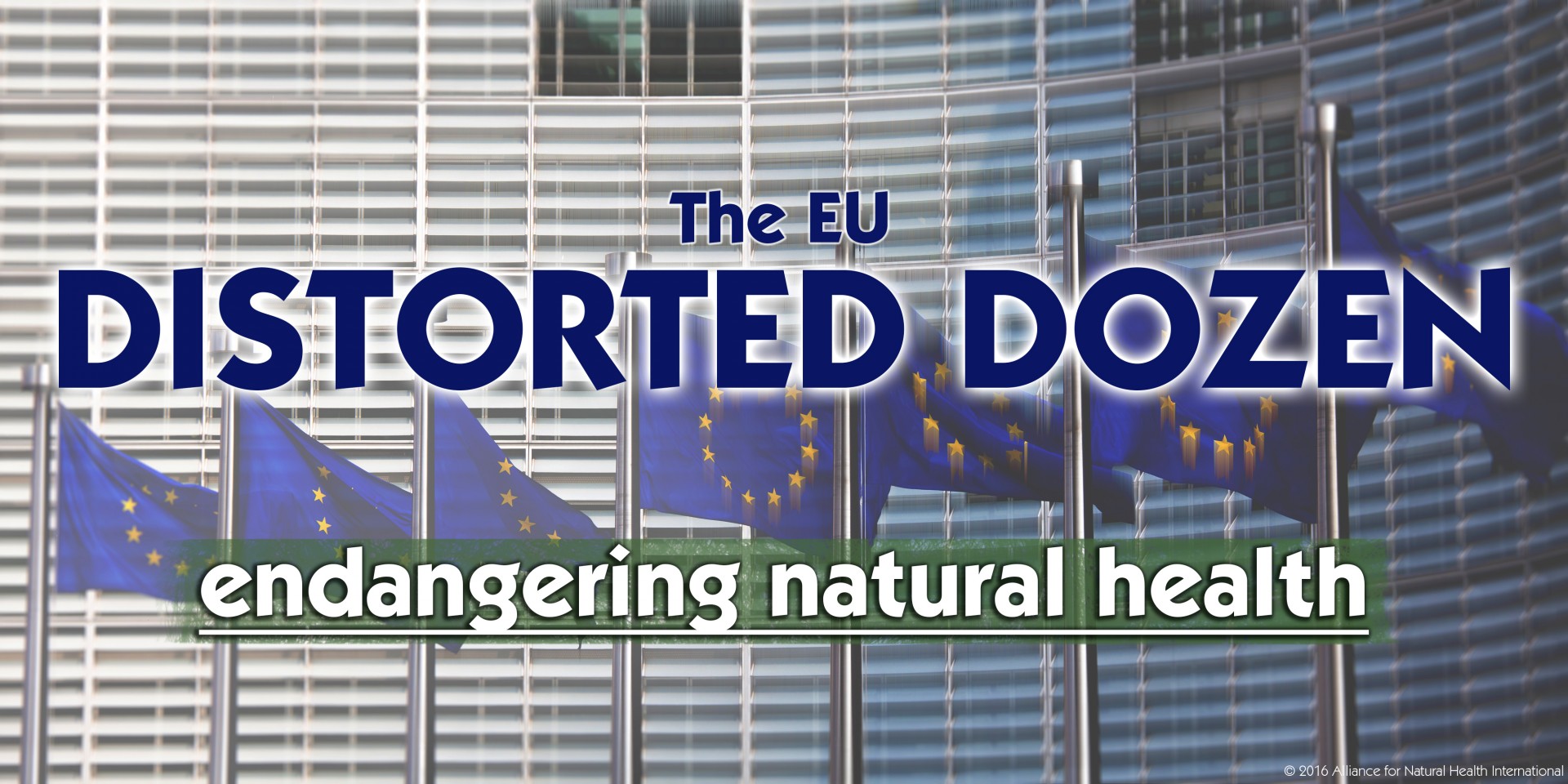 As the UK’s Conservative party turns itself inside out in its quest to find a new leader — to lead not only the party once led by Winston Churchill — but also the country, it is perhaps an opportune time to reflect on what the EU has brought to natural health, both positive and negative. Given the literally hundreds of EU Regulations, Directives, Decisions and Recommendations that in one way or another impact our ability to manage our health naturally, let along the great slather of European case law metered out by the European Court of Justice, we have decided to focus on just a dozen of the key regulatory frameworks.

Following on from last week’s SWOT analysis, about which we’ve received some very positive feedback, we’ve decided again to use a tabular format to present our information. Legislation has to have a plausible purpose that can get it off the ground. In the EU’s case, it needs to have sufficient justification to launch the proposal stage, then it needs to survive being put through its paces in the EU’s hugely expensive and time-consuming co-decision procedure. This typically involves two readings in the European Parliament and extensive input from the EU Member States via the European Council and, of course, the process is led above-all by the undemocratically elected, unaccountable European Commission.

This convoluted law-making process often means that you start with laws that are totally justifiable and so have ample reason to exist, assuming they stay on track with their originally intended purpose. The difficulty — and this is by no means limited to laws affecting natural health — is that the laws get pulled, pushed, squeezed and distorted by a plethora of different interests over the lengthy time they are processed in the EU’s law-making sausage factory. Like ultra-processed foods that we know now are a significant contributor to the ill health of those who consume them, ultra-processed EU laws are undeniably bad for good law and justice.

Things are made even worse by the fact that there are 28 EU Member States engaged in the process, along with 751 Members of the European Parliament (MEPs), and above-all, it is stage-managed by the European Commission that is well known for running rough-shod over the last remnants of the democratic process. Compromise packages are the name of the game, and they typically involve back-room deals between Commissioners, rapporteurs and whichever Big Business sector has made the best case for why its interests need protecting over and above any public health interests or fundamental public freedoms. And it so happens these are areas on which we keep a very close eye, such is the tendency for the EU’s sleight of hand as EU laws are being made or amended.

The good, the bad and the ugly

You’ll find our analysis of what we call the Distorted Dozen big EU laws affecting natural health has been divided into three main areas, the good, the bad and the ugly. This covers the sequential process in which these EU legal frameworks have been distorted from their original, often laudable, intended purpose (we’ve resisted calling them the Dirty Dozen for this reason). We’ve considered the GMO framework as a single entity of law, although it is divided into many sub-laws, the most important of which we mention.

EU laws, it should be recognised, are continuously being developed, with thousands of people, largely in Brussels, dedicating their lives solely to this task. We allude to some future laws that have yet to be cemented or enacted such as the future imposition of EU harmonised maximum permitted levels for vitamin and mineral supplements. For many years we have been centrally involved in slowing or even blocking this process, that could end up banning the amount of selenium in five Brazil nuts when taken as a food supplement, despite copious and very recent evidence that Europeans are suffering elevated risks particularly from liver cancer because of their low selenium status.

These Distorted Dozen cover some 3,436 pages of legal text if you take into account the consolidated versions of each of the laws or frameworks to which we have provided hyperlinks. Yes, Susie in our team counted the pages!

The final column of information in our Distorted Dozen table (below) summarises some of the key actions we believe need to be considered by the UK government and Members of Parliament as the UK starts to extricate itself from the EU in 2017. It will be a long journey, but with sufficient foresight and planning, there is a real opportunity of creating a legal infrastructure for health, wellbeing and disease prevention that outperforms any other in the world.

Some of this is made possible through a deep understanding of the extensive distortion that has been wreaked upon laws that were originated based on good, laudable reason. This knowledge has been sharpened by the nearly half a century of experience that the UK has been privy to since joining the EEC in 1973 under the leadership of Edward Heath.

While the British people chose to stay in the EEC following the 1975 referendum, some 4 decades on, they have made a different choice. Now is the time for renewed democracy, and renewed participation by the public. It’s about co-creating a bright new future with the elected representatives of the people, rather than with an unaccountable authoritarian regime. It’s about ensuring our health, as well as our fundamental freedoms, are considered centrally in the overall plan moving forward. History will tell just what the British people made of the many opportunities offered. 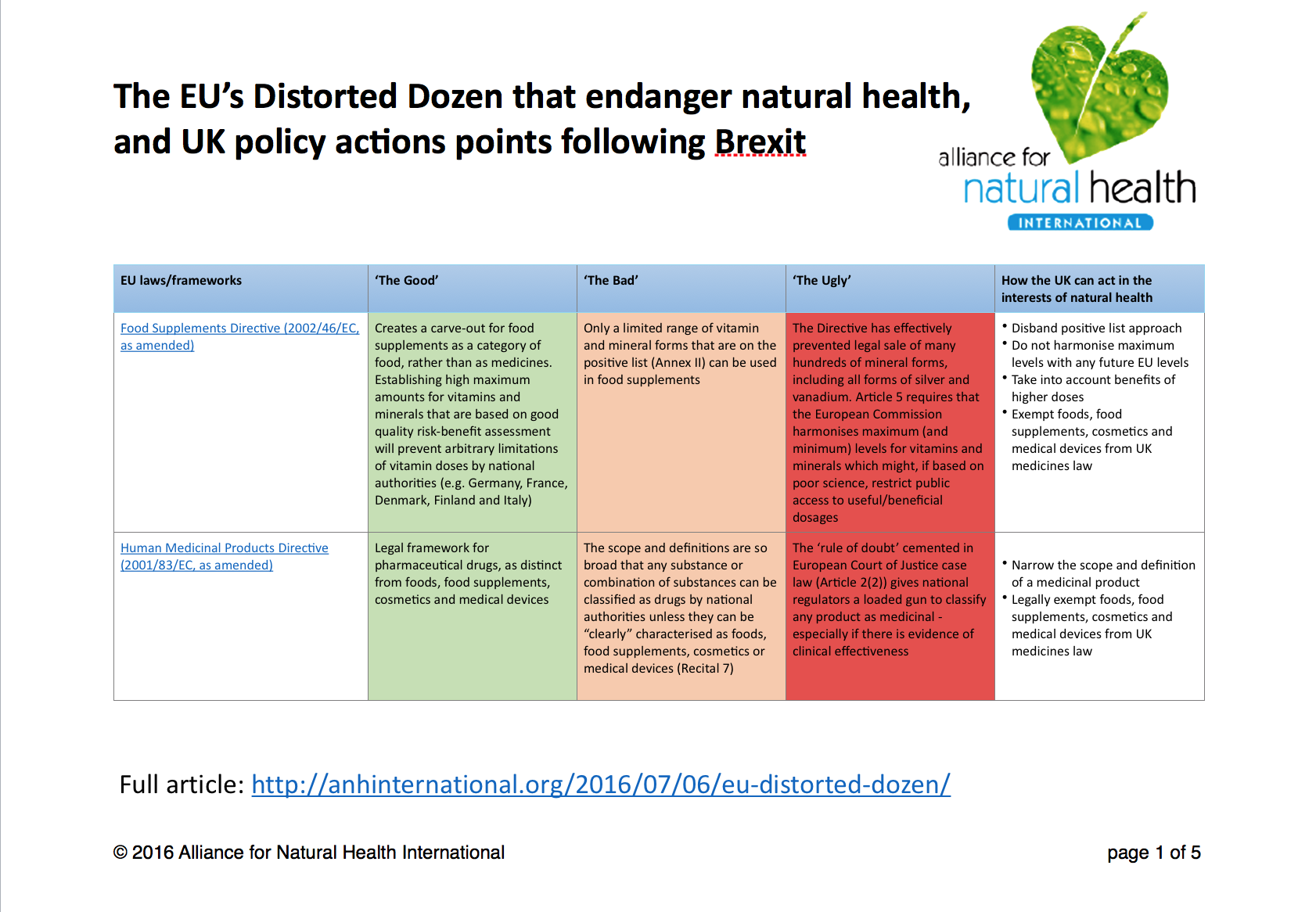