Curious about where all those cancer research donations go? We asked our friends at Dying for a Cure in this guest article

By John Piears, founder, Dying for a Cure Campaign 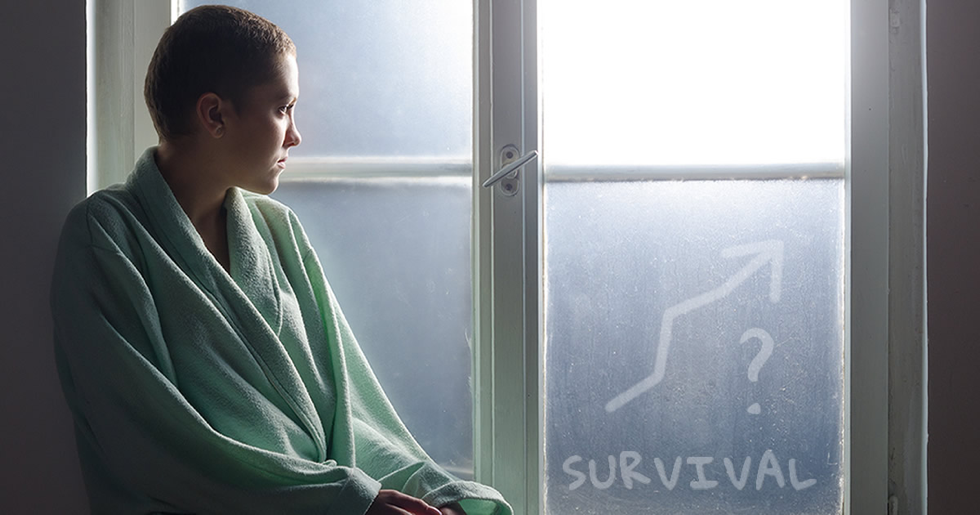 “The global system for discovering new cancer drugs is broken and failing to turn enough discoveries into innovative new medicines” - these were the words of Professor Paul Workman, head of the Institute of Cancer Research and one of the world’s leading experts on cancer drug discovery, when he addressed the World Oncology Forum in 2014. But surely he’s wrong – we’re making great strides forward with cancer...aren’t we? Barely a month goes by without a newspaper headline hailing the latest cancer breakthrough or another cancer charity report telling us that more people are surviving cancer now...aren’t they?

Well, dig beneath the spin and the hype and you’ll discover that everything in the garden isn’t as rosy as it seems. It turns out that 95% of promising cancer research discoveries don’t work when they are tested in real patients. And half of those that do work are too expensive for routine use by the NHS, even though we have the fifth richest economy in the world. As if this wasn’t sad enough, the drugs that do ‘work’ often don’t work very well. A recent study found that new drugs approved for solid tumours (most cancers) between 2002 and 2014 were only expected to extend patients lives by an average of 2.7 months compared with existing treatments. At this rate of progress it would take at least 1,778 years to get a 20-year survival improvement for all 200 types of cancer. We would need a race forever not a race for life!

So what about the cancer survival statistics – more people are surviving cancer now...aren’t they? Well probably, but the truth is we really don’t know. There is a strong inference from the published survival statistics that ‘cancer survivors’ have actually beaten cancer, when in fact many of them still have cancer or are living with debilitating side-effects from the treatment. There are sadly no published statistics on how many patients have genuinely beaten cancer or are in long-term remission, which is surely what patients really want. Instead, the often-quoted survival statistics simply measure how many people are still alive 5 or 10 years after being diagnosed with cancer. This doesn’t actually prove that cancer patients are living longer; mainly that patients are living with cancer for longer. In an era of evidence based medicine, surely we need evidence based statistics!

So, what about all the money the public gives for cancer research? Where does all that go and why are we seeing so little benefit from it? That is the million dollar question – or in fact the two and a half billion pound question. Each year the British public contributes a massive £2.5bn towards the cost of developing new treatments for cancer, through donations to charities and indirectly through taxes that pay for Government grants and mark-ups that drug companies add to drug prices. Some of this helps to fund research, primarily in University labs, but most of it covers the costs of clinical trials to ensure that new drugs are safe and effective – or more likely not safe and effective.

But here’s the rub - we rely on the private sector to translate publicly-funded research into new medicines, so drug companies understandably target investment where it creates maximum value for their shareholders. This may not necessarily be where it creates greatest value for patients or where there is greatest need.

As new drugs only need to outperform existing drugs by a small amount to become the ‘drug of choice’ for a particular cancer, there is no incentive to invest in drugs that perform significantly better. In fact, perversely, there is a disincentive for drug companies to invest in drugs that have larger benefits for patients, as this makes it harder to find successor drugs and reduces sales revenues over the longer term. We are relying on profit-motivated organisations to develop cures that are not in their interest!

Furthermore, once a new drug has been tested and approved, drug companies are free to set prices at whatever level they like, as they are granted legal monopolies on new drugs under 20-year patents. Drug companies understandably charge as much as they can get away with, even if the drug was discovered with the help of public money, and they continue to charge the highest price they can, long after recovering the costs of developing the drug. Prices end up being totally unconnected to the cost of developing and manufacturing the drugs or to their therapeutic value.

The NHS has little choice but to pay the price demanded or to treat patients with older, less effective drugs. Sometimes the NHS manages to negotiate a discount, as the size of the UK market can be attractive to the drug companies, but often drug companies will prefer to forgo potential revenues from the UK rather than lower prices too much, to avoid downward pressure on prices in other more valuable markets like the US, which accounts for nearly half of worldwide sales of cancer drugs. Obviously this means that the best medicines are often not available to patients in less wealthy countries, an issue under consideration right now by the United Nations Human Rights Council.

The current system for medical research is dismally failing patients due to a lack of controls to prevent commercial excesses and perverse incentives to beat cancer later rather than beat cancer sooner. It is fine for new vacuum cleaners, where it’s not the end of the world if we can’t afford the latest gadget, but not for life-saving medicines where the consequence of increased profit is increased loss of life. 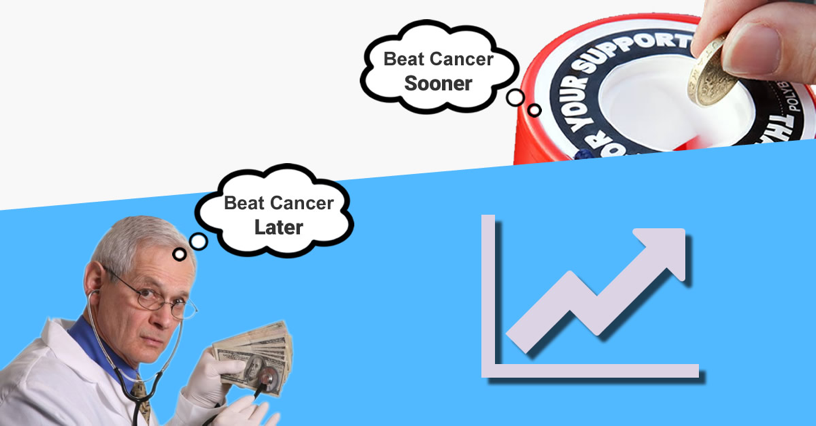 We can’t keep putting our heads in the sand and ignoring the fact that we have so little to show for our financial contribution to cancer research, and that the main beneficiaries of our generosity and compassion are the pharmaceutical companies. As Professor Workman said, “the global system for discovering new cancer drugs is broken”. We need to fix it urgently, for the sake of everyone dying for a cure.

About the Dying for a Cure Campaign

‘Dying for a Cure’ is a campaign founded by John Piears, who lost his wife to ovarian cancer in 2015 at the age of just 41. The campaign aims to highlight how profiteering and a dependency on patents for innovation are holding back cures for cancer and leading to life-saving medicines being priced out of reach of patients. By raising public awareness of flaws with the current model for funding medical research and through collaborations with other campaign groups, the Dying for a Cure campaign hopes to encourage political leaders in the UK to take steps to implement more effective controls and incentives that will drive improved medical innovation and access to new treatments.