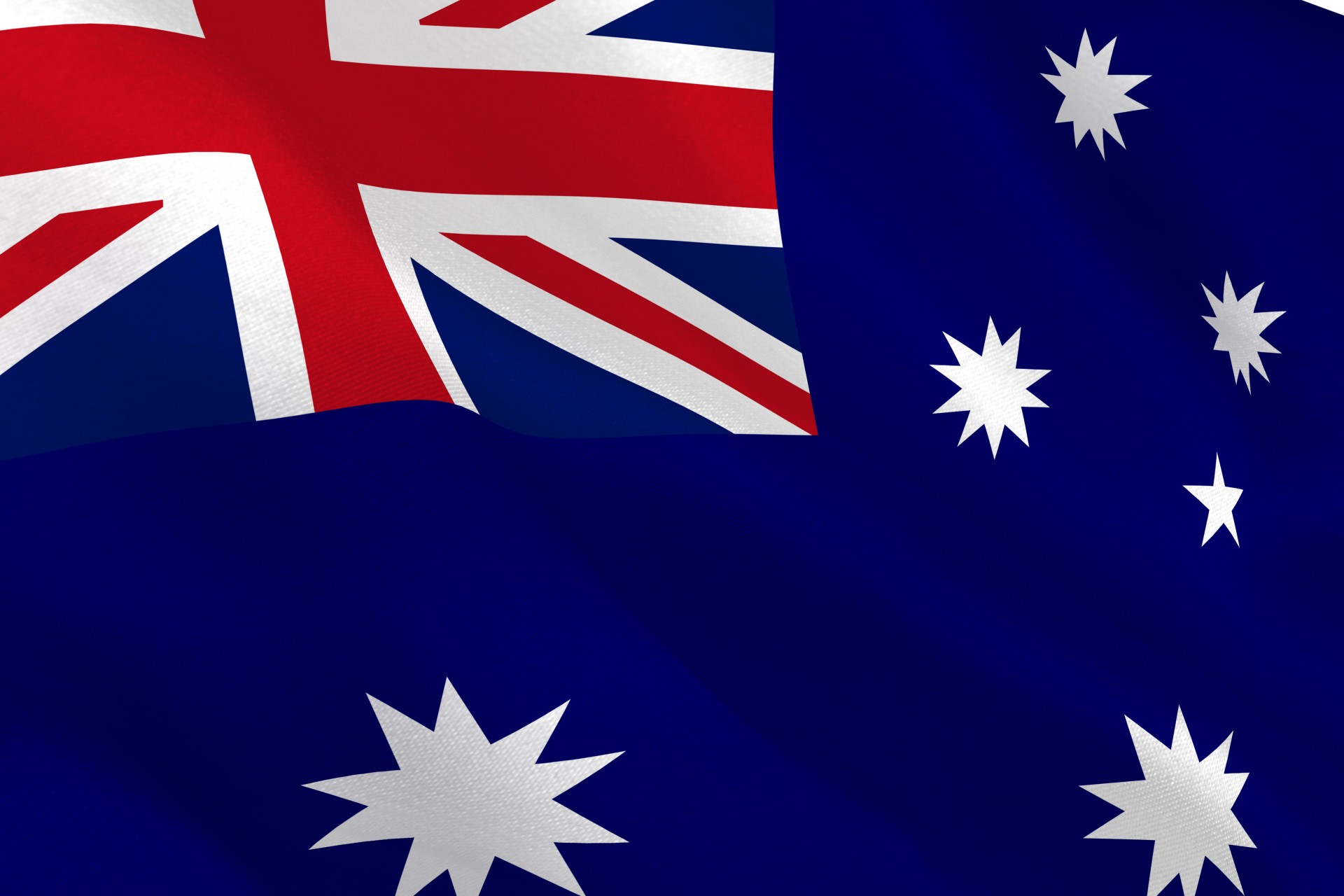 Donald Trump’s victory in the US election and Brexit are two of the loudest signals issued from the Western world that people are deeply disenchanted with the 'established order'. Immigration issues may have been pushed to the top of the agenda in each case, but there has been a mass of other issues that have featured strongly in both cases. These include distrust of the political allegiance between Big Government and Big Business, and the highly controlled, globalised society that is deemed part of the established order’s package.

In this article, we review a number of observations from our recent visit to Australia, which took in multiple meetings with key players int he natural health field, with practitioners, will companies and suppliers and a practitioner training session with Dr Robin Willcourt in Sydney, as well as the Australasian Society of Lifestyle Medicine’s inaugural international conference in Melbourne.

Aiming for the World Stage

Today’s Australians are a composite of ethnicities, dominated by Caucasians originating from Britain, with indigenous Aboriginal populations having been reduced in a little over 200 years to just 0.5% of the 23 million total. However, in recent decades, using a partially militarised approach, Australia has sought to stem the tide of immigration particularly from South East Asia and the Middle East. Included has been extensive use of high-wire fencing and the installation of a gaggle of increasingly privately-owned onshore detention camps for illegal immigrants, an approach that’s increasingly being copied around the world. There appear some similarities between the way in which Australia seeks to control the influx of human populations and its long-standing desire to keep out pests and diseases in an effort to protect its agricultural economy, along with its indigenous flora and fauna

Given the small size of its population, Australia has a disproportionate influence on the rules affecting food and even supplements. Representatives from its government have long been among the heavy hitters controlling the agenda, alongside the United States, Canada and Europe, for the rules affecting the global trade of the food supply. As such Australia is a major player at the table of the Codex Alimentarius Commission, a seat it has probably gained given its role as a major global food exporter.

It doesn't take most visitors long to work out that Australia is a highly regulated country. In fact, the World Economic Forum’s most recent survey has sandwiched Australia in a lowly 77th position out of 138 in the world (between Malawi and Cameroon) when it comes to the perceived burden of government regulation by businesses.

Among the clearest demonstrations of Australia’s highly regulated state are the hygiene controls imposed on imports, something that is immediately evident to any visitor entering customs on arrival at an Australian airport.

When it comes to the availability of products, one of the biggest current challenges for natural health businesses is the need to conform to the recently revised Australia New Zealand Food Standards Code overseen both by Australia and New Zealand, through Food Standards Australia and New Zealand (FSANZ). This code is meant to be all about food safety, yet it — perhaps unwittingly — effectively bans a whole range of perfectly safe and indeed highly beneficial nutrients. There is nothing new with these kinds of effects; they happen the world over when out-of-touch bureaucrats are left to make up rules that bypass any proper democratic process. They also persist even when affected industries object, if that industry is perceived to be a minor player. That, sadly, is the typical government perception of natural health interests (from practitioners through to manufacturers and suppliers), despite its increasingly evident capacity to help win over the existing chronic disease burden.

Talking with companies and practitioners in Australia, many are incredulous over what is now outlawed, and what isn’t. Following are some standout examples based on the May 2106 update of the FSANZ code:

The bureaucrats responsible for this code either know little or nothing about nutrition - or they are content to see unjustifiable limitations placed on the sector. Or both. The worst of it is that this approach heralds in a system of EU-style positive lists, making illegal a rash of nutrients that are off the radar, natural or simply not known to the regulators because they are not on the ingredients listings of the major raw ingredient manufacturers (these typically being pharmaceutical companies).

Another major revelation we encountered was the extent of the pressure being placed on medical doctors to stick with treatments endorsed by the medical establishment. We met with doctors who were fighting to hold on to their medical licenses because of their decisions to prescribe natural, rather than pharmaceutical, medicines. A similar fate faced those who had voiced their concerns over lack of informed consent and transparency on the known side effects and benefits in relation to childhood vaccination. In short, many doctors are 'towing the line' simply out of fear of the licensing authorities. To further ramp up compliance, death threats have also sometimes accompanied these challenges.

We are looking with various groups in Australia how we can help to influence this untenable situation for the better. Watch this space.

The inaugural annual conference of the Australasian Society of Lifestyle Medicine (ASLM) ran between 4 and 6 November at the Grand Hyatt in Melbourne. It heralded in a perceived need by integrative medicine advocates in Australia and New Zealand to find a new language, and even a new paradigm, in which to fit what we call 'natural health'. it also reflects the fact that lifestyle medicine, taking into account modifications of diet and lifestyle, is the most powerful medicine known. In a recent visit to Australia, David Katz MD of the True Health Initiative said, "80% of all chronic diseases can be prevented simply by adopting a healthful lifestyle."

The event, in Melbourne this year, saw 48 speakers (including myself, gaving three papers in all) — 8 countries represented, 40 hours of education packed into 3 days and 440 attendees raving about the quality of the event. As first events go, this one hit all the right buttons. Delegates were spoiled for choice with the programme, which over-delivered on the breadth of material covered relating to lifestyle medicine. It was encouraging to see that it wasn’t just a first for the ASLM. For many delegates, doctors and dieticians in particular, this was a first toe-in-the-water experience looking at clinical practice through a different lens. The 3-day program gave the opportunity for full immersion for those that were ready to take the leap. By all accounts, and from the many positive conversations we had at the ANH-Intl stand, plenty opted for the latter.

And the food…. There is a lot to be said for the need to walk the talk, or should I say, eat the speak. Making the most of the diversity of Australian natural produce, the food was exceptional throughout the conference. Mostly plant-based, almost completely gluten and dairy-free, but with very high quality animal protein e.g. wild caught salmon, grass-fed, free-roaming beef, for the omnivores present. Without question it was a seminal lesson in ‘eating a rainbow’ every day and couldn’t have better emphasised the ANH-Intl Food4Health guidelines, as, fortuitously, our posters were set up right next to one of the food stations.

Just one of the meals at the ASLM conference: Heritage carrots, kale, cauliflower and quinoa salad, slow-baked trout and fresh herb salsa, with bite-sized gluten-free, vegan, ‘Rainbow Wraps’, all topped off by a phytonutrient-dense green salad.[/caption]

The bar has been set extremely high for future conferences and the ASLM team could not have shouted 'Lifestyle Medicine' any louder if they’d tried. The second conference will be in Sydney from 15th – 17th September 2017 and early-bird registration is already open.

Informed by the research and views of Prof Shoenfeld, the ‘father of immunity’, we consider whether the current pandemic could trigger a super-epidemic of autoimmunity

Could you be forced to have a covid vaccine?

Could you be forced to have a covid vaccine?

UK barrister, Daniel Barnett, walks you through the legals on whether you can be compelled to vaccinate in the UK