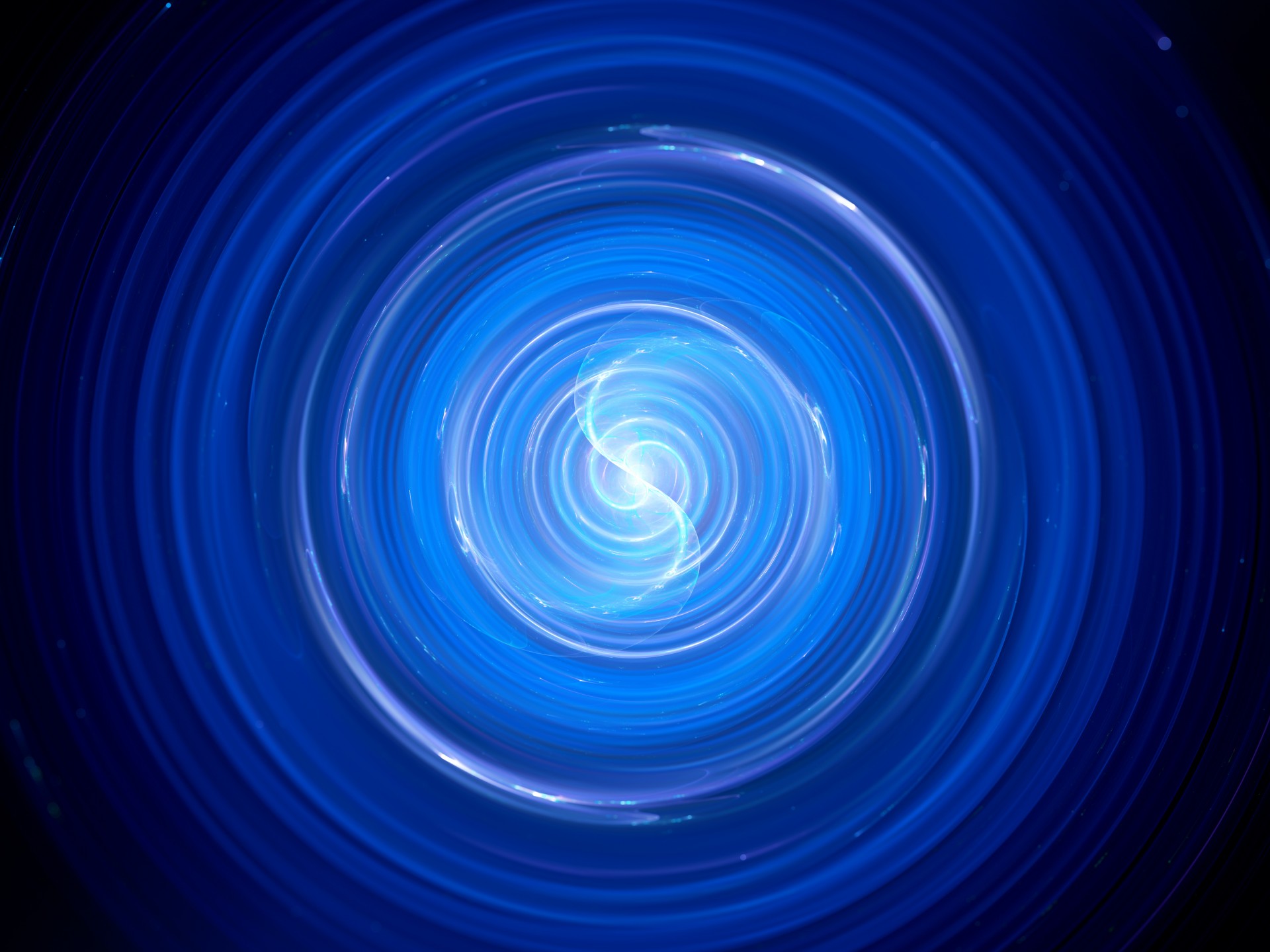 We can’t live without Wi-Fi, but are we paying too high a price for 24/7 connectivity?

Each year, every one of us is being assaulted by more and more microwave and radiofrequency radiation from a rapidly expanding array of wireless communication systems and devices. It’s not your dosing from a single device you need to be concerned about – it’s your overall exposure, to what is usefully referred to as ‘electrosmog’. Research has shown that total eletrosmog exposure may increase by over 50% each year.

The Swedish government officially recognises electrosensitivity as a functional impairment, but other governments are being slower to catch on, despite our ever-increasing invisible burden, the effects of which are exacerbated by poor diets and lifestyle choices. This leaves individuals in the position of having to take action themselves to reduce the overall impacts, many of which might only be visible years down the line. We asked Guy Hudson, physicist, electrosmog expert and electrosensitive himself, to clarify what exactly is contributing to our invisible burden and what some of the effects may be on our health.

in association with the ANH-Intl team

Electrosensitivity (ES), Electromagnetic Hyper-Sensitivity or Electromagnetic Intolerance reflect an individual’s hypersensitive response to microwave and radiofrequency radiation (electrosmog). Electrosmog levels are already producing mild problems in approx 30% of the population (sleep disturbance, tiredness, memory problems, etc.) with 3% of the population affected more deeply, many of those no longer able to work or enjoy life. There are indications that even in those who seemingly exhibit no symptoms of electrosensitivity, their immune systems are still being affected. 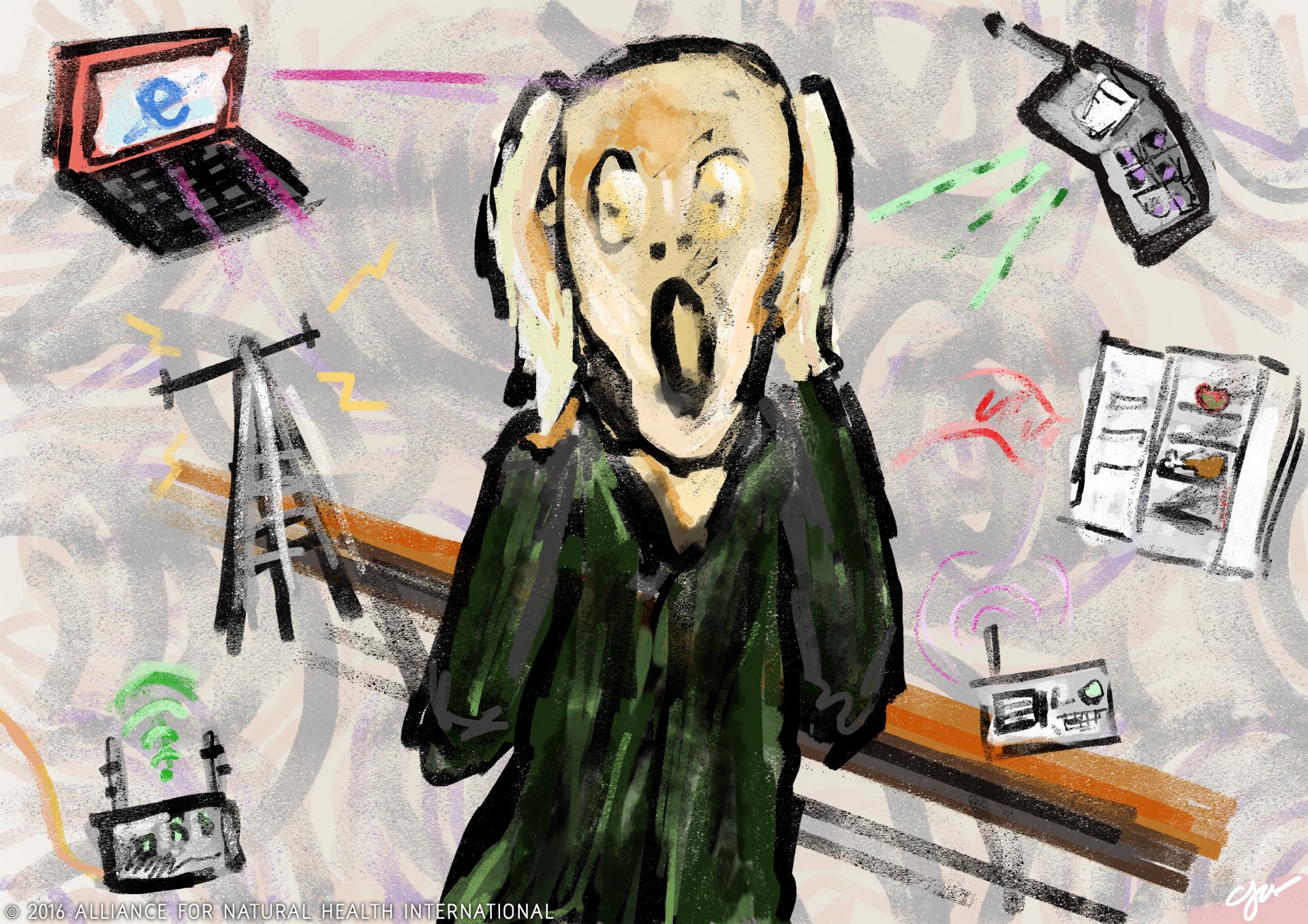 Five technologies that contribute to Electrosmog

We now face in the UK and in other Western countries, a huge hike in electrosmog pollution levels due to the following five technologies being implemented.

What causes the biological effects of excessive EMF exposure in an individual?

It appears that the non-thermal effects of EMF exposure are likely by far the most important in triggering electrohypersensitivity. There’s been considerable scientific debate around the possible mechanisms and the conclusions of Professor Martin Pall, out of Washington State University, remain in our view among the most plausible. Professor Paul explains that being overburdened with EMF interferes with the function of a critical pathway (Protein Kinase G (PKG)) that is involved with a wide range of key processes in the body including cell division, nucleic acid (DNA, RNA) synthesis, the regulation of smooth muscle relaxation and platelet function. There are also likely to be impacts on nitric oxide-peroxynitrite-oxidative stress. With these kids of impacts on essential processes, it is no wonder that the pathological symptoms associated with EMFs can be so far ranging and may be an important contributor to modern diseases such as depression, heart disease and cancer. They are also likely to be major contributors to general fatigue or malaise that is one of the most common symptoms reported to general practitioners.

The lobbying by telecoms companies declaring mobile phones and wireless devices couldn't possibly cause cancer misses the point. It seems to take a decade or so of heavy use mobile phone use to changes through non-thermal effects that might trigger cancer with the disease manifesting many decades down the line making a causal link almost impossible to establish, especially as there is no longer any true 'experimental control' that is isolated from electrosmog.

Any electrosensitive will tell you that many of the effects of electrosmog are immediate – headaches, brain fog, heart arrhythmia and neurological conditions to name a few. Furthermore, conditions such as Autism and ADHD are, in the opinion of doctors and practitioners in the field of integrative medicine, may also affected by electrosmog, these view being based on the fact that reducing exposure often improves symptoms.

Standards for mobile phones don't sufficiently take into account children and their differences. In general, the percentage of emissions absorbed by a child is higher than an adult as their heads are smaller and their skulls thinner. What is of most concern is that in children born in recent years their lifetime exposure to these technologies is much higher than adults born before the introduction/upsurge of this technology.

So, in conclusion, whilst there are moves afoot to make changes to the legal framework, the progress is unfettered by regulation and actively constrained by the huge sums of money and profits wielded by the telecomms cartel. Whilst things are likely to get worse before they get better, significant grassroots pressure is needed to build up sufficient momentum to ensure the correct safety standards are put in place.

We have no natural defences against microwaves – unlike light and heat waves, we have evolved without the current burden of microwaves because these are the result of very recent and very rapid expansion of the technology. The fact that they don’t tend to propagate far (because they are absorbed by water molecules) and that until relatively recently in evolutionary terms there were no sources, meant that as we evolved as human beings there was no need or advantage to developing coping strategies.

There is an overwhelming amount of scientific evidence that natural electromagnetism is fundamental to all biology – plants, microorganisms, insects, birds, mammals. However, this is distinct from the sheer burden of human-made radio frequency electromagnetism in our environment that has been shown to be harmful to our health.

Despite this wealth of evidence, no consideration, let alone precaution, is taken in the implementation of these technologies in many Western countries, including the UK and USA, other than the thermal (heating) effect which just ensures that our tissues do not increase in temperature by 1 degree centigrade during a 6-minute period. The authorities use the outdated ICNIRP standard issued by a private company, controlled by telecoms industry engineers in order to set this ‘safety’ standard.

Across Europe countries are now adopting the EU-OSHA health and safety at work directive covering all known direct and indirect (short term) biophysical effects caused by electromagnetic fields. It was passed into UK law in July 2016. Under the Framework Directive all employers have a duty to assess, reduce and manage all risks to employees from the work they undertake. Hence, people who have a condition that might lead to higher sensitivity e.g. pregnancy or medical devices can notify their employers and request support. The EMF Directive only deals with well-established direct and indirect effects of electromagnetic fields, it does not cover long-term health effects. The EMF Directive identifies workers at particular risk from EMF's as those who have active implanted medical devices such a pacemakers, medical devices worn on the body such as insulin pumps, those with passive implants i.e. artificial joints, pins, wires etc, as well as those who may have shrapnel, body piercings, tattoos or body art!

What's happening around the world?

Some countries are more careful. Russia, Israel, India and Austria have a long tradition of applying the precautionary principle. Most recently France has banned Wi-Fi in crèches and reduced the use in primary schools.

The electrosmog health problem is increasingly being seen as 'the next smoking', albeit it's much harder to get away from than passive smoking. Key to the recognition of this is the World Health Organization (WHO) changing its classification of high and low frequency electromagnetic radiation to being “a probable human carcinogen”. At the moment it is still classified as “a possible human carcinogen” on the basis of the effects on animals.

More than 200 scientists in the field are lobbying the WHO and the United Nations for change via a petition. Unlike smoking cigarettes, microwave and radiofrequency radiation (the basis of modern technology) is all human-made. The important point being that as we design and control all aspects of the technology, and its emissions, so too, do we have the capability to redesign the technology to reduce the harm.

What can we do to protect ourselves?

So the question on many people’s lips – is it worth worrying about yet another thing slated to affect our health? Everyone’s got to go sometime, right? The short answer is that there is an awful lot that can be done to protect us and our children, it’s just not being done. The good news is that even a small amount of electrosmog reduction can reap very great health benefits. Electrical allergy or electrosensitivity is a risk for all of us and key to avoiding becoming more sensitive is to reduce our overall exposure.

We can take control by being more careful in how we let ourselves be exposed, when we have some choice by carrying out regular ‘electromagnetic hygiene’. Here are some suggestions:

However, the most vitally important task at hand now is to get the telecoms industry - the largest industry the world has ever known – to properly and conscientiously consider consumer health and safety when developing their technologies. There is an important precedent in the success that the car industry has had with crashsafety; every component and system on a car is designed with consumer safety in mind – now the electronics, telecoms and electricity supply and distribution industries need to consider human health and safety including electrosensitivity in all their designs. Please consider adding your voice via one of the many EMR pressure groups that exist, some of which are listed below.

For more information on Electrosmog and EMR campaign/pressure groups check out these resources:

ES-UK — a helpful UK charity with an excellent newsletter.

Powerwatch — a large resource of advice and technical information.

Radiation Research Trust — An independent campaigning charity set up to provide the facts about electro-magnetic radiation and effects on health.

The BioInitiative Report 2012 — A rationale for biologically-based public exposure standards for electromagnetic fields (ELF and RF), as well as a significant research resource.

Stop Smart Meters! (UK) — A grassroots campaign calling for an immediate halt and reversal of the UK’s Smart Meter programme.

Mast Sanity — The primary national organisation opposing the insensitive siting of mobile phone and Tetra masts in the UK.

Stop OC Smart Meters (US) — A grassroots group made up of concerned Orange County citizens working to get the word out on smart meters.

Guy is a qualified physicist who overcame debilitating electrosensitivity caused by electropollution at work from typical use of everyday electronics. He has worked and trained with world-leading medical, complementary medicine and electromagnetic Building Biologists. In 2015 he managed the very successful GET WIRED conference on electropollution and its health effects.

He has applied his his scientific and engineering experience of product development to create Beneficial Environments. Guy and his expert team have now developed a set of cutting edge products that really work and are easy to use and understand. Guy surveys and assesses homes, offices and clinics and has built a strong reputation for delivering practical, working solutions.