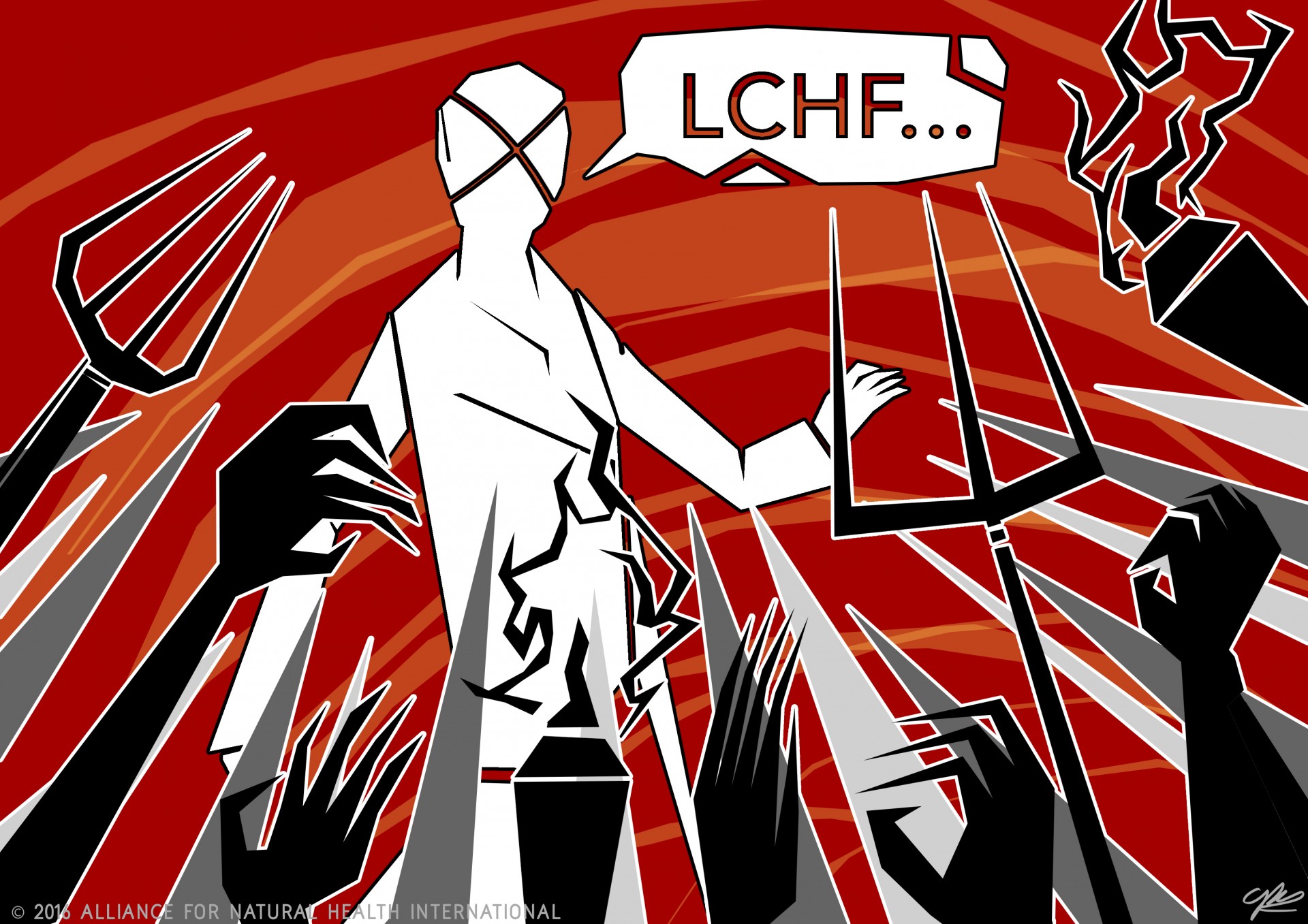 Why are healthcare professionals being viciously targeted for challenging outdated and incorrect dietary guidelines?

ANH-Intl friend and health journalist, Jerome Burne this week delivered a blog on his HealthInsights UK site that is too important to miss. You can read the entire blog or our shortened version below. In his blog, Jerome has also skillfully pulled together the work of another ANH-Intl friend and medical and science reporter, Marika Sboros of foodmed.com. Marika has been one of the key communication channels in the current fiasco with Prof Tim Noakes in South Africa. Either way, this information must be digested for anyone who wants to stay on top of the politics of nutrition!

With this winter’s festivities fast approaching, so comes the time for great fun, great friendship and great food – the latter holding the most weight, with pun intended. However, for each delicious dish, you can be sure to expect an accompanying article or thought piece warning of the dangers of all that fat. But, is this so much born from media concern, or rather the damning result of a systemic confusion between science and politics? And how has this issue drawn so much confusion and misinformation, that it’s even forced legal challenge against top medical professionals who dare to challenge the dietary orthodoxy?

Below the belt Downunder

Sadly, the supposedly evidence-based realm of nutrition has flung itself into internal disarray, with Australia now lining up alongside the US, UK and South Africa. Australia’s primary medical regulatory body - the Australian Health Practitioner’s Regulatory Authority (AHPRA) - has been holding secret hearings, from which there is no appeal, to investigate the work of one Dr Gary Fettke. A respected orthopaedic surgeon for over 23 years, Fettke has been responsible for looking after the bulk of Northern Tasmania’s cases of diabetic food complications - so what is his crime? Suggesting to diabetics that they could benefit from following a low carb diet to reduce the risk of having their feet cut off. He’s faced two years of investigation and AHPRA believe he’s not qualified to give nutritional advice despite stunning outcomes with his patients that make drugs look like poisonous lollies.

Speaking last month at an Australian Senate enquiry, Fettke asserted: “My patients are lying around in hospital with obesity-related conditions, amputated limbs and non-healing rotting flesh. I believe that it is the nutritional advice they have been given that has put them there in the first place” Studying the science and biochemistry of dietary guidelines, he found them, ”wanting in substance and riddled with vested interest politics.” 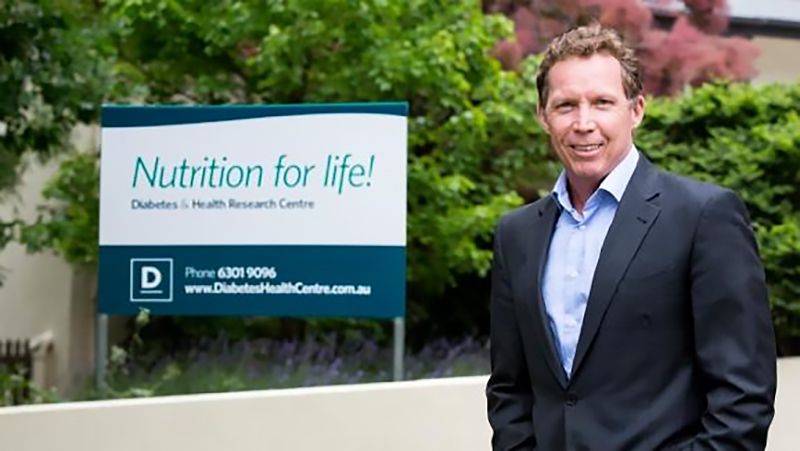 The rulings of AHPRA would frankly be laughable – if the repercussions of such a vicious campaign were not so damaging. Receiving everything between death threats, to photoshopped images of his family pet being stabbed, the most harmful sting lies in the AHPRA’s claim that he is not, “suitably trained or educated as a medical practitioner to be providing advice or recommendations on this topic”. Given that nutrition training is not included on the syllabus of conventional medical training, does this mean that it’s no longer appropriate for doctors to give dietary advice unless they’ve had additional training?

Marika Sboros has equally been chronicling a similar attack on Foodmed. In 2014, South African professor, medical doctor and top nutrition scientist, Prof (Dr) Tim Noakes, made the mistake of suggesting a low-carb, high-fat (LCHF) dietary intervention for a weaning infant in response to the mother’s question on Twitter. The result of those, now infamous, 141 characters, is an ongoing, years long trial, hell-bent on smearing his reputation and consigning years of information on the health benefits of LCHF diets to the bin. Rather than sitting back and facing discredit, Noakes has energetically seized the opportunity to set out exactly why the current system is so dismally broken and dietary guidelines so deficient.

A heavyweight academic with over 550 peer reviewed publications to his name, Prof Noakes’ challenge against convention should in no way be taken lightly. The Health Professions Council of South Africa’s (HPCSA) charge of ‘unprofessional conduct’ instantly pales in comparison, given the immediate response of over 4000 pages and 900 slides on the true science of correct body nutrition – a key target being American scientist Ancel Keys, the architect of wrongly linking heart disease to fat consumption.

Standing alongside as a witness, UK nutritionist Zoe Harcombe PhD, who was in fact awarded a doctorate in public health nutrition for her work in exposing the complete lack of evidence in low fat guidelines, was quick to counter the unfounded and unsupported ammunition thrown against Noakes’ claims. Her detailed written account can be found on her personal website (subscription needed). A research paper by Dr Celeste Naudé, head of the Centre for Evidence-Based Health Care at Stellenbosch University, was touted as the definitive rebuttal of Noakes’ case. Harcombe instead found it containing “more errors than could easily be counted”, and in fact – when corrected – showed that diets lower in carbohydrates than the standard LFHC diet were more beneficial.

Noakes’ other star witness was top American science journalist Nina Teicholz, author of the best-selling and painstakingly researched demolition of the low fat diet hypothesis – ‘The Big Fat Surprise: Why Butter Meat and Cheese Belong in a Healthy diet.’ In the witness box, according to another post from Sboros, Teicholz told how her research into the science supporting the original guidelines had revealed that, “Top scientists knew there was evidence to the contrary but ignored or suppressed that data for decades”. She also revealed another little known fact, “The US Dietary Guidelines Advisory Committee now warns that low-fat diets cause atherogenic dyslipidaemia. In other words they raise the risk of heart disease”. 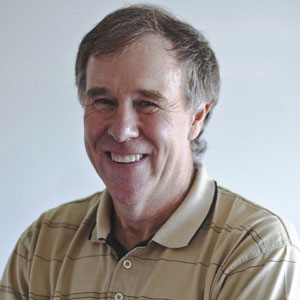 Teicholz’s careful research stands as a perfect example of the ludicrous politics that have held dietary guidelines in a stranglehold for far too long. Publishing a detailed critique of the latest Dietary Guidelines for Americans (DGAs) in the British Medical Journal (BMJ) last September, she was astounded to find a complete disregard for her solid – and scientific – evidence.

Perhaps not unsurprisingly, the paper generated a furious response. A Washington, DC-based advocacy group, the Centre for Science in the Public Interest (CPSI), issued a call for a retraction signed by more than 170 researchers and academics – including all the members of the DGAC – claiming that it contained eleven errors and should be withdrawn. However, in an outside review, The BMJ found that Teicholz’s criticisms were not only valid, but also indicated a need for “further investigation of the composition of the committee”.

A lone journalist had taken on the most influential nutritional body in the world along with 170+ nutritional experts and effectively exposed their hypocrisy! The impact of such a successful challenge should be huge – yet still so desperately hushed by the nutritional bodies in charge of dietary guidelines. If anything can be taken from such a case, it is that there is a clear lack of evidence-based science infecting the field. And of more concern, a conspiracy of silence lest the public get wind of what’s actually going on.

The witch hunt must stop

This deep-set confusion and blind witch hunting across the myth of dangerous fats and saintly carbohydrates poses a serious issue that begs to be corrected – if not for science, but for the health and awareness of our global community. With seemingly schizophrenic stances juggled across the UK media – The Telegraph highlighting the success LCHF has had in controlling type 2 diabetes, while the Daily Mail spotlights supposed sport nutritionist Anita Bean’s ludicrous claims of friendly carbohydrates. It’s not hard to see how this chaotic divide between political and corporate agendas with truly science-based nutrition has saturated into our society as a whole, and demands to be exposed once and for all. After all, the health of nations is at stake.

Please share widely amongst anyone you know who might want to be educated about the politics of nutrition, the manipulation of science and the witch-hunts against the key messengers advocating nutrition over drugs for healthcare.