We don’t have to look far to find evidence of the opposition to natural people getting access to natural foods, while living in natural ways and managing their health through natural means. Opposition comes from many quarters, including multiple governments, media industry associations (which are in turn propped up by Big Pharma and Big Food), sceptical scientists and medics who now like to think of themselves as rationalists (despite their irrational sensibilities) – and of course various actors which are components of Big Pharma and Big Food themselves.

Opponents of ours use two principal ways of putting a stop to our natural lifestyles. They either use the law to stop us getting access to the foods, supplements, products or health services we want. Or they denigrate, malign or misinform others in an effort to stop them following the same path.

I heard British ‘rockstar scientist’ Professor Brian Cox on the radio (BBC Radio 2) this morning. More and more chatter about him being the heir apparent to David Attenborough is disturbing, mainly because he’s such a natural sceptic. He’s convinced, for example, that natural medicine is ‘b*****ks’, to use one of the Prof’s favourite pieces of slang. Having said this, it was pleasing to hear Professor Cox saying that there couldn’t be a successor to Attenborough, despite Attenborough’s metaphorical offer of passing the torch back in 2013.

The thing is, Attenborough is a naturalist – a person who has devoted the vast majority of his long life to understanding and communicating the wonders of the natural environment. Cox, by contrast is a physicist. I’m not suggesting that physicists are narrow minded, but they generally have a narrower perspective on the world around them when trying to establish what they consider to be ‘fact’.

Biologist’s tend to look at whole, highly complex, systems and then fathom their workings which inevitably involves complex interactions with a wider system – the environment or ecosystem. They are less prone to discount the existence of the whole system when they don’t understand parts of it at a mechanistic level. They are thus quite able to marvel at the extraordinary complexity of systems, as Darwin himself did, recognising that it might take decades, centuries or more to understand their function.

Cox and his rationalist peers seem perfectly willing to denigrate entire systems (of natural medicine) because they don’t understand how they work or they have not witnessed sufficient proof of them working.

What about the big picture?

This kind of linearity in thought and reductionist thinking is downright dangerous. It’s what’s led the EU to fail to recognise the benefits of any of the nine ‘essential amino acids’ that are necessary for human life. While the biological and medical sciences increasingly recognise the key importance of the human gut microbiome and the consumption of non-sterile (fermented) foods and fibres that maintain the health of the system, the EU’s linear cause and effect model has yet to recognise a single benefit linked to consumption of so-called probiotic bacteria or prebiotic fibres.

Rationalism is the new term for a kind of closed-minded scepticism that is the driver of anti-natural health, pro-GM and pro-pharmaceutical sentiments that are in turn drip fed to an unsuspecting public. It includes organisations like Sense About Science and the Nightingale Collaboration of which Simon Singh PhD and Brian Cox are poster boys.

The continued rise of Brian Cox’s influence over science in the Uk and beyond could shatter any notion that Britain will deviate from the reductionist model used by the European Food Safety Authority (EFSA) in its scientific analysis of health claims when it pulls out of the EU in 2019.

As a natural historian, Attenborough must understand how our coevolution over millennia with the natural world makes it inevitable that humans are super-sensitive to both natural and unnatural things they ingest. Should we be surprised that the healthiest people in our society are drug free and reliant on wholesome foods and natural substances, fresh air and plenty of physical activity, while the least healthy consume junk, are often sedentary and become vehicles for polypharmacy?

In our efforts to use the scientific method to understand the workings of the human body we’ve shifted from looking at humans anatomically, then, in consecutive order, at the cellular, molecular and genetic levels. Any scientist who thinks those are the only perspectives available for viewing the body better discount themselves as open-minded. Energetic perspectives are already getting airtime, as are quantum ones that disregard the space-time continuum that so dominates contemporary human thinking and reasoning.

Back to the Attenborough/Cox comparison. How is it that at one level you can marvel at an incompletely understood natural world, yet have such reticence and prejudice about natural medicine. A system which involves the use of natural foods and other bioactives of natural origin that provide information to genes, receptors and other molecules and help to modulate over 135 metabolic pathways in a body that contains more symbiotic microbes than human cells, all in an effort to maintain an equilibrium in an often highly changeable environment that is expressed as resilient good health.

The two regulatory red lights put in the way of natural medicine in the EU are currently novel foods and drug classification. As of 1 January 2018, a revised version of the EU Novel Food Regulation (No 2015/2283) has come fully into force. If it can ease the current log jam of perfectly safe natural products that are challenged simply because we can’t show the exact same substance was on sale before May 1997 (who keeps accountancy records that long?), it will have done a better job than its GMO-inspired predecessor. If lots of companies queue up to use the new, simplified procedure that allows traditional foods to be authorised if they have over 25 years of demonstrated safe use outside the EU, that will be verification that the combined pressure from the public and stakeholders on EU authorities mediated through the European Parliament has born fruit. 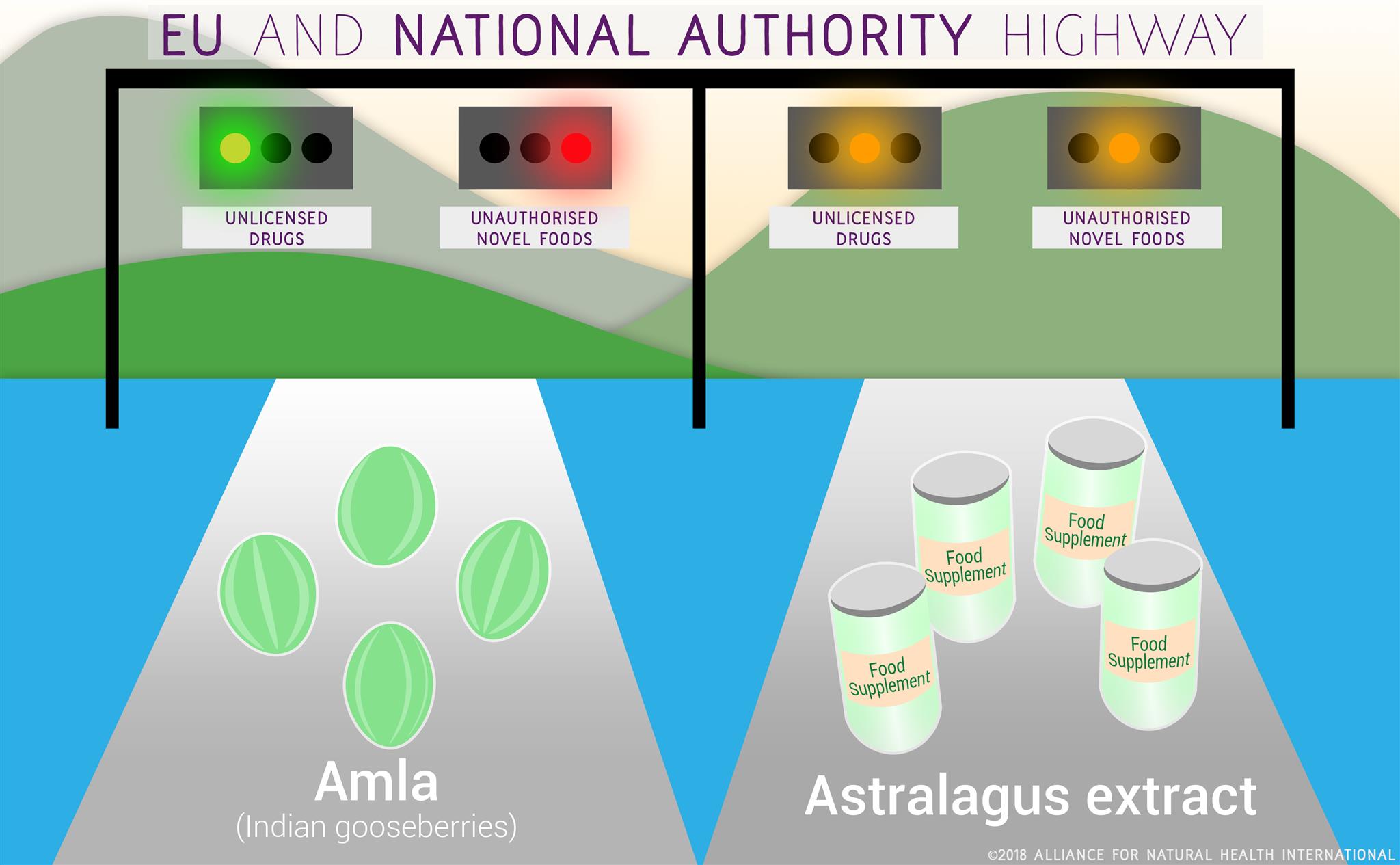 At a time when we are fast discovering that the natural world is always several steps ahead of techno-addled humans, I believe we would do much better if we had more scientific leadership from natural scientists and biologists, as opposed to rationalists or skeptics.

It’s already 4 years since David Attenborough started talking about passing the torch. Who else comes to mind? Rupert Sheldrake is an example of a biologist who has looked at the world from a wider perspective. But no surprise, he’s also been attacked mercilessly, along with Deepak Chopra and other broad-minders, by the high-profile rationalists.

Cox and his chums better realise that their world view is costing health and lives. Their world view is the very system that fails to find value in essential amino acids and is responsible for the EU roadblocks to natural health. They may interpret the many red traffic lights currently facing natural medicine as evidence of success of their rationalist perspective. But one day, they will likely be seen as the flat earthers of our time. Time will tell.