Home News The avoidable cost and scale of UK ‘diabesity’ 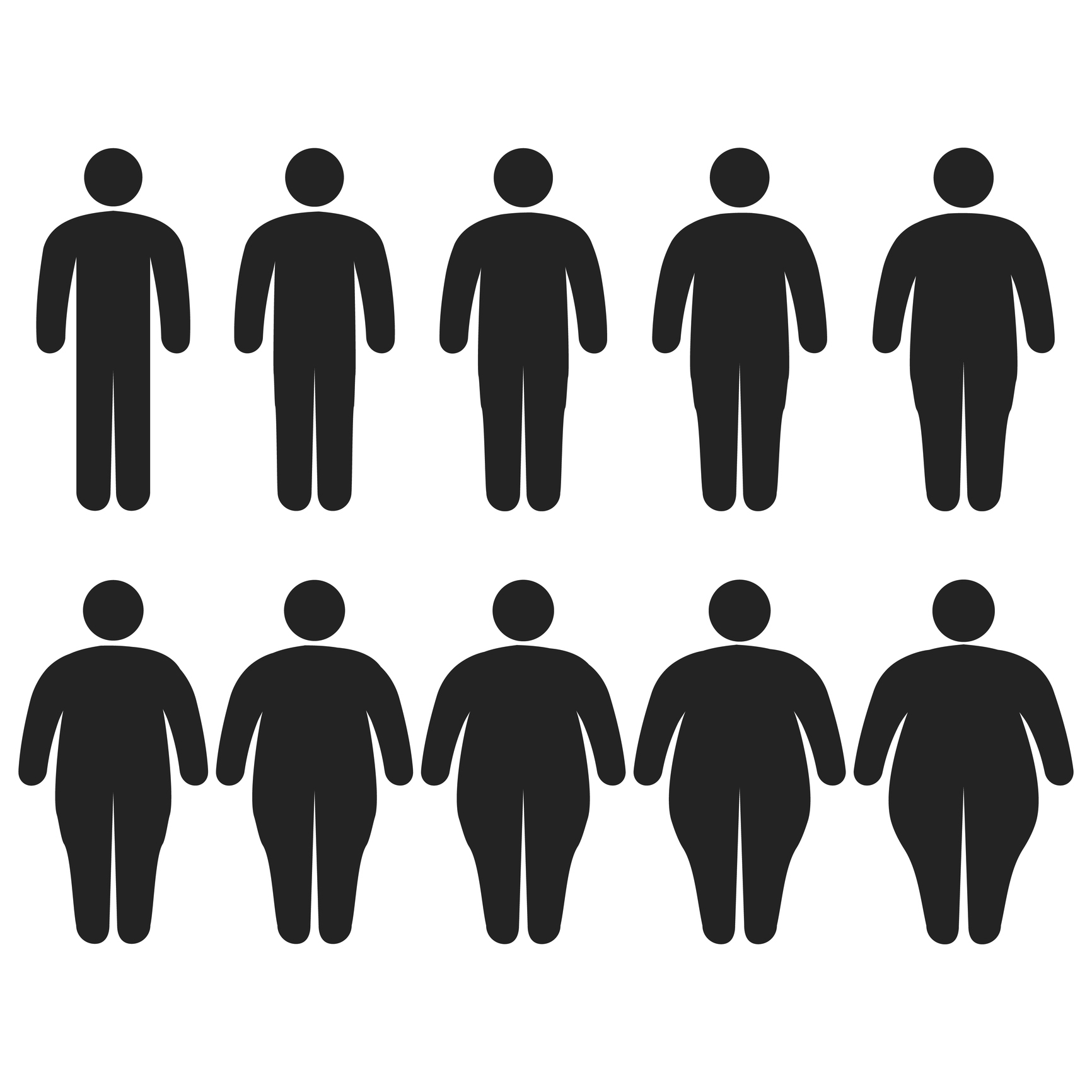 The avoidable cost and scale of UK ‘diabesity’

This is a big subject, with big numbers and it’s about big waistlines – in a country that has espoused health equality for all since the inception of the National Health Service (NHS) in 1948.

Diabetes UK states that, “Blood glucose management in the UK is amongst the worst in Europe and around two thirds of all people with diabetes in England are not achieving the treatment targets recommended by National Institute for Health and Care Excellence (NICE).”

We say most of the money being spent on the ‘diabesity’ crisis is money misspent that’s not delivering the benefits that the public deserves given the current state of the science. This is the theme we tackle in our position paper, 'A Blueprint for Health System Sustainability in the UK' that we’ll be releasing for consultation next week. To understand why this is such an important issue, we’ve pulled together some of the numbers and graphics that show the scale of the problem.

If you’re moved by the issues, we would dearly like you to respond to our consultation, details about which you’ll find at the end this article.

The big number when it comes to the estimated direct and indirect costs of just these two avoidable chronic diseases is as follows: it’s a cool £55 billion per annum (that’s €63 billion or US$77 billion). That works out at about £151 million per day, every day of the year. 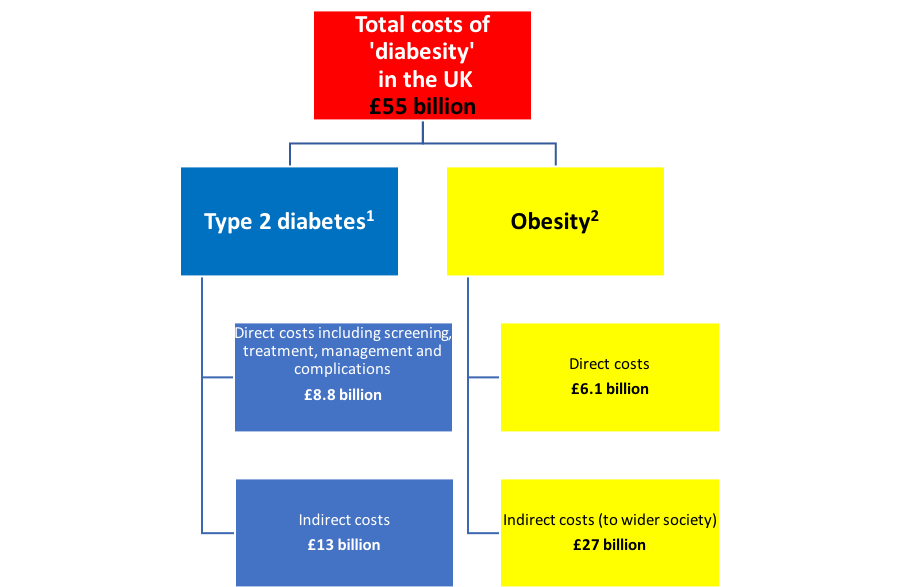 The following images are sourced from Public Health England. 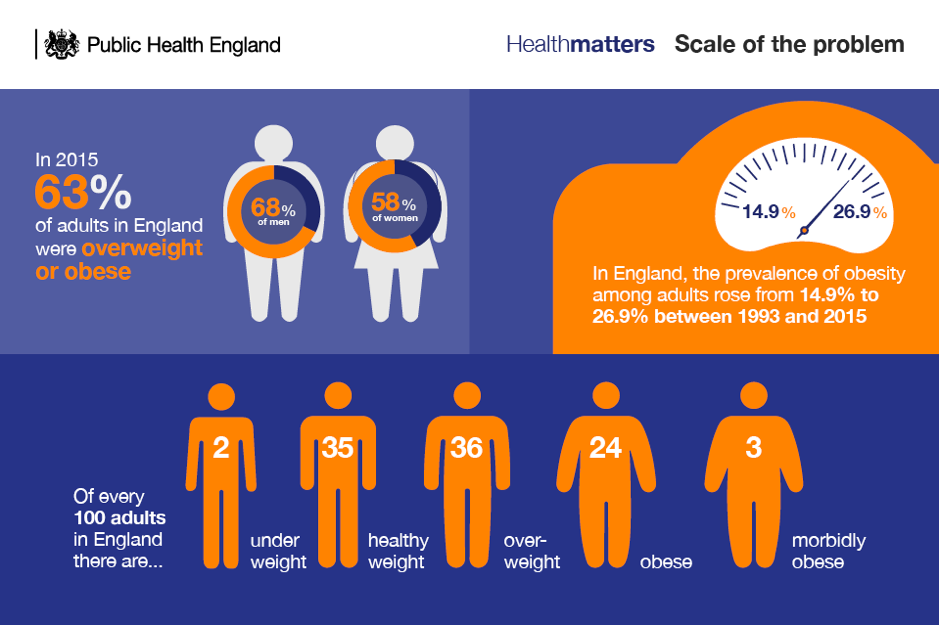 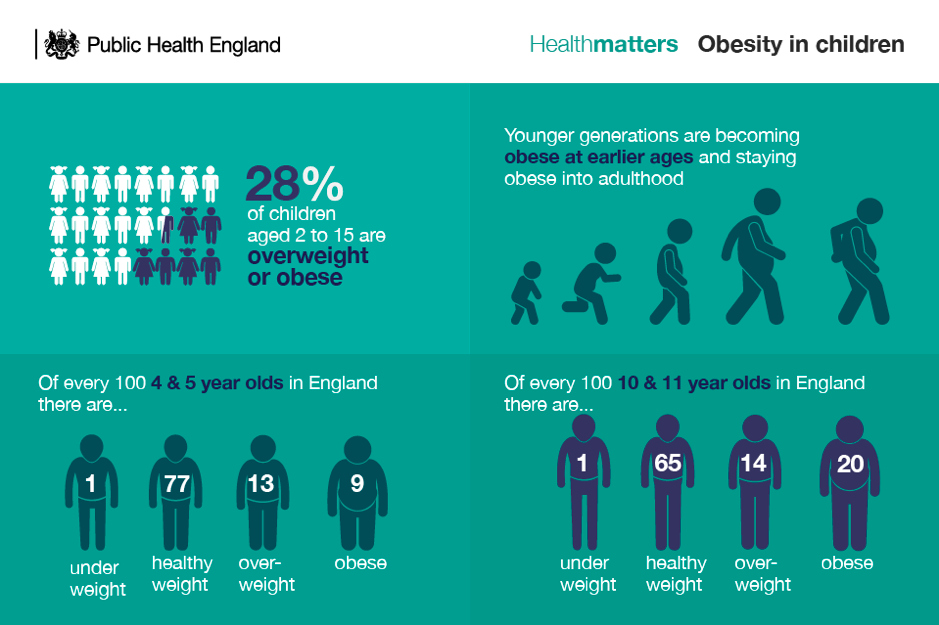 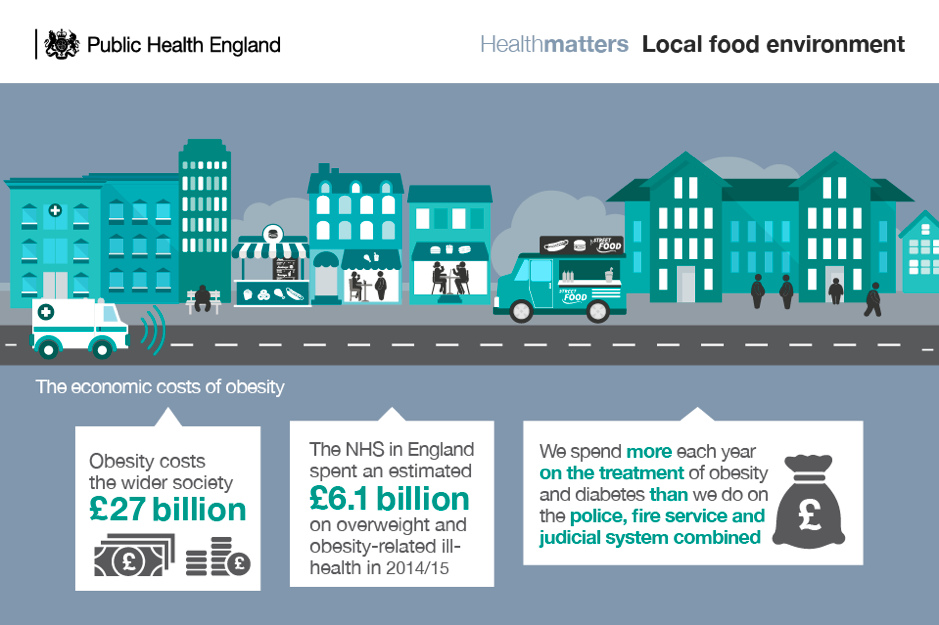 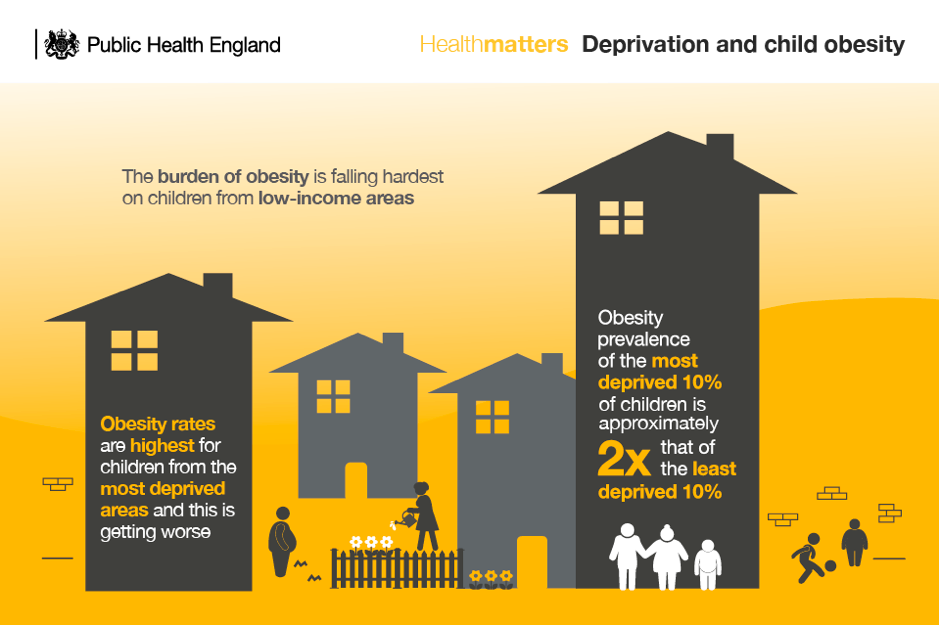 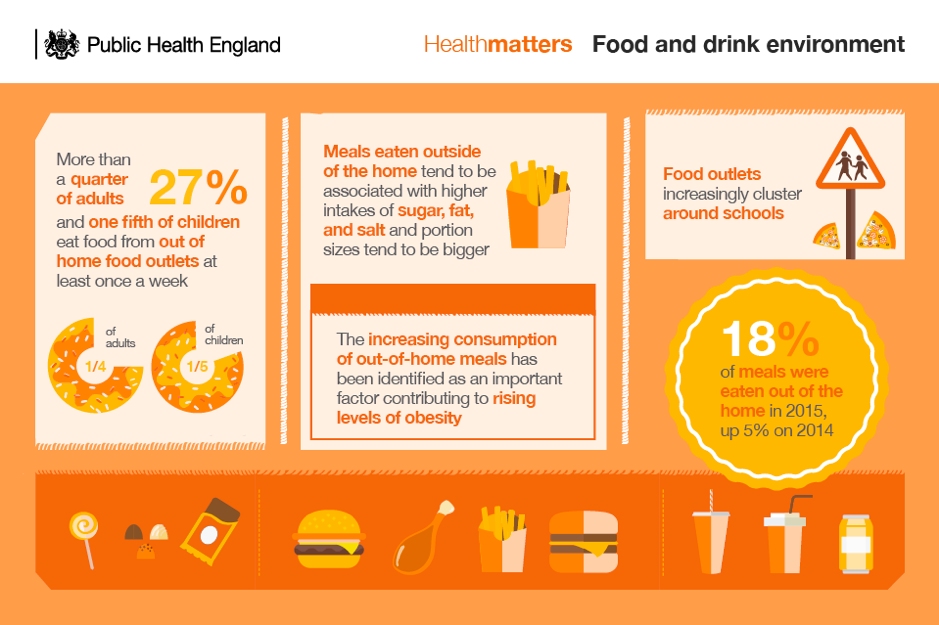 As a fraction of total NHS expenditure

The cost of diet-related ill-health

Diabetes UK states that, “The best way to reduce the cost of diabetes is to prevent Type 2 diabetes in the first place.”

So far, the solutions being offered by government are piecemeal. They include efforts to improve better self-care, such as via the NHS’ One You project, and improving and reducing ‘out of home’ eating from fast food outlets, via the PHE toolkit, ‘Strategies for encouraging healthier “out of home” food provision.’

The two policy goals of the Marmot Review from 2010 hit the nail on the head. They were: 1) to create an enabling society that maximises individual and community potential, and; 2) to ensure social justice, health and sustainability are at the heart of all policies.

Next week, we’ll be releasing our position paper, ‘Blueprint for health system sustainability in the UK’ for consultation.

At the heart of the position paper is a community based approach that resonates fully with Professor Michael Marmot’s policy goals. The position paper presents a disruptive, community-based approach that brings the locus of control for effective self-care and practitioner guided self-care back to the individual. It’s about focusing much more on upstream healthcare. None of this can happen if we don’t see a sea change in the way we go about healthcare – including altering public and medical establishment’s perception of the upstream causes of and triggers for the ‘diabesity’ epidemic.

We’re initially looking for input from any organisation, practitioner or individual with an interest in the future of our healthcare – and particularly our ability to manage our own health – in the UK.

Nearly all the principles we’re working with are adaptable to other regions of the world – but initially we’re focusing on the UK. There are many reasons for this including because the UK is our geographic base, because Brexit, which presents both challenges and opportunities is imminent, because the diabesity crisis in the UK is so severe – and because of the presence of the NHS.

Please email our team at [email protected] and include ‘SHS consultation’ in the subject line. Please let us have your details, including your name, organisation, affiliation or your registration body if you’re a registered practitioner. We’ll make sure you receive by email week commencing 9 April the draft position paper, along with a short guideline document.

In early June we’ll be presenting the final form of the document and we’re looking to have as broad a support as possible so we can work to start implementing the ground-breaking recommendations.