Home News Coming to a tap near you

In September 2021 the UK government signalled its intent to fluoridate the entire UK water supply. The move effectively removes control for such decisions from local councils in the UK, who were always responsible prior, in favour of centralisation. Fluoridation of the water supply constitutes a widespread crude and toxic medical intervention that will affect an unsuspecting public, under the guise that it unequivocally prevents tooth decay.

What’s more, the UK Government is highly unlikely to inform UK citizens that it will effectively be mandating what amounts to mass medication of the population based on extremely limited data; without disclosing potential harms or obtaining properly informed consent. Something of a recurring theme at the moment.

The decision to fluoridate follows the publication of a white paper earlier in the year. The changes have now been included as part of the Health and Care Bill currently going through Parliament.

The benefit of having been working for nearly two decades at the vanguard of natural health, protecting personal health liberty and other fundamental freedoms, is that we have a detailed record of the health misdemeanours that have been attempted and stopped over this time. The fluoride issue really is an old chestnut. Birmingham was the UK's first test bed in 1964. We were first involved in campaigning against it in 2003 when it was a close call. We were there in the frontlines over several years of intense campaigning - the analysis of the science being our strongest card. So you'll find historical information on our site by typing ‘Fluoride’ into the search box.

The last major attempt to extend the mass medication with fluoride to the whole UK population was fought almost a decade ago. Despite clear wording in the new EU Medicinal Products for Human Use Directive (Directive 2004/27/EC, 31 March 2004, and amending Directive 2001/83/EC) which should have had an impact on all existing fluoridation schemes and brought them to a halt, around 6 million people in the UK were forced to drink, cook with and bathe in fluoridated water.

“All ingestible substances are either foods or medicines, when fluoride - in ANY form - is added to water with the intent to medicate then that water becomes a medicine, and must comply with the regulations relating to the registration, licensing, sale and administration of medicines.”- from Directive 2004/27/EC, Human Medicinal Products Directive.

“Fluoridating drinking water for the prevention of tooth caries is in violation of the European Directive on Medicinal Products for Human Use, which came into force across the EU on October 30 2005. It's interesting that when the UK has a reputation for 'gold-plating' EU Directives, where its neighbours over the channel nod in the direction of Brussels and then keep on doing what they've always done, this directive seems to have slipped by unnoticed. One wonders who benefits, or should we phrase that, who profits from the illegal mass poisoning of a nation's water supply?

Certainly not the people who then have to drink the toxic waste. One small fact the proponents of fluoridation usually omit to tell you is that fluoride is added to the water supply in the form of hexofluorosilicic acid, which poses many unanswered questions in terms of risks to health. This form of fluoride poses risks to the health of infants and the unborn and is linked to bone cancer, osteoporosis, crippling bone defects and dental fluorosis (white mottling of the teeth). What they also omit to tell you is that the effects are cumulative, so a few isolated  exposures are OK, but what about exposure over a number of years? And what steps, if any, are being taken to protect those who consume more than average amounts of water, such as athletes, or tjose who are more susceptible to its effects, like children?”

It was unfortunate that the cities and surrounding areas of Southampton and Birmingham (the latter having been fluoridated since 1964) lost their fight against fluoride and have been test beds ever since. But now, the whole UK is in the frame again and only a significant and unified response will halt the mass medication programme.

It is worth noting however, that a legal precedent was set in Scotland in 1989 when Catherine McColl took Strathclyde Council to court to stop it from fluoridating water supplies. She won her case and stopped the Council in its tracks. There have since been attempts to bring in fluoridation of water in Scotland that did not suceed. How much weight the Strathclyde ruling might have in relation to this latest attempt to mass fluoridate water is, as yet, unknown and may well have to be tested in court.

The use of fluoride to prevent tooth decay (caries) has been going on so long in Ireland, the US, Australia and some other countries (not most of Europe), that’s it’s become enshrined by some in health folklore. Fluoride is now in virtually every tooth care product you care to buy in supermarkets or pharmacies. Always touted as ‘safe and effective’ (where have we heard that before?) there are few citizens who question its use and whether it is actually safe - or even effective.

Multiple studies from the 1940s on have trumpeted fluoride’s essentiality in protecting teeth, particularly in children. But, in the past 5 decades a veritable deluge of studies are pointing to the significant harms of chemically produced fluoride to human health. 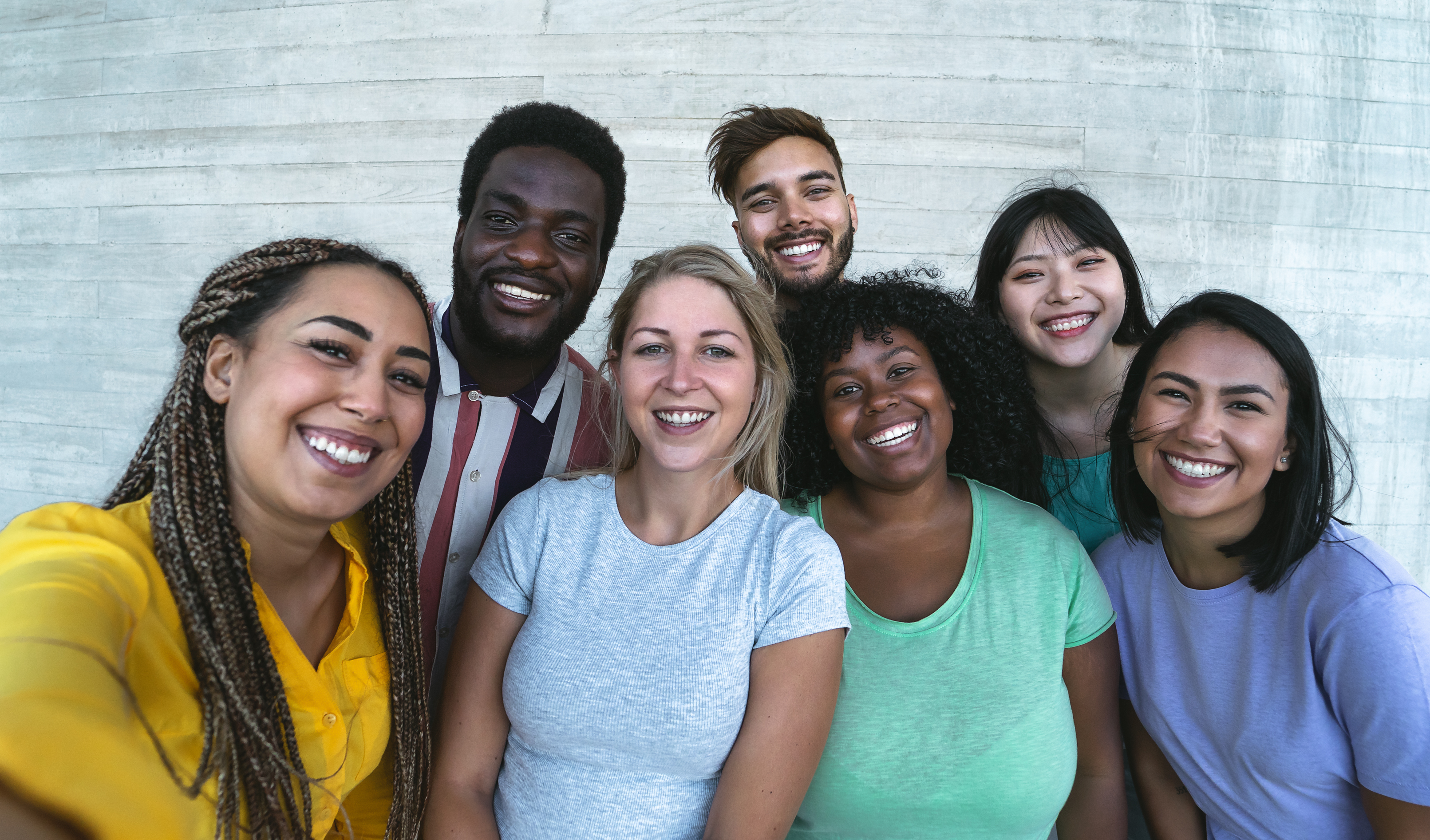 Interest in fluoride appears to have innocent beginnings dating back to the last century, when an American dentist, Dr Frederick McKay, started to investigate the cause of brown staining on people’s teeth. It took another 20 or so years before it was realised that the staining was a result of naturally occurring fluoride in water supplies, known as fluorosis. It was also found that those people suffering from the brown staining were at very low risk of developing tooth decay sparking the interest in supplementing fluoride to combat tooth caries.

The "fluoride" that’s most often added to water supplies is actually a highly toxic by-product of the phosphate fertiliser industry, called hydrofluorosilicic or hexofluorosilic acid due to its low cost. Sodium fluorosilicate and sodium fluoride may also be used.

Twenty-five countries currently fluoridate some of their water supply. Overall, around 5% of the world’s population drink artificially fluoridated water. However, there is no difference in the rates of tooth decay between those countries that fluoridate their water and those that don’t. In the US many communities have rejected fluoridation as they recognise the potential harms of the practice.

Industrial (synthetic) fluoride, normally delivered as hexafluorosilicic acid which is also used to harden cement and ceramics, as well as a wood preservative, is a known neurotoxin. It has been shown to reduce levels of IQ in children, a fact that seems to have been overlooked by the authors of the UK Government’s Policy Paper. The Paper instead relies on reviews from countries where a large percentage of the population is exposed to fluoridated water to validate its claims.

A systematic review published in the Lancet in 2014 officially labelled industrial fluoride as a neurotoxin. The report supports the findings of a 2013 meta-analysis from Harvard University published in Environmental Health Perspectives funded by the National Institutes of Health that concluded that children in areas with highly fluoridated water have “significantly lower” IQ scores than those who live in areas with low amounts of fluoride in their water supplies.

The use of fluoride in drinking water has also been implicated in the development of inflammatory eye disease along with a range of other inflammatory health diseases including asthma, COPD, atherosclerosis, autoimmune disease, osteoporosis and cancer.

What doesn’t appear to have been considered by government regulators, is that once drinking water is fluoridated, it’s extremely difficult to control the amount of fluoride ingested, particularly given its liberal use in tooth care products. Meaning its harms also cannot be predicted or controlled.

In response to the UK government’s announcement of its intent to fluoridate UK water supplies, three British scientists sent an open letter to PM, Boris Johnson, raising the alarm over the move. Vyvyan Howard PhD, Spedding Micklem PhD and Paul Connett PhD said, “This is not a good time for the British government to mislead the public on the dangers posed by the practice of water fluoridation”.

In the UK, a petition has been set up to oppose the introduction of forced water fluoridation, particularly given the concerns over the risks to human health.

However, as current events are informing us, citizen-actions and choices appear to be having very little impact on changing the course of a government that seems hellbent on a totalitarian course to full control. Therefore, we wholeheartedly support empowered self-care choices to protect our health and this includes using reverse osmosis (RO) and other water filtration devices wherever possible at homes and businesses. Reverse osmosis is one of the only filtration applications that can remove both hormones and fluoride from water at the mains providing you with fresh water for drinking and cooking. Some modern RO systems are also able to remineralise the water in the tank. 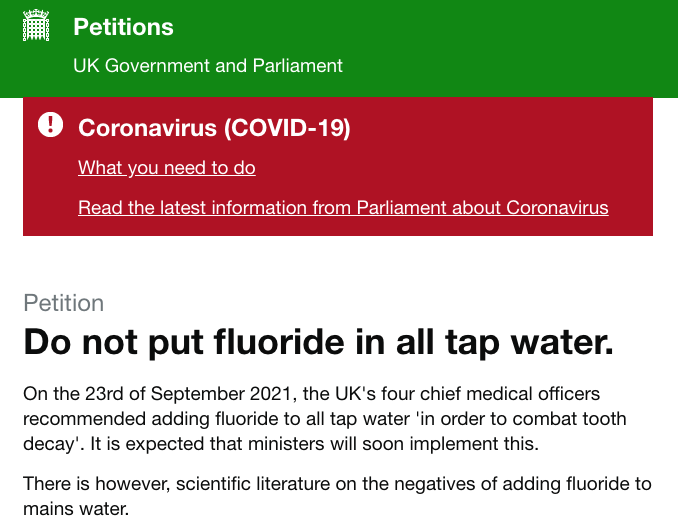 Actions you can take to improve dental health naturally