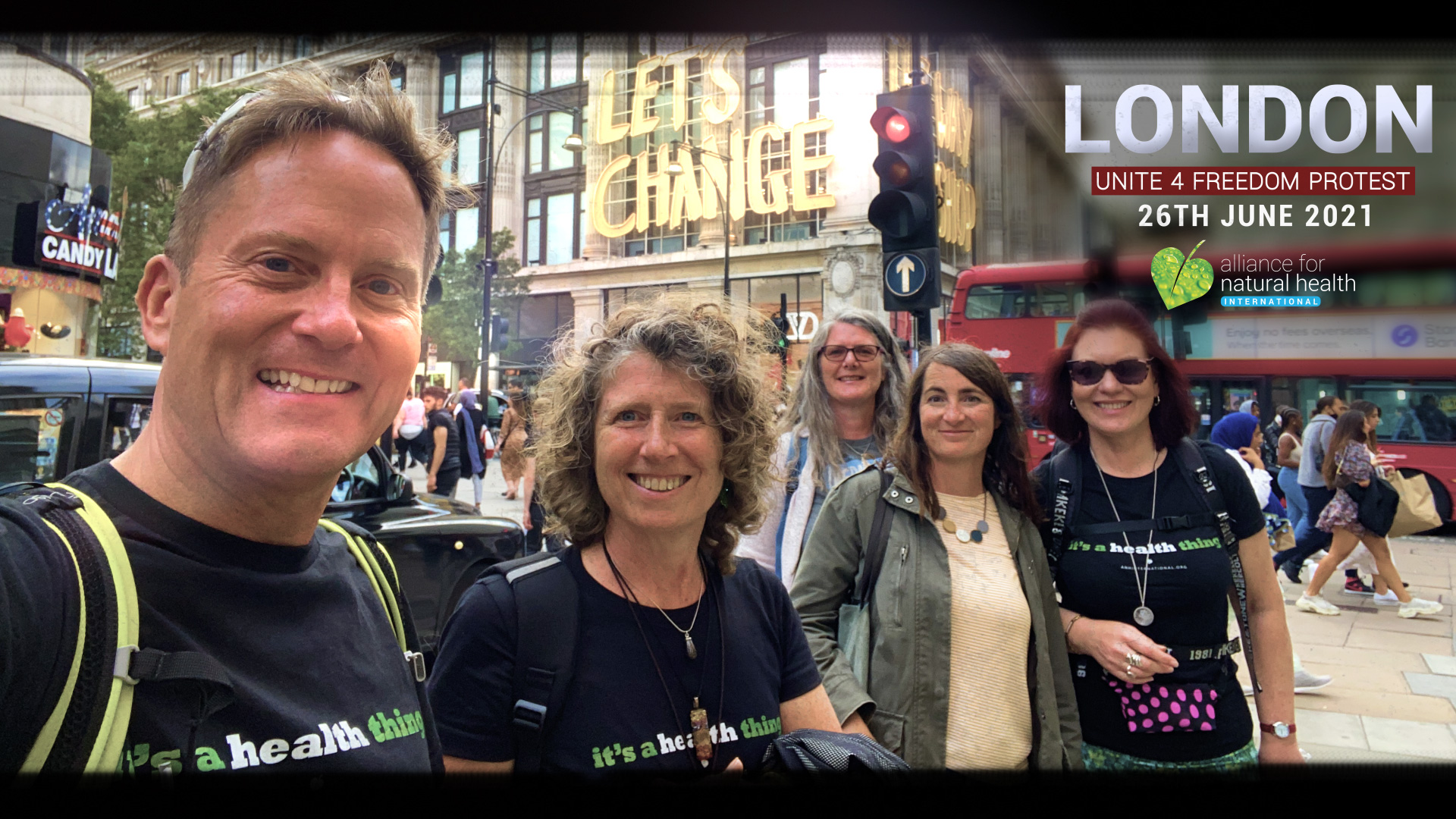 It seemed only last week that I'd been to London to join my first protest march and what a march that was - I didn't think anything could top it, but I was wrong!

Saturday 26th June dawned a bit grey and dreary, but I was up early and ready to rock and roll as I was meeting new ANH Pathfinder Members and more of the ANH team at Hyde Park for the latest March for Freedom. Thankfully by the time I arrived, the sun was out and graced us with its presence for the rest of the day.

Hyde Park was literally a sea of people with more and more pouring in as the time moved towards 1:00 pm, the start of the march. We've tried to capture a flavour of the event in our video, but you only see a fraction of the messages that citizens came to share. We were struck by the passion, the creativity, the ingenuity, the warmth and the love through the overriding theme - Enough is Enough. Ad and marketing agencies eat your hearts out. The talent was out in London in force last Saturday!

There has been paltry, very downplayed, coverage in the mainstream media. What coverage there was has unsurprisingly chosen to only hone-in on the vaccine messaging. Let's be clear, this wasn't an antivax event, it was a freedom event. But understandably many were expressing their concerns over the rapidly increasingly pressure to vaccinate children. Kids, who are at exceptionally low risk from serious and life-threatening covid-19 disease, with what continues to be a raft of experimental vaccines. Any platform for triggering critical thinking and fostering debate about actions that could have far reaching and serious health repercussions for kids, is OK in our book. Particularly given reports flooding in from Israel, and now the USA, of the heightened risk of myo- and peri-carditis (heart inflammation) in young people who've been vaccinated.

The carnival-like atmosphere might bely the serious undertone, but citizens were there to have their collective voices heard. To put a marker in the sand. Albeit a respectful, peaceful, joy-filled and loving marker. I've used the 'L' word twice because there is no other way to say it. The entire event was heart-fuelled and the compassion and empathy was tangible - as well as diverse. All cultures, all genders, all ethnicities and all ages, from babies in prams and bodyslings to the elderly.

The day ended where it began at Speaker's Corner in Hyde Park for a mass meditation which thousands came back to attend. It gives you a sense of the heart of a movement when it closes in a mass meditation. It was a good day and London can only have benefited from the outpouring of such powerful energy for so many hours from so many awakened souls.

I believe the next freedom march is on Saturday 24th July, which is actually a worldwide march, so look out for events in your city if you don't live in the UK.

We hope that the compilation of our footage, that Ismail in our media team has created, gives you a sense of the day.

>>> Visit our extensive repository of covid-related information at covidzone.org