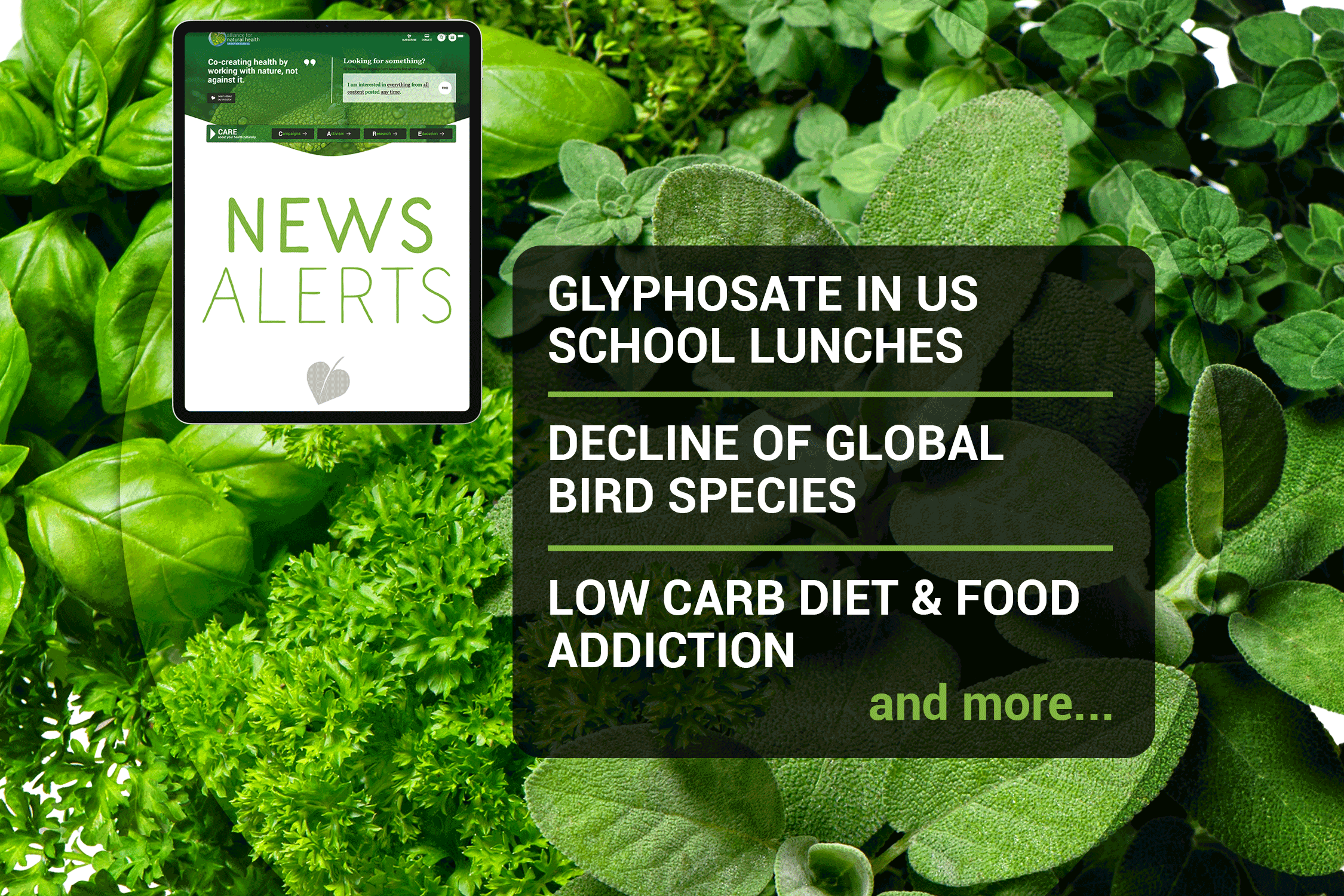 High levels of glyphosate found in US school lunches

A national survey of school lunches in American schools found that 95% of the food items tested, which equated to 41 out of 43, contained detectable levels of glyphosate alongside a range of other highly damaging toxins and pesticides, high levels of veterinary drugs and hormones. The publication of the survey results follows closely behind news that the US Environmental Protection Agency (EPA) is withdrawing all remaining portions of the interim registration review decision for the weed killer glyphosate after the 9th US Circuit Court of Appeals issued an opinion saying the EPA had violated the law in its assessment of glyphosate. The court found that the EPA ignored important safety studies as part of its assessment of glyphosate and had also violated the Endangered Species Act.

Loss of global bird species due to human activities

Nearly 50% of all bird species globally are in decline due to human activities, with one in eight species currently under threat of extinction. The latest State of the World’s Birds report from Birdlife International paints a bleak picture reminding us that birds are essential to the health of the environment as they help to disperse seeds, speed up the disposal of dead animals and control pests. The report reinforces what is a far larger issue than so-called climate change — that it’s loss of biodiversity that’s a far greater threat to all living things. Birds are an integral part of an early warning system that we can’t afford to ignore.  We could so quickly right the balance by putting nature at the heart of all we do.

A study which analysed ten years’ worth of data from a paediatric practice in the US run by Dr Paul Thomas, was published in November 2020. The paper concluded that unvaccinated children had far fewer health issues than their vaccinated counterparts. Following its publication Dr Thomas had his licence to practice suspended, and the paper was retracted. Actions that were based on a single reader’s comments. Co-author of that paper, Dr James Lyons-Weiler, has now published a follow up paper in collaboration with Dr Russell Blaylock, to address the issues previously raised. The additional analysis finds that the anonymous reader’s concerns were unfounded and stands by the conclusions of the first paper in that the number of vaccines given to a child is a significant predictor of adverse health issues. Dr Blaylock discusses the findings of the paper on The Children's Health Defense Tea Time show. Supporting the conclusions of the paper, is a new study authored by scientists from the Centers for Disease Control and Prevention (CDC) that shows children with eczema have an increased risk of developing asthma for every additional aluminium containing vaccine they’re given. Children without eczema were also at heightened risk of developing asthma following vaccination. Dr James Lyons-Weiler explores the study and its impact on current vaccine science.

Food addiction is not currently a recognised condition, so there are very few studies investigating methods of addressing the growing problem. A brand new study, published in Frontiers in Psychiatry, found that the use of a ‘real food’, low carbohydrate diet, was effective in helping participants overcome their food addictions. The study covered three clinics in the UK, US and Sweden, which provided support to the study participants. Significant improvements were seen in levels of addiction, mental wellbeing and weight. The study shows the effectiveness of dietary and lifestyle changes in dealing with food addiction and the potential to work with those dealing with other food related issues such as anorexia and bulimia.

>>> Buy your copy of RESET EATING to find out how to change your diet and lifestyle so you can reset your health and wellbeing.