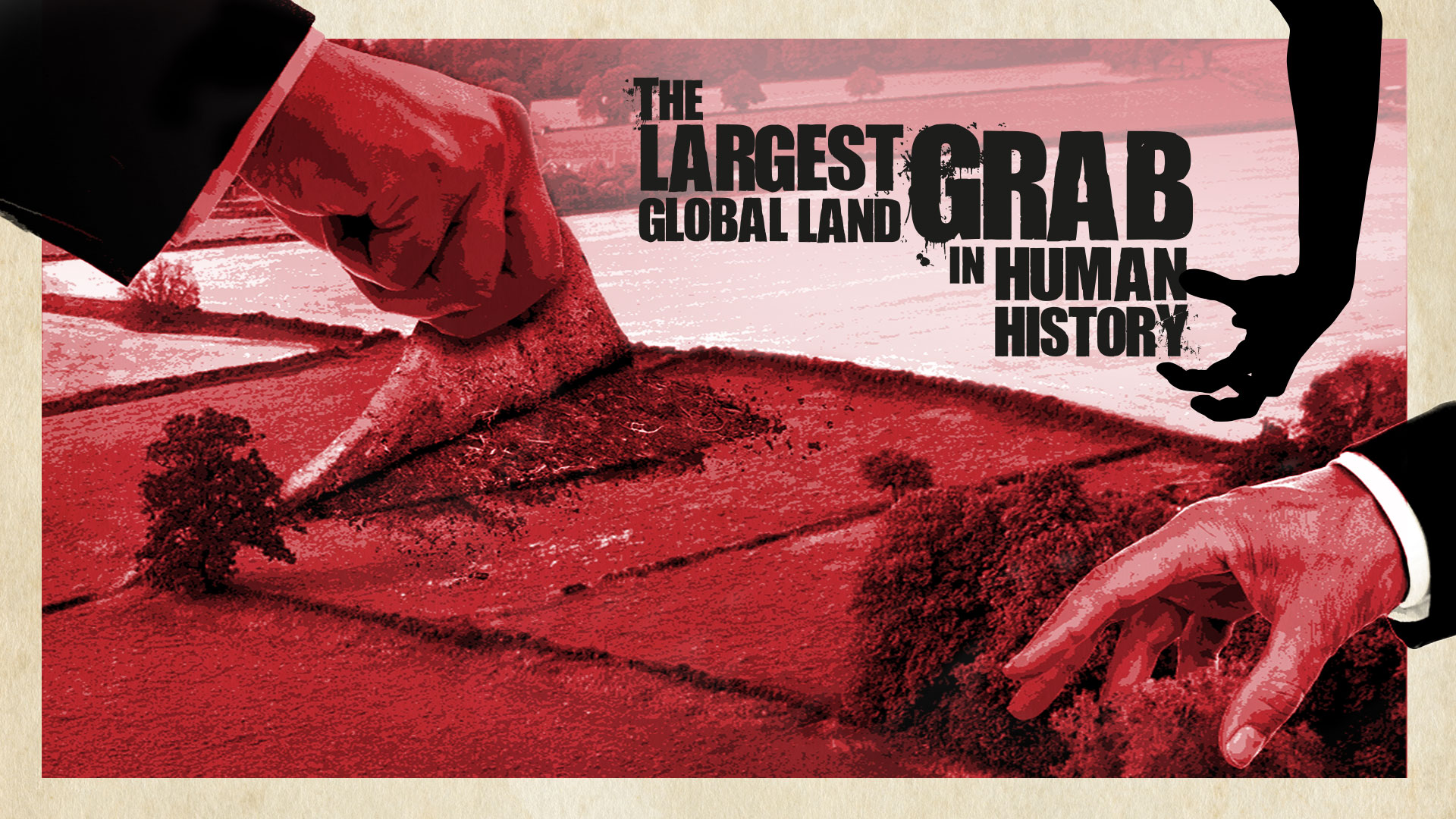 Is the largest corporate land grab in recent history hiding in plain sight?

“We abuse land because we see it as a commodity belonging to us. When we see land as a community to which we belong, we may begin to use it with love and respect." 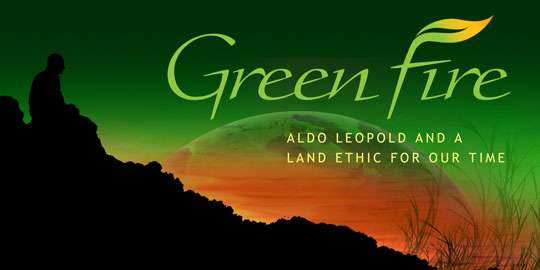 Have you ever heard of a natural asset company or NAC in short (and we're not referring here to the glutathione precursor, N-acetyl-cysteine)? It won’t surprise us if you haven’t. We’ve only recently come across the term ourselves and we're coming to the view that it may facilitate the biggest corporate land grab in recent history. That's if we, the people, don’t put a stop to it.

If you believe that Nature should never become a commodity that’s bought and sold by a powerful few, read on. The fact that the moneyed minority feel that they have a right to effectively barcode Nature is quite breathtaking in its greed and arrogance. Though not all that surprising when you look at what’s been happening over the past 2 years. We really are being called to ‘clean house’ on so many levels.

We’ve created an infographic (see below) to summarise the plans for the exploitation of what’s now being termed, Nature’s Economy. You can see at a glance the price tag that’s been placed on her head and why suddenly traditional philanthropy — based on giving — has been declared ‘a total failure’ and is being replaced by ‘investment philanthropy’. You’ll be familiar with the names involved in kicking off this new kind of non-giving (aka. taking) philanthropy. If you were wondering how philanthropic investing could be declared a failure, look no further than André Hoffmann, the vice chairman of pharmaceutical giant, Roche.

Please download and share as far and wide as you can. This is a message that needs to take flight rapidly. 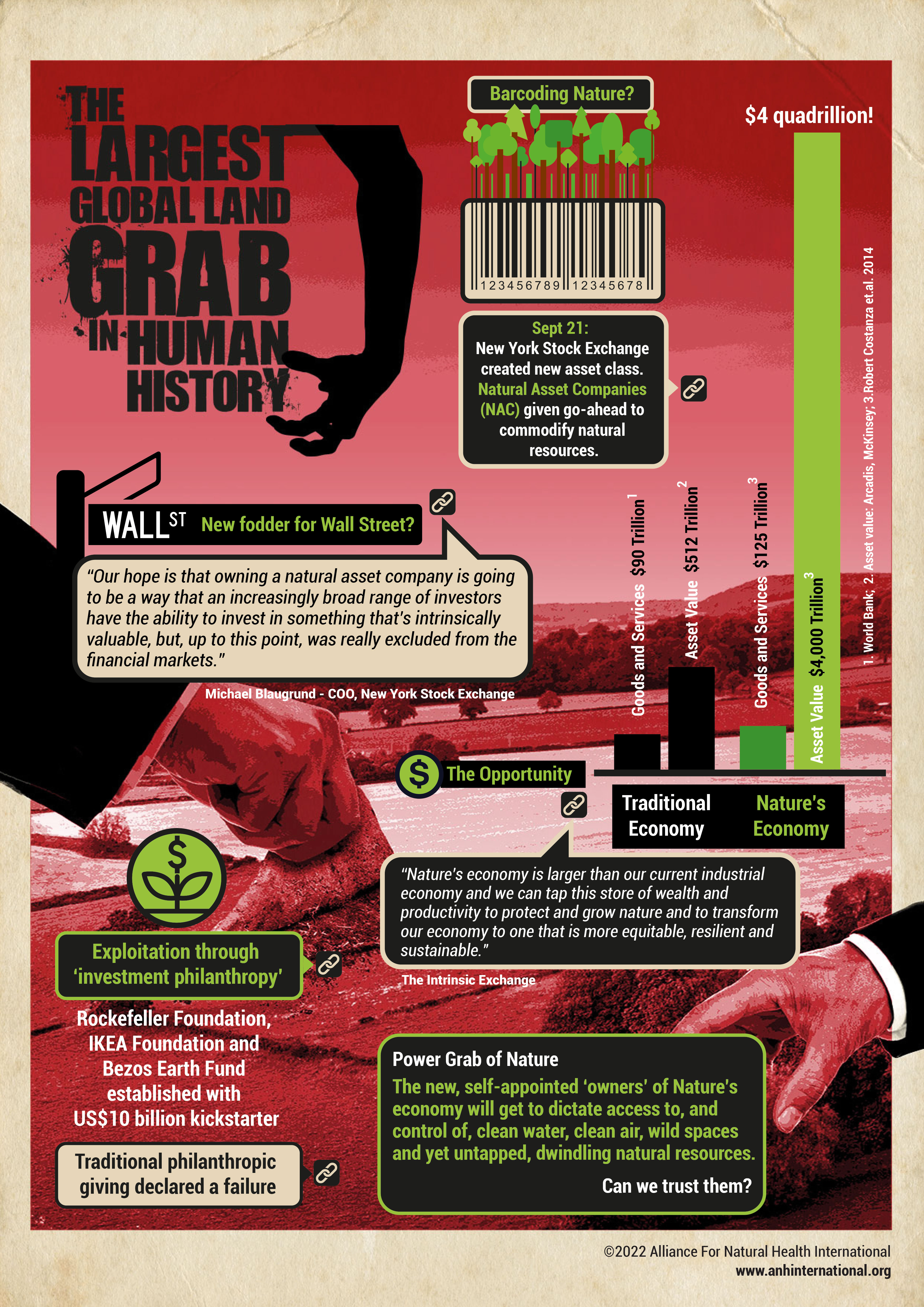 What is an NAC?

However, the subtext is that corporations who fit into this asset class, ‘natural asset company’ (NAC), get to maintain, manage and develop the natural resources on a given piece of land. It’s effectively a fast track to commodifying Nature’s natural resources. Less about protecting nature and more about making money through ‘Nature’s Economy’ — which has been attributed a tantalising price tag.

"Our hope is that owning a natural asset company is going to be a way that an increasingly broad range of investors have the ability to invest in something that’s intrinsically valuable, but, up to this point, was really excluded from the financial markets."-  The Intrinsic Exchange

The NYSE recently unveiled a partnership that’s been two years in the making with the Intrinsic Exchange Group (IEG) to open up investment opportunities in what it calls ‘Nature’s Economy’. IEG describes itself as a ‘pioneering natural asset company’. One of its key investors is the Rockefeller Foundation.

The commoditisation of nature is justified as being driven by the protection of natural resources. But scratch beneath the surface and the greed and avarice is clear to see.

Researchers back in 2012 highlighted the danger of ‘green grabbing’ and cited the appropriation of land and resources using ‘green’ credentials to justify the land grab as an emerging process of deep and growing significance. They go as far to say that green grabbing builds on well-known histories of colonial and neo-colonial resource alienation in the name of the environment.

It's absolutely no surprise then to see the World Economic Forum getting in on the act with its Nature Risk Rising report in 2020. The subtitle is “Why the crisis engulfing Nature matters for business and the economy” and notes, in its second report, The Future of Nature and Business, that, “A new Nature economy could generate up to $10.1 trillion in annual business value and create 395 million jobs by 2030”.

Don’t be fooled by how benevolent and humanitarian it all seems.

Mark Wilson in his 2013 paper, highlights how the so-called 'green economy' fails to address five fundamental problems and, thus, has the potential to increase environmental degradation and cause even greater social inequity than we see today:

In addition, in 2022, we echo the following reasons why NACs are likely to be more tempted to act against Nature than for it:

How do NACs plan to do this?

These new NACs will act a bit like real estate agents for Mother Nature. Imagine a situation where a company is able to pick an area of nature, assign it a price, disenfranchise any prior claimants, take ownership and then sell pieces of that land/lake/ocean/mountain etc. to institutional shareholders — specifically, the multinational corporations who may have funded the NAC in the first place.

If it could be assured that all NACs will be ‘conscious corporates’ this may well be the way to steward and safeguard our future, but history, as well as current events, speaks to a very different outcome.

Here are some of the ways in which ‘green’ actions are already netting billions of dollars:

Working with, not against Nature

The Dasgupta Review describes Nature as “our most precious asset”. We, as humanity, must ensure that our demands on Nature do not exceed its sustainable supply. So many of the things that are destroying the natural world are now being sold as its salvation.

Green consumption is still consumption. Modern food practices are responsible for almost 60% of global biodiversity loss. Did you know that Indigenous People’s territories account for approximately 80% of the world’s biodiversity? Shame on us in the so-called developed world for letting this happen.

What if, instead of allowing the land grab by the elites, we:

Don't also forget the power of your wallet or purse. How we spend our money has a great impact on which investments see the light of day. Nature doesn't need investment because it simply 'is'. But it does need nurturing, and then it will provide for us. Let us give it also the respect it deserves, as our physical bodies are its product.

>>> Want more of this support? Want to expand your community and network with like-minded people? Yes? Great, why don't you join us as an ANH Pathfinder which gives you access to our private Pathfinder's network, a live monthly Q&A, our ANH Intention Circle and much more!