Many of you will know that Facebook is doing its bit to try to shut down health fraud, along with cybercrime, abuse and other less than savoury communications on its Facebook and Instagram platforms. You’re probably also familiar that, in Facebook’s effort to grow its profits (something it must now do for its shareholders), the only real way of expanding reach is to pay for promoted posts – in other words using paid ads. All this is part of Facebook’s transition to being a huge advertising platform for business. Facebook must now do what’s good for the biggest businesses in the world so that it can maximise its benefit to its shareholders. Hardly Mark Zuckerberg’s original driver for starting Facebook. But for us, as a non-profit, not a business, we’ve been using a small proportion of your donations to pay for ads for over a year in our effort to extend our reach so that we can have more impact in line with our mission and vision. 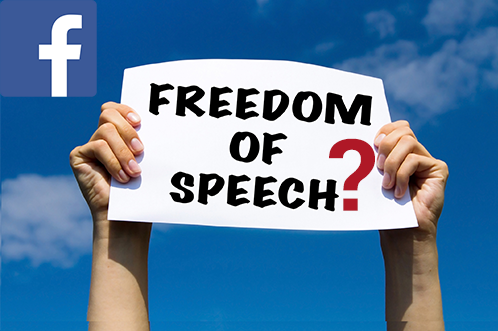 What’s now happening is that non-profits like ours have been caught up in this process – especially, it seems, if you are seen to interfere with the profit-making 'machine'. What’s prompted my appeal to you is that we’ve had our ad account disabled for 'violating' Facebook’s Community Standards so we can no longer promote posts. As Facebook has become ever more robotic (and profitable), it’s also much more difficult to talk to humans in the company to iron out problems.

The net result is that we’ve been unable to find out which of our posts supposedly violated the social media giant’s standards and we still haven’t heard from a single human at Facebook in our efforts to resolve the disabling of our ad account. When we email, we simply get automatic responses telling us we’ve violated Facebook’s standards and we should read its policies carefully so we can work out where the violations have occurred.

The best we’ve achieved is an understanding of three areas that are most susceptible to censorship. These are as follows:

As you’ll know from the news, so-called ‘vaccine hesitancy’ is now massively in the cross-hairs of social media platforms and governments. It’s now listed in the top 10 threats to global health by the World Health Organization, which has long been a powerful advocate of vaccines. Facebook may have determined that the language used in the policies listed above is broad enough for it to justify its ban on ads for vaccine-related content. What we’ve now discovered from a prominent social media agency which has advised us, is that Facebook makes its decisions to block or throttle back content, or disable accounts, on the basis not only of current content, but also historic content. 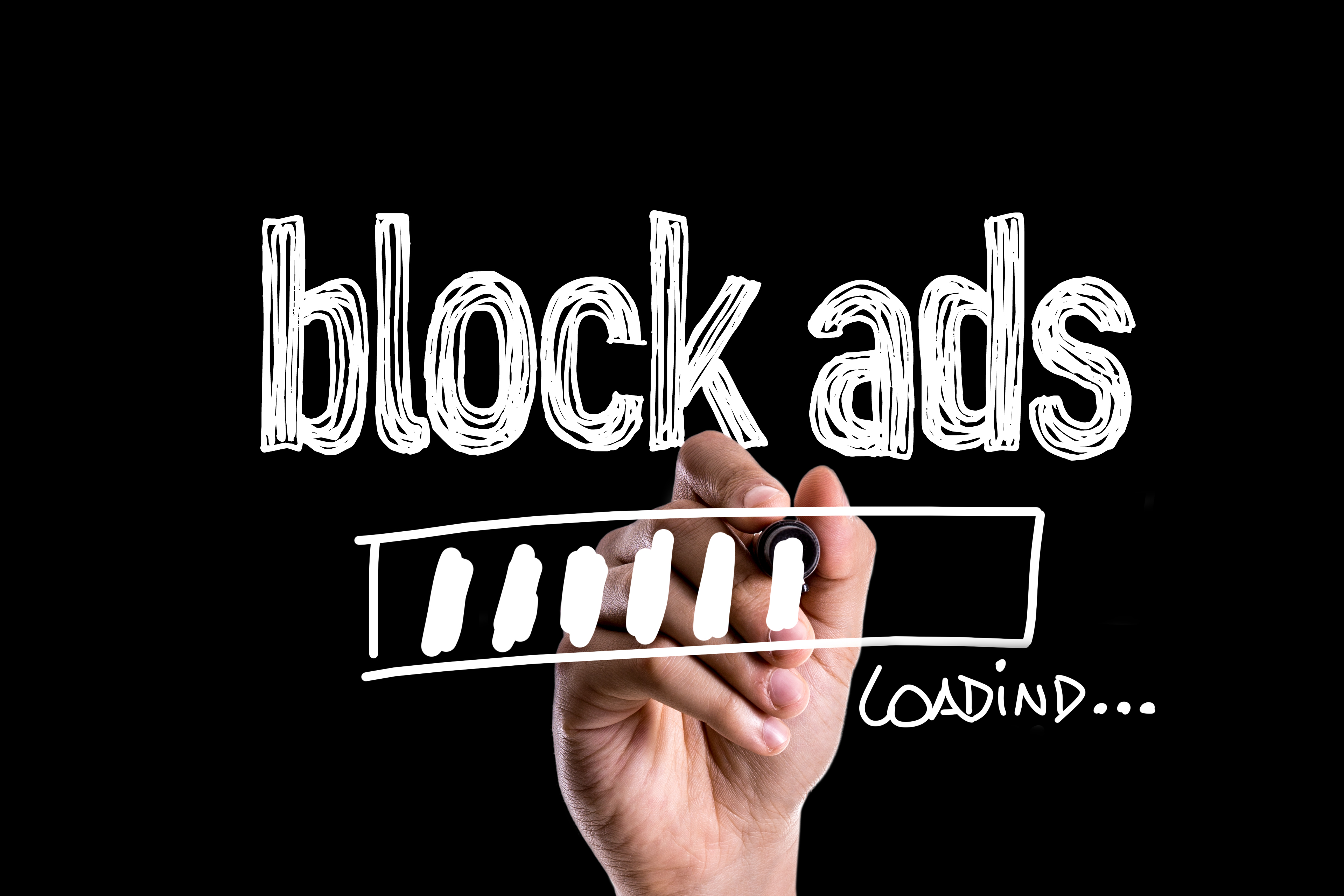 Given our passion for free speech, we’ve started to use a new social media platform alongside Facebook, Instagram, Twitter and YouTube, namely MeWe. You’ll find us in the Communities section under Natural Health but you’ll need to sign up first. Once signed up, you can also click here to access our Alliance for Natural Health Intl page. We’re not planning to walk away from Facebook at this stage, in part because the platform’s so widely used, and also because it’s important for us to see how the biggest social media platform in the world is going to handle our issues going forward.

Our appeal to you

Since we can’t promote posts on Facebook and Instagram anymore, your help in the following 3 areas could make a huge difference.

These three actions should take just a few minutes of your time each week. Your help here can go a long way to counter the effect of our censorship by Facebook.

We believe it’s an assault on freedom of expression and it’s part of a deeply disturbing trend to censor information that governments and big businesses don’t like. On the other side, governments now consider that any health message that isn’t corroborated by the health and scientific establishment is fake news and dangerous. Government minister’s like the UK Secretary of State for Health, Matt Hancock – who was previously the UK’s Minister for Digital, Culture, Media and Sport – are on a mission to get social media platforms to shut down content they consider to be ‘health fraud’.  Many of us see this kind of censorship to be completely at odds with the same Minister’s call for the public to take responsibility for their health.

We work tirelessly to ensure the information we provide is thoroughly supported by solid, often published, peer reviewed scientific information. We use best practice guidelines in our website articles that reference, where possible, back to primary sources.

All of the areas in question are areas of great scientific uncertainty. The data supporting them isn’t black and white – and shutting down public discourse won’t do anything to increase the public’s trust of the information coming from government or industry.

We are hugely grateful for those of you who are already helping with sharing our information on your social media accounts.  We also look forward to receiving help from as many of you as possible.

It’s in all of our interests and especially those of future generations. We passionately believe that it’s incredibly important that today’s children grow up in a world in which they can make their own choices over their health, using their free will, based on their careful appraisal of all relevant information.

Let's work together to help overcome obstacles to free speech. 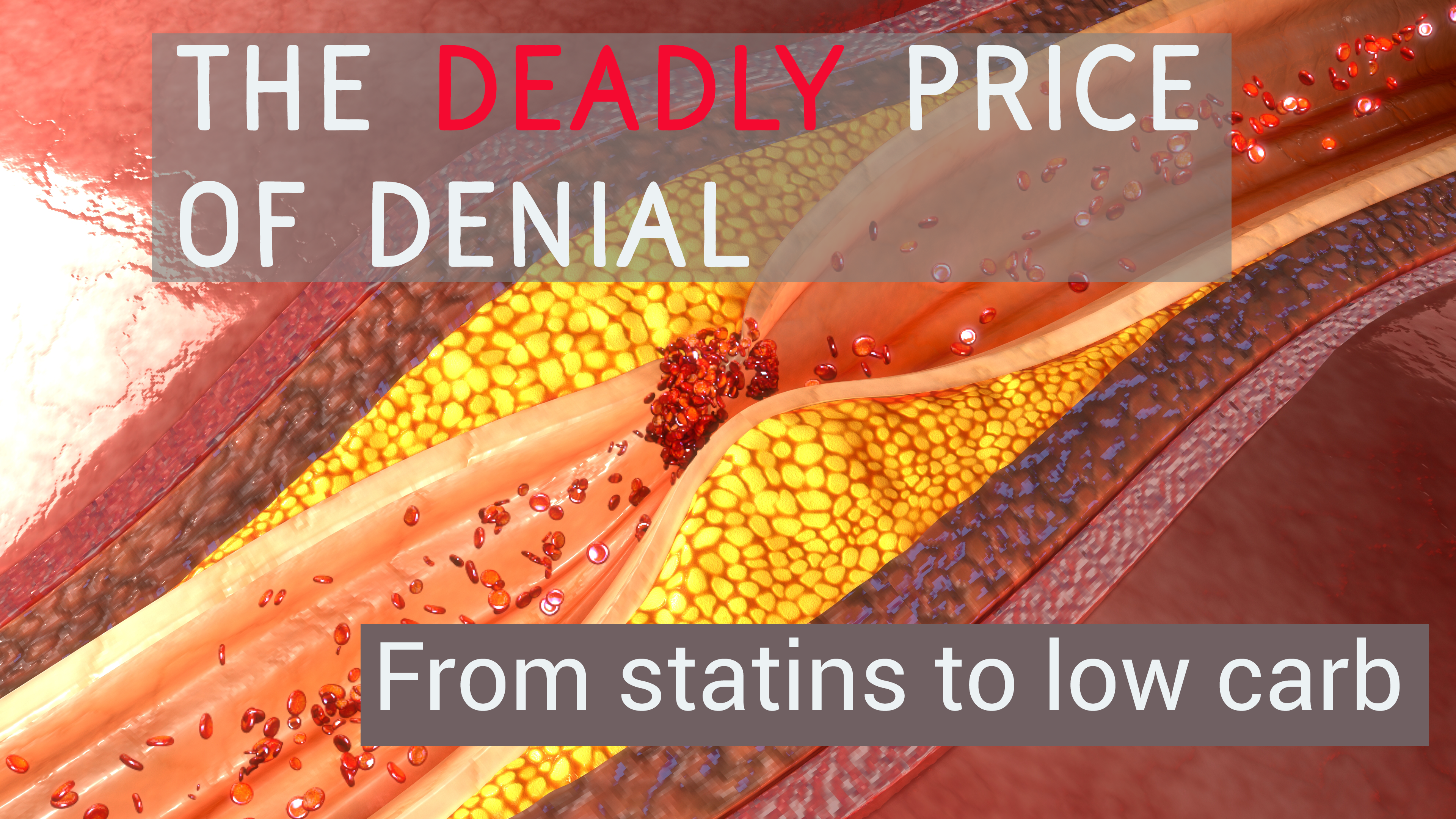 The deadly price of denial: from statins to low carb

The deadly price of denial: from statins to low carb

Why the statin protagonists won't win the war