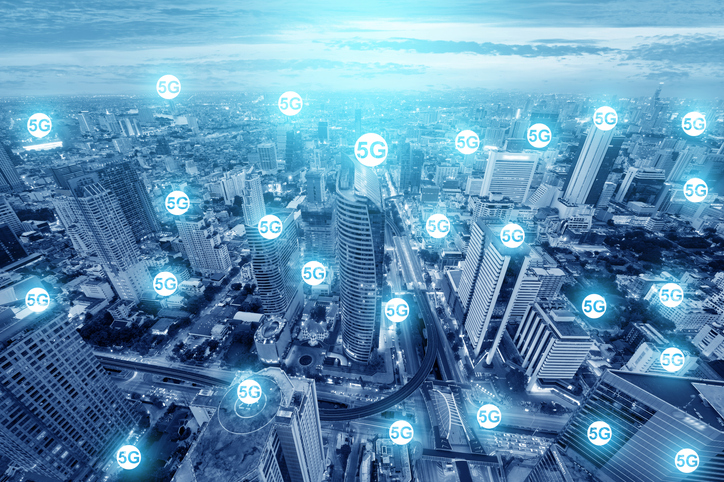 The 5G disconnect – the biggest next gen uncontrolled experiment?

The roll-out of genetically modified foods and animal feeds from 1996 is undoubtedly one of the biggest uncontrolled experiments of the modern era. But ploughing full-steam ahead with 5G, with precious little research on its potential impact to humans or wildlife, is at least its match.

Despite growing amounts of scientific data pointing to potential risks associated with increased exposure to new-to-nature radiofrequency (RF) electromagnetic fields (EMFs) – plans to roll-out 5G across the world are accelerating at pace.

This piece takes you through a quick why, what, how and where of 5G, and then calls on you to become an activist so that together we can help stop the uncontrolled global roll-out of 5G – at least until we understand its implications on health and the environment.

Electronic communications of all kinds, from mobile phone reception, downloads and uploads, through to our connection to the Internet of Things (IoT), which opens up a host of opportunities for new technology like driverless cars, ‘smart cities’, unprecedented video streaming and augmented reality, would likely improve if 5G sees the light of day in around 2020. In essence, the telecoms industry and technology partners will be the biggest beneficiaries of the new technology that the public will be increasingly pressurised to adopt to cater for increasingly digital lifestyles.

While the public and businesses might benefit from better connectivity and less latency, the public is being told the technology is safe, despite the fact existing 4G technology is known to pose significant health and wildlife risks. Nor is the public being given the option to consider alternate technologies to improve digital transmission, such as the wider use of fibre optic landline networks that aren’t associated with the risks of RF-EMFs. The roll-out of 5G is entirely privately-driven and privately-led.

5G refers to ‘5th Generation’ wireless technology. New standards for 5G were agreed in 2017. While the standard will continue to rely on existing technology, especially 4G networks, it provides for new frequencies that utilise shorter wavelengths, so-called millimeter wave frequencies that were born out of military use. Very little information is known about how humans or wildlife might react to the predicted increase in exposure, especially to these new frequencies. It is thought that thin-skinned amphibians and insects might be at particular risk.

As it stands, there are increasing data showing dose-related non-thermal effects such as increased risk of cancer in humans and disruption to wildlife.

Millimetre waves can’t penetrate through buildings, walls and other solid structures. As a result, 5G cellular networks require a mosaic (thousands, eventually millions and billions) of local, small cells (see information and photo of larger unit from RCR Wireless News) that both emit and receive signals 24/7.

These are planned along streets, lampposts, front yards – almost everywhere, especially where populations are dense. While 4G can support around 4000 devices per square kilometre, it’s estimated that 5G can support up to a million devices per square kilometre. On top of that, the number of satellites used to support 5G will likely go from around 2,000 used currently to some 20,000.

Humans were first exposed to RF-EMFs in the 20th century. But as the following figure by UK non-profit Powerwatch shows, there has been a dramatic increase in RF exposure in urban areas over the last decade, that is set to continue to increase exponentially. 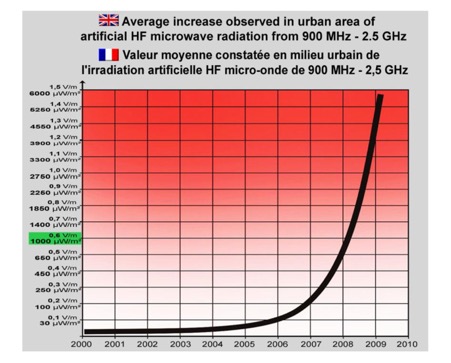 Getting 5G fully up and running is fast becoming a race for supremacy. President Trump described “winning the race to be the world’s leader in providing 5G” as a “critical issue for our country’s future.”.

>> Find out more about 5G and the IoT

>> What you need to know about 5G wireless and ‘small’ cells

>> For more information about RF-EMF impacts on human health, refer to Powerwatch UK publications under “Radiofrequency EMFs and Health.”

>> Environmental Health Trust ‘Top Facts About 5G and Your Health’

It’s all about setting up test beds in cities in the real world – checking if all the technology works as claimed. AT&T’s first tests in 12 US cities certainly didn’t. As it’s privately controlled by the tech companies and because a race is on, don’t expect any detailed investigations about human health or wildlife impacts. In fact, Senator Blumenthal’s February hearing at the US Senate Commerce, Science and Transportation Committee found there’s absolutely no money being expended on any research on health effects despite the massive increase in transmission and exposure by the projected mass of additional cells, antennae and satellites. That’s of course business as usual - there’s simply no desire on the part of stakeholders to spend money on research that might interfere with the roll-out plan and, anyway, there isn’t enough time to do anything meaningful given there’s a global technology race on.

The biggest stakeholder globally appears to be Huawei, which has invested more in the technology, including numerous patents, than any other company. It’s going flat out in Asia, with its sights set firmly on the Chinese and many other big markets. European players include Ericsson and Nokia.

In the US, the key actors include AT&T, Sprint, T-Mobile and Verizon. But there are huge hurdles in the way for US players, not least they are finding out that vehicles, foliage – and even a person’s hands – can block millimetre wave signals from 5G. That means even more cells inside and outside buildings, installing beam-forming transmitters that steer signals to devices, or opening up more mid-band wavelengths that don’t have all the transmission capacities of 5G.

Full roll out in the 5G race is expected between 2020 and 2023. According to the European 5G Observatory supported by the European Commission, there are numerous cities around the world at an advanced state of implementation (see cities marked with red dots on map below). Additionally, there are other countries that are in earlier stages of implementation (orange dots on map). 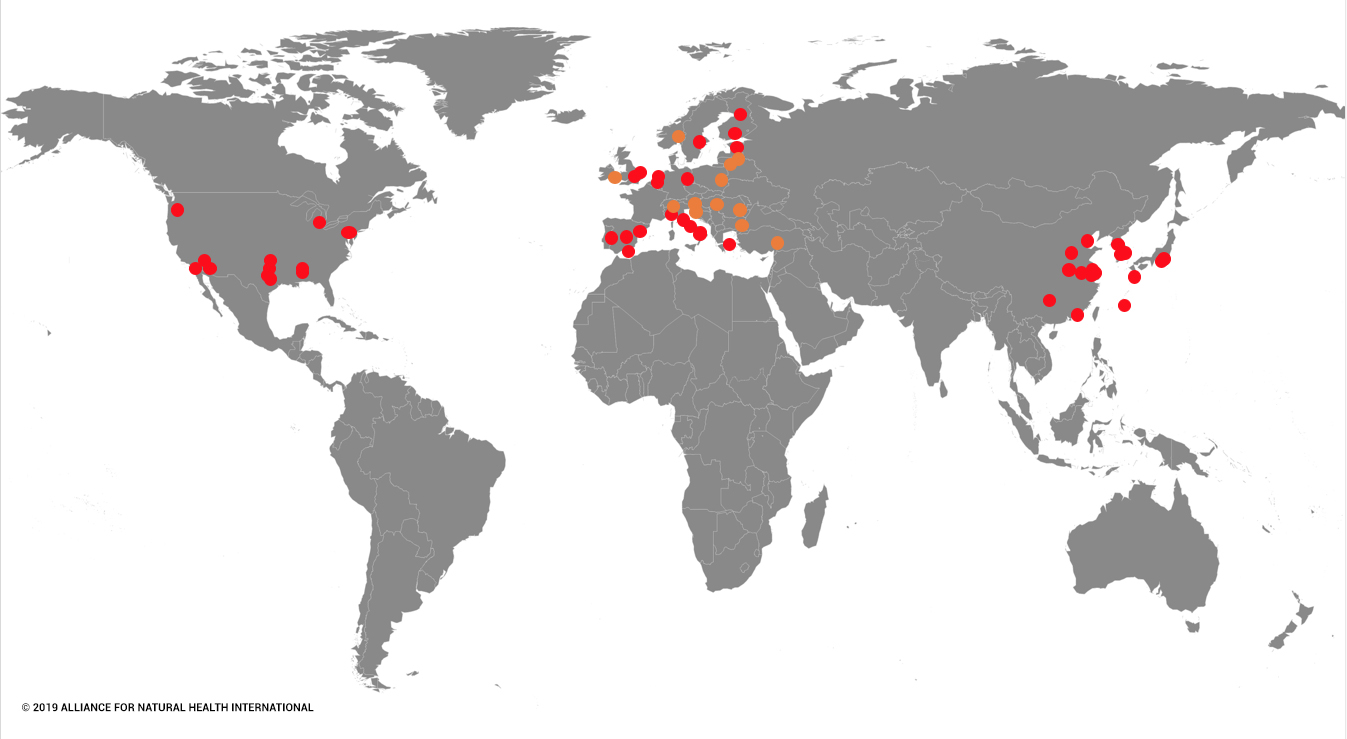 >> More information about 5G in Simon Best’s Caduceus article, which also provides the source for many of the initiatives aimed at halting further 5G roll-out pending data on safety.

There is a 5G disconnect. The WHO’s International Agency for Research on Cancer regards the radiofrequency electromagnetic fields from contemporary wireless networks as “possibly carcinogenic to humans”. There is ample evidence of environmental impacts, likely affecting pollinators such as honeybees. These very concerns caused Brussels to back out of its 5G trial. Despite the fact that exposures will increase, including exposures to an entirely new spectrum of high frequency millimeter waves, with a massive increase in small cell and satellite emitters, it is astonishing that a moratorium has not been imposed by governments. That leaves it to the people.

Please engage. Become a 5G activist – and protect our future.

Sign the International Appeal to Stop 5G on Earth and in Space now! With well over 80,000 signatories from 168 organisations, including ANH’s Rob Verkerk as a scientist and ANH-Intl as an organisation – it’s time to let corporations and governments know that it’s not OK to roll-out 5G when it’s already known 4G poses significant health and environmental risks and 5G could increase these dramatically.

The British Green Party is the first political party in the UK to back a moratorium on 5G pending evidence of safety to humans and the environment. Check out the reasons given, along with the supporting paper here.

In a hearing at the US Senate’s Commerce, Science, and Transportation Committee in February, Senator Blumenthal (Democrat, Connecticut, USA) told the US senate that “I believe the American people deserve to know what the health effects are…We are flying blind here on health and safety”. At the hearing, he criticized the Federal Communications Commission (FCC) and the Food and Drug Administration (FDA) – the agencies jointly responsible for the safe use of cellphone technologies – for inadequate answers during Senate hearing.

US 5G Day of Action

US citizens – join rallies in US cities being held on May 15th for the National 5G Day of Action (USA) being organized by Americans For Responsible Technology. We’re lending our support to this initiative and are an officially listed supporter of the Americans For Responsible Technology. We will be issuing more information about this important day via our social media channels. Find out where the rallies are here.

IMPORTANT NOTE:
We've been notified today that our ad account that has allowed us to promote posts on Facebook and Instagram has been permanently blocked by Facebook with no reasons being given and no possibility of appeal. We therefore need to rely on our readers to help to share our posts with as many people as possible. If you've read this piece and support its general thrust, please forward it to as many of your contacts as you can without delay. Together we can make positive change - even in an increasingly censored society. 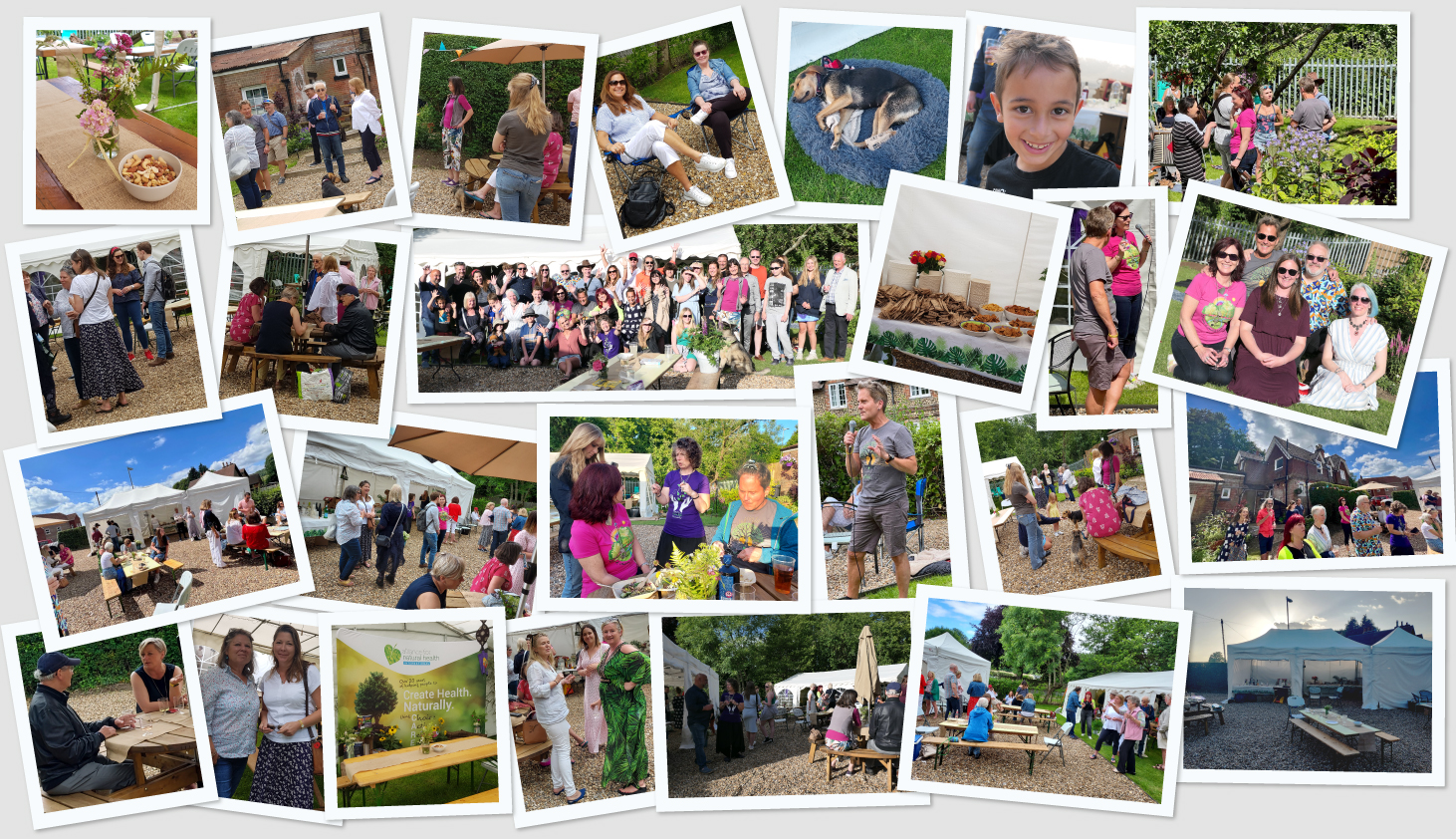