Home News The vitamin A paradox: too little or too much of a good thing? 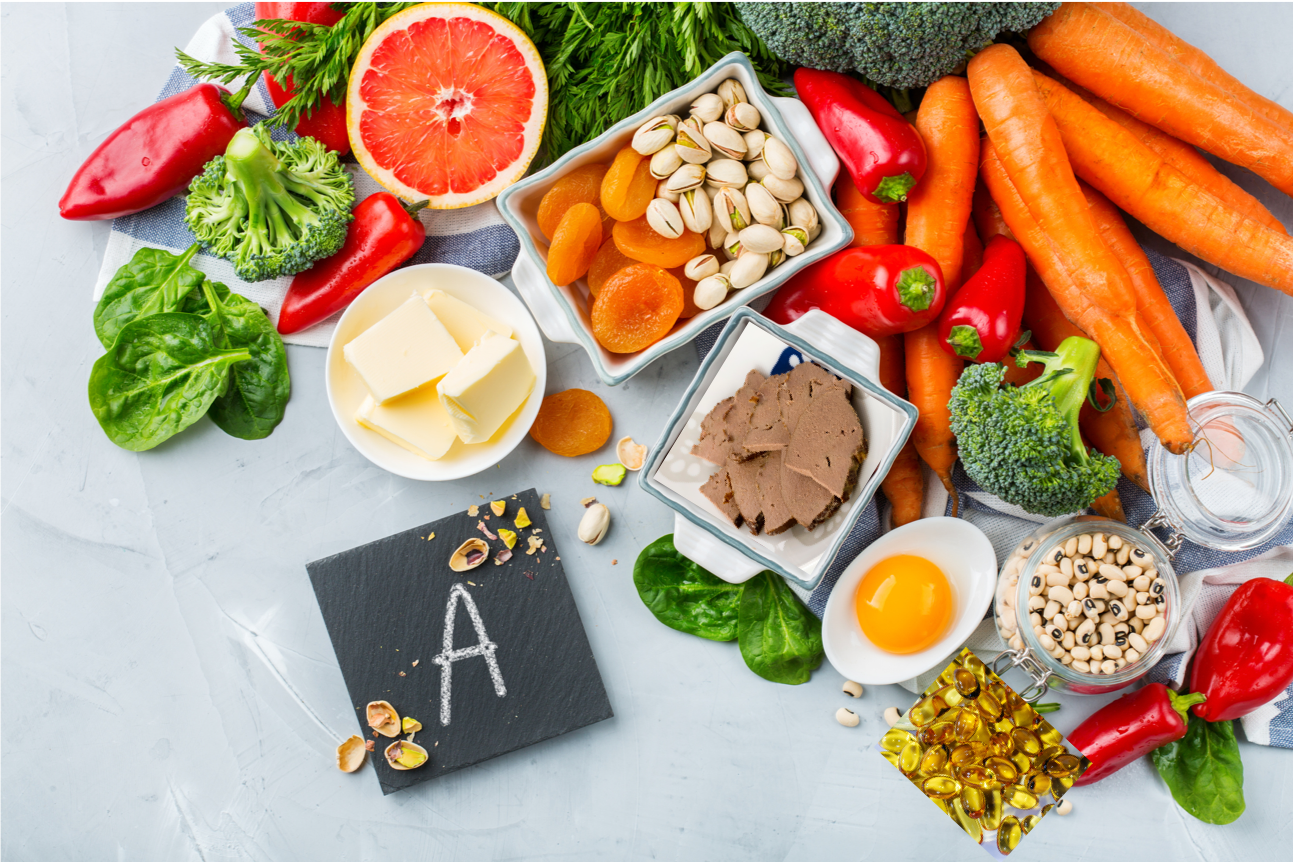 The vitamin A paradox: too little or too much of a good thing?

Vitamin A is an essential vitamin, yet the public is assaulted with more information about its potential harms than its amazing benefits. Even nutritionists are confused, such is the seemingly contradictory and evolving nature of vitamin science.

Vitamin A is considered an essential vitamin because it’s essential that we consume it in our diet – we simply can’t live without it. It’s critical for a wide variety of functions. In short, without it, we can’t see, grow, reproduce, or fight off disease. We also can’t have healthy skin or hair – and that might in effect reduce our ability to find a suitable mate! And if that wasn’t enough, some of the latest evidence suggests incredibly important functions in terms of immune system modulation, especially in relation to regulatory T-cells, as well as related gut mucosal immunity and gene expression.

During the course of our evolution, it’s highly likely that we’ve consumed most of the vitamin A we need from animal sources in its ready-to-use oxidised state, retinoic acid, or as its immediate precursors, retinol or retinal. These forms get their names from the photosensitive pigments in the retina which are dependent on 11-cis retinal, which is why vitamin A deficiency causes outright or night blindness. The micronutrient was assigned the letter A because its essentiality was the first to be discovered in the early 1900s.

Vitamin A is particularly rich in meat (especially liver), fish (again, also richest in the liver) and dairy products, where it was first discovered. We use it as retinol for vision, and we oxidise to retinoic acid in our bodies for most of the other beneficial effects.

We also consume it in the form of provitamin A carotenoids (the coloured pigments in fruit and vegetables), the most important of which is beta-carotene. We convert only a proportion of this (around one-tenth to one-twentieth, the amount varying greatly between individuals and according to the foods consumed) to the active retinol forms our body uses. 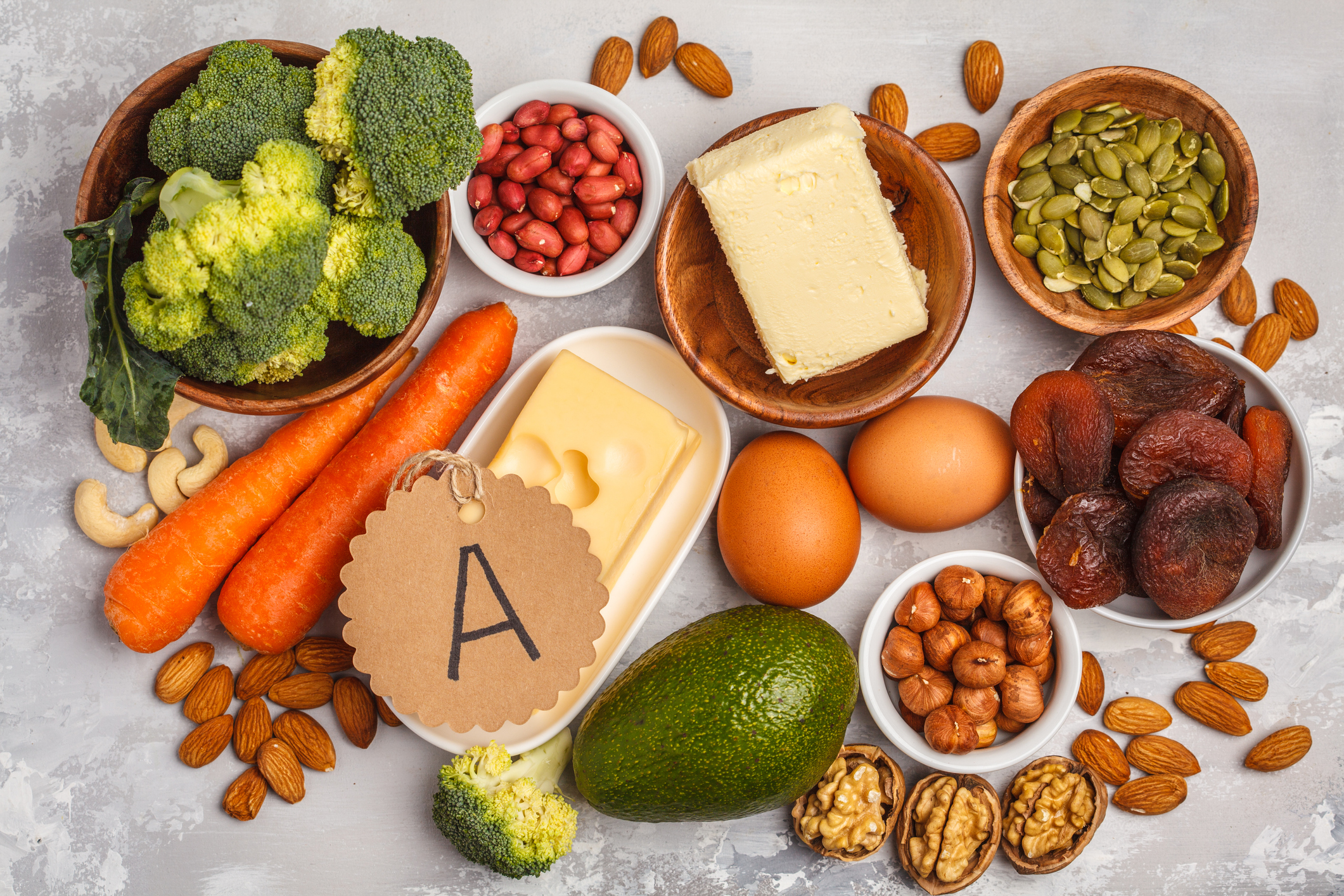 So - why all the confusion?

We can break the sources of confusion into three main areas:

How the story unfolded

There’s one important additional element that can’t be ignored. It’s the prime element responsible for inciting a typically precautionary approach to vitamin A among regulators and many nutritional practitioners, particularly with respect to supplement recommendations. It was triggered by work published by Melhus and colleagues from the University Hospital in Uppsala, Sweden back in 1998. It was the first major clinical study to raise the alarm on high dose vitamin A and increased risk of hip fracture caused by lowered bone density. In a nutshell, the authors found that vitamin A consumption averaging in excess of 5000 IU (1500 μg [mcg] Retinol Equivalents [RE]) contributed to a 10% reduction in bone mineral density at the hip.

What then happened was that the supplement industry – an easy target and perceived enemy of all-powerful, media-controlling Big Pharma, was fingered as the prime culprit. Ironically, this was despite the work by Melhus and colleagues in Uppsala and at the Karolinska Institute in Stockholm showing that supplements contributed only a small part to the total intake, most of which came from the then common practice of liver consumption. Plenty of lamb, beef and poultry liver in the diet – and winters spooning in vitamin A-rich cod liver oil.

What wasn’t appreciated until several years later is that the bone density issues caused by high vitamin A intakes are exacerbated greatly by low vitamin D status – a condition that was then rampant given the northern latitude and grossly inadequate vitamin D intake in supplements. So in Melhus et al’s original 1998 study published in the prestigious Annals of Internal Medicine, the women had very low levels of vitamin D intake and made very little vitamin D from sunlight. Intakes were on average just 97 IU (2.4 μg) per day with a maximum of 185 IU (4.6 μg) per day. If we assume an optimum of around 8,000 IU (200 μg) per day in the absence of sunlight exposure, these amounts equate to between 1% and 2.5% of the optimum intake! Now we know a lot more about nutrient interactions and bone health. It’s not just the interaction between vitamins A and D, there are also other actors, such as vitamin K2, magnesium, calcium, and boron. 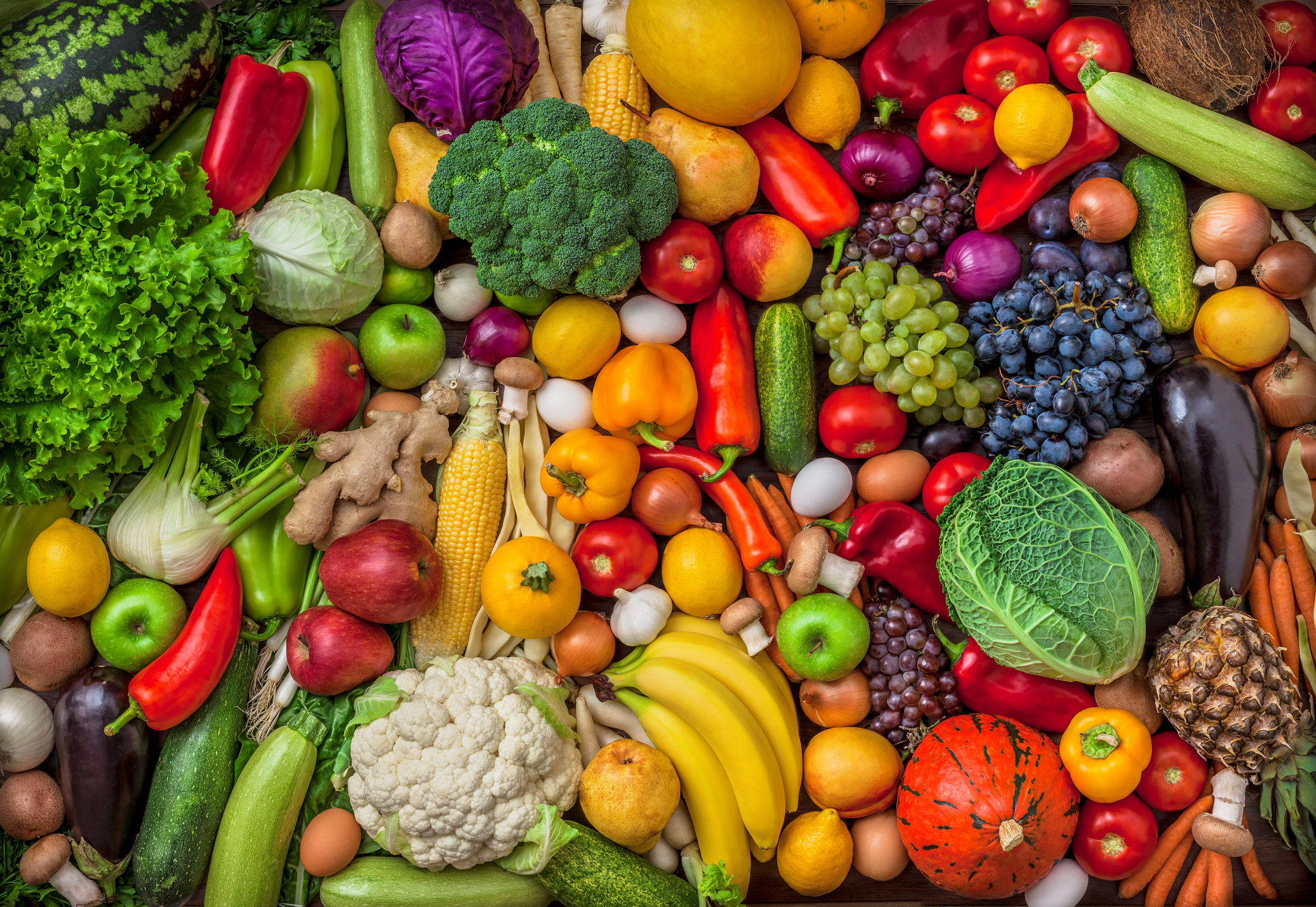 Not everyone is feasting on animal livers. In fact, fewer people than ever do it these days. We’re also experiencing what is probably the biggest upsurge in veganism in human’s 1 million years or so of evolution. Many more are cutting down, or have eliminated entirely, dairy from their diets. These recent changes in dietary practice make it important that we don’t over-emphasise the results of older studies. We have to look at what people are eating today, how their bodies’ metabolise the foods they eat and what their individual requirements are, this in part being predicated by their genetics and environments. Enter the world of personalised nutrition.

There are at least six factors that might work to make someone deficient in vitamin A:

Anything more you should know?

While we can all agree that a risk of vitamin A toxicity is well established among those consuming large amounts of preformed vitamin A, concerns over its toxicity are often overblown by those wanting to diminish the importance of supplements. We should be equally concerned over vitamin A deficiency.

Low vitamin A status is not only associated with obesity, it may actually be contributing to it! It’s early days in terms of the research, but there’s an interesting body of work coming out of animal studies on the complex ways in which vitamin A modulates the immune response, hormones and body composition.

A rat study showed that vitamin A supplementation of pregnant and lactating female rats who were reared on high-fat diets compensated for the otherwise adverse effects on the pups. Pups benefiting from the supplementation didn’t suffer increased body weight and white fat, and instead developed more brown fat, a subject we cover in greater depth in another piece published today.

Not only that, iron deficiency, which is rampant in Western populations – especially among girls, reduces vitamin A mobilisation into the blood from the liver, effectively creating a double whammy of low iron and low vitamin A. Add low zinc status to the mix, zinc being key to the process of regulatory T-cell differentiation in the immune system, and you’ve got an additional problem. Low vitamin A, D and zinc status can all be resolved with careful use of supplements, not something governments or pharma like you to know.

The best way of understanding your status is by seeking the support of a qualified and experienced nutritional practitioner. 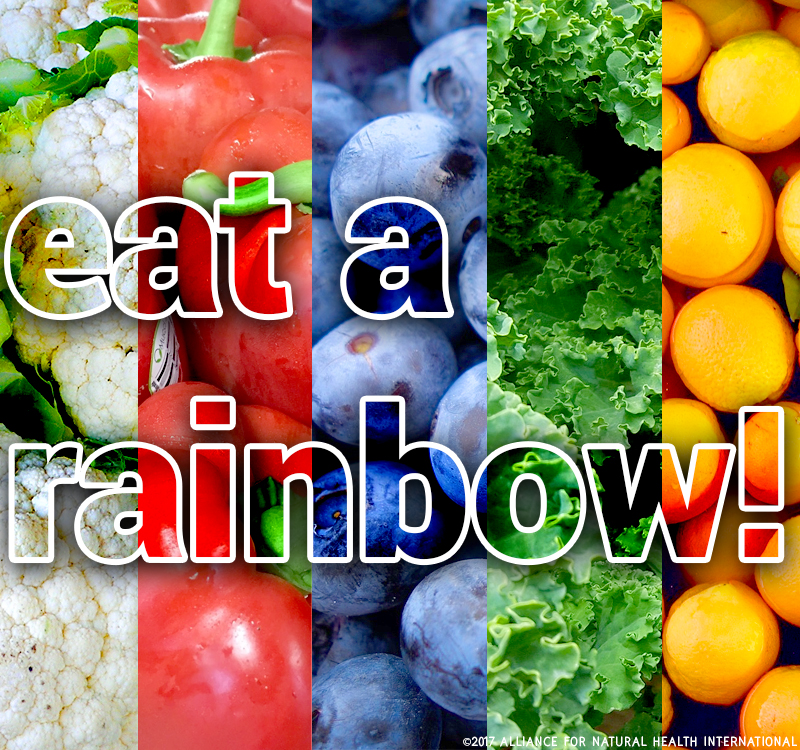 We cannot over-emphasise just how complex  the interactions between nutrients, genes and our environments are. Every person has different requirements – and that requirement changes as we journey through life. Vitamin A status is one of the most complex because of the extraordinary importance of the vitamin and its narrow or overlapping relationships between dose, benefits and risks.

While this piece might go some way to explaining where we’ve got to with our nervousness around vitamin A supplementation, we hope it also cautions of the risk of insufficiency. As you will appreciate, the complexities mean that for many, your best option – to emphasise this again – might be to consult a qualified and experienced nutritional practitioner.

Current methods for assessing risk vs benefits of different nutrients are based on the assessment of xenobiotic (foreign) substances and focus on the worst adverse effects in the most susceptible sub-population. They don’t take into account that a dosage causing harm in sensitive populations overlaps with those which bring benefit to the majority.

Tolerable upper levels (TULs) are the highest daily levels that ensure that even 97.5% of even most sensitive individuals in a population won't be exposed to any kind of risk. As indicated above, they then ignore the harms caused by inadequacy among those consuming these amounts.

The current tolerable upper limit (TUL) for vitamin A supplementation is 3000 μg retinol activity equivalents (RAE) for adults over the age of 18 in the EU, UK and US.

Following are reference levels that represent total amounts from all sources (as retinol equivalents, derived from retinoids and provitamin carotenoids) considered adequate for the majority in the EU, the UK and the USA.

There are instances where short-term, high dose vitamin A (12,000 μg per day over 3 days) supplementation is required to normalise immune function. However, we do not recommend use of these dosages without specific guidance from a qualified and experienced practitioner.