Home News Why is success in critical care being ignored? 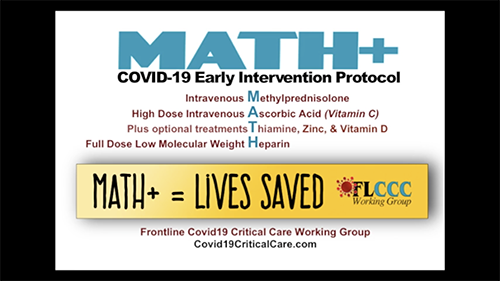 Why is success in critical care being ignored?

After around 8 weeks in lockdown and 3 months since the spectre of Covid-19 loomed large in our media headlines, why is it that a team of frontline critical (intensive) care doctors in the USA who have delivered close to 100% survival with their unique protocol being roundly ignored? Wouldn’t you think that hospitals and governments would be biting their hands off to get a hold of their protocol? Or clamouring for more information and training to understand why their own outcomes from standard care fall so far short, delivering around just 50% survival in most critical care settings?

We certainly would, which is why we’ve dug a little deeper into the available critical care data for this article.

It’s now very clear that the outcomes among the very seriously ill patients in critical care units (also referred to as ICU [intensive care units]/ITU [intensive therapy units] in the UK) are being used to inform lockdown (or lock up!) strategy and keep the fear levels sufficiently high to ensure citizen compliance.

Is there flex in critical care protocols?

Limited published data would suggest that critical medical care in many parts of the world is not flexing sufficiently to encompass treatment options to deliver the best possible outcomes, especially where these involve novel protocols and especially natural therapeutic agents. But why not? After all, this is the digital age where physical distance or time zone differences no longer present barriers to communication. The media is certainly sharing horror stories globally, many of which centre around the dire outcomes of the critically ill filling up the ICUs.

It’s impossible to over-estimate how important outcomes in these critical care settings are. High levels of success would significantly reduce the pain and suffering for the diseased, their families and their loved ones. It would also change greatly our perception of the threat posed by the disease.

To expedite research around this new infection, the obstacle course posed by the peer review process to scientific publication has been removed. Yet, despite many front line doctors using different protocols to the standard, conventional care, to great success (aka. better survival) their data are not being received where it counts. We all need to be asking why. After all, people are dying. How would it make relatives feel if it was found that their loved one had died needlessly just because the doctors who were having greatest success were not being listened to and their innovative protocols had been systematically ignored?

Survival outcomes that shouldn't be ignored

Dr Pierre Kory, and his colleagues in the Front Line Critical Care Working Group (FLCCC) are certainly demonstrating outcomes that shouldn’t be ignored, but are.

Dr Kory stated in the US Homeland Security Committee Round Table on Covid-19 last week, that their protocol has gone to the White House on 4 occasions, they have a website, have been widely interviewed for videos as well as print, yet no one in authority has tried to make contact. Worse, he states that they are being pushed back continually by the US Centers for Disease Control (CDC) and the National Institute for Health (NIH).

It’s no wonder he sounds so impassioned. Can you imagine how difficult it is for a team of experienced critical care doctors to see outcomes change dramatically from the normal standard of care to 98% survival with their MATH+ protocol, yet no one seems interested? Having now treated 100 critically ill patients, they report that they have only lost two people, both who were over 80 years of age with advanced chronic conditions. The rest were discharged in good general health after short hospital stays and none were ventilator dependent.

Surely that’s news that every hospital would be all over and we’d be seeing changes to the standard of care? Yet nothing of the kind appears to be happening. Instead Kory and his seven colleagues are being effectively stonewalled whilst more people die.

What do the data say?

The first thing to say is that data comparisons are in any event very difficult owing to different resources available, different patient characteristics and vulnerabilities, ages and ethnicities etc. Additionally, only around 12 studies from critical care facilities are published and only 3 of these, one from China, one from the ICUs of the Lombardy region of Italy and the comprehensive data from ICNARC in the UK involve over 1000 patients. Of these large studies, the Chinese and UK data suggests survival rates of almost exactly 50% and the Lombardy study stands out with its significantly higher survival at 75%.

Four studies from the US are all small and one involves the report of the total number of cases treated by a team of clinical care doctors working in different facilities, but using the FLCCC Working Group MATH+ protocol, which as we've described above, has only disclosed 2 deaths in 100 patients. This is the real stand out figure. Another US study from Boston showed 83% survival and an earlier study from Washington State showed the lowest survival rate of just 33%, but over 70% of these were mechanically ventilated and the study was small.

Another feature of these data is the lack of consistency in reporting techniques which significantly lowers the ability for different critical care doctors to learn rapidly from each other, despite the inevitable variation in resources and patient profiles. And of course, the other real stand out, as mentioned, are the results from the FLCCC Working Group. The numbers may be small, but they nevertheless exceed considerably two of the US studies (one published in JAMA, the other in NEJM) and it could be considered a form of medical negligence that health authorities such as the NIH and CDC in the US have ignored their persistent efforts to communicate their findings and protocols.

Why won’t health authorities and governments listen to expert front line critical care doctors who are getting well above average results?

Why are all of the ongoing and repeated attempts by many groups, organisations (ours included), doctors, health professionals and citizens to get health authorities and governments to look at the evidence behind novel and natural protocols for immune support and treatment consistently falling on deaf ears?

And, why is there such widespread censorship of anything but the party line by online platforms which lack sufficient expertise to adjudicate on matters of science and medicine?

The public-facing narrative continues to profess that there is nothing you can do to support your immune system, there is nothing in the natural arsenal for Covid-19 (apart from a gnat’s dose of vitamin D perhaps), social distancing must be maintained at all times and that the only cure for this terrifying infection will magically come from a vaccine created at warp speed.

When you add these untruths to the plans being rolled out for ramping up citizen surveillance through test, track and trace, the erosion of our rights and freedoms through the emergency coronavirus legislation, the destruction of economies and the forced reliance of so many on the state for survival handouts, you realise how much we might lose whilst much of the world cowers behind closed doors in fear.

We are paying the piper with our lives and our livelihoods. For more on ‘the piper’ or pipers... see our latest video from Rob Verkerk PhD.