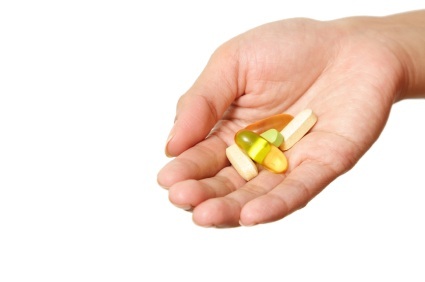 A study just published in a leading peer reviewed journal explains how the European Commission’s proposed approach to limiting maximum doses of vitamins and minerals in food supplements across Europe is not scientifically rational.

The study’s author Robert Verkerk PhD, executive and scientific director of international campaign organisation, the Alliance for Natural Health (ANH), "When you dig into the complexity of risk and benefit relationships for nutrients as I have in this study, proceeding with the kind of approaches the European Commission, the European Food Safety Authority and industry have been discussing over the last six or so years makes absolutely no scientific sense. The only rational way forward involves moving from the risk-only approach that has been considered up until now, to a risk-benefit approach. This means changing tracks."

This latest study shows that the risk-based approaches under consideration by European authorities, if turned into law as proposed, will deny the majority of people from consuming beneficial quantities of vitamins and minerals.

Dr Verkerk explains, "The problem is that the risks and benefits for most nutrients actually overlap. If you exclude all risks in the majority through statutory limitation as planned under the second phase of the EU Food Supplements Directive, you literally prevent people from accessing products containing levels that are good for them. You might stave off deficiency diseases, but you would also prevent many people from managing their health naturally. If we applied the same approach to wheat, dairy or peanuts, governments would have to ban these foods."

Using extensive examples and referencing to other published studies, the paper shows that any scientifically rational approach would need to be applied to individual forms of vitamins and minerals, rather than being developed as blanket levels applying to all forms of a given vitamin or mineral group.

"A good example of this, considered in detail in the paper, is that of folate", continues Verkerk. "There are more and more data pointing to health risks from long-term supplementation with more than 1000 micrograms daily of the synthetic form of folate, folic acid, that’s widely used in cheaper supplements. But the natural, non-reduced forms as found in green-leaved vegetables have a much wider range of benefits, and are known to exert their greatest benefits when consumed in significantly larger amounts."

The paper also looks in detail at the anomalous case of fluoride and shows that the European legislative approach to fluoride in supplements, or indeed government approaches to the water fluoridation programmes specific to Ireland and parts of the UK, are contrary to the principles of risk management applied elsewhere. Given the risks of fluoride to young children, Verkerk argues that it is remarkable that mass treatment of public drinking water is still allowed while the European Food Safety Authority continues to green light various forms of fluoride in supplements.

Verkerk’s study argues forcefully that legislation on maximum levels of vitamins and minerals should not proceed until new methods involving consideration of both risks and benefits of individual forms of vitamins and minerals are developed. Accordingly, the paper ends with the following advice to European authorities, given around 200 years ago by the third President of the United States of America, Thomas Jefferson, "delay is preferable to error".

The full reference to the ‘Epub ahead of print’ article is as follows:

The article can be accessed here

Alliance for Natural Health International is an internationally active non-governmental organisation working towards protecting and promoting natural approaches to healthcare. ANH-Intl campaigns across a wide range of fields, including for freedom of choice and the use of micronutrients and herbal products in healthcare. It also operates campaigns that aim to restrict mass fluoridation of water supplies and the use of genetically modified foods. Through its work particularly in Europe (anhinternational.org) and the USA (www.anh-usa.org), the ANH works to accomplish its mission through its unique application of ‘good science’ and ‘good law’. The organisation was founded in 2002 by Dr Robert Verkerk, an internationally acclaimed expert in sustainability, who has headed the organisation since this time. ANH-Intl is working collaboratively with a wide range of scientists, lawyers, medical doctors, health practitioners, politicians and consumers, to help facilitate the development of scientific and legal frameworks appropriate to natural and sustainable healthcare.

The following (related) release has been issued simultaneously by Voice of Irish Concern for the Environment (VOICE):