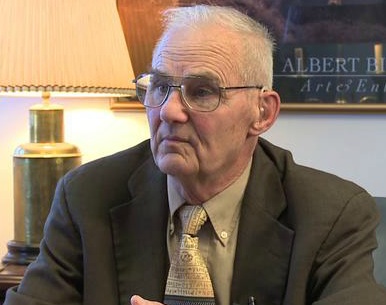 Retired US professor spreads news of grave dangers of world's no. 1 weedkiller

Since we published this article, it has come to our attention that a new strain of genetically modified (GM), herbicide-resistant crop looks set to be approved for use in the USA. This time, it’s a GM strain of corn developed by Dow AgroSciences to be resistant to 2,4-dichlorophenoxyacetic acid, otherwise known as 2,4-D – a component of the infamous Agent Orange used by US forces in the Vietnam war.

2,4-D is the most widely used herbicide in the USA and is effective against broad-leaf weeds. Since corn is not a broad-leaf plant variety, it is by its very nature resistant to 2,4-D, immediately raising questions about the real reasons behind development of the new strain. Critics of the proposed approval point to evidence that 2,4-D causes cancer and reproductive problems in rats. They also draw parallels with the glyphosate situation, which saw massively increased usage of the herbicide following approval of Roundup Ready GM crop strains.

A 60-day consultation on approval of 2,4-D-resistant corn is ongoing.

Monsanto’s Roundup has become the most widely used herbicide in the world. The growth in its use has matched the massive expansion of genetically modified maize (corn) and soya crops, also patented by Monsanto, that are not killed by the weedkiller. For years, Monsanto claimed Roundup to be safe and rapidly broken down in soil. But now, a world-leading soil microbiologist and emeritus professor is travelling the world delivering news that this almost widespread herbicide has generated a new micro-fungal pathogen that could devastate agriculture, and have profoundly negative effects in the general environment . The professor claims that the pathogen, which is new to science, has already caused an “unprecedented trend of increasing plant and animal diseases and disorders”.

The scientific community is currently trying to work out if Dr Huber’s concerns are genuine, or if they are over-stated or even imaginary. Some are choosing to ignore it until they see evidence in the peer-reviewed literature. We investigate what’s been happening.

Back in November 2010, Emeritus Professor Don Huber of Purdue University, USA, wrote to Tom Vilsack, US Secretary of Agriculture, warning of a dangerous new pathogen common in genetically modified (GM) plants resistant to glyphosate. But instead of releasing research funds to investigate the new pathogen, which, “Appears to significantly impact the health of plants, animals, and probably human beings”, Vilsack deregulated Roundup Ready GM alfalfa 10 days later. Now, Professor Huber is travelling further afield to get the word out.

Roundup vs. the three pillars of agriculture

Glyphosate is a wide-spectrum herbicide, or weedkiller, that works by immobilising micronutrients that are critical for the growth of plants. These micronutrients, including manganese, magnesium, iron, nickel, zinc and calcium, allow vital enzymes in the plant's chemical makeup to operate; starved of these micronutrients, the plants die. Roundup Ready GM plants are resistant to glyphosate's effects and can survive, whereas weeds are killed.

However, Huber's 20 years of research into glyphosate, and 50 years of experience in soil microbiology, have led him to the conclusion that glyphosate interferes with all three of agriculture's supporting pillars. Possibly as a result, farmers are observing yields of glyphosate-resistant crops that are 50% below maximum. And according to Huber, the weedkiller's effects on plant and animal health and the surrounding environment are widespread.

While yields of glyphosate-resistant crops may be down, glyphosate itself may be responsible for a 'black harvest' of terrible proportions.

Huber's 2010 letter to Vilsack alerted him to the presence of a pathogen new to science to be found within glyphosate-resistant soybeans and corn. The pathogen is able to gain such a strong foothold in these crops because of glyphosate's powerful ability to reduce plants' innate defence against pathogens – the very quality that makes it a wide-spectrum herbicide. The new organism has been found in many animal species and multiple tissue types, including reproductive tissues, as well as in manure, eggs, milk, soil and fungi that are also found as infections in crops. Dr Huber also believes the pathogen can damage the human gut microflora, which is essential to our immunity and general health.

Boosts the virulence of soil pathogens

Glyphosate has been linked with the increased incidence of 34 soil-borne diseases, many of which had not caused serious losses prior to the adoption of glyphosate. Again, glyphosate works on both sides of the equation: by reducing plants' innate defences and by increasing the disease-causing power of the pathogens.

Further danger to animals and humans

Glyphosate residues are toxic, says Huber, causing endocrine disruption, DNA damage, reproductive and developmental toxicities, neurotoxicity, cancer, and birth defects in humans. Animals are being found upon slaughter to have discoloured, inflamed stomachs and leakage of gut contents, and behavioural symptoms of irritability and antisocial behaviour are on the rise – all indicative of allergy to glyphosate.

Time to pull back

If what Dr Huber is saying is right, the only sensible option for policymakers worldwide would be to announce a moratorium on the use of glyphosate, at least until scientific research has been able to show Dr Huber’s concerns are misplaced. That’s of course what Dr Huber is calling for. The next best thing would be to get a panel of other experts in leading positions to validate Dr Huber’s findings.   One of the problems here is that so many of the best weed scientists are intimately linked to Monsanto, and as such are likely to fear standing up against agri/biotech giant, given its influence over allocation of research funding.

With former Monsanto employees a regular feature of the US government and regulators, this is unlikely to happen any time soon. The same may be said for GM crops as a whole: no-one but the biotech companies appear to want them. Given the already demonstrated risks to the environment and human health, a moratorium is clearly the way to go, but they are being introduced into countries under the radar, India being a recent example.

As with many other areas of natural health, 2012 is looking to be a pivotal year for GM and associated technologies, such as Roundup/glyphosate. With countries opting to ban GM for lengthy periods, legal cases going against the big biotech boys and scientists like Huber out there showing the dangers of GM and its associated herbicide, the stage appears set for a showdown. For humanity's sake, everyone who feels instinctively that GM is an enormous mistake must keep the pressure on their governments, and give them no choice but to do the sensible thing.

Also, it’s a matter of time before Professor Huber is proved right or wrong. We’ll keep you posted on developments as they occur.

ANH Say NO to GM campaign