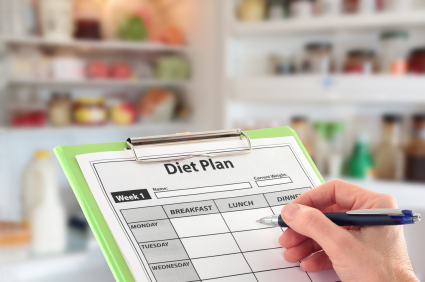 Study: Adherence to the World Cancer Research Fund/American Institute for Cancer Research guidelines and risk of death in Europe: results from the European Prospective Investigation into Nutrition and Cancer cohort study

The findings from the large European Prospective Investigation into Nutrition and Cancer or EPIC cohort study suggest that longevity could be ‘significantly’ increased, by following a number of specific diet and lifestyle recommendations issued by the World Cancer Research Fund (WCRF) and American Institute for Cancer Research (AICR).  The study found that, across several European countries, participants whose diet and lifestyle most closely followed the guidelines had a 34% lower hazard of death compared with that of those who least closely followed the guidelines.  But we believe that the WCRF and AICR recommendations still don’t go far enough, they do not align with current research, and that more can be achieved in the area of longevity.

The multi-institutional study, with lead researchers from Imperial College, London, selected 378,864 suitable participants from those enrolled in the EPIC study back in the nineties.  The researchers allocated scores to each participant according to how well they adhered to a selected six specific (seven for women) WCRF/AICR recommendations, from those laid out in 2007.  The researchers then analysed how these recommendations influenced risk of death over a period of just over 12 years, and found that adherence to these was "inversely related to risk of death".  They found this was particularly the case for deaths due to "respiratory disease", followed by those from "circulatory disease" and to a lesser degree, deaths from "cancer". Some recommendations were strongly associated with each cause of death category, including death from "other causes", but all of them were found to be inversely associated with at least one of the four ‘cause of death’ categories.  The recommendations that were shown to have the strongest effect on risk of death were those relating to "fatness" (a word the paper coined to refer to BMI/waist circumference and adiposity) and the consumption of plant foods.

The WCRF/AICR recommendations used in the study:

ANH comments on the study and WCRF/AICR recommendations

These results from the EPIC study throw up a bit more evidence that simply confirms what nutritional scientists already know, and the food industry and governments often struggle to accept.  In fact the EPIC findings confirm that government advice is utterly wrong in several important respects.  This includes the fact that most people eat far too much in the way of starchy carbs and energy dense foods and sugary drinks.  If you look at the UK government guidelines specifically, you’ll see that it’s recommended that around one-third of our diet be comprised of starchy carbs and a further 10% or so from foods or drinks rich in fats or sugar.  If you add to that the recommendation that a further 25% of our diets include milk and dairy products, that are great for baby cows, but to which numerous people are sensitive and into which an enormous number of harmful ingredients are often added, you’ve got over 60% of the recommended diet coming from foods that might at best be of little value to our health, and certainly will not keep our waistlines in check!

Sorting the good from the bad

The WCRF/AICR recommendations include limiting energy dense foods, and the implication here is that all fats are bad for us.  This isn’t the case, and it is important that people know which are the good and bad fats.

Red meats as a group also get a bad wrap.  The data for this important source of protein is not treated independently from processed meats, like bacon, and the results are therefore misleading.  As we’re beginning to understand, the health effects of any food are strongly related to its specific quality.  That means the way it is prepared, cooked or processed, may have dramatic effects on our health.  If you carbonise (burn) red meat we know it comes carcinogenic.  If you process it and load it with nitrite preservatives, we also know it becomes carcinogenic. But does that mean a slowly braised steak from grass-fed, organic, beef cattle is always carcinogenic?  Probably not.

Western society’s over reliance on grains is still a problem, and the EPIC findings do nothing to change this.  Around 1% of the European population have full-blown coeliac disease and perhaps as many as 15-20% have some degree of intolerance to gluten.  And yet the WCRF/AICR recommendations and governments, continue to recommend we eat grains as if they were going out of fashion.  Our cultural ties to our food are very tight, and unhinging us from these associations that have been conditioned into us over the generations is a tough call.

What about physical activity?

On physical activity, the recommendations used in the EPIC study are very limited.  Sports science is rapidly revealing the importance of things like the timing, amount and frequency of food consumption in relation to different forms of physical activity, and these have a marked impact on health.  For example, exercising after an overnight fast – yes, you can skip breakfast! – and then eating adequate protein, healthy fats and some complex carbs from vegetables, for example, can be greatly beneficial to building both muscular strength and endurance capacity.

While EPIC and studies like it are beginning to show a pattern of what is required for living long healthy lives, we think there is now an urgent need to be looking at motivating influences that help individuals to become more compliant with appropriate dietary and lifestyle practices.  We need more and more individuals, who are already motivated, to show what levels of health can be achieved simply by their careful management of their lives – but for those who are still at the pre-contemplation phase, external influences and other sources of motivation are likely to be necessary.