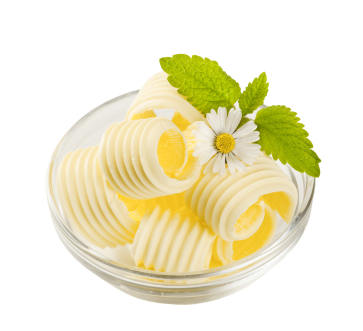 A sign of progress in nutritional scientific understanding from mainstream medicine

The mainstream media has been awash with stories about saturated fats not being the big dietary baddie it was once thought, following an editorial published in the British Medical Journal (BMJ) by a well-regarded mainstream cardiologist.  Most importantly, the message being communicated about saturated fats goes against the tide of prevailing dietary advice.  The article, entitled "Saturated Fat is not the major issue", is currently making headlines in mainstream news outlets in various countries.  Its author is interventional cardiology specialist registrar Aseem Malhotra from Croydon University Hospital, London.  In essence, Dr Malhotra has put another very prominent nail in the ‘saturated fat causes heart disease’ coffin.

Dr Malhotra's editorial comes hot on the heels of an Australian meta-analysis published by the BMJ earlier this year.  He also suggests that dietary advice and guidelines over the past four decades, recommending the removal of saturated fats from the diet in order to decrease cardiovascular risk, are flawed and have instead served only to increase the risk.  Dr Malhotra says: “Recent prospective cohort studies have not supported any significant association between saturated fat intake and cardiovascular risk.  Instead, saturated fat has been found to be protective”.

Ancel Keys' “Coronary heart disease in seven countries” study in 1970 initiated the demonisation of saturated fat.  Dr Malhotra comments, “This concluded that a correlation existed between the incidence of coronary heart disease and total cholesterol concentrations, which then correlated with the proportion of energy provided by saturated fat.  But correlation is not causation”.

The ‘lipid hypothesis’, which proposed that cholesterol in saturated fats is responsible for the buildup of plaque in atherosclerosis, thereby raising levels of low-density lipoprotein (LDL-C) or ‘bad’ cholesterol in blood readings, is increasingly at odds with the evidence.

While the statin industry is trying its damnedest to cling on to uses for statins, prescription of statins for cholesterol reduction will inevitably decline over time, as the scientific basis of this use becomes increasingly unstuck.

Pointing out that 8 million people in the UK take statins regularly — an increase of 3 million over 10 years — the author goes on to question the latest scientific consensus: “With 60 million statin prescriptions a year, it is difficult to demonstrate any additional effect of statins on reduced cardiovascular mortality over the effects of the decline in smoking prevalence and primary angioplasty”.

How to protect the heart

Dr Malhotra refreshingly highlights that avoidance of sugar is key to the prevention of metabolic syndrome, which he describes as, “The cluster of hypertension, dysglycaemia, raised triglycerides, low HDL cholesterol, and increased waist circumference”.  He clearly advocates the use of the Mediterranean diet, which he suggests is three times more powerful than taking a statin.

The weight of evidence suggests that the cardiovascular system needs protection from oxidative damage. Cholesterol lipoproteins, such as LDL, consist of a core of fats and fat-soluble vitamins, and these, as well as the delicate phospholipid cell membranes, can easily become damaged with poor diet and lack of exercise.  Saturated fats and antioxidants, as well as glutathione-boosting strategies and other key nutrients, are likely to be our best bet for protection.  For further information and advice on reducing your risk of ‘Cardiometabolic Syndrome’, see the recommendations in our ANH Feature: Are you one of the 60% eating yourself towards chronic disease?  See also our ANH-Intl Feature: Lifting the lid on edible fat fallacies.

While this is one of the first signs of significant progress in nutritional scientific understanding from mainstream medicine, it’s anyone’s guess how much time Big Food will take to do its U-turn.  Much of this will be dependent on how quick the public is to reject the low-fat/high simple carb frenzy that, along with increasingly sedentary lifestyles, has been at the heart (excuse the pun) of the chronic disease crisis since the 1970s.  One of the sad legacies of decades of inaccurate dietary advice being given out by governments and authorities is that much confusion is likely to persist.  Many people are baffled or just fairly bemused at the ongoing changes in tack — “butter is best…no, margarine is best… no, butter is best…”

As noted by Aseem Malhotra, “It is time to bust the myth of the role of saturated fat in heart disease and wind back the harms of dietary advice that has contributed to obesity”.

We believe that experiential evidence will become a major factor driving dietary shifts in the future.  Those of us who are experiencing major improvements in health, or staving off chronic disease for longer, simply by bringing together appropriate forms of diet, exercise, relaxation and non-drug therapy, may well end up having more influence on our peers’ behavior than advice meted out by compromised governments.