Home News Unseen and unsound: Why it’s time to cut down on food packaging 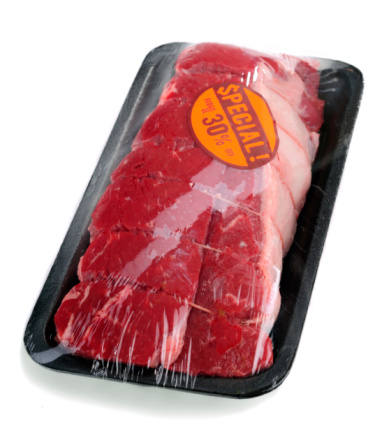 Unseen and unsound: Why it’s time to cut down on food packaging

A new report serves as a timely reminder that the modern practice of covering our food in endless acres of plastic may not be the best idea for our health. And yet, despite its measured tone, the report was painted as alarmist by an industry-friendly media. But should you be concerned and make efforts to reduce your exposure to food packaging of all kinds? Read on and make your own mind up. 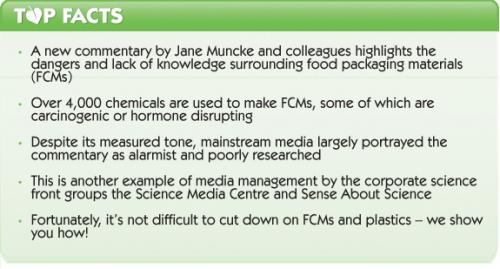 I’ve just finished my lunch (delicious, I might add). And I did my best: I bought it from the UK’s most principled supermarket, the organic-friendly Waitrose; the salad items were organic wherever possible – which is less than usual, as our local Waitrose in Dorking, Surrey is being rebuilt and the temporary store is tiny – and the resulting salad contained decent amounts of healthy fats, proteins and phytonutrients. Go me!

However, there was one tiny snag. Take a look at the photo below and see if you can spot it. 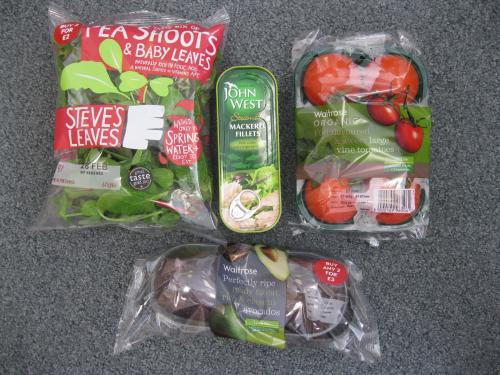 If you spotted that all that goodness was swathed in plastic, you clearly think along similar lines to Jane Muncke and colleagues, authors of a new commentary published in the Journal of Epidemiology and Community Health.

Contamination is everywhere at the moment – in more ways than one. Last week, we investigated the ‘nasties’ that may be lurking in your favourite food supplements and herbal products, and this week Muncke et al are on hand to remind us that food contact materials (FCMs) are “as ubiquitous as particulate air pollution...[they] have long posed a silent challenge to researchers concerned with human health, nutrition and the environment.” In their 2-page commentary, the authors make some sobering points:

Nothing to see here

Now here’s an interesting thing. This was not a particularly remarkable article – no high-profile authors, no original research presented, merely a brief commentary on an area that clearly needs further study – and the UK’s Guardian newspaper initially reported it as such. Strangely, a second article by the same journalist was published at 19.23 on the same day that the original article was posted, at 00.01 (click on the ‘Article history’ link for details). By this time, we were told that the Muncke et al commentary had been “roundly rejected”.

The intervening 7 hours was apparently enough for the Science Media Centre (SMC) to do its job. Three of the five scientists providing opinions for its ‘Expert reaction to food packaging chemicals and health’ were directly quoted in the new and ‘improved’ Guardian piece, all pouring entirely unreferenced scorn on the idea that FCMs could pose any kind of threat to human health. Prof David Coggon even declared that understanding of multiple chemical exposure “has advanced a lot in the past 15 years, and there is little to suggest that such combined exposures pose a threat to health” – a shockingly blasé attitude that appears unique to Prof Coggon. Once again, it appears that the SMC and Sense About Science (SAS) – the Tweedledum and Tweedledee of establishment, pro-industry science – have taken advantage of the appalling standard of modern journalism to counter a potentially threatening publication.

Cutting back on the plastic is easy

The organic movement is growing alongside the natural healthcare movement, and it’s no coincidence that they advocate avoiding man-made chemicals like pesticides or plastics, and detoxifying from them when necessary. It’s also no coincidence that pro-industry lapdogs like SAS and SMC expend huge amounts of energy attempting to discredit both movements, and related research like that by Muncke et al. The disgrace is that it is now screamingly obvious that something has to change, for the sake of ourselves, our children and our planet.

Fortunately, it’s easy to cut back on potentially toxic food packaging and plastics: