Home News The Chorleywood Process and the rise of Real Bread 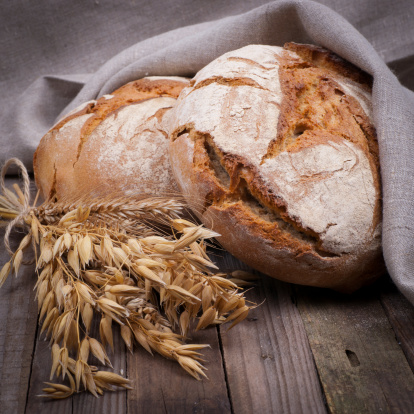 The Chorleywood Process and the rise of Real Bread

If you eat industrially produced &lsquo;bread&rsquo;, you might want to think again

Those soft, squishy loaves sitting so temptingly on supermarket shelves have very little to do with real bread. We take a look at the Chorleywood Bread Process used widely in the UK and increasingly elsewhere, a postwar leftover that is responsible for adding a host of man-made chemicals – and plenty of air – into most forms of store-bought ‘bread’. And if the details leave you wanting better bread, we give you some useful tools.

In the years following the end of the Second World War, UK planners were faced with the problem of how to feed millions of hungry mouths in a climate of postwar austerity. Fortunately, as it seemed at the time, the generous souls at the British Baking Research Association (BBRA) had a bright idea. Despite bread having long been a staple of the British diet, its mass production had been hampered by several factors, most notably the country’s reliance on imported North American wheat and the overnight fermentation required to obtain a dough suitable for baking. The folks at the BBRA decided to harness the wonders of 1960s chemistry to kill two birds with one stone: to do away with overnight fermentation altogether and allow lower-protein UK wheat to be used in place of its higher-protein US cousin. And thus, in 1961, the Chorleywood Bread Process (CBP) was born.

No time for fermentation

For obvious reasons, the CBP is also known as the no-time method – it reduces to 3.5 hours the time required to produce a loaf of bread from flour to sliced and packaged form.  Perhaps unsurprisingly, the CBP currently accounts for around 80% of UK bread production, and it has been enthusiastically adopted by countries such as India, Australia and New Zealand.

Over time, the character of the ingredients used in the CBP has changed markedly, although the sheer diversity remains. Until the 1990s, a cocktail of chemicals was employed, including the powerful oxidiser potassium bromate, the ‘flour improving’ properties of which helped to form stronger and higher-rising dough.  When potassium bromate was banned in the EU and elsewhere for being potentially carcinogenic, however, the BBRA changed tack and decided that another class of additives would do the job even better: enzymes.

Exactly which enzymes is another matter, thanks to two factors. First is a worrying lack of transparency in the supply chain: CBP enzymes are manufactured by a small number of global companies, which sell them on to a second set of companies that produce complex enzyme cocktails. These cocktails can be tailored according to each company’s wishes for the finished product. As our industry source explained, “You can’t tell me that any of this is traceable to its source. It could be from any source: it could be from waste, it could be industrial, it could be synthetic, it could be natural – we just don’t know.”

Secondly, assiduous lobbying by bread manufacturers has ensured that enzymes and other additives, known by the bland phrase ‘processing aids’, do not have to be listed on product labels. Despite this, we do know that these enzymes include phospholipase A2, fungal alpha-amylase – a known allergen that can cause ‘baker’s asthma’ and which has been detected in bread crust – maltogenic amylase, hemicellulase, transglutaminase and xylanase. Some additives may be innocuous or even beneficial, such as L-cysteine, a semi-essential amino acid (that is also produced within the body), originally derived for commercial use from human hair or feathers. By sleight of hand, because the European Union does not consider these ‘processing aids’ either as ingredients or additives, bread manufacturers are able to legally disguise their presence from the buying public.

It gets worse. Even with all of the chemicals and enzymes involved in the CBP, yeast (Saccharomyces cerevisiae) remains indispensable to baking and there is a clear cost motive for industry to obtain massive quantities of yeast as cheaply as possible. One way to do this is to create new strains of yeast that can grow on a huge variety of culture media. As a single-celled organism, yeast is ideally suited to genetic manipulation, and the bread industry has adopted a process known as protoplast fusion to develop new strains. As its name implies, the process involves fusing the naked genetic material, or protoplasm, of different yeast strains. And, since the CBP’s rapid, high-temperature mixing process kills yeast more rapidly than under normal circumstances, CBP breadmakers add excess yeast to compensate – meaning that GM yeast residues can easily find their way into the finished loaf.  Enzymes and soya flour can also be of GM origin.

And what’s the result of all this modern industrial wizardry? In short: huge, soft, squishy and very cheap loaves. Bread baked using traditional methods contains very little air and is consequently far smaller and denser than CBP loaves. It hasn’t taken long for the public in countries that use the CBP to become conditioned to huge loaves, with long shelf lives, that can be checked for freshness using the ‘squeeze test’.

There are two costs involved here. One is the very low cost to the public wallet of CBP-produced bread. The other, potentially far more expensive, is the cost to public health of basing its diet on an industrial product stuffed full of artificial and potentially dangerous ingredients. “Look what’s happened since the Chorleywood Process was invented in the 1960s,” points out our industry source. “We have rising obesity and a huge rise in coeliac disease, and there may be a link – people eat a lot of bread! It’s just not possible to make something digestible from grains in 20 minutes. If you want to make bread from grains you have to ferment it. If you just do chemical leavening instead of natural fermentation, it’s just not digestible.  Frankly, the Chorleywood Process is bad for health, bad for jobs and bad for the high street because it’s bad for the baker.”