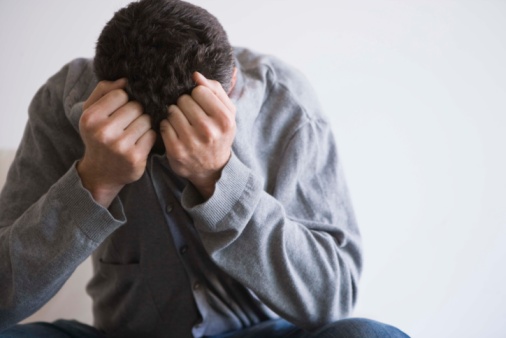 As depression hits the news once again, and the number of worldwide depression sufferers continues to rise inexorably, new and effective approaches to treatment and management are clearly needed. Fortunately, a number of strategies already exist – no drugs required!

The ‘monoamine hypothesis’ of depression

Why do people suffer from clinical depression? Or more accurately, what is the underlying biological mechanism in people who suffer from clinical depression? The well-informed public, along with most healthcare professionals, would cite an imbalance of brain chemicals known as neurotransmitters. The recognised neurotransmitters involved in depression are serotonin, noradrenaline (norepinephrine) and dopamine, levels of which are manipulated by antidepressant medications.

‘Disease mongering’ from day one?

It’s not difficult to understand why. The theory basically arose in reverse: rather than an experimentally testable hypothesis developing from systematic examination of a biological system, the monoamine hypothesis sprang from observations of improvements in depressed patients given monoamine drugs. In other words, pharma was there from the very start.

Professor Peter Götzsche, author of the must-read book Deadly Medicines and Organised Crime: How big pharma has corrupted healthcare cuts to the chase in an enlightening article that deconstructs 10 myths of psychiatry. Myth 1 is “Your disease is caused by a chemical imbalance in the brain”; Prof Götzsche continues, “Most patients are told this but it is completely wrong...the theories that patients with depression lack serotonin and that patients with schizophrenia have too much dopamine have long been refuted...There is no chemical imbalance to begin with, but when treating mental illness with drugs, we create a chemical imbalance, an artificial condition that the brain tries to counteract...Our citizens would be far better off if we removed all the psychotropic drugs from the market, as doctors are unable to handle them.”

So if the ‘chemical imbalance’ theory is, at best, an enormous oversimplification, the question remains: what causes clinical depression? There are plenty of candidates out there that doubtless work in combination to produce clinical depression, but huge amounts of evidence are piling up to support crucial roles for the gut, gut bacteria and our relationship with microbes in the world around us.

The bane of the ‘grain brain’ brain drain

Increasing numbers of people, including mainstream physicians, are recognising that gluten is a health no-no responsible for an ever-lengthening roll call of problems – regardless of the presence of full-blown coeliac disease. As a dietary staple consumed several times a day in Western countries, wheat is a particular problem. In short, wheat and other gluten-containing grains trigger a cascade of biochemical inflammation that can manifest as such disparate conditions as urticaria and rhinitis, dermatitis herpetiformis, type I diabetes, rheumatoid arthritis, inflammatory bowel disease – and depression.

Research demonstrates an independent association between gluten and depression in patients with non-coeliac gluten sensitivity (NCGS). Furthermore, adhering to a gluten-free diet significantly reduces depressive symptoms in patients with full-blown coeliac disease, in whom depression is over-represented compared with the general population. Dr David Perlmutter’s book Grain Brain is a great source of information on this topic, and The Gluten Summit really takes things to the next level.

Perhaps the most important mechanism by which wheat and gluten give rise to inflammation is increased gut permeability. A so-called ‘leaky gut’ results in gut bacteria and other molecules that should be restricted to the digestive tract passing through the intestinal wall and into the bloodstream. Not surprisingly, these unwanted visitors set up all kinds of autoimmune biological reactions in the body, most of which have inflammation at their core.  Logically enough, since depression is an inflammatory condition, anti-inflammatory compounds such as curcumin – from turmeric – are proving at least partially successful in early clinical trials.

According to researchers such as Professor Charles Raison, however, the role of bacteria in clinical depression may be even more crucial. You may have heard of the ‘hygiene hypothesis’, which suggests that our present obsession with sterility and germ-free environments, and our over-use of antibiotics in particular, lies at the heart of numerous health problems. We’re just too clean, basically. Taking the hygiene hypothesis a step further, Prof Raison believes that our co-evolution with many species of environmental microbes trained our immune systems to tolerate constant, low-level immune challenges from these very organisms. He named his theory the ‘old friends’ hypothesis to acknowledge the benefits we receive from our invisible neighbours.

By taking our ‘old friends’ out of the equation through constant antibiotic use, says Prof Raison, we have broken a key line of communication between our immune system and the environment. The ‘atomic bomb’ of our innate immune system has taken over at the expense of the ‘stealth sniper’ of our adaptive immune system; an energy-intensive, messy recipe for systemic inflammation – and its consequences – over the long term. Prof Raison’s current research aims to treat patients with depression by reducing inflammation, using such strategies as whole-body hyperthermia.

Intriguing research by Dorothy Matthews and Susan Jenks of The Sage Colleges in New York not only adds weight to the concept of communication between environmental bacteria and ourselves, but hints at a mechanism for why gardeners find their craft so uplifting. When the researchers gave mice food laced with the soil bacterium Mycobacterium vaccae, they found their way through a maze twice as quickly as normally fed controls. What’s more, they exhibited less anxiety-related behaviour, and the effects persisted for a week. The Sage research built on previous work from the UK, which found that heat-killed M. vaccae or its components increased serotonin production from certain brain areas. Since it’s unlikely that these effects are limited to M. vaccae, simply going into nature and breathing the microbe-rich air will produce an antidepressant effect. No wonder that the evidence indicates that outdoor exercisers reap more wellbeing benefits than gym bunnies!

Depression may also be caused by direct communication between our brain and our gut, often termed our ‘second brain’. Current research points to three coexisting and complementary mechanisms through which our gut talks to our brain (Figure 1): via neurotransmitters such as serotonin, via signalling molecules known as cytokines and via the vagus nerve. Now that science is catching up with natural healthcare by recognising that diet can alter the microbial population in the gut, a clear mechanism exists for how a disordered gut microbiota, AKA dysbiosis, could contribute to or even cause depression. And, since it’s a two-way communication channel between gut and brain (Figure 1), it’s easy to see how stress contributes to depression by driving alterations in gut flora and inflammation. 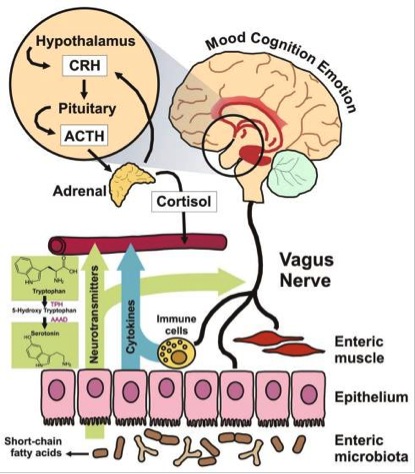 Figure 1. Mechanisms of bidirectional communication between the brain and the gut. Taken from Grenham S et al. Front Physiol 2011;2:94.

As initiatives like the Human Microbiome Project (HMP) confirm the incredible number and variety of micro-organisms that share our bodies, it becomes clearer that each human being is an individual universe teeming with life. Indeed, what does it mean to be ‘human’ when commensal bacteria outnumber our cells by more than 10 to 1? As common sense should tell us, and as science is now confirming, human beings cannot operate to their fullest in the absence of direct interaction with the external universe – the infinite richness of nature itself.  Just as importantly, the evidence is building that simple changes to diet and lifestyle have the potential to make enormous differences in people with clinical depression, without the need for drugs of any sort.  So why not prioritise your nutrition, include regular outdoor active time and perhaps consider trying your hand at growing your own depression-busting, edible mood garden?