Home News BBC lights up with Doctor in the House 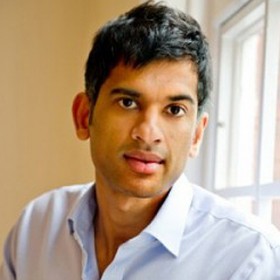 BBC lights up with Doctor in the House

Last Thursday at 9:00 GMT, the first of three-part landmark series, Doctor in the House, went to air on BBC1 television. In it, NHS GP, functional medicine practitioner and Nuhealth2 conference think tank participant, Dr Rangan Chatterjee, lit the touch papers that could be an important trigger for how chronic diseases such as type 2 diabetes, heart disease and obesity are managed at the coal-face of primary care. The approach is equally relevant for mental health issues such as depression and anxiety, now rated by the WHO as the single greatest burden on healthcare systems the world over.

Diet and lifestyle, not drugs

In episode 1, still available (at the time of writing) to UK viewers on iPlayer, Rangan did something most doctors don’t get a chance to do, at least outside their own homes. He lived with a family and changed their lives, by reducing or eliminating drugs, changing diets and altering lifestyles. He showed how time combined with a connected, systems and functional medicine approach towards the individual’s health, could resolve type 2 diabetes in a month. That just doesn't happen among the millions who are prescribed Metformin. Dr Chatterjee also showed how he could approach the complex issues surrounding hormonal changes at menopause without resorting to HRT.

What the critics say

The program has received a lot of praise. It will give a lot of people hope and show just how important dietary and lifestyle changes can be to the recovery of health particularly in cases of chronic disease. Dr Chatterjee was also fully expecting detractors. It goes with the territory when you have the resolve of Dr Chatterjee, with so much enthusiasm to see change in a system that is as intertwined with pharmaceutical interests as present-day mainstream primary care. But that’s a good sign, not a bad one. The debate, at least in the UK, is out in the open with over 6 million people being exposed to the series.

Writing in The Times, Andrew Billen wrote “While in theory one is in favour of people taking responsibility for their health, there was something distasteful in the way this far from stupid family was guilt-tripped into doing so. Next let’s parachute a teacher into some struggling family and voyeuristically enjoy her lectures on how dad should be supervising his children’s homework and mum should be ‘reading more.”

Everyone is of course entitled to his or her opinion. One of ours relates to our concerns over people being over-prescribed drugs for type 2 diabetes, obesity, depression and other chronic diseases that often don’t work and contribute to a host of serious side effects, even death.

The other predictable criticism has come from the anti-low carb brigade, headed of course by the dieticians. With relatively few exceptions, these healthcare professionals, who have been delegated responsibility for nutritional matters by mainstream medics, still see fit to feed cancer patients ice cream. They also fail to accept copious evidence for the benefit of wheat and dairy exclusion among huge swathes of the public. So it is no wonder Dr Chatterjee finds himself in their cross-hairs, even if he is resolving problems they’ve been stuck on for decades.

More constructive criticism could have been related to how you factor in sufficient time to deliver the kind of functional medicine approach that Dr Chatterjee uses. As it happens, an awful lot of thought has gone into that issue by a lot of different doctors and experts around the world, including Dr Chatterjee himself. But it’s not good fodder for programs like Doctor in the House so you won’t see it discussed there. But it is an issue with which we grappled during our Think Tank deliberations in March this year, in which Dr Chatterjee participated.

Those who only follow Dr Chatterjee on BBC1 will get a limited view of the scale of issues a doctor like Rangan Chatterjee is up against in trying to contribute to a groundswell of change in primary care. You won’t, for example, see some of the supplements that are vital to help restore health being used, nor will you hear the term ‘functional medicine’ mentioned. We hope both the article we link to below and the video we release today might help you understand more about his drivers. The good news: Dr Chatterjee is not alone. There are more and more GPs who are disenfranchised with the state of chronic disease care and the myopic nature of their training — and want to see change.

Health journalist Jerome Burne, another ANH friend and frequent contributor to the Daily Mail newspaper, interviewed Dr Chatterjee. For “one of those frustrating reasons”, Jerome’s interview didn’t make it to the newspaper. Thank goodness for the relative freedom of the internet: you can read Jerome’s full article that should have been published in a major newspaper on Jerome’s site, Health Insight UK.

We also release today a short video of excerpts from Dr Chatterjee’s revealing contribution to the Think Tank debate we co-organised with our friends at Yes to Life last March.

UK viewers, don’t forget to see episode 2 of Doctor in the House at 9 pm tomorrow. Remember: no TV dinners!