Home News EU ‘in’ or ‘out’: potential impacts on natural health in the UK 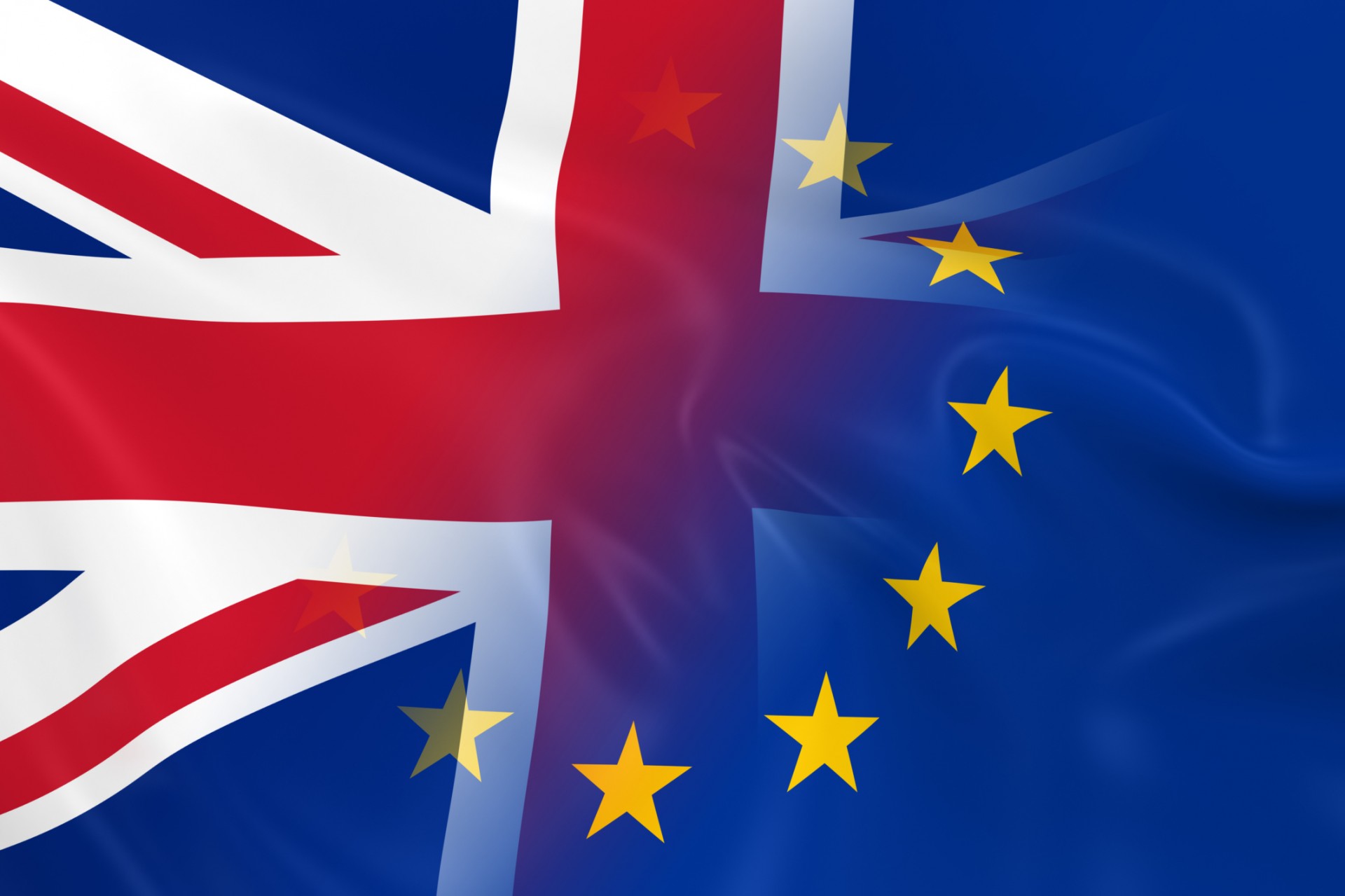 EU ‘in’ or ‘out’: potential impacts on natural health in the UK

British Prime Minister David Cameron has put his country on notice to determine by referendum the UK’s future in relation to the EU on Thursday, 23 June. All the news wires are jammed with chatter about it. David Cameron may be remembered as the PM who renegotiated the UK’s relationship with the EU, perhaps even triggering significant reform. Or was he the PM who had to leave office because he no longer had the support for the majority of his country which made clear it wanted out of the EU.

Last Thursday, 18th February, I was asked to give the Jack Noah Memorial Lecture at the 2016 Lecture and Lunch of the Health Food Institute (HFI) in London. The HFI is the key professional body promoting training and excellence in the UK health food industry.

In essence, I made a case for why, putting aside the threat of restrictive regulation, there’s never been a more relevant time for natural health. I showed how the ‘omics’ revolution and epigenetics provided the ideal scientific backdrop for this sector. I laid out a roadmap for how concerted collaborations and strategic partnerships between health stores, a diverse array of healthcare professionals and lifestyle coaches, personal trainers and gyms could provide one of the most crucial community-based health services, at a time when chronic conditions and diseases of ageing were at risk of breaking the National Health Service (NHS).

There was no need to wait and seek approval by health authorities – the grassroots were already gagging for it and had yet to be dissuaded by paid-for anti-natural health headlines intended to make the masses lose their ‘faith’. 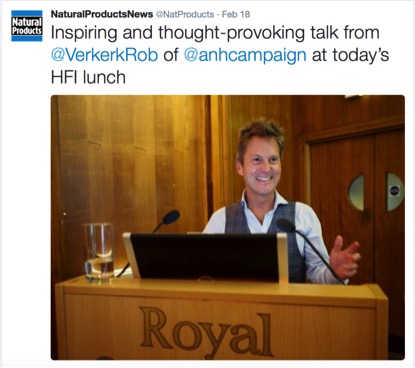 You can’t escape the regulatory threats, but you can stand up to them, resist them and even defeat them some of the time.

Stand up and be counted

During my talk, I emphasised the importance of challenging regulatory decisions where national authorities had been over-zealous in their interpretation of the law. The courts need only be used as a last resort, and a lot of the time regulators need to be educated as to their legal capacities and the surrounding case law. This tactic helps to build a system of precedents that makes for a more secure, proportionate and level playing-field for operators within the sector.

Being paralysed by fear or refusing to engage because of a condition we sometimes refer to as ‘regulatory burn-out’ is no way forward. We must face, eye to eye, the double-headed monster of bean-counting, prejudiced regulators with our sharpened tools, imbibed in the most erudite of human rights, constitutional and competition law, laced with a thorough understanding of the relevant science.

I explained how this approach was proven to deliver results and companies working cooperatively with it were the ones benefiting, moving forward, expanding their markets and the myriad opportunities provided by the emergence of epigenetics and other health sciences that were putting nutrition and lifestyle medicine in the hottest driving seat in healthcare.

Regulatory nooses ‘made in EU’

Nearly all of the most restrictive and limiting legislation facing UK operators in the natural health sector emanate from Brussels. Any product deemed 'too effective' can be arbitrarily classified as an unlicensed drug given the super-wide remit of EU drug laws. An innovative extraction process applied to a herb, especially one that has historically been used primarily outside of the EU, can be arbitrarily classified as a non-authorised novel food. These are the two big roadblocks for products. But for commercial operators to flourish in the marketplace, they need to be able to communicate the benefits of their products to consumers based on the available science. That’s where the EU’s defective Nutrition and Health Claims Regulation bites. This law, affecting all operators in the 28 EU member states and half a billion strong population, now specifically bans over 2,000 health claims that have long been made on food and ingredients used in food supplements.

€64 million question: ‘Is Brexit better for natural health in the UK?”

Unsurprisingly, when I finished my presentation at the HFI, one of the senior representatives of the UK industry asked the inevitable: “Would we be better off exiting the EU?”

For a moment I felt like a politician, one who’s trying to tread the fine line that serves to avoid alienating huge swathes of the electorate. The momentary pause preceding my answer was however not any attempt to withhold my views, it was linked to how best to communicate the juxtaposition of facts as we know them.

Once my thoughts were gathered, my answer went something like this. If I had any confidence that the British regulators were free thinking, liberty-minded individuals whose recent form was merely the result of EU laws having been enforced on them, I would have said simply and unequivocally: exit and remove the burden of those infernal EU laws.

But I have spent too much time looking into the whites of those eyes, seeing how the UK regulators have been among the key draughtsmen of EU laws, and how they have become the ultimate ‘gold-platers’. The worst excesses of ‘bean-counting’ and most restrictive possible interpretation of laws I had witnessed have come courtesy of UK regulators, especially those from the MHRA.

The ultimate irony in all of this, as well as being something of a curved, back-spinning ball, is that the most effective resolutions to UK restrictions on products have been informed either by case law from the European Court of Justice or from evidence of safe use and ‘mutual recognition’ in Continental Europe. You can’t make this stuff up!

The fact that these justifications are presently the most useful tools available to those of us passionate about natural healthcare is of course, in itself, not necessarily sufficient reason to stay ‘in’, so aligning with the Britain Stronger In Europe campaign.

But there is far more at stake than just natural health, and it’s interesting that Chris Grayling MP, leader of the House of Commons and a long-standing critic of unfair EU restrictions against natural health, was the first member of Cameron’s cabinet to indicate his intention to campaign for ‘Brexit’.

Huge uncertainties exist either way. Exiting will do a lot more than saving the £10 billion annual payment into EU coffers. Some big business leaders are still convinced that the returns make it worth it, the ‘in’ campaign perhaps optimistically estimating the return as around £10 for every £1 invested.

While the UK would lose its seat as a single voice on the EU’s now crowded 28-seat table, it would reclaim some of its long-lost sovereignty. Cameron wasn’t up for joining the Eurozone or sharing police forces or armies, but the trade arrangements would always mean playing the game with the 40,000 or so directives and regulations born in Brussels.

Would exiting mean that London would lose its status as a financial capital, or could it become strengthened, morphing into a Western version of Singapore in the process? How much can we learn from the experiences of Norway and Switzerland? Interestingly, both have chosen to harmonise a good many of their laws with the EU in any event, and neither have had too many issues forging trade deals either with the EU or other countries further afield. It's worth remembering also that both Norway and Switzerland have specific regulations affecting natural health that are more stringent than some in the EU.

The questions you can generate by thinking through the possibilities are almost endless. Would the Scottish sign up for the EU independently of England or Wales? Would access to the single market of the EU really be lost following an exit? And what about the new trading relationships that can be forged with more distant lands, currently out of bounds for those entrenched in the ‘united states’ of Europe.

While no one can purport to having 20:20 vision over the current uncertainty that abounds – should the British public vote on 23 June to exit:

Making a decision to ‘get out’ or ‘stay in’ is probably not one that should be made on the basis of what we think might or might not happen to natural health or commercial freedom of speech alone.

We should probably be thinking bigger picture. We should pay due attention to issues like sovereignty and self-determination. Britons need to think about the kind of place they would be happier to bring up future generations. If the UK decides to exit, one thing is for sure: The real work will really need to begin. It will require huge, democratic pressure from the people to keep the now-isolated pen-pushers on track, working as servants to civil society in the manner originally intended when the Westminster system and democracy was first born over 900 years ago.