Addressing obesity is a pressing issue for governments the world over. But instead of reforming nutrition advice and education in line with current science and clinical experience, they’re relying on the industry at the heart of the problem to resolve the issue for them. The result of this cop out is Big Food making minor reformulations to their ultra-processed products to lower calorie counts, reduce sugar and masquerade the products as ‘healthier’.

Sadly, the majority of reformulations to sweet foods and drinks are focused on switching out the sugar for artificial or so called ‘natural’ sweeteners.

Our second article for June’s Throwback Thursday reminds us why ‘Big Food’s artificial sweeteners are killing us’ and are part of the problem, not the solution.

Wouldn’t it be wonderful if it was just love that made the world go ’round. It certainly makes it a much nicer place to be! But actually, it’s energy that powers everything in our world. And it’s no different in our bodies. The question of where energy comes from—is it sustainable, who controls it and is there enough of it—has been the subject of conflict for thousands of years. Energy is still pretty much centre of the world stage today. And it’s no different for our bodies. So what happens when you replace one of the body’s age-old energy sources with a new-to-nature look-alike that packs no punch? Possibly, a hungry brain and complete implosion of the complex internal energy system that has ensured the survival of humankind thus far.

And this is exactly what can happen when sugar is replaced with non-nutritive sweeteners (NNS). 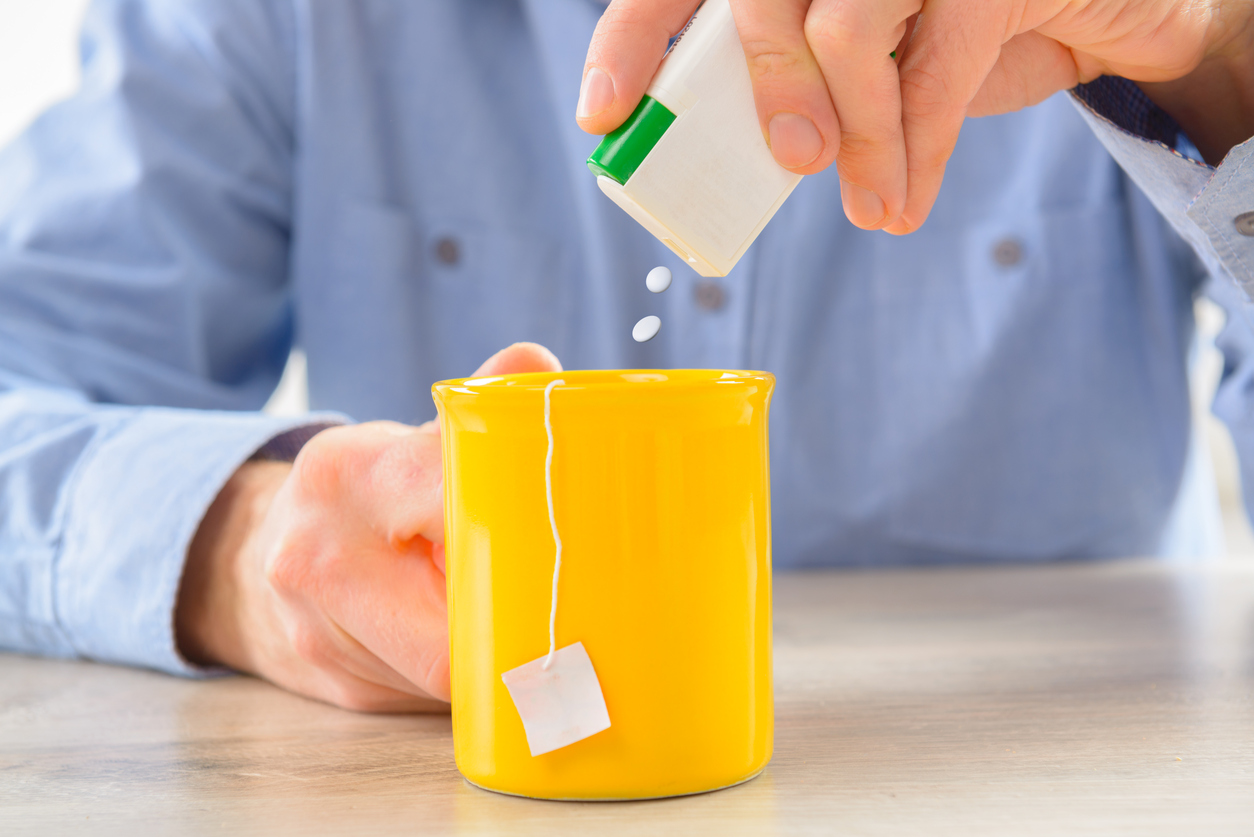 In the competition for energy resources in the body the brain is selfish. It normally has first dibs on the available energy because of its high-energy consumption and low storage capacity. At least until you have an immune challenge, when the immune system temporarily assumes leadership of the energy supply. Disorders in the brain’s energy demand process can influence the allocation of energy and create changes in body mass. Research from Brazil has confirmed the long-held suspicion that significantly more weight gain occurred in physically restrained laboratory rats fed with saccharin or aspartame, as compared with sucrose.

Whilst the Brazilian researchers speculate that the weight gain is down to a decrease in energy expenditure or an increase in fluid retention, brain chemistry could be pointing in a different direction. Glucose is the reference for the sensory area of the hypothalamus that tells you when you’re satiated (full). Glucose is less sweet than sucrose or fructose, having a ‘sweetness factor’ (a measure of relative sweetness) of 0.7, as compared with 1.0 for sucrose and 1.2 for fructose. Dietary carbohydrates, such as glucose and fructose, yield the same energy; about 4 kcal of energy for every 1 g.

Can sweeteners make you fat?

Throughout evolution the brain has become accustomed to the fact that the sweeter a food, the more calories it’s likely to yield. So it’s adapted to ‘expect’ more calories from sweet foods. Non-nutritive sweeteners available today (saccharin, aspartame, stevia, sorbitol and xylitol to name a few) pack an enormous wallop of sweetness, but no calorific reward to go with it. This creates a situation in which the brain is literally expectant and never reaches satiety, creating cravings to keep eating.

Increasing obesity rates and the recognition that carbohydrates play a star role, has meant that Big Food can cash in by developing a rash of new-to-nature, chemically manufactured NNS intended to free you from your sugar demons. What the manufacturers of these products don’t seem to have done first is study evolutionary anthropology or brain chemistry! The long-term use of NNS in a large sector of the population means that you are likely to crave carbohydrates (sugar) and need to keep eating them because the brain thinks it’s starving. The irony is that this induces energy allocation to the peripheral tissues, while leaving the brain hungry.

Stevia and the Amazonian Indians

What about ‘natural’ sweeteners, are they any better? Stevia, in the isolated form that we find it on our supermarket shelves, is around 160 times sweeter than glucose, but is basically energy-free. Whilst stevia is derived from a natural source, Stevia rebaudiana, and particularly one molecule within it, RebaudianA or RebA, is primarily responsible for the sweetness sensation. It’s the isolation and concentration of this sweetness molecule in stevia that makes it such an effective sweetener because all the other bitter factors have been removed. While it’s a triumph for the chemists, if you add it to a large part of your food and eat it every day, it will be no better than saccharin, aspartame or other NNSs. The bottom line is that stevia’s impact on your body, the confusion of your senses, and the likelihood of it leading to weight gain, works in the same way for all the NNSs. Amount (i.e. sweetness), frequency of use and duration of use are among the most important factors affecting if the overall effect will be neutral or negative.

An interesting aside is that stevia has long been regarded as a sweet reward for the Amazonian Indians. But they have always eaten the whole leaf. They receive the sweet reward on first chewing, but as they continue, bitter substances are released that work in synergy with the sweet molecules turning into a healing herb. There are some Western manufacturers who understand this and are using full-spectrum stevia, and not just the isolated RebA. Those who use full-spectrum ‘steviosides’ make this clear on the labelling of their stevia products. 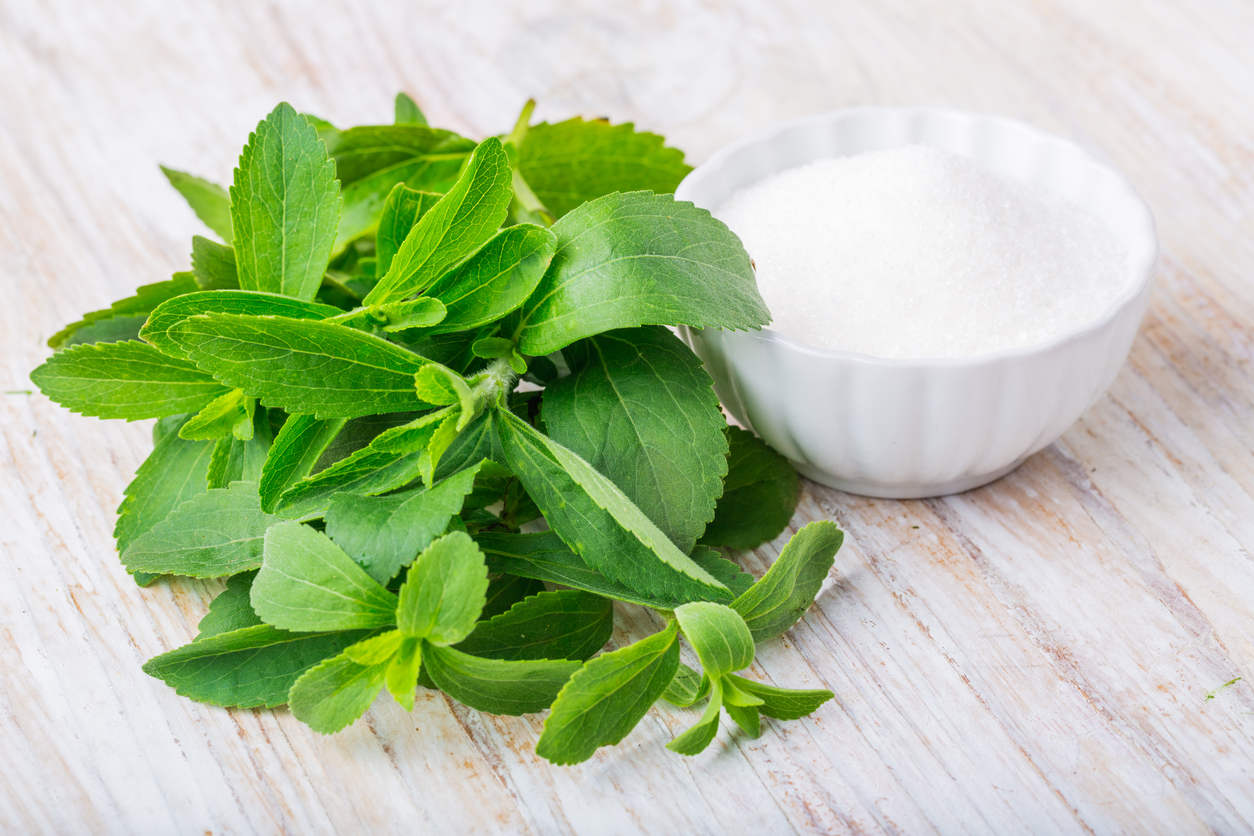 As one of our evolutionary rewards, food intake should silence the stress axis. It has always been one of our evolutionary rewards. When we were hungry our stress levels went up to signal that survival was at stake. If we were lucky enough to successfully hunt or gather we ate and our survival was assured. Our stress was silenced by the reward of food and it still is, hence the need to ‘comfort eat’. Fuelling the stress axis is very energy demanding so it follows that, in evolutionary terms, the quicker it could be silenced, the better.

Although the brain represents only 2% of body weight it can consume between 25-65% of the circulating glucose. Demand increases according to the challenge, where around 12% more glucose is used during mental activity and an active stress axis creates further need. There is a very finely balanced ‘push-pull’ mechanism that the brain uses to ensure enough energy for itself and the peripheral tissues.

When the push-pull mechanism is working well then the body maintains a state of systemic energy balance or homeostasis. However, in order to do this, the brain must be able to pull glucose from the rest of the body across the blood brain barrier. If the brain is unable to do this, more glucose is left in the peripheral tissues and the brain starves. It compensates for this by creating more hunger and cravings for sweet carbohydrates to access the glucose it desperately needs, but can’t pull from the body. If the surplus circulating energy is not used, then the body has no choice but to store it as fat.

The use of NNS can disturb and disorder this mechanism until the brain loses its ‘pulling power’. Then the only option is to literally ‘push’ energy into the brain by eating more and more food and accessing the energy from stored fat. This loss of pulling power pretty much guarantees central obesity (fat around the middle), because it is the only fat that can be used by the brain for energy. 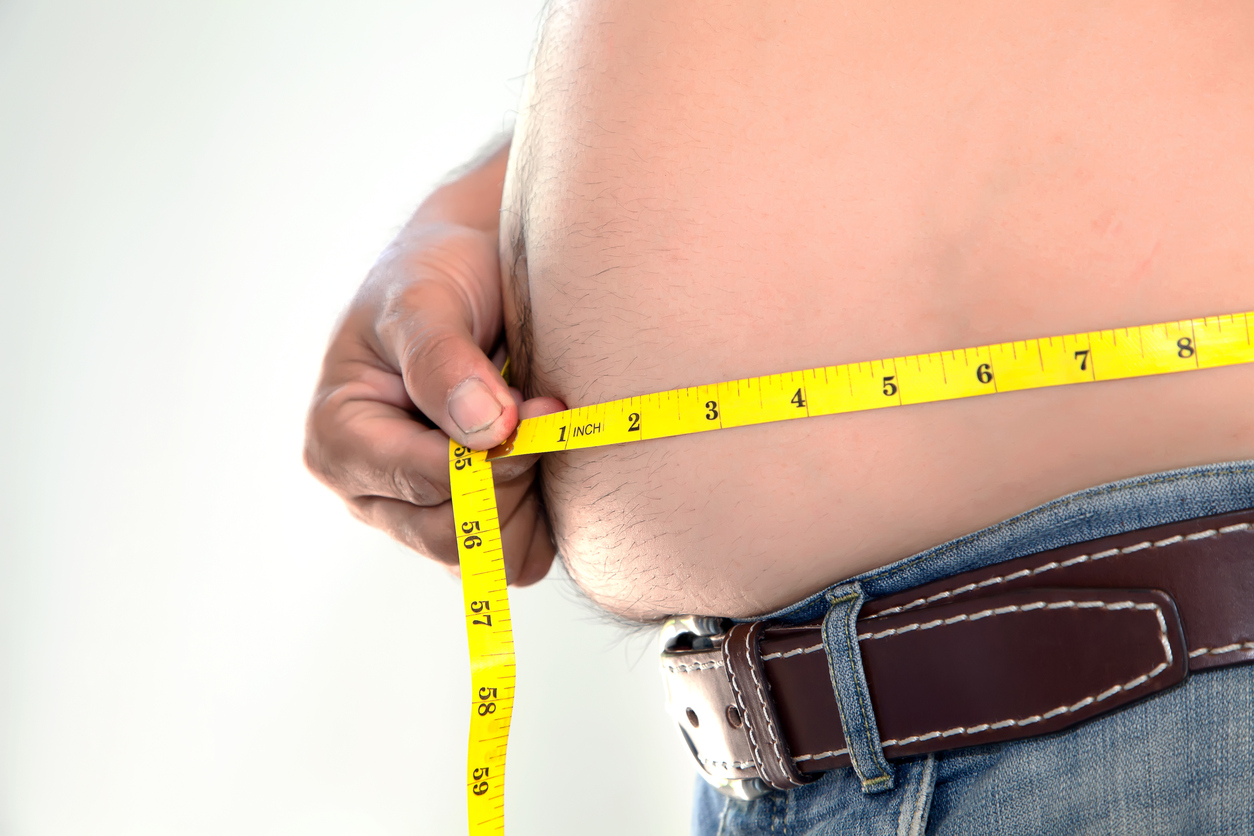 Ironically it is often people who are already overweight, insulin resistant or type 2 diabetic who turn to sweeteners in an attempt to keep their sweet pleasures guilt-free. But the damage may already have been done in terms of loss of the brain’s pulling power through previous abuse of refined carbohydrates. The use of sweeteners then just compounds the problem adding to the cravings, weight gain and increasing inflammation in the body. This inflammatory body type can exacerbate sleep problems, pain and immobility, insulin resistance and degenerate further into chronic disease.

Staying out of the vicious spiral

Take heart that a bit of sugar and sweetness won’t kill you. However, a lot might. Everything that has a benefit also has a risk and sugar is no different. Glucose is the brain’s energy fuel of choice. Many sugars yield glucose when split by a process called glycolysis and, so important is it, that the body has many processes to produce it and use it.

Eating a healthy diet packed with vegetables and some fruit will yield sufficient glucose for normal activities. However, we can definitely handle the odd spike of refined sugar, but just not on a daily basis or, worse still, multiple times every day. For a large majority, especially the young, snacking on sweet foods and beverages, both between meals and after meals, has become the norm. Sugar eaten with adequate fat and protein will slow its spiking effects down too. So if you want to reward yourself with something sweet (and you’re not a diabetic), don’t reach for the artificial non-nutritive sweeteners. Consider your brain and go for a bit of the real thing, but make sure you eat it alongside some good quality protein and fat. Then see how long you can go before you need to treat yourself again!