Home News 2022: Our Year of Reckoning 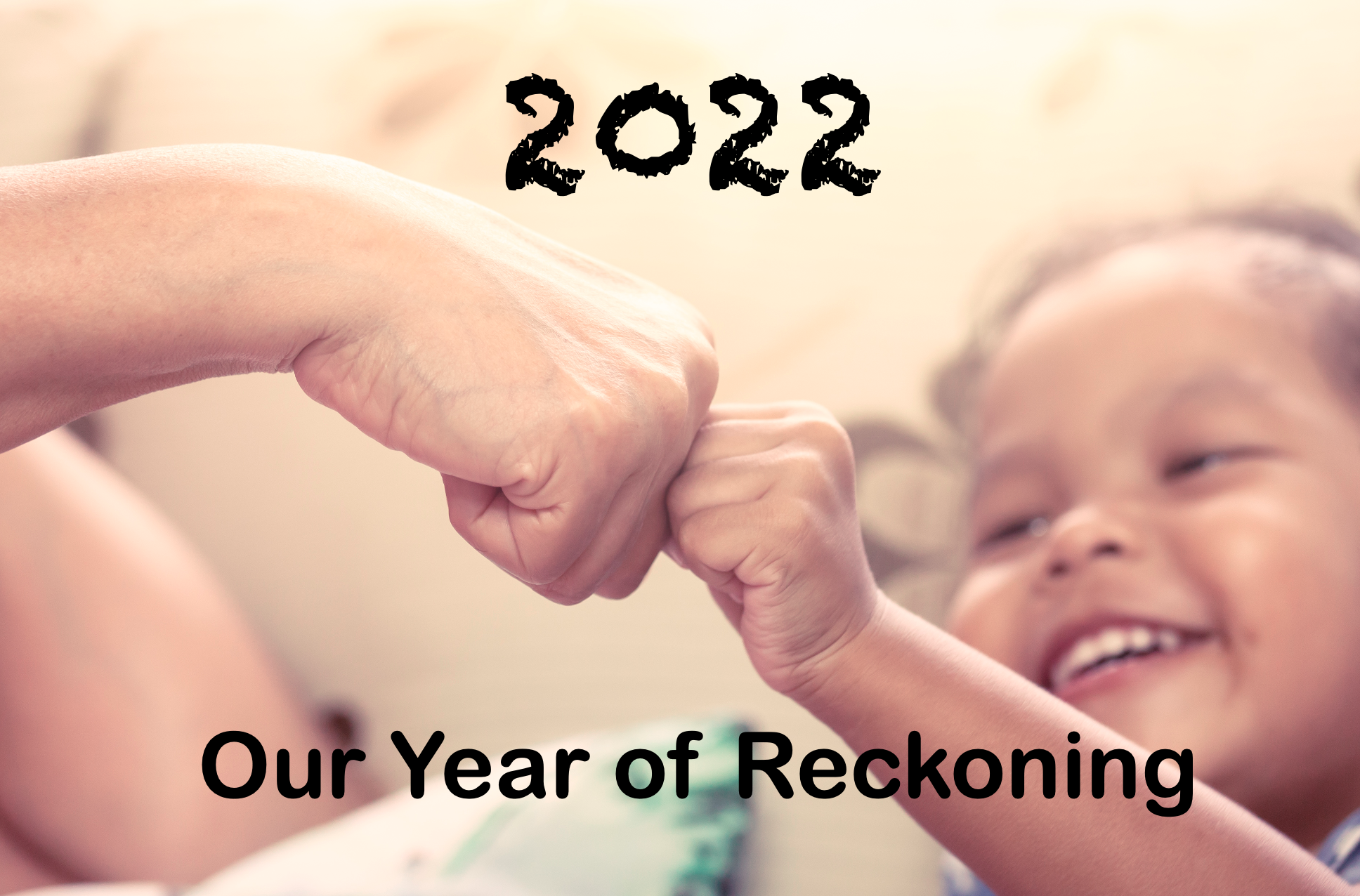 Let’s be inspired to prepare ourselves to confront what we know is ahead of us. The effort will be worth every ounce of energy expended

If there’s one characteristic that has already begun to define the first days of this year – it’s the tendency for authorities to make pronouncements that are immediately read as false or misleading by a rapidly awakening public.

Sorry – we don’t believe you!

Take Australian PM Scott Morrison’s pronouncement that world tennis number one Novak Djokovic needs a different kind of exemption to avoid having a covid jab, so he doesn’t pose a risk to the Australian public that are catching omicron regardless of their v-status. Seriously, Mr Morrison! Let’s hope that many will boycott the Australian Open, a strategy we’re advocating with our colleagues at the World Council for Health.

What about New York Attorney General Letitia James’ cease and desist letter to the doctors in the Frontline COVID-19 Critical Care Alliance who’ve been told to stop prescribing ivermectin to New York residents or face a $5000 fine for each ‘offence’? James’ justifications, including that there was no evidence that ivermectin worked, that the National Institutes of Health (NIH) determined there was insufficient evidence to recommend ivermectin and that ivermectin intended for human consumption posed significant health risks – were among her many false claims. More people are likely to believe the doctors who’ve been busy saving thousands of lives, risking their jobs and careers in the process.

It would be remiss to not mention Dr Tony Fauci’s unwavering claims that he played no role in gain-of-function research at the Wuhan Institute of Virology and that SARS-CoV-2 originated naturally in a population of bats. Claims that are systematically dismantled in Robert Kennedy Jr’s newly released opus, The Real Anthony Fauci (2022).

Then, what of the ‘mass formation hypnosis’, as put forward by Belgian psychologist Dr Matthias Desmet, as well as Drs Bob Malone and Peter McCullough, that causes a silent majority to blindly follow the defective groupthink of world leaders? Is it actually some kind of far-right anti-vaxxer construct? Hardly. This kind of human behaviour is in fact very well charted under specific circumstances, all of which have been ongoing over the last two years. While Matthias Desmet has done a lot to expose the nature of the psychological abuse to which the public has been exposed since coronavirus-induced fear assaulted us in March 2020, US-Hungarian psychologist Dr Ervin Staub, showed how the human condition could be abused in this way as early as the 1980s. Dr Staub explained how this psychosis could cause so many to become perpetrators or silent bystanders, leading to previous genocides such as in the Holocaust, or more recently in Rwanda and Bosnia.

Expect to be victimised, just don’t be afraid

Victimising the out-group remains the dominant technique being used by our oppressors. But it will increasingly fail. It was Ronald Reagan who apparently said: “Evil is powerless if the good are unafraid”.

Those of us in the ‘outgroup’ are especially easy to target because we’re easily identified, even the children among us who’ve decided they’re had enough.

We often won’t wear masks, we won’t run endless numbers of lateral flow tests, we’ll prefer to use home treatments with nutrients, herbs and ivermectin than blindly accept the prescription from our local hospitals. Our main sources of information are not the mainstream media, and — probably most obviously — many of us won’t consent to receiving covid jabs each time our health authorities tell them to get in line and lift their sleeves in the absence of any evidence that the jabs meet a justifiable personal or public health need and don’t expose us or our children to unnecessary harm.

Once awakened, we stay awake

Once there is a critical level of awareness among the public, this victimisation is counterproductive to the ‘ruling’ in-group. Those who are awake never cease to be awake – the flow is in one direction only. From this point onwards, the more pressure we’re placed under, the less likely we are to buckle and the more likely we are to resist the pressure – to stand up against senseless authority that seeks to force us to give up every one of our hard won freedoms.

2022 will likely become the great year of reckoning. Compared with 2020 and 2021, many fewer this year will buy into the deception offered through the mainstream narrative. Many more will not only feel that something isn’t right, they will increasingly be able to identify where the lies and deception stem from.

They will recognise that if we don’t stand up now, we will lose our liberty, our democracy, and our inalienable human rights, potentially for generations.

We have the tools – let’s use them

Our most powerful weapons include our ability to resist non-sensical requests or mandates forced upon us by those who’ve appointed themselves as the masters of our destiny.

For the out-group to be able to hold its own, we’re going to need truck loads of compassion, understanding that the majority — the moveable 40% — are innocent victims of psychological abuse. We need to be able to offer healing to those who are suffering at the hands of our abusers, as well as being able to offer our forgiveness for those who change their minds and decide to join us in the rapidly growing ranks of the out-group.

There will also be a need for much reconciliation – not just with reformed political leaders, but sometimes with those closest to us, our families and loved ones who may have taken diametrically different positions to us in the recent past.

Welcome to 2022. It’s going to be a good one for humanity. Let’s make it happen – together.

For some added inspiration, check out the rousing, prophetic words of actor Jim Caviezel to students at the Franciscan University of Steubenville in Ohio after the launch of his 2018 film, Paul, Apostle of Christ:

"It has been said that if we lose this war, in so doing lose this great freedom of ours, history will record with the greatest astonishment, that those that had the most to lose did the least to prevent it from happening. Well I think it's high time now that we ask ourselves if we still even know the freedoms that were intended for us by our Founding Fathers. Every generation of Americans needs to know that freedom exists, not to do what you like. But to do what you ought."  - JIM CAVIEZEL, 2018

>>> Searching for credible covid-related information? You're highly likely to find what you're looking for over in our covidzone.org