Big Tech under the spotlight

Google feels the heat from extensive, major, antitrust probe in the US

Following in the EU’s footsteps, news broke yesterday that 50 out of the 52 states in the US are now investigating Google over antitrust violations. Google was found in breach of the EU’s antitrust rules in March of this year, due to abusive and restrictive clauses in third party advertiser contracts. The company was fined €1.49 billion, which must have hurt, despite the tech company’s megalithic size.

In contrast, last week the US Federal Trade Commission (FTC) settled an investigation into Google’s YouTube video platform resulting in a paltry $170 million penalty for violating children’s privacy laws. For a company with earnings like Google, that’s chicken feed and is unlikely to significantly change business practices. Especially in light of the billions of dollars Google earned by illegally tracking children.

Critics are rightly slamming the FTC for settling similar cases with Facebook and others, but failing to put new rules in place that would force the tech giants to change their practices. YouTube is still not a very safe or healthy place for children to visit and today we hear that Facebook’s Instagram is now the most frequented site by under 12’s in the UK, and, as such, is heavily targeted by paedophiles.

The extensive antitrust investigation in the US is to determine if Google’s conduct in search, advertising and other business practices has harmed its competition and consumers. Google has admitted receipt of the civil investigative demand (CID) that will compel it to engage in the multi-state probe. Facebook faces a similar antitrust investigation, but on a much smaller scale, involving only 8 states.

‘Top to bottom’ antitrust probes have simultaneously been launched against Apple and Amazon too apparently. With the US Dept of Justice conducting a full antitrust review of the US’s biggest companies in the sector, we hope that Big Tech is finally facing its long overdue day of reckoning.

The antitrust probes have been instigated out of fears that tech giants such as Google, have too much power, too little oversight and too few safeguards when it comes to people’s lives and personal data. Let’s not also forget how they are also shaping and manipulating our thinking through blatant censorship and tweaking of search algorithms to ensure that some information never makes it to your screen.

As we’ve previously reported, in the so-called interest of combatting misinformation and fake news, credible natural health sites have been unfairly targeted because their message clearly doesn’t support the ruling corporatocracy. Whether you are for or against natural health per se, everyone is surely for the freedom to think for ourselves and make up our own minds? The elite may try to treat us all like ‘sheeple’, but it’s far worse to take it lying down and behave as such.

Barry Brownstein, writing in the Foundation for Economic Education last month sums the issue up perfectly. He writes, “A free person understands that there is no one “best” pathway. Although experts have knowledge, a free person takes responsibility, makes a choice, and bears the consequences. We never know what the consequences would have been had we made a different choice”.

Whilst there are too many people who don’t want to take responsibility for their health choices, it’s a responsibility we can’t afford to shirk. There isn’t a one-size-fits-all solution. If we want our health and freedoms to prevail, we must get into the driving seat, despite the concerted attempts to prevent us being able to access the information with which to do it.

When you realise that Ernst & Young have given an indicative value on the 55 million patient records held by the UK’s NHS of several billion pounds, you understand why Big Tech are racing to win healthcare cloud business. Such commercial giants as Amazon, Microsoft and Google see our heath data as their pot of gold at the end of the rainbow - and they’re determined to own it. What’s more, they appear intent on keeping it as a shadowy system in the background that most of us don’t know we’ve opted into, let alone know how to opt out. 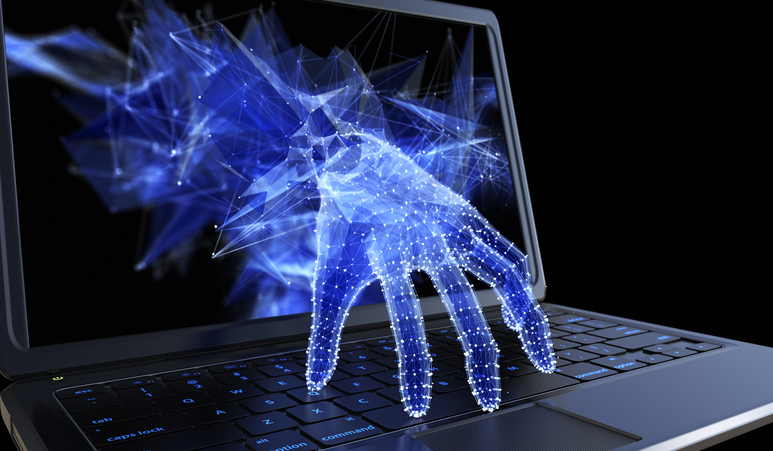 The Privacy Divide stories look like something out of a sci-fi horror, but they’re all unfortunately real and worth a read. The subtext is that we’re all under constant surveillance putting our liberty and privacy rights pretty much into the past tense as something we used to enjoy - alongside our freedoms of information, speech and thought!

At the moment, healthcare providers can legally sell their data to a wide range of companies who use it to make decisions about how to sell more stuff from new drugs to health insurance and lots more in between. Third party data analytics companies like Optum are quids in because they’ve been processing data since the early 90’s and their permissions are built into the fabric of most health insurance contracts in the US.

A privileged position that Google, Microsoft and Amazon are only too aware of as they race to sign new agreements software development and data storage for health providers such as the Mayo Clinic, which has just signed a 10-yr deal with Google. Microsoft reached a data storage agreement with Providence St Joseph Health in July, swiftly followed by the agreement between Cerner Corp, a giant in electronic health records, and Amazon Web Services. Pharma giant, GlaxoSmithKline now buys anonymised sets of data from DNA testing company, 23andMe.

Whilst such agreements may well strip personalising patient information from the records before they’re accessed by Big Tech, many of us may still fundamentally disagree with our data being mined for marketing fodder. Yet, at the moment, there’s still precious little we can do about it.

What does this all mean for us?

Above, we’ve tracked something of the anticompetitive, thought control, censorship and health data ownership challenges in the us and them face-off between citizens and Big Tech.

Gone are the days in which we can think of the Internet as the ‘public’s friend’ that gives us independence from governments and corporations.

We need to start thinking smarter about what search engines we use, what sites we visit and in particular, with whom we share our data online. Following is a far from complete list of do’s and don’ts that we hope helps to guide you in your online journey as it relates to health.

We’ll be covering a lot more of this as it unfolds, so please make sure you’re signed up to our Heartbeat newsletter so that you don’t miss out.