Home News Guest article: QUAT are we doing to our children’s health?

In the face of the pandemic, people's and institutions' obsession with cleanliness and a perceived need to sterilise all surfaces that may be contacted by others has risen to dizzying new heights. Little thought has been given to the harms wrought by the chemicals being used in ever increasing quantities. Particularly around small children’s delicate, semi-permeable skin. Nor have educational institutions considered the implications of the hygiene hypothesis: where the immune systems and microbiome of children might not face the typical challenges from other microorganisms required to build immune resilience.

From hotels to nurseries and beyond, the pandemic has seen the greatly increased use of highly toxic chemicals such as quaternary ammonium compounds, that have ironically been deemed safe for use around children, with little consideration of what risks this expanded use-pattern might pose to the most vulnerable.

Like many mothers in the UK, Aimee Constant works full time. In order to do this, her two and a half-year-old son goes to nursery part time. Last month, her son’s nursery notified her that he was suffering from an allergic style rash all over his body. Aimee is convinced that quaternary ammonium products or QUATS are the cause. She agreed to share her story to alert other parents to the dangers of the chemicals being used around young children, sometimes with horrific results.

Aimee's story also has - surprisingly given the current climate - a happy ending and shows what one person can do with a good dose of, not QUATS, but determination and persistence.

QUAT are we doing to our children’s health?

"I stressed that in their attempt to ‘kill covid’, they are actually coating every surface in chemicals which are evidenced to be harmful to human health and thus, to be blunt, are poisoning the staff and children." 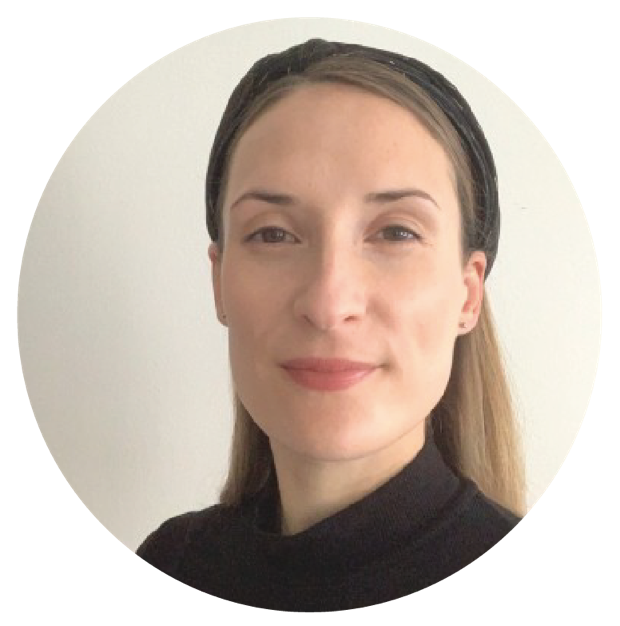 The rash occurred two days in a row, but my little boy seemed fine at home and over the weekend. Having seen the photos the nursery sent me, my intuition sensed it was due to some chemical exposure in the nursery, so I emailed the manager and requested the 'Control of Substances Hazardous to Health' or COSSH sheets for all the cleaning products used in the nursery. I also asked for the details about which items/surfaces the products were used on, their frequency of use and whether residues were cleaned off with plain water after application. 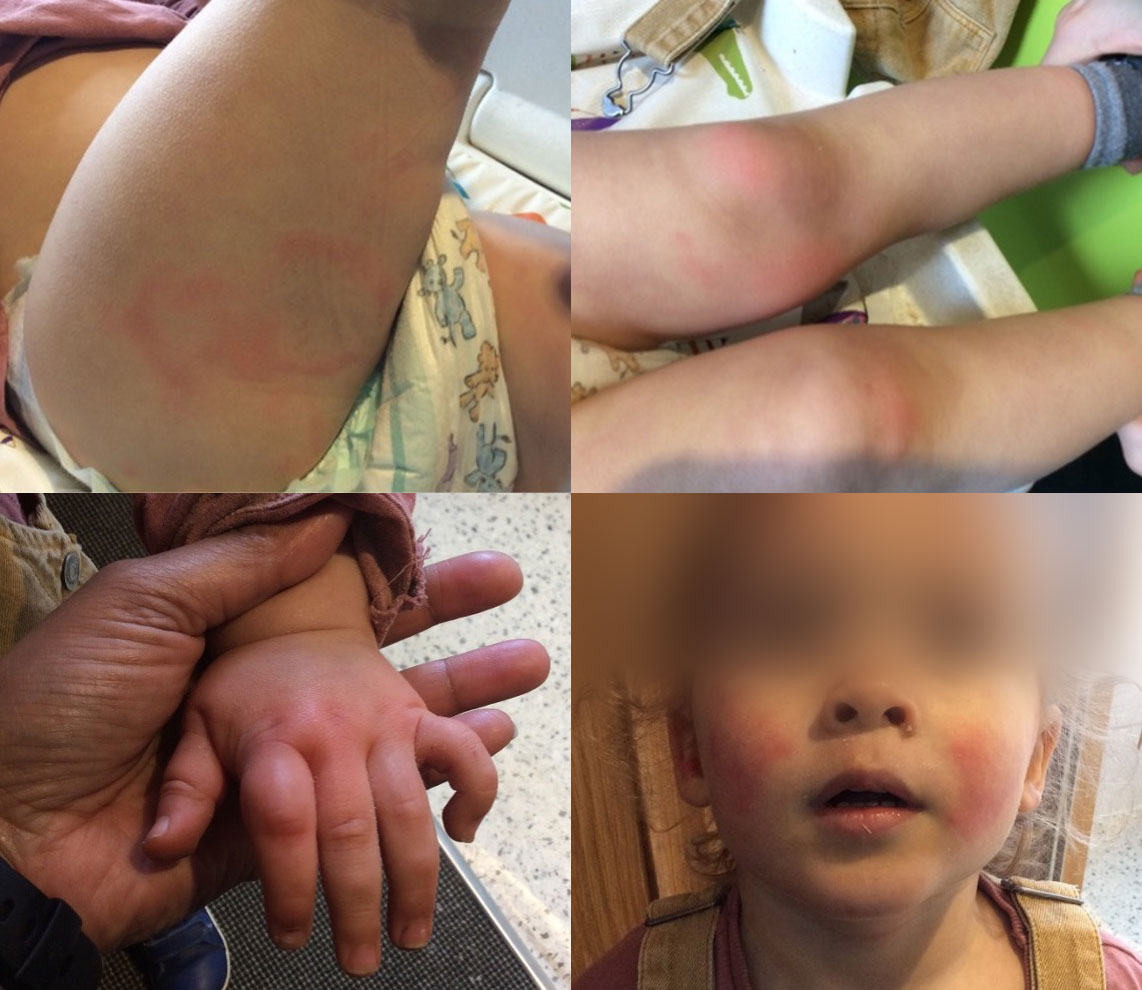 The nursery manager sent me the information I requested and sought to reassure me that all the products met the required British Safety Standards for an 'early years' setting. Thus, in her view, the products were safe and suitable to use as part of a protocol that “kills covid”.

A plethora of products

The two products being used had the following brand names:

The COSSH sheet for Gompels Anti-Bacterial Spray was more obtuse. It stated: ‘ingredient not required to be listed’. I contacted the supplier of this anti-bacterial spray with its mystery ingredient. They were initially reluctant to seek out the information, saying that if it was not required to be listed that was because the ingredient is classed as being so very safe that it does not have to be stated by law (Ed: It clearly didn't strike them this law obviously doesn't apply to cosmetics or foods, however safe they might be).

I pressured them to contact the manufacturer and find out more, and they subsequently complied. The active ingredient for this anti-bacterial spray (used repeatedly on the childrens’ tables before and after they eat and not wiped off) was Benzalkonium chloride.

Looking up benzalkonium chloride on the European Chemicals Agency website didn't make me feel any better. Having heard that it was too safe to even be listed, it was something of a surprise to read the ECA's view, as follows:

These various products were being used not only several times a day to wipe every surface and door handles, and to wipe down the children’s tables before and after they eat, but also once a week to ‘fog’ the air in the nursery so that the chemical lands on all surfaces. The nursery manager confirmed no chemical residues were being cleaned off after application as that was too labour intensive. The manager also confirmed toys were being wiped with Milton, which is a chlorine-based bleaching fluid.

I went on to do some more research on the three chemicals highlighted above and found all three belong to a group of chemical compounds called quaternary ammonium compounds (QACs or QUATs), which are highly toxic. Currently these products ‘meet British safety standards’ with the standards the nursery were looking for, being BS EN 14476, BS EN 1276 & BS EN 13697 (anti-viral, anti-fungal and anti-bacterial). But did these standards ever take into account and envisage the current use-pattern around young children? Surely they didn't have a crystal ball when they drew up the standards?

I found from the European Chemicals Agency that quaternary ammonium products are classified as toxic and hazardous.  Chemical risk assessors have identified two specific properties of concern:

1. Toxic to Reproduction, and

Both of these are a huge concern given the greatly elevated application rates of QUATS around children since the pandemic began.

I found it deeply disturbing that these QUAT compounds can be used so indiscriminately when there're clear, and very real concerns to human health and the environment, regardless of the agreed safety standards for schools. I found numerous academic studies showing alarming effects on human health. I pulled together my research and sent a list of health concerns and references to journal articles and other public health links to the nursery manager.

By the time I had researched the active ingredients in the cleaning products, I felt sure this was bad news for my child and the other babies and children at the nursery.

I was very concerned about the information I uncovered and consider their use to be sustained exposure to poisons, regardless of the fact that these products ‘meet British safety standards’. There is substantial scientific evidence easily accessed online showing these chemicals are unsafe.

I highlighted the following points to the manager in a lengthy email and subsequent phone call.

The issue here is that people may not have had cause to explore the many ways in which humans are poisoned in their daily lives and think nothing of using products like this. If the product meets the required safety standards, then they will think nothing more about purchasing them and employing a regime of applying them to every surface including fogging the air.

Many things are approved by regulatory bodies, yet we need to intelligently evaluate whether the use for which a chemical was approved makes it safe if it's then applied in a different use. We know for example that MacDonald’s is considered a safe food by authorities that's why you find outlets dotted all over our landscape. But we also know MacDonald's is not a nutritious or safe food for children, especially when consumed repeatedly.

We can buy alcohol and drink as much as we like, but too much, too often, we know will absolutely do us harm. Coca Cola is technically permitted to be sold as a drink, yet we would not give this to our small babies and children. We can still purchase hundreds of toiletries which contain SLS and paraben chemicals that are known to cause cancer, but they’re currently deemed ‘safe’ via safety standards. That approval, not their safety, or lack thereof, makes them more or less ubiquitous in our homes. We can continue to buy deodorants containing aluminium and spray them into our lymph nodes if we wish, but in the process we might increase our risk of breast cancer. Or we can select a healthier product if we're prepared to pay a few pennies more.

Years ago, DDT was sprayed onto children in playgrounds, school swimming pools and onto beaches to prevent mosquitoes. We later learned this was one of the most insidious, damaging and persistent chemicals made by humans leading to increased cancer risk to several generations and long-term damage to wildlife. The list goes on.

In this case, thankfully, I have a friend who is a biologist who previously worked in biotech. He was able to assist me in researching these chemicals and finding a safe alternative. He found that a solution called Hypochlorous acid (HCOL), made of just water and salt is a much safer alternative, it doesn't have any of the known health risks identified with the QUAT chemicals and meets all the required safety standards for early years settings.

Just as important, it is also effective at combatting the SARS-CoV-2 virus. I searched online for companies selling these products and there are plenty. It’s a cheaper product and often made to order by small independent companies. Furthermore, it activates in 60 seconds (something they require by local authority) and it works in a fogging machine so meets the nursery manager’s need to fog the air and surfaces once a week.

Personally, I do not agree with the concept of sterile = good. We need bacteria and viruses to build up a diverse microbiome inside our bodies and on our skin. I am not happy about my son being in a totally sanitised environment, I think it will weaken him long term. However, I knew I was not going to win an argument about germ theory vs terrain theory during the current climate and I cannot afford to quit my job and be at home with my boy, so I focused on helping the manager to see the information, assess risk vs benefits and find a supplier she could order the HCOL from.

Thankfully, my plea and logic was listened to, heard and acted upon. The nursery now has the new product in place for all cleaning protocols in the nursery. I am so relieved the rash happened as it alerted me to this issue. I am also grateful to my friend who told me about HCOL. I would like to share this information with others as these harmful QUAT chemicals will no doubt be being used in many nurseries and schools all over the country.

>>> Visit our CovidZone.org for extensive coverage of the last 14 months of the pandemic