Home News Introducing the ENOUGH movement - are you in? 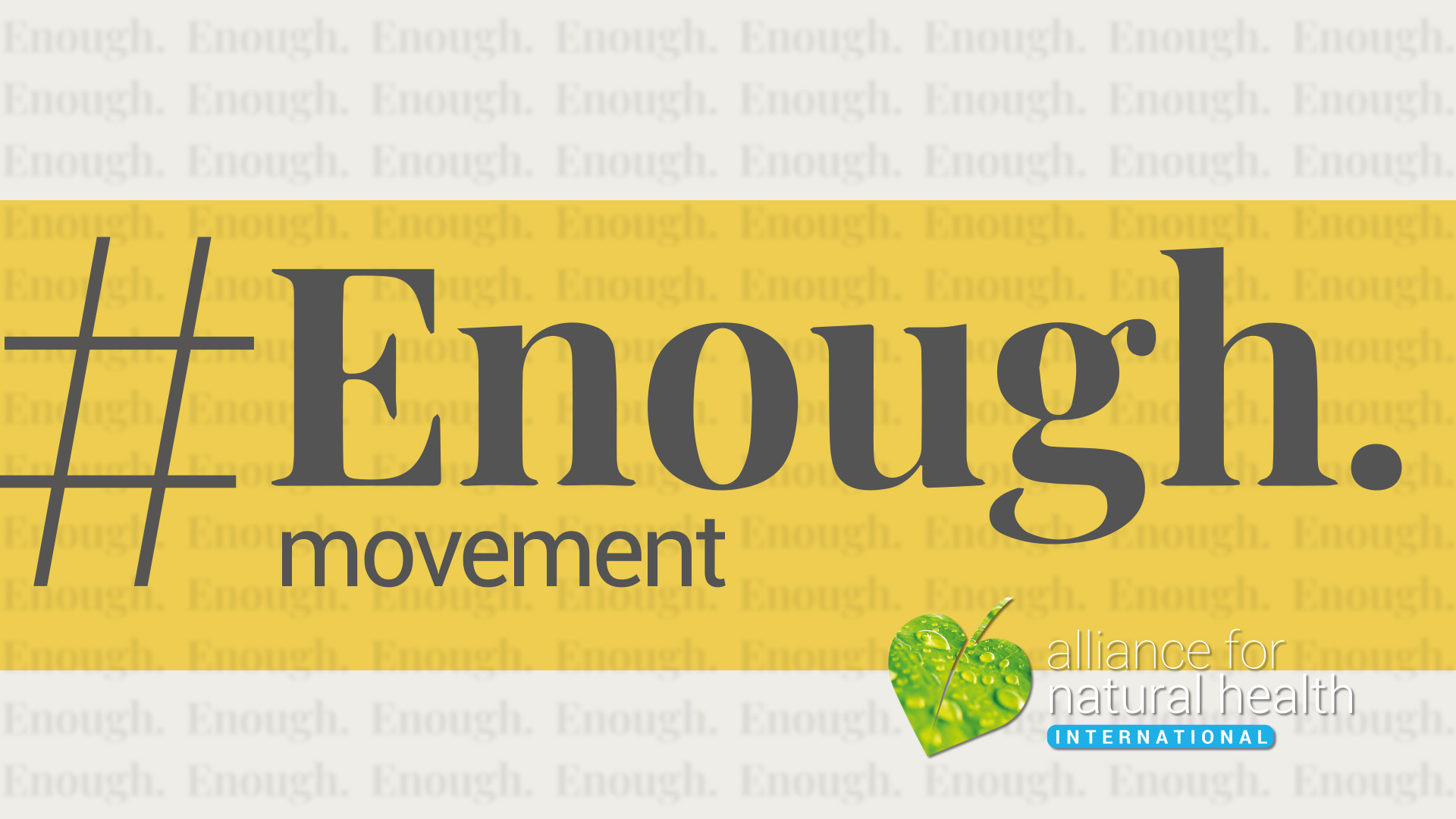 Introducing the ENOUGH movement - are you in?

How many times have you said “enough is enough” or thought, “I’ve had enough of all this” during the past 18 months? Well, you’re not alone. Not by a long shot.

This week a new global movement has launched - the Enough Movement. Initiated by US-based non-profit organisation, Millions Against Medical Mandates (MAMM), it’s a global platform set up so that we can create solidarity and profound change in the world through the single unifying sentiment, ‘ENOUGH’. A word that's in the hearts and minds of so many. Together we really are ENOUGH. We just need to come together to connect, collaborate and create unity. Our numbers are far greater than the forces that wish to divide us. The best antidote to isolation and aloneness is community, shared purpose and unity.

"We ARE enough. Once we remind the world of that fact, we will be able to bring the world back to a place of humility, respect, support and perseverance." 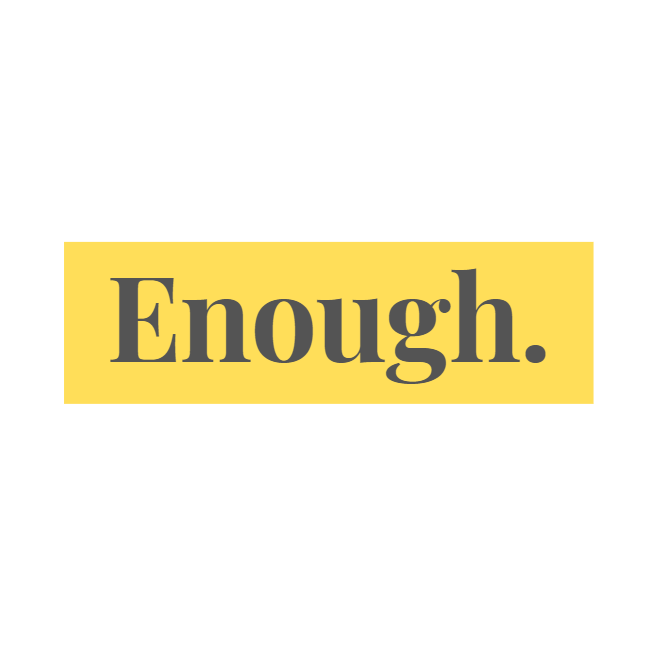 The time is now, the power is ours

ANH-Intl is getting behind this movement because we believe that we have the greatest opportunity now to create a better world; and that the future is all about empowered community action arising from a common sentiment and united purpose with the highest respect for people and planet. ENOUGH is ENOUGH.

Creating a global community of 'heroic bystanders' is essential if we are to emerge from the crippling cognitive dissonance that exists and put an end to these crimes against humanity. Are you joining us?

Breaking free - we are ENOUGH

The Enough Movement's official video is a salient reminder of the 'boiling the frog slowly' nature of the past 18 months. Three weeks to flatten the curve... Just look at what we've all been subjected to since the start of the pandemic.

A few of our stand-out 'enoughs'

Media Corruption - A group of 30 UK-based mainstream journalists have said enough is enough when it comes to reporting standards on covid-19. They claim there's been a lack of context for statistics, and insufficient balanced reporting on the costs of lockdowns, coverage on alternative treatments, scrutiny of PCR testing and attention to adverse vaccine reactions. They have also criticised the UK media for inducing fear and helping to foster a hostile environment for those who choose not to have a Covid-19 vaccine.

Censorship - the fact that the hitherto unknown word 'deplatformed' is now part of common parlance is testament to the disappearance of freedom of speech and the abolishment of open discourse and scientific and medical debate. Liberties and basic human rights that we thought were secure and enshrined in democratic constitutions. We joined the hallowed ranks of the deplatformed when YouTube deleted our account in early August.

Mandates - individuals are being punished for their medical choices for the first time in history with the powers-that-be pushing for a two tier society where discrimination, shaming, excluding and dehumanising is the order of the day. Many of these mandates have no legal power whatsoever with governments inciting private companies and the legal system to do their dirty work regarding mandates.

Big Pharma - We could write a number of books on this one, but will draw your attention instead to two words — Vaccine transparency. A fact we highlighted as early as April 2020 and for which there remains a total lack of transparency.

Hypocritcal leaders - Cronyism abounds. Boris' government has excelled at supporting friends and family whilst citizen's businesses have gone to the wall, children are starving, suicide rates have shot up, social inequalities have increased exponentially and now food shortages and the threat of another lockdown threaten to bring the country to its knees.

Racial divide - With almost half of whites in New York City being fully vaccinated, as against a third of African Americans and under 45% of Hispanics, it’s clear the effect that De Blasio’s ‘Key to NYC Pass’ programme will have when it becomes mandatory on 13 September.

Manipulating data - the mainstream media has continued to fuel mass hysteria since the start of the pandemic with manipulated data. Throughout, we have repeatedly attempted to right the data wrongs perpetrated by governments and the media alike, but the massaging and manipulation of data continues unabated today. It's a travesty of science that cannot be allowed to continue.

Ignoring mental health - The coronavirus crisis has had a devastating effect on children’s mental health. In the US, suicide related emergency hospital visits by young women aged 13-17 years were significantly higher than the same months in 2019. Publishing in JAMA Psychiatry researchers found a nearly 30% increase in the presentation of children with no previous history of mental health issues or suicidal ideology in the emergency room. In Australia, a petition has been launched that spotlights the huge increase in mental health issues being suffered by children due to the crisis and its interventions. The number of UK children under the age of 17 being prescribed antidepressants increased by 26% as a result of coronavirus lockdowns according to a study published in The Pharmaceutical Journal.

Forcing people to die alone - Last year hospitals the world over closed their doors to visitors, separating patients from family and friends. Bereavement services delivered with as little human contact as possible has become the norm. Reports of families denied access to dying family members has sadly become so commonplace that many have become desensitised to this inhumane and needless suffering. A key paper on death and dying in the BMJ last April drew attention to the major societal wrong of letting people die alone or leaving a death unmarked. Yet, in many countries not much has changed more than a year on.

"The Enough Movement will develop a community bigger than what has ever been built before. Through this community we will all become empowered, establish purpose, unite in simultaneous action and create the positive change we all know is possible."

Use the #enoughmovement and #enough hashtags.

Bold the word enough when you use it.

Place a thin yellow line on your social media photos.​

Get with the #enough program. 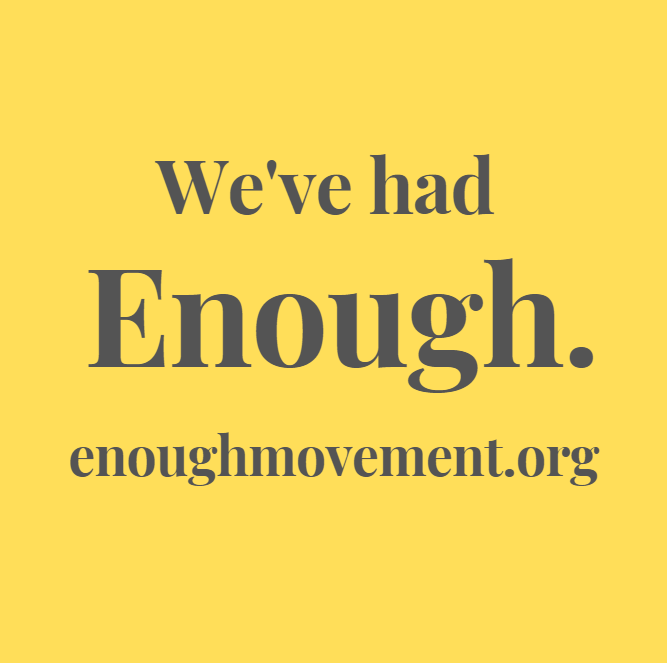