Home News Is people power the biggest sustainability driver in the food sector? 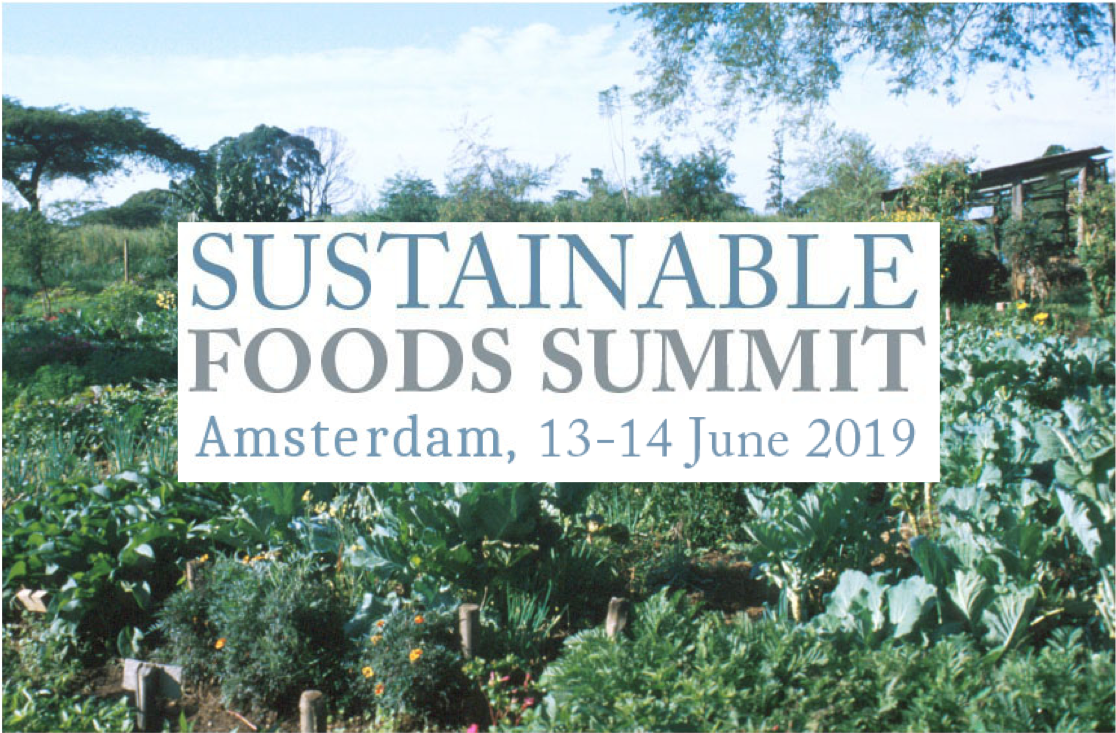 Is people power the biggest sustainability driver in the food sector?

Reflections from the Sustainable Food Summit #11 in Amsterdam

For some, the priority might be much lower use of non-renewable resources, local or regionally-produced foods with few or no transport miles and consequent lower greenhouse gas emissions. For others, it might be about greater transparency in the complete food chain – from farm to fork, or improved working conditions, fairer pay or no discrimination for those involved. Or it may be about prioritising food waste reduction, greener packaging or improving animal welfare standards, protection of the environment or pollinators, reduced or no pesticides, certified organic agriculture, or the promotion of soil and water conservation practices.

It is of course all of these things, and more. In fact, this list just skims the surface of what sustainability is really about when applied to food. In essence, it’s ultimately about finding a sweet spot between, on the one hand, social and environmental welfare, and on the other, economic viability and prosperity. Not an easy ask. But one of the fundamental prerequisites is to ensure transparency and traceability across all parts of the food chain, from production and processing through to distribution and sale to the end consumer, in the process collecting a lot of data and metrics. Fortunately, despite all the social concerns about an increasingly digital world, this is an area where digital technologies and artificial intelligence can really help both people and planet.

So, with this backdrop, it was a privilege to gather last week in Amsterdam with around 70 other sustainability experts, innovators, academics and company representatives for the 11th Sustainable Foods Summit, organised by Amarjit Sahota from consultancy and educational firm, Ecovia Intelligence.

It was a pleasure to introduce the assembled experts to our work on sustainable diets, our critique of the Planetary Health Diet and our Blueprint for Health System Sustainability. I was also honoured to moderate the session on ways in which tech and artificial intelligence can be applied to improving the sustainability of the food supply. 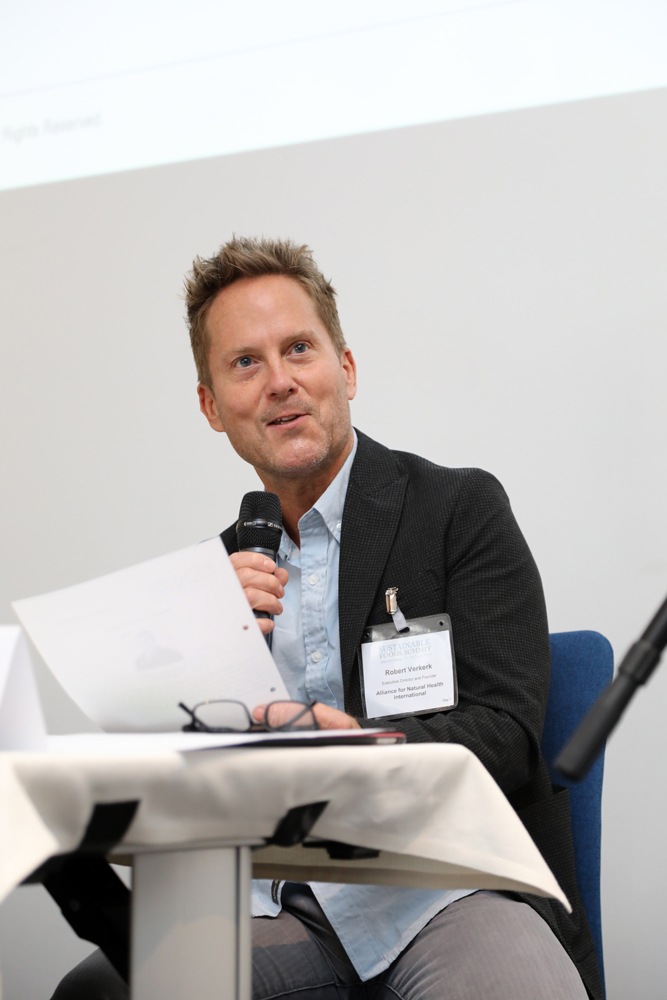 In a world in which more and more of us are relying on digital connections, we are still reminded what happens when we meet in person. Strong connections and collaborations are formed in ways that just don’t readily happen digitally. Based on the people driving the initiatives as well as the power of their respective missions, I wanted to bring you in this article a few of the innovations that really stood out for me.

Strange that we will often flippantly denigrate one of our most important resources. The great nutrient collapse is real. Top soils are being washed away by flash floods that are increasingly common with recent climate changes and organic matter is being lost faster than you can say the word Monsanto. And even in Europe there may now be insufficient cold days to develop the necessary nutrient or sugar content required for a supermarket’s specification.

Agronomist Tobias Bandel from Soil and More International brought these and related issues starkly to life, as well as proposing a solution. His work centres around helping farmers to maintain and develop living soils. That’s about preserving organic matter and the associated microbial life in soil. He argued forcibly, “We don’t need a sustainability strategy, we need a sustainable business strategy”. In recognising the urgent need to transition away from the destructive and unsustainable business as usual model of agriculture, he said, “It’s about impact instead of compliance, purpose instead of dogma”.

Working through the maze of complexity

Amarjit Sahota delivered a useful scene-setting keynote. He stressed that complexity and uncertainty were among the few things you could always rely on. That deep thought, relevant research, cooperation and collaboration were now essential ingredients to finding a way through for coming generations.

There’s been a huge upswing in the number of eco-labelled products, with over 200 ‘ecolabels’ to choose from. Sounds good, but the sheer proliferation and overlap between certifications and standards means that it’s increasingly a headache for corporates and citizens alike. Some form of consolidation is now badly needed.

Additional challenges are dealing with the commonly-held view that sustainably and ethically produced foods are only the preserve of the wealthy. There is also a need to ensure that Big Corporate mergers don’t dilute standards, whether this be Amazon/Wholefoods, Carrefour/So.bio or Unilever/Pukka Herbs. Having some experience with the latter, I know it is indeed possible to avoid any dilution of ecological, ethical and sustainability principles. The quality vs quantity argument is far from done; if we could learn to be more efficient (and waste less) we wouldn’t need any more food to meet the needs of a still-growing global population. We could then focus on improving its quality for everyone. Big ideals, but ones incredibly well worth pursuing.

Stop the killing of baby male chicks – starting in Germany

Did you know that 6 billion one-day-old chicks are killed every year so that we can eat hens’ eggs? Most people don’t. The reason it happens is that the only gender useful as hybrid ‘layers’ (genetic hybrids that have extremely high egg laying rates) are females. Male layers grow too slowly, are too expensive to feed and don’t amass enough meat to be useful, especially when compared to the specialist hybrid meat chickens that have been responsible for the last few years of cheap chicken meat.

Coming back to the layer hens, the males get killed, shredded and delivered as food for reptiles, birds and other animals on their first day of life, when they can be sexed. But a German team of academics led by Dr Prof. Almuth Einspanier from the University of Leipzig found a technical solution: the in vivo sexing of eggs. This opened the possibility of sexing eggs shortly after fertilisation and then shifting these into the animal food chains before the embryo develops to any significant degree.

A clever automated system has now been developed that allows male eggs to be separated out using robotic technologies, laser and detection of a key marker (for female eggs), estrone sulphate.

A corporate enterprise, SELEGGT has been built to deliver the solution in Germany, and in time, elsewhere in Europe. It includes the researchers, an ethical retailer and turnkey specialist company used to delivering complex solutions.

What’s more, consumers buying eggs that avoid the killing of male chicks have their egg branded with the respeggt stamp.

The popularity of ‘respeggt’ stamped eggs in the Berlin area, where the world’s first ‘no kill’ eggs went on sale in December last year, is yet more evidence that citizens are driving the shift towards increasing sustainability and improved ethical standards. While a German court decision last week determined that killing male chicks was legal, this was only during a ‘transition period’ until an alternative is found. The alternative is already here – and the grassroots is no doubt ready to push this one home.

Sound too good to be true? Just when Cambodians were convinced that their national bird, the giant ibis, Thaumatibis gigantea, was extinct, a pair was found near a village in the north of the country. With a view to conserve the giant ibis and around 50 endangered species, the remarkable IBIS Rice project now protects around 500,000 hectares of forest and wetlands. The main mechanism for the protection of these endangered species is the development of food security for the 1,000 rice-growing families who earn their livelihoods by growing and selling their organic jasmine rice. In return for this, they undertake to protect the area from poachers, and the premium price of the rice means they're not incentivised to sell-out to loggers. Being organic, they also don't degrade or damage the local wetlands through the addition of synthetic nitrogen fertilisers.

It was an honour to meet and connect with Nicholas Spencer, CEO of the IBIS Rice project, an initiative of the Wildlife Conservation Society.

I was stoked to receive from Nick a packet of organic brown, jasmine IBIS rice. I made a Thai curry for my father and son (a soon-to-be-father) on Father's Day, last Sunday. I can honestly say it is some of the tastiest rice I've ever consumed - made all the more delicious in the knowledge of the good it brings to endangered Cambodian wildlife. Nick proudly revealed that, thanks to the project, they've now recorded over 300 giant ibis in the area. An amazing achievement, and one that reinforces the notion that sustainable business reinforces ecological sustainability. It was great to see IBIS Rice being recognised for its ground-breaking work and receiving an award at the Summit for best new product! 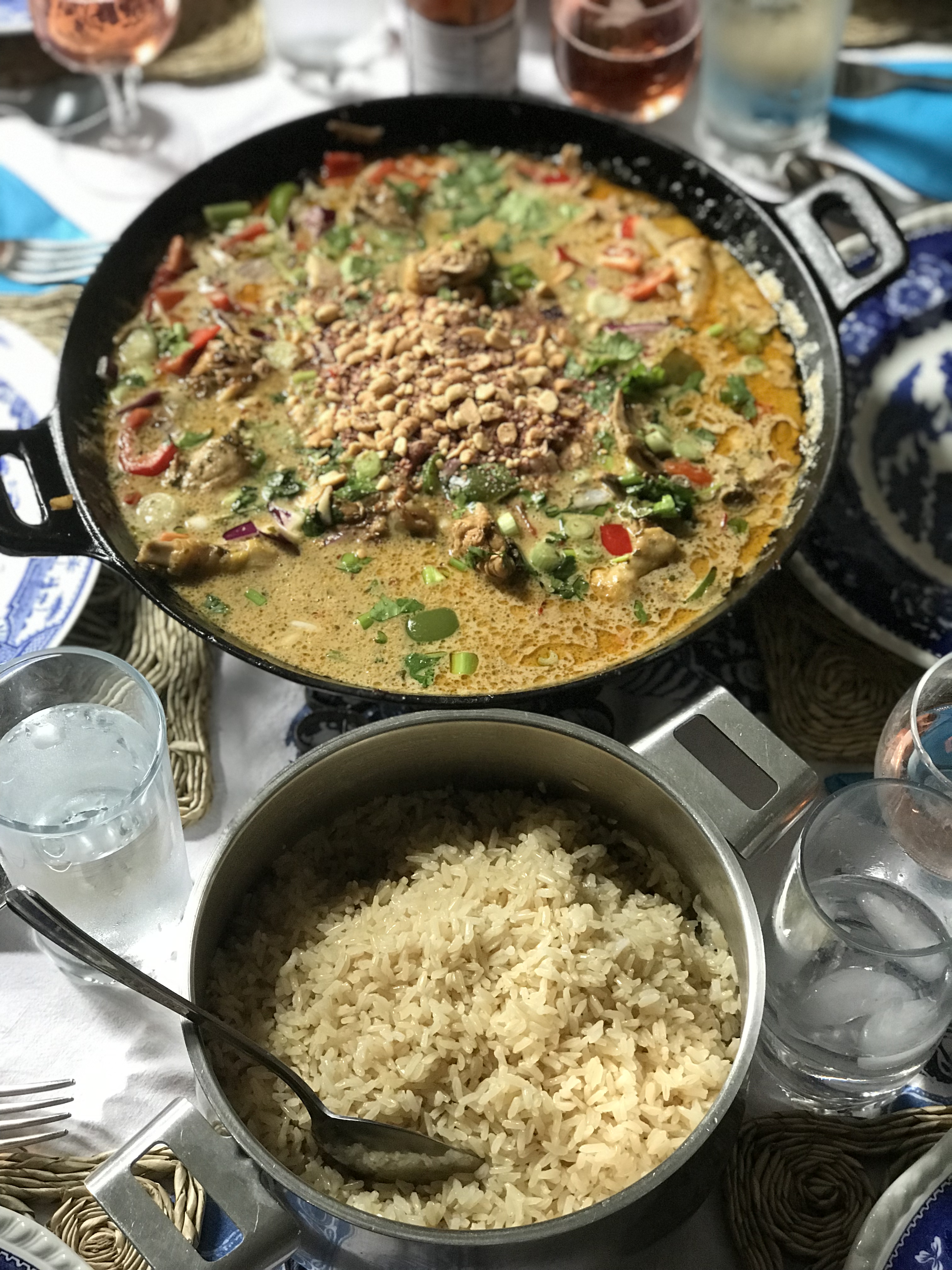 IBIS Rice and Thai curry prepared by the author.

Another big trend driving sustainability consciousness relates to food waste, with about 30% of all the food produced around the world going to waste. With the rise of digital technologies there is the possibility of more people learning about where to access food that might otherwise go to waste. This is especially fertile plains for the world of mobile apps.

Two apps that got significant airtime at the Amsterdam summit were:

From beetle larvae to V Bites

Seeing the number of words I’ve written already, I must bring this article to a close. But in passing, I also want to celebrate the diversity of interests who are getting behind the sustainability cause, one that’s been central to everything I’ve done in my working life over the last 35 years.

Two impassioned, polar opposites that exemplify the polarities were the calls by Tom Mohrnann from Protifarm and Heather Mills, also founder of V Bites. Tom pleaded with us to all transition to eating insects for protein (especially buffalo beetle larvae), while Heather made her trademark, forceful, Northern English request for everyone to become devout vegans.

Despite our differences, the thread that links so many of us, and this rapidly growing global sustainability movement, is our interest in opting out of a business model that serves neither people or planet. That means largely opting out of buying factory farmed, industrially produced, highly-processed foods that still adorn the shelves of most supermarkets.

Rather than just being disempowered victims of the food industry, the time has come to turn this paradigm on its head. The rapid development of more sustainable approaches relating to our food, that pay more than lip service to the subject, is testament to the fact that the movement is now both credible and powerful.

Roll into the revolution

Our call to you is simple: work with us to help drive this revolution from the bottom up. Do at least one thing each and every day to promote this revolution, whether it involves reducing transport mileage on foods, reducing food waste or packaging, or sourcing ethically and sustainably produced foods!

NOTE: as and when materials (including video) from the summit are available, we will make them available via our website and social media platforms.

Covid-19: when the world went into lockdown

Covid-19: when the world went into lockdown