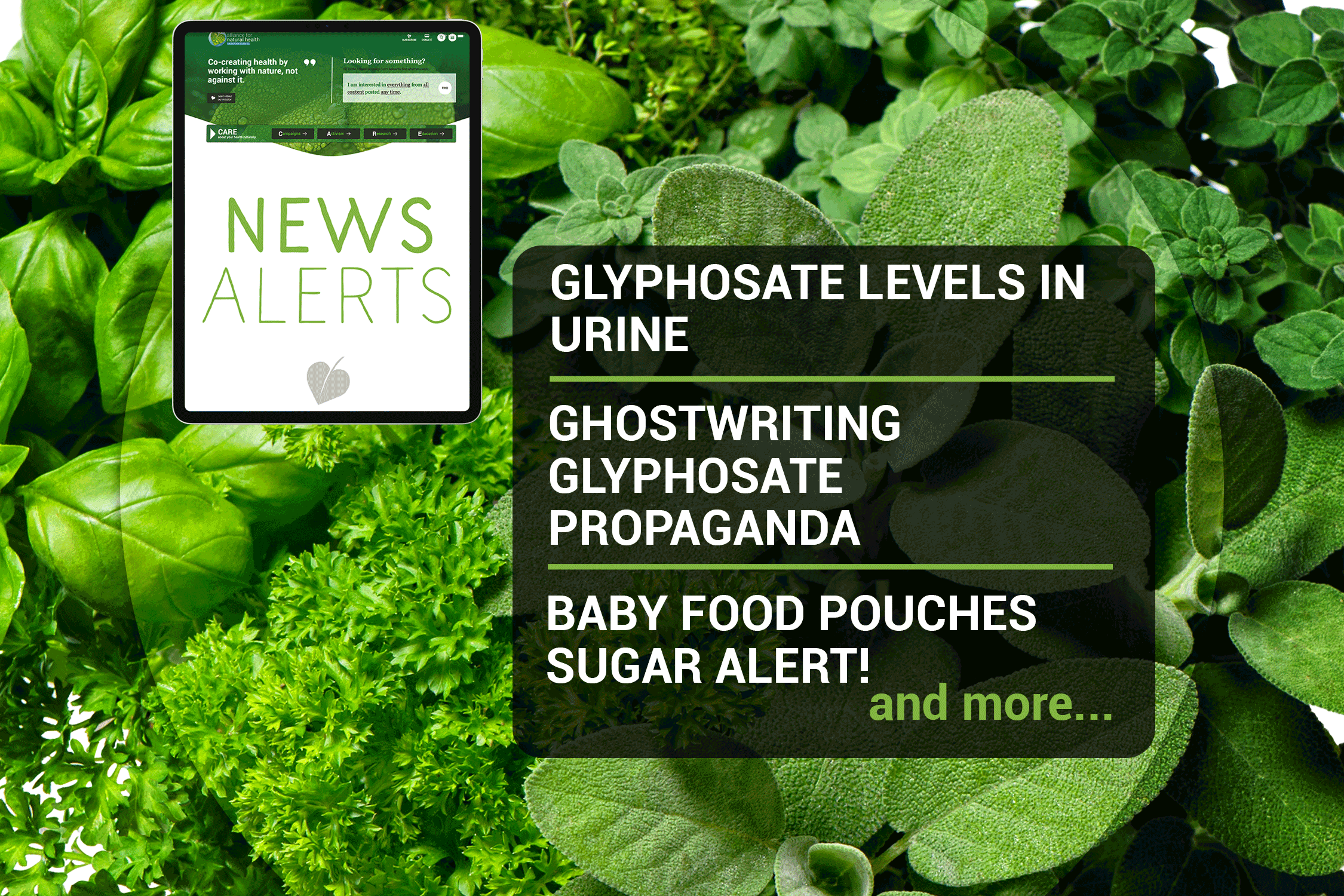 More than 80% of urine samples taken from US adults and children, were found to contain detectable traces of glyphosate highlighting the true extent of human exposure to the controversial herbicide. A report published by the Centers for Disease Control and Prevention (CDC), analysed stored urine samples taken from 2,310 US citizens in 2013-2014. Nearly a third of samples were taken from children. There is much controversy about whether or not glyphosate is a carcinogen, despite the International Agency for Research on Cancer's (IARC) classification of glyphosate as a probable human carcinogen. Recent court cases concluded that glyphosate exposure was responsible for the development of petitioners cancer. This isn't the first time evidence of glyphosate has been documented in urine and the new report adds to the increasing library of data pointing to potential risks to human health. Even as the evidence against the ongoing use of glyphosate continues to mount, a new article outs the underhand efforts of its manufacturers to put a positive spin on its use.

Journalist, Julien Fomenta Rosat, has written nearly 600 articles on behalf of unknown clients designed to influence public opinion favourably on a range of topics including the use of glyphosate. His work also included articles aimed at discrediting the International Agency for Research on Cancer (IARC) after it classified glyphosate as a probable human carcinogen. In an article for the French political magazine Fakir, he reveals how he was commissioned by an agency used to shield the true identity for those he was writing on behalf of and published under a variety of pseudonyms and fake biographies. Rosat's conscience eventually caught up with him, causing him to speak out about what he had been doing and foregoing an extremely lucrative income stream. The Fakir article is a key example of how our emotions, thoughts and feelings are being deliberately manipulated by those with ulterior motives - more often than not financial - hiding behind a facade of 'independent' journalism. That's why we've created our bespoke event, Behaviour & Communication Magic, in collaboration with behaviour and communication dynamics expert, David Charalambous. This hybrid event (in-person and livestream) will help you to understand what drives us, why we see things the way we do and how to gain more control and sovereignty in our lives, as well as how we can influence, and communicate better with others, both positively and ethically.

The very real danger of antibiotic resistant organisms is no longer just a threat to human health, it's a reality. Research into developing new antibiotics is very limited so researchers are now turning their attention to natural compounds in an effort to deal with antibiotic resistant bacterial infections. The latest research, published in Phamaceutics, investigates a compound found in broccoli, 3,3'-diindolylmethane, often referred to as DIM. Researchers from Ben-Gurion University of the Negev have found that DIM can break down the biofilms formed by microorganisms such as bacteria. In this case, they successfully tackled two resistant pathogens Acinetobacter baumannii and Pseudomonas aeruginosa - resulting in their eradication 65% and 70% of the time, respectively. DIM is available as a food supplement in many countries. However, it is naturally-occurring in cruciferous vegetables, which is why ensuring you eat a rainbow of nutrient rich, diverse plant foods including plenty of broccoli, kale, chard and spinach (from the cruciferous family) nourishes your gut microbiota with bio-film busting DIM. This new research underpins why the ANH-Intl Food4Health guidelines and our book RESET EATING are full of plant foods which are full of health giving plant compounds.

The use of baby food pouches is now a part of the general every day scene when it comes to feeding your baby. What most parents are unaware of, is the huge toll such 'foods' could be having on their baby's future health. Research from the British Dental Association (BDA) has found that over a quarter of the 109 pouches they looked at, contained up to 150% of the sugar content of Coca Cola, while pouches aimed at babies aged 4 months had two thirds of an adult's recommended daily sugar intake. Such foods not only pose a risk to babies' dental health, they also put babies at increased risk of developing insulin resistance, becoming overweight and putting them on the very slippery slope to chronic disease. If you're a new mother, you can find information and inspiration in our Food4Kids guidelines and also a dedicated section in RESET EATING on how to protect your baby's current and future health.

>>> Buy your copy of RESET EATING

The latest copy of Caduceus magazine has hit the shelves and landed in the ANH office. For those who're not familiar with the publication, Caduceus has been a leading magazine for the health conscious amongst us since 1987 due to its focus on psychological, emotional, spiritual, ecological and environmental health, therapy and growth, including natural, holistic, energy and complementary medicine — and of course, latterly, covid! Issue 107 includes a review of the recent Better Way Conference held in Bath, news about the Control Group survey analysis, censored by Researchgate for its findings, the WHO Pandemic Treaty power grab, a feature on the influence of plants on our health and medicines plus much more. For more information and to find out how to grab a copy visit the Caduceus website.