Scientific and technological acceleration is one of the hallmarks of the current era. Like an imperfectly balanced spinning top, it can spin out of control. Soon after the World Health Organization declared Covid-19 a pandemic in March, the spinning top developed a severe wobble. It was triggered by two competing processes: on one side, the suspension of the scientific peer-review process, and, on the other, the marginalisation of scientists and doctors posing solutions that didn’t fit with, what is widely referred to, as the ‘mainstream narrative’. That’s the approach being followed by most governments, health authorities and global businesses that’s being stage-managed by two closely aligned, Geneva-based entities, the World Health Organization and the World Economic Forum. This includes new initiatives like the COVAX facility that aims to ensure maximum coverage of the global population for Covid-19 vaccines, as well as protection for countries in the event of failures.

Two weeks ago, world-leading public health scientists came together and made, on 4 October 2020, the Great Barrington Declaration. It called for a seismic change in strategy compared with that currently being taken by the WHO-managed, Gates Foundation-subsidised, global cooperative response. The essence of the declaration, co-signed by over 30 leading scientists and medical doctors, is to resume normal human activities and allow the SARS-CoV-2 to move through healthy, younger populations, while shielding the vulnerable and older populations.

The key justification given is that the cure appears worse than the illness, a notion recently being expounded by none other than US President, Donald Trump. This view proposes that the process of shutting down economies and businesses, as well as enforcing social isolation, is leading to devastating effects that are disproportionate to the actual risks caused by the virus. The declaration has gathered, at the time of writing, the support of over 26,000 medical practitioners, nearly 10,000 medical and public health scientists and almost half a million concerned citizens, ourselves at ANH-Intl included in that mix. In anybody’s book, that’s some kind of consensus, but clearly one that runs contrary to the mainstream narrative.

In the other corner…

Predictably, a rival from the mainstream camp has now emerged, and appears ready to meet its opponent, eye to eye, in the opposite corner. The new opponent goes by the name of the John Snow Memorandum. It was named after the British physician, widely viewed as the father of epidemiology, who carried out ground-breaking work on deciphering the origins of a cholera outbreak in London in the 1850s.

The rival comes complete with a website with the same basic architecture as that of the Great Barrington Declaration, including the ability to collect signatories. It’s early days, so the 600 signatories who need to be one of the following, namely “scientist, medic, researcher, modeller, healthcare or public health professional”, don’t count for much as yet (the equivalent count for the Great Barrington Declaration stands at nearly 36,000 at the time of writing).

But let’s not forget that scientific consensus shouldn’t ultimately be about numbers. It should be about the strength and robustness of the science being put forward. But it’s interesting that the John Snow camp has decided to avoid asking members of the public for its support. Is it perhaps concerned it might lose against the rapidly building numbers (over 466,000 at the time of writing) getting behind the Great Barrington Declaration?

But the John Snow group have another trick up their sleeve. They’ve published their memorandum in one of the world’s leading journals, The Lancet, in a paper appropriately entitled “Scientific consensus on the COVID-19 pandemic: we need to act now”.

One of the best ways of properly recovering from the spinning top wobble, to which I referred at the outset, would be to reinstate scientific discourse. It’s how Galileo’s work cemented Copernicus’ then-ultra-radical view, presented in the 16th century, that the Earth orbits around the sun (heliocentrism), which finally replaced the Ptolemaic system, supported by Christian teachings (the then Western, mainstream establishment) that wrongly proposed the sun orbits around Earth and is at the centre of "the heavens" (geocentrism).

Discourse requires dialogue. Dialogue requires direct engagement of minds, arguments and likely testing of hypotheses (experimentation or trials). Not just a tit-for-tat, comparison of numbers or ‘quality’ of signatories, and media shaming.

The only government administration we’re aware of that has pulled in behind the Great Barrington Declaration is that of the United States. This has created outrage among Democrats who argue allowing the population to function normally and gain infection-acquired, as opposed to vaccination-acquired, immunity is unscientific and unethical. But we have yet to find a single Great Barrington critic who has compared the ethics of the John Snow (mainstream agenda) which forces whole economies to their knees with immense collateral damage to lives and livelihoods, as against the Great Barrington one (currently the main alternate agenda) that treats Covid-19 more like any other infectious respiratory disease.

Dealing with a virus newly adapted to the human host, shutting down vast tracts of normal human activity in an effort to reduce transmission, and creating vaccines within unprecedented short time frames using synthetic biology in entirely novel and untested ways are each, individually, areas of massive uncertainty. Put them together and you have something akin to a combination lock in terms of the possible range of outcomes.

It is therefore at this juncture of human history – more than at any other time – that we need scientific dialogue and discourse.

Scientific and medical McCarthyism – not openness and dialogue

Yet scientists and doctors who are posing plausible solutions, like those linked to the Great Barrington Declaration, are being blanked or excluded. Blanking occurs through media blackout, censorship (especially via social media platforms), or just plain dismissal or ridicule.  It is no secret that the mainstream media strategy is considered a central part of the global Covid-19 response.

This is borne out by the ‘transformation map’ (see Figure below) created by the World Economic Forum, the self-appointed, private, non-profit orchestrator between the public (government) and private (stakeholder) sectors that is coordinating key elements of the global response to the pandemic. This is quite at odds with the World Economic Forum’s frequent emphasis of the importance of dialogue. 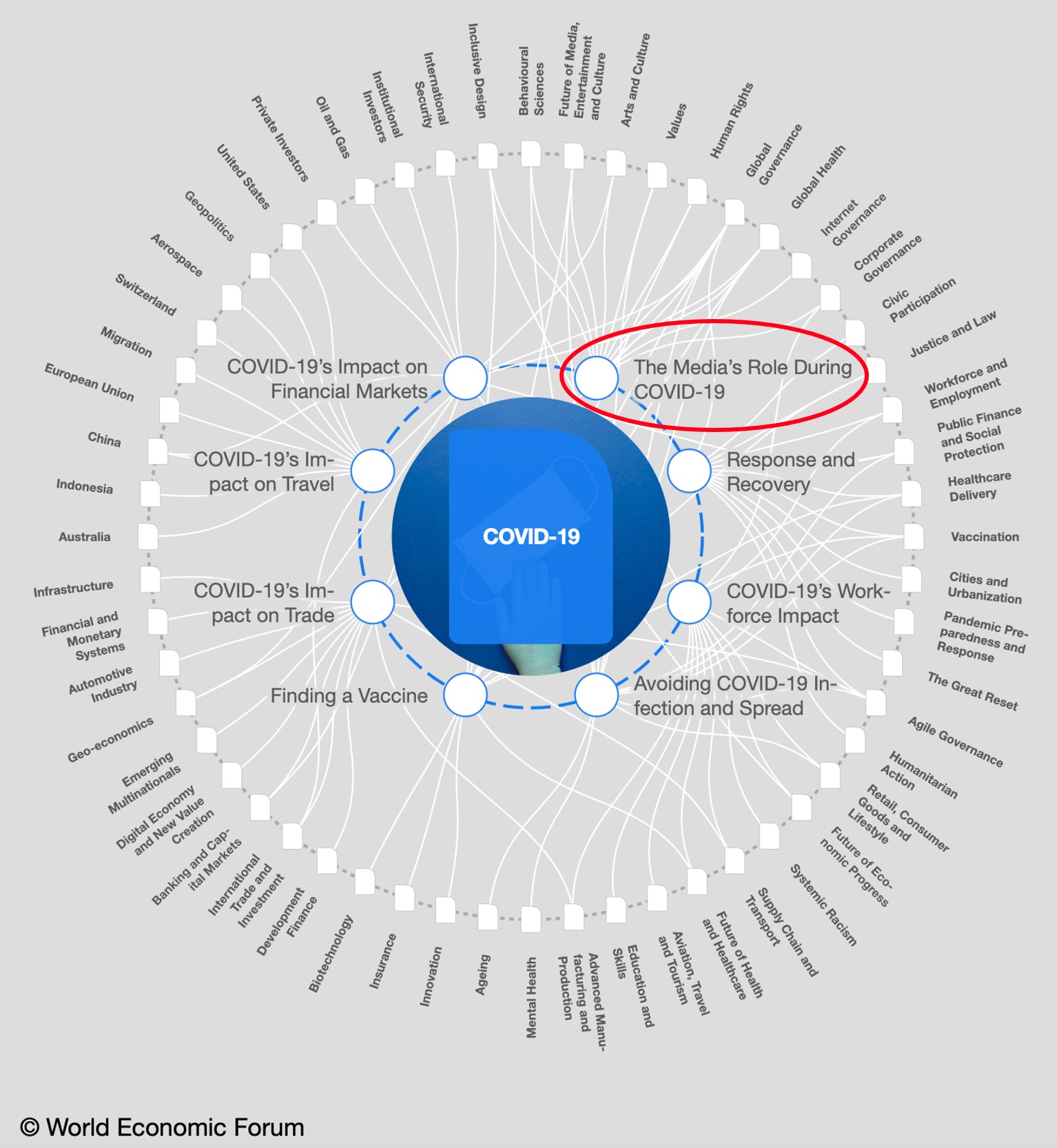 We have entered a new era of scientific and medical McCarthyism – and if we don’t emerge from it fast, the consequences could be grave. That's because the path being followed has been pre-determined see our separate piece on the Great Reset [LINK]) and does not allow for a balanced consideration of other options.

Play the Great Reset game or fade on the sidelines?

It seems that some think that if you are to “redraw the geo-political map of the world” – as the World Economic Forum aims to do in its Great Reset (see separate piece this week) – you have to share the same values as those who are planning to push the reset button.  It’s a selective dialogue. And it’s most certainly not scientific discourse.

>>> The Great Reset or The Great Divide: The World Economic Forum’s exit strategy from Covid-19 is based on false assumptions

The table below aims to distil some of the key features that distinguish these polarised scientific camps.