Why do governments persist with lockdowns, or the threat of lockdowns, given a growing body of evidence showing that lockdowns don’t save lives? Will lockdowns that were meant to only ‘flatten the curve’ now be sidelined because covid vaccines are considered the panacea?

This week on Speaking Naturally, we interview Dr Knut Wittkowski. He is an eminent scientist with a long track record as a biostatistician and epidemiologist. He was one of the earliest to call out the folly of lockdowns. His main recommendations to shield or treat early the most vulnerable, while letting the infection run its normal course through healthy populations – stated as early as March 2020 – subsequently became the basis of the Great Barrington Declaration.

ANH-Intl founder and scientific director, Rob Verkerk PhD, caught up with Dr Wittkowski a year on, asking whether he felt censored as a scientist, where we were in the epidemic, what role vaccines may or not play, what concerns we should have over new variants – and what solutions he felt might help us navigate out of our current predicament.

For those who prefer you can listen to the podcast version:

Dr Wittkowski doesn’t feel censored. But like many other scientists who haven’t parroted the mainstream narrative, he also doesn’t feel heard.

“The virus hasn’t behaved differently from any other respiratory disease virus. If we had not had the capability to sequence the virus in January, and have identified - ooops! – it’s not influenza, it’s corona, we wouldn’t even have noticed. It would have been just another flu.”

“So people got very confused and fearful about it. Especially after having seen…a lot of older people dying in nursing homes.”

Lockdowns were intended to the flatten the curve, right?

“The idea of flattening the curve – well, I was never convinced – but I understand why politicians would resort to that after having seen the hospital system in Italy having been under severe duress. But a month later, in the US, on April 17th, the then director of the CDC, Robert Redfield presented data at The White House – and the data that this was the third flu that year – there was the one of influenza B, then of influenza A, then of covid. And hospital admissions – or people showing up at hospitals – had already ceased – was down to normal levels.”

He goes on to propose that if the vulnerable had been shielded and the virus had been allowed to be exposed, naturally acquired herd immunity would have been reached in around 6 weeks.

What lockdowns did was treat everyone in the same way so that people with vulnerabilities have an equal chance of being exposed – so those who are most vulnerable become more heavily infected and consequently “they are the people who die.” 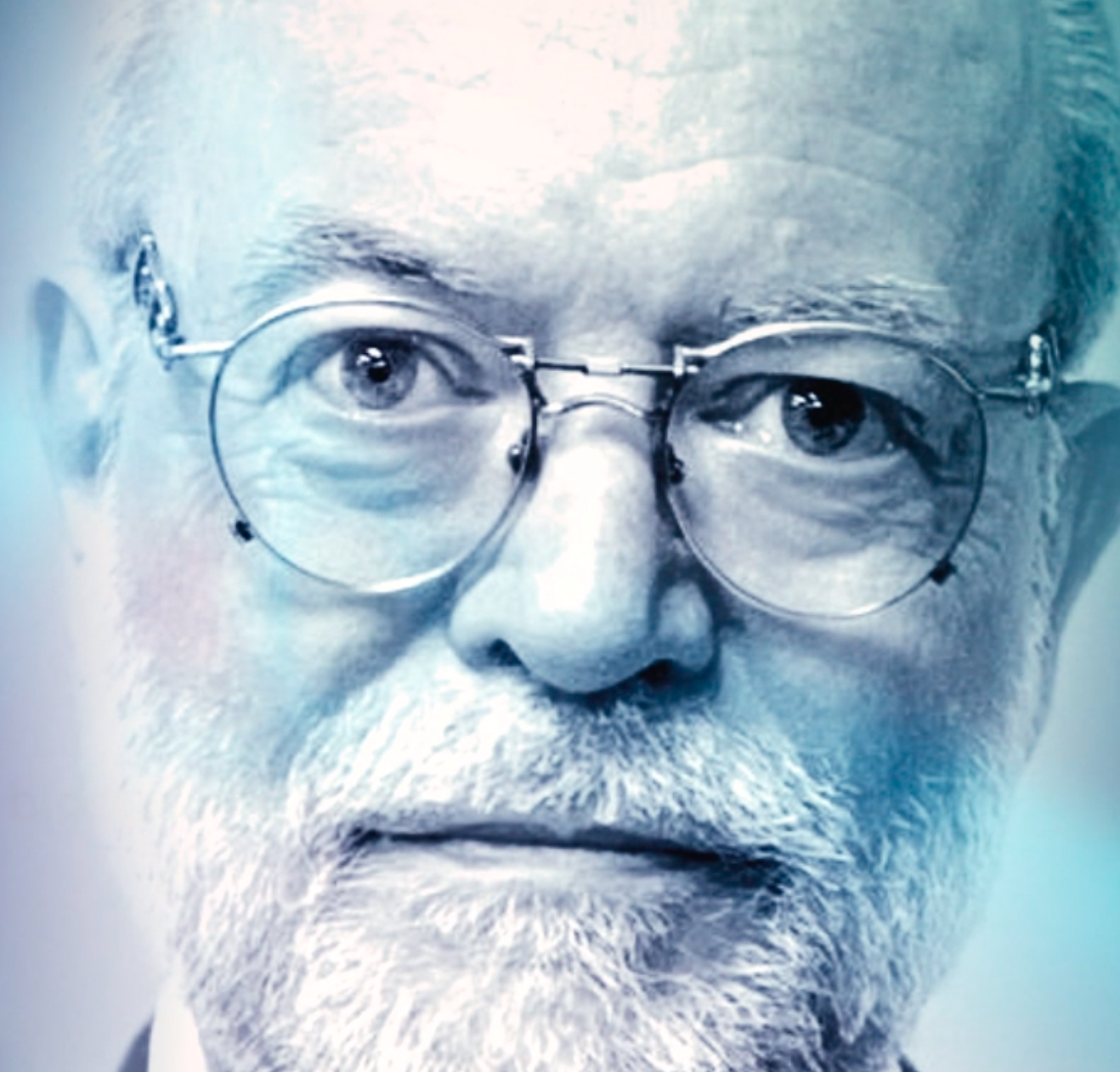 “Every respiratory disease….virus epidemic…everyone one of them, ends with herd immunity. There is no other way for an epidemic to end. So it’s not an invention – a strategy – it’s just the way nature regulates respiratory disease epidemics.”

Non-compatibility of vaccine and lockdown strategies

“There are two things you can do., If you have a vaccine which is very difficult – we know this from influenza – influenza vaccines never fit or they come too late – there are no good vaccines. But of you have a vaccine even if it’s only partially effective, you can reduce the time it takes to reach herd immunity because you don’t have to wait for people to get infected – you just vaccinate them. That makes sense – there’s no reason against that. The problem is that if you at the same time you do mitigation – you do lockdowns – you’re doing something that does the exact opposite….you’re delaying the time it takes to achieve herd immunity. It makes as much sense as sitting in a car and hitting the brake and the gas at the same time. You’re not getting anywhere. “

“The problem is that if at the same time [as vaccination] you do mitigation – you do lockdowns – you’re doing something that does the exact opposite….. It makes as much sense as sitting in a car and hitting the brake and the gas at the same time. You’re not getting anywhere.“- Dr Knut Wittkowski PhD

“The problem is that politicians somehow invested a lot of their ego into lockdowns as the thing that has to be done until we have vaccines and now the vaccines don’t work the way it was hoped they’d work….not that any scientist would have believed it…Now the politicians are somewhere in a deadlock…They can’t say “now we can give up the lockdowns now we have the vaccines, because the vaccine doesn’t work – not in that sense. Because the vaccine comes too late. There is always a new virus or version that escapes. You have to wait a couple of months until you have a new vaccine against it. And by the time you have a new vaccine you have yet another new strain.  So that is a never-ending story."

On vaccines and herd immunity

Dr Wittkowski considered “absurd” the idea of getting to 70-90% coverage with the vaccine, the stated target of some governments such as the USA, UK and some EU countries.

"As early as a year ago in March (2020), Sunetra Gupta said we probably need to have about 50% of the population being immune because the basic reproduction number is somewhere around 2. However about 25% of people have cross-immunity from previous coronavirus infections. So we need only 25% of people to get infected or vaccinated."

He goes on to say that when new infections dropped to zero or near zero in June 2020 in New York, 25% of the New York population were already antibody positive.

“The problem we have with respiratory diseases is at the time the vaccine was developed and came to market, after the election on November 4th – surprisingly [stated with sarcasm] – the Wuhan-Milano virus strain against which the vaccine had been developed was not circulating anymore. At that time we [USA] had the strains that were incubated in Spain and France….So the vaccines were designed to create immunity against a strain that didn’t exist anymore and had been replaced by strains that evolved to escape natural immunity and likely at least part of the vaccine-induced immunity.”

“It’s a typical situation where the vaccines come at a time the disease isn’t there anymore.”

“There is a discussion right now whether mass vaccination is bad. And it definitely is not. There is no reason to be afraid of vaccination other than the usual adverse events that we have. You may say ‘I fear the adverse events more than the disease because it tends to be very mild’. People can have that position. But there is no evidence that vaccination causes new strains. It’s just that we’re adding a couple of antibodies to the repertoire that we have. And having more antibodies makes us a bit more resistant to infections…And that reduces the time we reach herd immunity and reduces the risk of resistant strains emerging. So vaccines are good but probably not as good as the politicians were hoping they’d be.”

When Dr Wittkowski is asked about his views on the current crop of novel synthetic biology vaccines, he responds: “I have no fundamental problems with that. The only problem is if we engineer these artificial envelopes….to protect the mRNA that we want to get into cells – to infect the cells – kind of – that mechanism is not very well understood yet. So there could be adverse events coming from this creation of an artificial enclosement that we want to put the mRNA in.”

“Let’s talk about real numbers like American politicians like Anthony Fauci spill at any point in time….it’s a different number every month because the politics are changing… At some point in time he was a scientist, but he has been in a highly political administrative position now for – how long? – 40 years."

“So it was politically importune to say what I’m saying now – so It’s politics, it’s not science”

Dr Wittkowski is resolute that it is lockdowns that give the greatest chance of creating new variants. The more stringent and longer the lockdown and the longer it takes to achieve herd immunity, the greater the risk. Spain, he says, the country that had one of the most draconian lockdowns, incubated the first resistant strain. It then came to the UK in October or November 2020.

“Viruses mutate…they have evolutionary pressure to mutate in two dimensions. One is the disease gets milder because a virus that kills the host can spread less. So disease severity is not good for the spread of the virus….so that more and more people get infected, remain alive, spread the virus. It can become more infectious and in the end everyone gets infected and no-one knows about it anymore because there’s no phenotype anymore….that is the normal course of evolution.”

Among the unmet needs is an approach for the prevention or reduced severity of covid-19 disease.

The approach involves a daily dose of around 6 grams of alpha-cyclodextrin (aCD), a natural dietary fibre that has been proven to reduce blood sugar spikes after starchy meals (as verified by the European Food Safety Authority, 2010). Among its actions, aCD scavenges phospholipids, but unlike the closely related beta-cyclodextrin, its small molecular size means it does not reduce circulating levels of ‘good’ HDL-cholesterol.

Dr Wittkowski argues that aCD supplementation would help to reduce the comorbidities that are so strongly associated with poor outcomes of SARS-CoV-2 infection (e.g. diabetes, obesity, heart disease and even some cancers). But additionally, aCD will reduce the availability of phospholipids so denying resources that would otherwise enhance the replication potential of SARS-CoV-2. In effect, aCD supplementation acts as an intermittent fasting mimetic by reducing the pool of phospholipids used by SARS-CoV-2 (regardless of mutant variants).

>>> Find out more about how intermittent fasting is likely a useful immune defence priming tool against SARS-CoV-2.