A study just published in the Journal of the American College of Cardiology confirms that there is inadequate scientific evidence to main the thirty plus years of demonising foods high in saturated fats, including whole fat milk and cheese, unprocessed meat, eggs and dark chocolate.

That’s quite a revelation given that the American College of Cardiology (ACC) itself, along with the American Heart Association (AHA), continue to recommend low-fat dairy products and a dietary pattern that achieves just 5-6% of calories from saturated fats.

But is the fact the ACC’s own journal publishing science that says it’s low fat recommendations are baseless a sign that it will do a U-turn?

The reality is a quite straight forward and one that’s now well known among more informed and health-aware members of the public: there’s never been scientific evidence supporting low-fat recommendations.  It wasn’t even that no one was aware of the mistranslation of science, concerns that fats were being demonised instead of refined carbs were voiced as early as 1983. For political and economic reasons, the machine of Big Food, Big Pharma and Big Medicine kept the deception going – and are still doing their best to avoid having to U-turn while the waistlines of populations and the preventable disease burdens continue to ramp up, out of control. For these interests, it was okay to allow people to continue to think – wrongly, without any supporting science – that  eating fat made you fat, so eating less fat would make you less fat – while giving you less heart disease in the process. The only type of fat for which this relationship is proven is trans fats, as found in processed foods. Linking trans fats and saturated fats to similar outcomes was convenient, even if without any basis.

Improving dietary patterns and reversing the stigma against eating more healthy fats, including healthy saturated fats, requires dealing with 4 conundrums that have been widely misunderstood for years: 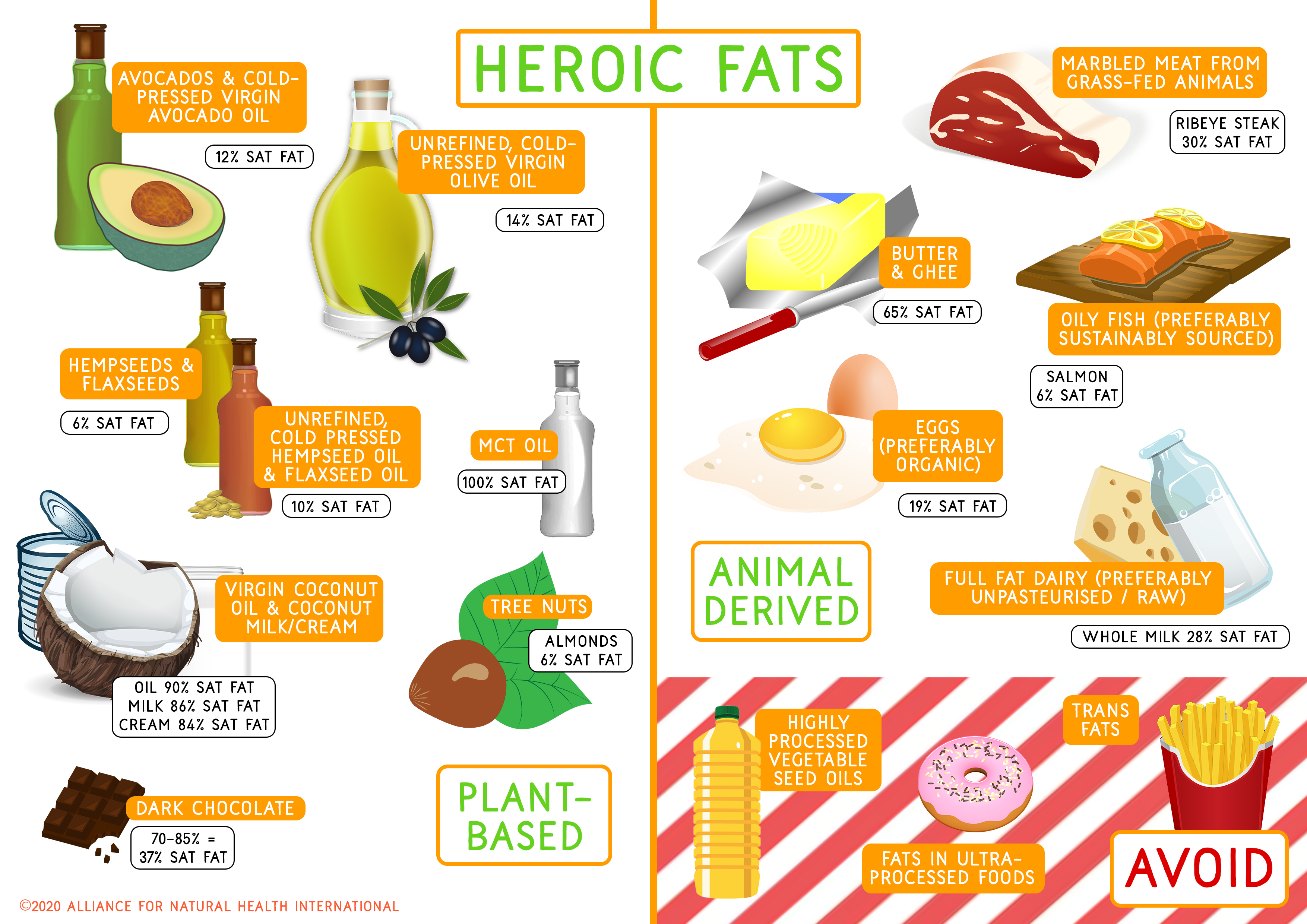 Is a U-turn nigh?

Last week, the US-based, non-profit, non-partisan nutrition educational organization, the Nutrition Coalition wrote an open letter to the US Department of Agriculture (USDA) alleging a serious threat to the integrity and trustworthiness of the US’ federal nutrition policy. The allegations were made by some of the members of the Dietary Guidelines Advisory Committee (DGAC), a powerful group of experts under the direction of the USDA and US Department of Health and Human Services (USDA-HHS). In light of these revelations, the Nutrition Coalition is calling for a delay to DGAC’s expert report, which will become the US dietary guidelines, to ensure adequate time for a thorough investigation of these allegations. Investigative journalist and author of the Big Fat Surprise, Nina Teicholz, also Executive Director of the Nutrition Coalition, pronounced, “These allegations range from deleting scientific reviews without public notice to failing to adopt reforms mandated by the National Academies of Sciences, Engineering, and Medicine (NASEM). The NASEM identified numerous ways that the DGA needs to be reformed in order to ensure a scientifically rigorous process and, in their words, for this policy to be ‘trustworthy’”.

The Nutrition Coalition has just released an account of its concerns given the DGAC’s stated intention to exclude studies on weight loss and refusal to consider recommendations for saturated fat intake above 10% of calories – just like the UK.

US readers who think it’s wrong that the US has yet to endorse low carb diets in its guidelines despite 42% of its population being obese can take action by joining the Low-Carb Action network’s campaign. The movement is building a head of steam, there are some big players on board with it, including in Congress. Help keep the ball rolling – to save lives and the next generation.

Where’s the UK at on fats?

The UK Government through the Scientific Advisory Committee on Nutrition (SACN) carried out a review of dietary fats and health which it published last year. It also showed little interest in a U-turn, recommending that saturated fats shouldn’t exceed more than this arbitrary level of 10% of total energy.  We argued that these recommendations were achieved by design by those business interests most likely to benefit, rather than from a balanced review of all the available evidence.

We wait with baited breath for the SACN report on low carb diets and type 2 diabetes risk which will apparently be published next year.

If it doesn’t mimic the US guidelines, we’ll eat our bicycle helmets.

Famed for its love of potatoes and Guinness (a source of B vitamins and iron), Irish kids aged one to 5 have been gifted revised dietary guidelines by the Food Standards Authority of Ireland (FSAI). Notably, the recommendations include:

The larger, potentially stronger kids must make do with the inferior, more tampered version of the milk a cow makes for its calves.

Good science has been at the heart of everything we've done at ANH since we started in 2002. The concept of whole foods is now well appreciated among independent scientists in the nutritional research community. Nutritional research comes in many forms - from intervention trials, through to prospective cohort and retrospective case control studies. But it also comes from clinical experience. The complex of balanced saturated fatty acids in the healthiest red meat from grass-fed cattle or sheep - marbled with fat - is good for us, not bad for us.

That's why the ANH-Intl healthy eating guidelines look as they do (for adults and kids), and for those who choose to avoid animal-derived foods, we've created a vegan version of our guidelines:

Additionally, please ask your elected representative to put pressure on your government to stop demonising fats in its guidelines. Low-fat diets are not supported by the latest or any previous scientific consensus. People have got fatter, more sick and are dying more quickly - including of Covid-19 - because governments have been giving the wrong advice for over 3 decades. Get your elected representative to take action now!

Find your elected representative below: