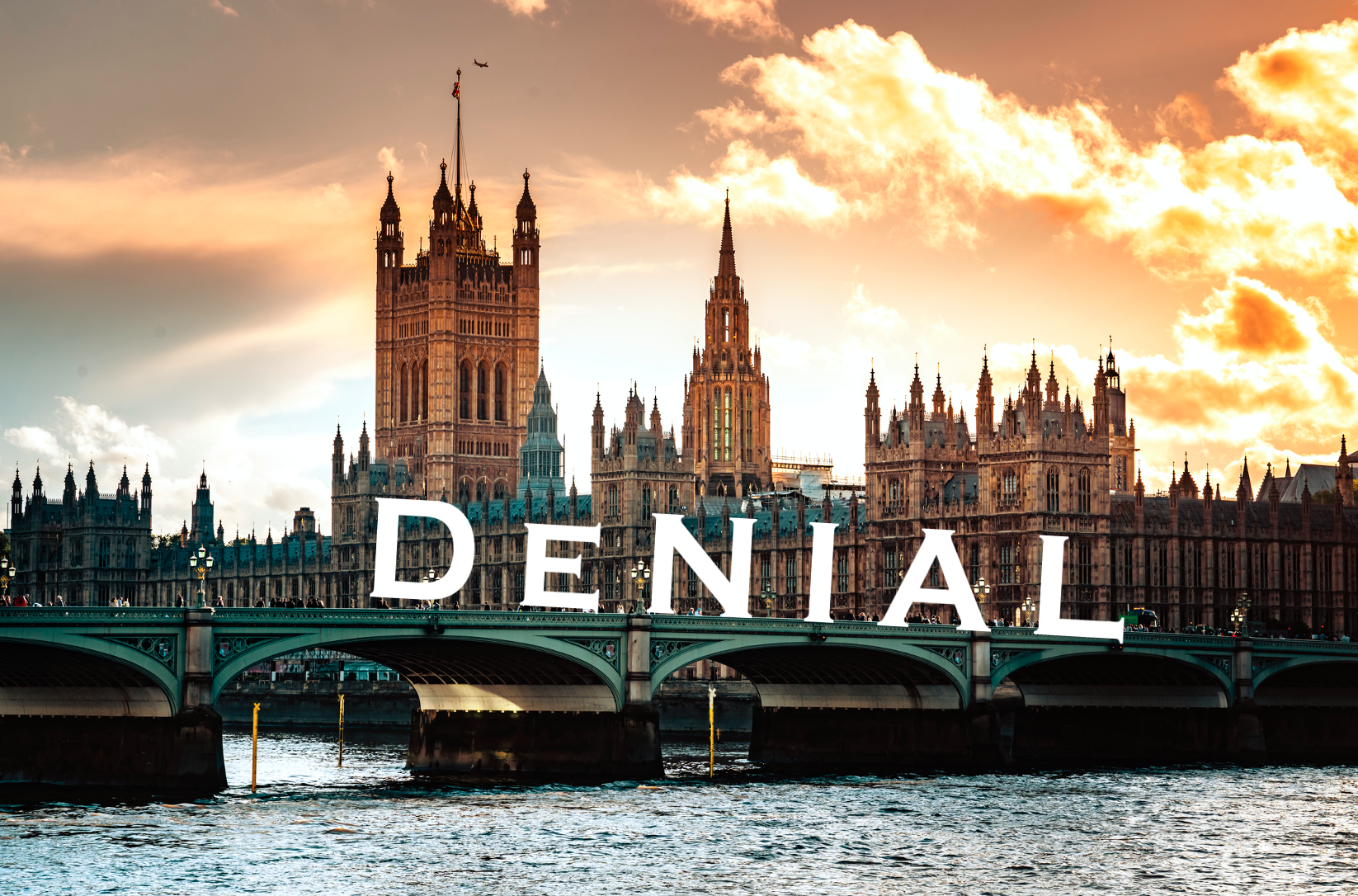 When politics meets science in an era of multimedia censorship and propaganda, those most needing support may become the most neglected

Just 4 days after a detailed inaugural meeting of a newly formed All Party Parliamentary Group on Covid Vaccine Injury, on Monday 24th October 2022, a sparsely attended UK parliamentary debate took place to discuss a citizen petition with more than 105,000 signatures calling for an inquiry into the safety, or otherwise, of covid ‘vaccines’.

It was clear from the outset that the UK Government is steadfast in denial of the existence of covid vaccine injury. Dr Caroline Johnson, Parliamentary Under-Secretary of State for Health and Social Care was clear on the matter. The UK government will not be opening an inquiry to focus specifically on the safety of covid jabs. As far as the government is currently concerned, the case is closed.

The Government seems to be in denial about the risks of these vaccines.- Sir Christopher Chope, MP

Introducing the debate, Conservative MP, Elliot Colburn, quickly revealed his allegiances and viewpoint with an aggressive opening, taking potshots at those who’ve been injured or who have questioned the safety of covid injections, dismissing them in one fell swoop into the much-used waste bins of "anti-vaxxers" and "conspiracy theorists".

Reading from a prepared script that reiterated the message that the jabs are "safe" and have saved millions of lives, he didn’t stop for a moment to consider the effects of the damage suffered by so many, as well as their loved ones. Did it really occur to Elliot Colburn why over 100 thousand people in the UK felt strongly enough to sign the petition?

Flying in the face of facts

MPs, Sir Christopher Chope, along with Danny Kruger and Andrew Bridgen were all in attendance demanding the Government listen to the concerns of those who’ve been harmed, as well as to the many scientists and doctors who’ve beem dealing, with very little support, with the aftermath of the covid jab rollout.

The fact the covid injections are not completely safe has been admitted by the Government in its guide to the boosters, which indicates the possibility of serious side effects and recommends that people seek medical advice should they experience issues. As we know from many of the covid vaccine injured, many who have sought support are either rebuffed by the mainstream system, or they find it has nothing to offer (because there is no existing treatment pathway for covid vaccine injury). The guide also minimises the risks of serious adverse events, stating that most people recover quickly. It says nothing about what happens to those who don’t recover.

Many people now would not touch a booster with a bargepole, and I include myself among them. I am not anti-vax—I had my first two vaccines—but from all that I have seen and know about this, the increase in boosters is counterproductive for many and dangerous for some
- Sir Christopher Chope, MP

The plight of the vaccine injured is not limited to the UK. In Australia, payouts from a compensation scheme for people harmed by covid jabs have been called absolutely pitiful. So far, less than 2% of claimants have received compensation. The scheme, which is being described as extremely complex and restrictive, doesn’t cover legal costs leaving many unable to make a claim. Contrary to the continued dismissal of those who’ve been injured, Government budget papers reveal a very different story as it estimates covid jab injury payments will explode in 2023 with AUD $77 million being allocated to the scheme.

In the US, the Countermeasures Injury Compensation Program (CICP) has yet to pay out any compensation due to its complexity, the nature of proof required and time limits placed on potential claimants.

In the US, more than a year after it quietly disclosed potentially serious adverse events in elderly people related to Pfizer jabs, the Food and Drugs Administration (FDA) has failed to deliver its promised analysis leaving many more to needlessly suffer serious harm. The reason – because to do so might undermine confidence in the injections.

Every day yet more evidence of the harms caused by this new generation of ‘genetic vaccines’ is being revealed both through scientific papers and, increasingly, in mainstream scientific publications.

In July, the Paul Ehrlich Institute in Germany confirmed one in 5,000 people had experienced a serious adverse event following covid injections. Yet the rollout of booster jabs continues unabated.

The Informed Consent Action Network recently sued the US Centers for Disease Control and Prevention (CDC) successfully obtaining data from the V-Safe app. The findings are sending shockwaves through pro-vax communities as people start to question why authorities are hiding data if, as claimed, covid jabs are safe and effective.

It’s more essential than ever that vaccine injury data is made available and a fair hearing given to those who’ve been injured.

Does talking to Parliament change anything?

Legacy (mainstream/MSM) media has mocked the parliamentary debate stating “A few MPs raised concerns…” before reiterating the government message that a separate inquiry will not take place as covid genetic vaccines are safe and effective. News of the new All Party Parliamentary Group meeting for the covid vaccine injured's meeting has seemingly fallen on deaf ears as not one mention in the MSM has acknowledged its existence.

For the time being, the UK government stands resolute in its refusal to acknowledge the plight of the vaccine injured. That is something that we - the grassroots - can all change. Let's remember that the early victims of Baycol, Vioxx and Bextra faced similar neglect.

The strength, will and voice of the vaccine injured is becoming louder and stronger every day, bolstered by the growing numbers of people who are affected, and ever more scientific recognition of the risks. Tragically, because more vaccine injured people will be the inevitable consequence of the continued push on boosters by health authorities, it will be the strength in numbers that ultimately turns the tide.

If you think you or any loved ones have been affected adversely by covid vaccines, connect to organisations like UK CV Family and VIB UK for support and action.

>>> Find out more about the work of the UK CV Family

>>> Find out more about VIB UK

>>> Back to ANH-Intl homepage