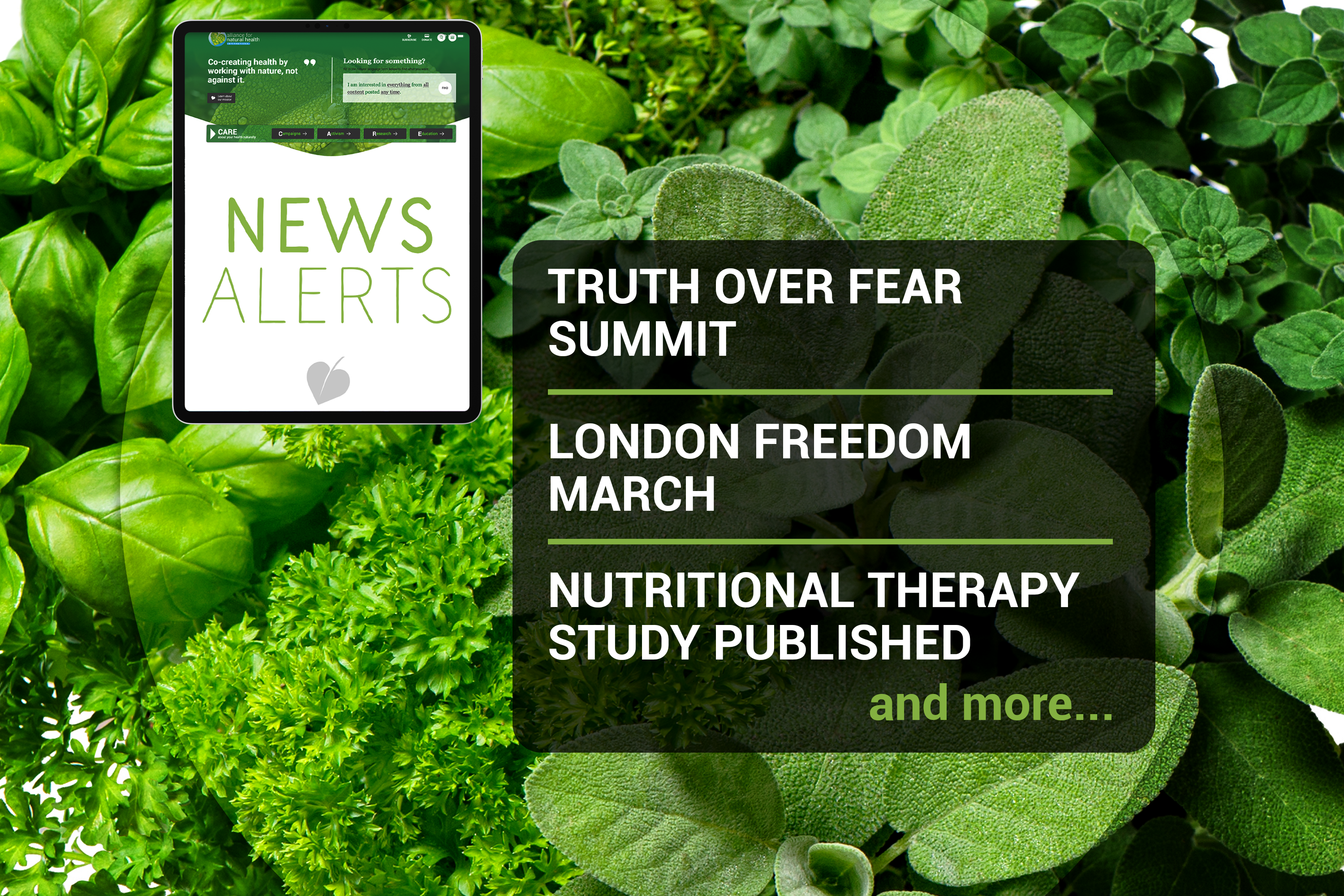 A brand new FREE summit has been launched to bring you the truths Big Tech doesn’t want you to hear. Taking place this weekend between 30 April and 2 May 2021, the Summit brings the unbiased, uncensored truth behind the mainstream headlines. Nearly all of the speakers involved in the Summit have been censored in some way or other. On the day the Summit was launched, all the related mainstream social media accounts for the event were summarily deleted. The Summit features high ranking church leaders, as well as Robert F Kennedy Jr, Dr Wolfgang Wodarg, Dr Judy Mikovits, Dr Reiner Fuellmich and many more well known doctors, scientists, researchers and journalists from around the globe, all of whom are standing up for transparency, proportionality and freedom. The Summit expects to bring citizens from around the world together, to resist the wholesale removal of our basic rights and freedoms and stand up to oppose the draconian restrictions and power grabs happening globally. Click here to book your free seat at the Summit and share with your friends. It could just change your life, forever!

Saturday 24th April should have lit up mainstream and global news networks like a beacon as hundreds of thousands of ordinary citizens marched through London calling for their stolen freedoms and civil liberties to be returned. By far and away the largest protest London has seen since lockdowns began. Instead, a virtual media blackout resulted in little or no mention of the event until police intervened to forcibly break up the after-party, where people were peacefully listening to live music in Hyde Park. Unfortunately, the police force resulted in an angry push back from those remaining in the park, despite other protesters trying to bring calm and protect the police. In a display of prejudiced and unbalanced journalism, mainstream media were quick to report the scuffle and portray what had been a heart-felt and peaceful day as a violent and unsafe event. Dan Wootton writing in the Daily Mail, expressed his disgust at the lack of reporting of the march saying, “It seems our broadcasters, which claim to be impartial, have made a decision to only accurately cover the demonstrations of causes that the London metropolitan elite believe in.” Watch here and here to see the extent of the protest that brought together people from across the UK in a show of strength and solidarity against the totalitarian control being foisted upon citzens. In the end, as history tells us, People Power will prevail. It's just a matter of time.

Scientists call for an end to covid restrictions

Twenty-two leading scientists have signed an open letter to The Mail on Sunday calling on the UK Government to end all covid related restrictions on the 21st June, including mask wearing and social distancing, as well removing restrictions in schools no later than 17th May. In the letter they criticise ‘confused and contradictory’ messages from the government and its scientific advisors, which they say exaggerates the threat posed by the virus. The letter comes as the UK experiences its lowest number of cases and covid related deaths since last Summer, yet the UK government is showing little or no willingness to live up to its pledge that it will follow the data as it lifts covid-related restrictions.

A Canadian doctor, who has served his community for 28 years, has defied a gagging order to speak out about adverse reactions in his patients following covid vaccination. Dr Charles Hoffe vaccinated 900 people through his clinic with the result that 2 people experienced anaphylactic shock, one person died and several others experienced debilitating symptoms that could permanently disable them. In contrast, no-one in the community died or became permanently disabled due to covid-19 infection. After he wrote to other local medical personnel to express his grave concerns about what he was seeing and asking if the vaccination drive should be paused temporarily to allow for further investigation, he received a stern rebuke from health authority managers who accused him of vaccine hesitancy. As he witnessed more adverse reactions he became increasingly angry about his gag order. Receiving no response to his concerns he decided to write an open letter to the British Columbia Provincial Health Officer who then dismissed his claims. Hear the full story of why he turned whistleblower in his own words.

Dr Kate Clancy and Dr Katherine Lee tweeted they had experienced problems with their periods following covid-19 vaccination. Hundreds of women responded to the tweet prompting researcher, Dr Clancy, to set up a survey to assess the extent of the problem. The first indication of any issues came from vaccinated women in Israel. A recent article from CTVNews attempted wholesale dismissal of the concerns suggesting it’s normal for women to experience changes in their menstrual cycle and that, “The sheer relief of being able to get vaccinated could also lead to adjustment’s in one’s cycle.” More and more reports are being made of adverse reactions to covid vaccines, including thousands of deaths. So great is the desire of governments to press forward with the vaccination drive that the calls from all who raise concerns and red flags are being ridden roughshod over deeming such occurrences as acceptable collateral costs compared to the risk posed by the virus itself. Significant concerns also remain over the possibility of the potential for the development of autoimmune issues and the driving of mutations of the virus created by the pressure of mass vaccination.

Both the UK and US authorities have deemed experimental covid-19 vaccines to be safe for use in pregnancy. The Center for Disease Control’s decision is based on a study published in the New England Journal of Medicine, which uses self-reported data from "pregnant persons" who have been vaccinated. The researchers report 14% of pregnancies were lost, 9.4% resulted in preterm birth and 3.2% of the babies born were under size. The study mentions the reporting of 46 spontaneous abortions to the VAERs adverse event reporting system in the US out of 221 adverse reactions related to pregnancy. Type in ‘covid vaccine pregnancy’ to search engines and you will be bombarded by media reporting assuring women that it is safe for both them and their baby to be vaccinated based on the flimsiest evidence. Children are our most precious resource as they are the future. Should we really be playing with their health in this way?

The judge in Germany who banned covid restrictions in schools is reported to have experienced significant intimidation following his judgement. He had his home, office and car searched by police, who also confiscated his phone. The Weimar Administrative Court has declared his ruling unlawful. The move is clearly politically motivated by those who are battling to keep ordinary citizens intimidated and in fear lest they realise that there is more to this agenda than is publicly communicated by authorities.

The Institute for Responsible Technologies has released its new film ‘Don’t Let the Gene Out of the Bottle’. The film seeks to educate people about the dangers of gene editing to human and environmental microbiomes as well the unprecedented threat for the permanent corruption of nature’s existing gene pool. The accompanying website gives more information about the actions we can take to protect not just the environment, but ourselves from the unrestricted use of genetic engineering techniques that are being blatantly misrepresented as safe and similar to processes that take place naturally in nature. Once this genie is out the bottle there will be no going back. Now is the time for action.

Mask wearing by the general public leads to health issues. A new study published in the International Journal of Environmental Research and Public Health, which reviewed studies into the health effects of mask wearing, concluded there are many negative effects from mask wearing by the general public. Not only does mask wearing result in a wide-range of short-term issues, the researchers also found evidence of potential long-term problems. Unlike studies that support mainstream narratives, the study has received nary a mention by media parroting government diktats, despite the widespread use of masks in the general population. A paper, published in Medical Hypotheses in January, that concluded mask wearing results in adverse physiological and psychological effects and do not prevent disease transmission has reportedly been slated for retraction due to alleged anomalies in the author’s credentials (we have a PDF copy saved. If you'd like a copy please email the team on [email protected]). The censorship of scientific studies is now taking place at unprecedented levels. How can authorities claim to be 'following the science' when large parts of 'the science' are being removed and scientists are being gagged?

Nutritional therapy is an effective way of improving individual health and wellbeing. A new study published in the Online Journal of Complementary & Alternative Medicine from researchers at the University of Worcester studied the interactions between student nutritional therapists and their clients. Outcomes were measured using validated questionnaires, namely Measure Yourself Medical Outcome Profile (MYMOP), to assess improvement of symptoms, and Working Alliance Inventory (WAI-SRC), to assess client/practitioner relationship. The most common reasons for seeking help from a nutritional therapist were digestive issues and low energy. A statistically significant improvement was seen in symptom resolution. The importance of the client/therapist relationship was also highlighted by the study.

Denmark has updated its Official Dietary Guidelines to make them more climate friendly. The authors have clearly taken inspiration from the EAT Lancet report as they endeavour to reduce the amount of meat people eat (from 500g to 350g per week) while increasing the amount of plant-based foods in their diet (100g legumes per day). The guidelines continue to recommend highly inflammatory seed oils and low-fat dairy products along with increased consumption of wholegrains, all of which drive inflammation and are contributing to the epidemic of chronic disease. Our soon-to-be released new book, RESET EATING, will bring you more information and practical tools for serious health creation that you won't get from government guidelines. Please click here to register your interest in purchasing a copy, once both the eBook and paperback are available, and claim your special 20% launch discount.